Nuns on the Bus 2016: We are all hungry for justice

by Larretta Rivera-Williams
This article appears in the Nuns on the Bus feature series. View the full series. 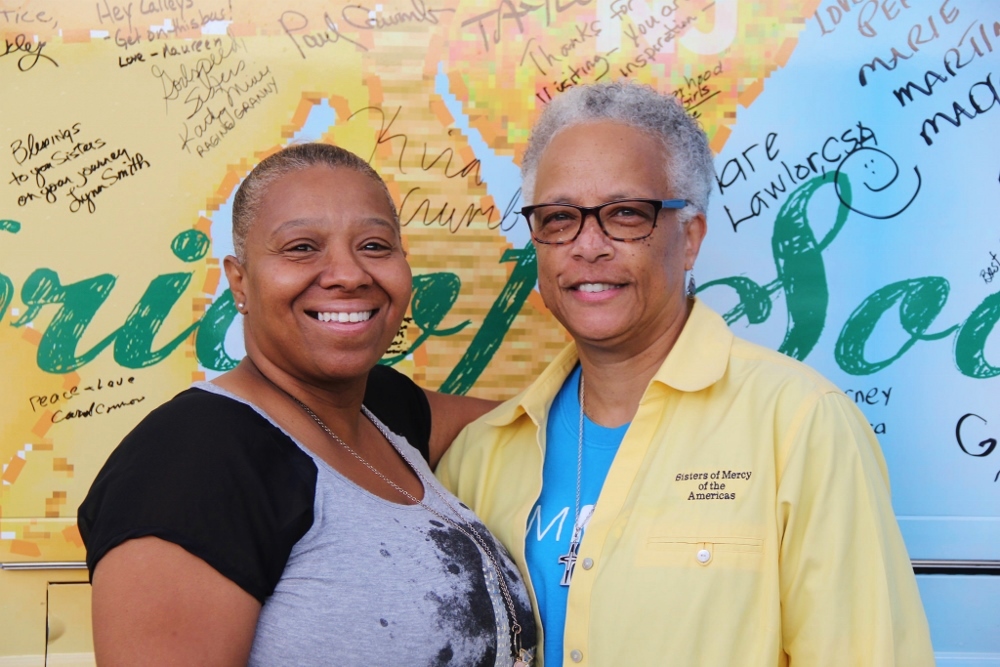 Sr. Larretta Rivera-Williams, right, with Ms. Angie, client of Central Missouri Community Action's Cole County Family Resource Center in Jefferson City, Mo. They are standing by the 2016 Nuns on the Bus bus, which already has plenty of signatures even on Day 3 of the tour. (Jennifer Wong / Courtesy of NETWORK)

St. Louis, Missouri — Global Sisters Report brings you special coverage during NETWORK's 2016 Nuns on the Bus tour, which started July 11 in Wisconsin, runs through the Republican National Convention in Cleveland, Ohio, and concludes July 29 at the Democratic National Convention in Philadelphia. See more photos day by day,  News from the Road blogs and videos from NETWORK Lobby, the sponsor of Nuns on the Bus.

We can't all sleep on a bed of clouds. Some people in our town have to sleep on stone or concrete streets.

So young and so astute to the world around her. I have never met Layla, but thousands can relate to stone pillows and the cold concrete.

I've never lived in public housing; never feared the drug dealer residing next door. I have never had to use public transportation nor worry about what I would have to eat.  I have been hugged, however, by those who have.

The people greeting us along the way are so grateful that we have chosen to visit with them. Men, women, and youth thrilled that Nuns on the Bus has made a stop in their city. What a humbling experience this has been!

When we step off the bus people cheer and rush forward to shake our hands. Some people with tears in their eyes want to hug us, telling us how much it means to have us with them. Sr. Susan Rose Francois is keeping count of the number of times Sr. Simone Campbell is introduced as a "rock star."

People are hungry for justice! People are filled with questions of "why" and "what can we do?" People are searching for answers in a country of uncertainty. People want to be listened to without being threatened, judged, or silenced.

Nuns on the Bus is scheduled to travel to 13 states and 23 cities. We have already been to three states and four cities. I know that we have given people a sense of hope and a start to finding the answers.

We begin our day with prayer. Grateful for the people we have met; emotionally moved and strengthened by their sacred stories. We continue forward with their blessings and the power of the Holy Spirit.

The bus is moving and bouncing us along east 64 to St. Louis. Before we lay our heads upon "a bed of clouds" tonight, I wonder how many people will we have met who are afraid of the drug dealer next door, need transportation to a second job that still only allows them to live from pay check to pay check? How many will we have met today who are in need of food and a place to call home; in need of health care to receive proper medical attention for an elderly parent, a sick child, or to seek proper care for themselves?

How many will we have met who are simply hungry for justice?

[Larretta Rivera-Williams, RSM, is originally from Winston-Salem, North Carolina, where she is coordinator of pastoral care at St. Leo the Great Catholic Church. Since entering the Sisters of Mercy in 1982, she has ministered as an elementary, secondary, and divinity school educator. She has written and produced plays as well as directed and choreographed.] 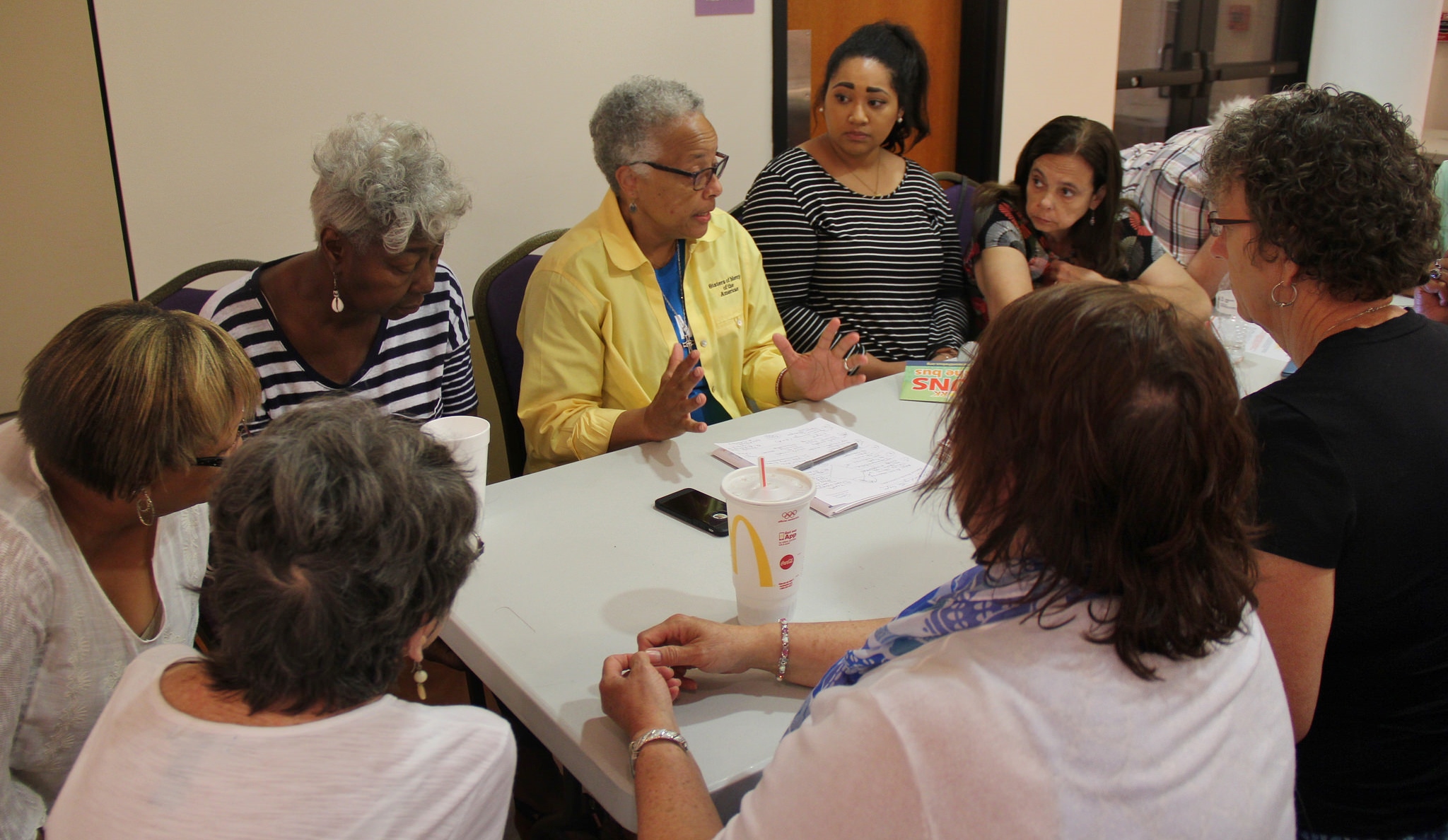 Nuns on the Bus 2016: We are all hungry for justice