Ilia Delio, a Sister of St. Francis of Washington, D.C., is Haub Director of Catholic Studies and Visiting Professor at Georgetown University. Previously, she was a Senior Research Fellow at Woodstock Theological Center, concentrating in the area of science and religion. She was Professor and Chair of Spirituality Studies at Washington Theological Union where she taught courses in the History of Christianity, Franciscan theology, and science and religion. She holds a doctorate in pharmacology from Rutgers University-New Jersey Medical School and a doctorate in historical theology from Fordham University. She is the author of 14 books, including Care for Creation, and is a regular contributor to Global Sisters Report.

While some conservative politicians criticized Pope Francis for his encyclical on the environment, saying science should be left to scientists, Delio has long lived at the intersection of science and spirituality. She praised the encyclical, calling it “remarkable.”

What makes “Laudato Si', on Care for Our Common Home,” so remarkable?

I think it’s remarkable in many ways. Pope Francis has stepped forth in a radical gospel way, he’s walking the talk. This shows it’s a living church with a living gospel. He clearly did his homework for this – this is material that has been, in a sense, in the forefront of ecologists’ and environmentalists’ minds since the 1990s.

It’s very consonant with the tradition of creating a living doctrine, but I think he’s gone beyond any of his predecessors with this – it’s his tone, the urgency.

It’s not just a statement, it’s a teaching document, it’s an action document. It’s about the survival of the planet – what we’re doing to it is a sin.

And yet you also see a downside.

I don’t think it’s going to cause a significant impact on the structures of our relationships. This is deep, deep rooted – it’s not just a 21st-century problem. This way of life has become genetically wired in us; it’s a way of thinking that goes back several centuries. So to try to turn this around with one document is, in my mind, not feasible.

To turn this around takes three things. One, the church must walk the talk. If we’re going to call for structural changes, we must have the same structural changes within the church itself. That goes for everything, even in terms of gender, male and female. Science tells us male and female are equal, so how do we worship in medieval ways when we’re saying that science informs us? The institution must model the very changes we’re putting forth to the world at large. You cannot have an all-male hierarchy to the exclusion of half the population and say we are all equal.

Two, we need to address technology. It’s one of the great challenges today, and it’s already in transition. We are not just images of God as human persons, we are images of God as techno-sapiens. We need to see God working through technology as we become another species. We need to take evolution seriously, because we are in evolution together. Instead, Third World countries just want to be First World countries. We don’t have an over-arching cosmology together.

Third, the church needs to present a model of how this can work. What is our dream? What is our dream for the world and how can the church empower us in that dream for the world. It’s good what he’s doing, but it’s not going to move us. People are moved by vision and imagination. And we need to put that into action. The church needs to re-create itself as a model of what a godly world might look like.

Do you think things will change?

Well, kudos to the pope for stepping up and at least trying. But it’s not new – we’ve been doing this since 1962, when Rachel Carson wrote Silent Spring. We’ve been talking about this for 50 years and nothing has changed.

I look at what’s driving people, and it’s desire. We want things. Even when people are poor, why are they running to the Apple store to get that watch? Desire. 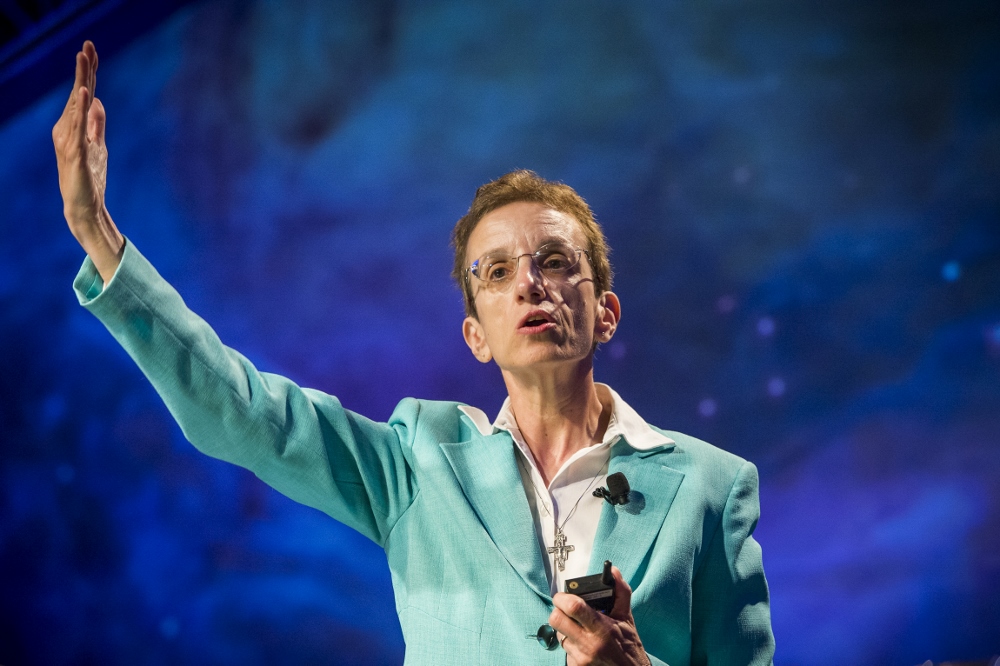