Sr. Maureen Catabian has fought quite a few battles in government’s decades-old war with Maoist rebels.

Her enemies are inequality between rich and poor, and injustice, she tells Global Sisters Report. She believes these are the root of the conflict between the government of the Philippines and Communist Party of the Philippines, its New People’s Army of some 4,000 fighters and political allies in the National Democratic Front Philippines.

The 23 years since Catabian made her first profession of vows with the Religious of the Good Shepherd Philippines have been full of experiences with people who struggle with inequality and injustice, including her own relatives.

In 2012, Catabian joined other religious men and women who organized the burial Mass for a resident killed in a clash between protesting residents and riot police over clearing a market area for a low-cost housing project. Catabian’s group later probed allegations of human rights violations during the demolition and other problems.

Catabian also has compared the imbalance between the life in more affluent cities and the barrios. She remembers watching a boy in a southern Philippines literacy class trying his best to practice writing with nearly used-up pencil that was so little she could hardly see it in the boy’s hand while he wrote.

But for the time being, the violence is expected to ease after the two parties in stalled peace negotiations declared separate ceasefires during the Christmas and New Year holidays and for Pope Francis’ upcoming visit.

Armed Forces Chief General Gregorio Pio Catapang has announced the suspension of military and police operations Dec. 18-Jan. 19, the last day of the pope’s five-day visit to Manila and typhoon-ravaged Tacloban City. The Communist Party of the Philippines declared its ceasefire in effect Dec. 24-26, Dec. 31, Jan. 1 and Jan. 15-19.

Just ahead of the church’s commemoration of World Day of Peace Jan. 1, Catabian, a member of the Good Shepherd Sisters’ Women, Justice, Peace and Integrity of Creation team, talked about its efforts toward a just and lasting peace for all, especially for powerless Filipinos.

How do you see the problem of insurgency in the country?

Insurgency is only a symptom of a much deeper problem, which is inequality – the widening gap between the rich and the poor. This is why there is poverty and exploitation.

What is the implication of this for peace talks?

We are pushing negotiating parties to include in their discussion examining and talking about this dehumanizing poverty that grows out of government policies.

What do you mean?

For example, governments are pushing peace with Muslim rebels in Mindanao [southern Philippines] so that there will be a good investment climate in which investors will not be afraid to put their money in the Philippines. Investments remain the goal. Globalization is the economic model.

How does globalization impact Filipinos?

Government planners and economists say migration is a tool for development, but from the experience of many individuals, this is not true. Of the millions of Filipino migrant workers, how many of them have actually experienced progress in their lives from working abroad? I have a brother who suffered a stroke. After working for 20 years in Saudi Arabia, he could not get any benefits. People are used for profit, and when they become disabled and need benefits, they are made to stand in long lines and wait a long time to hear back from the government.

What is the connection with insurgency?

If we do not address these problems, how can you have peace and justice in the country? Even after we deposed Ferdinand Marcos [in 1986] as president, it’s still a problem because policies have not changed. We are still in the framework of globalization that Pope Francis describes in his apostolic exhortation.

That kind of economic model the pope is talking about, this is it. We are the face of globalization. We have been teaching about globalization since the 1990s and here are its fruits, but few would listen or believe.

What is the hope for solving root causes of insurgency?

Under this economic model, there is none. There has to be radical change. If our government will focus on the people, on the situation of Filipinos and not investment, there might be improvement and hope for peace. But right now, the president speaks much about investors, money, profit. So it seems like his priority is really not the people who live here in the country.

How did you develop this view?

In my work, I got exposed to the reality of the inter-connectedness of these issues. You cannot say insurgency is a separate issue from poverty, poverty has no connection with migration, abuse of women has no link to all these. For example, more women are peddled for overseas labor.

One network, Kapayapaan [peace], unites faith-based organizations and some lay groups. I’m part of it as a convener of the Pilgrims for Peace group that has been advocating for the government to pursue peace talks with rebel groups. When Kapayapaan was formed we focused on three calls: resume peace talks, honor the bilateral agreements already signed and address the roots of the armed conflict.

After studying psychology, I did human resources work in a telecommunications company. With Good Shepherd, I worked in crisis intervention. When you are helping a person in crisis, of course you need to examine the person’s context and see where one is coming from. You will see they are not separate from society’s problems.

I also had the opportunity in 2006 with our Justice and Peace office in New York. With NGO status, I had a chance during my internship for lobbying government organizations and creating interventions at the United Nations. This helped expand my perspective.

In the Philippines, I had the chance to visit our literacy schools in the hinterlands, where people are often branded as rebels or communists when all these people want is to study and have a decent life. Even our programs before were labeled as sympathetic with the New People’s Army.

In 2006 our contemplative sisters in Butuan were suspected of harboring rebels. The military said they had an intelligence report saying this, but there is no truth to it. If we nuns are treated that way, what could they do to poor, uneducated people?

Why did your group Kapayapaan write its recent letter to the Catholic Bishops’ Conference of the Philippines?

I was signatory to a letter sent to bishops conference from the Kapayapaan advocacy network. We wrote because we see the importance of leaders and institutions pushing peace talks and because we do not hear the bishops’ conference speaking out on the impasse in the government’s peace talks with the National Democratic Front [left-leaning coalition].

We heard there was a high-level meeting that was going to discuss how the government of the Philippines and the National Democratic Front could move forward with its stalled peace talks. We asked the bishops’ conference whether they could help us facilitate the resumption of peace talks. We sent the letter to the conference in early November.

Were you satisfied with the reply?

In response to our appeal, they came up with a statement that sounds like they took the side of the government and armed forces. They did not look into the side of the National Democratic Front. For example, why are people resisting the government? Why are they continuing to struggle? How can it promote dialogue?

What about the use of violence?

We don’t want violence. We want harmony, peace, dialogue, solidarity, justice – whatever will promote the fullness of life. But violence prevails with many faces – the violence of poverty, exploitation, the violence of the gun. 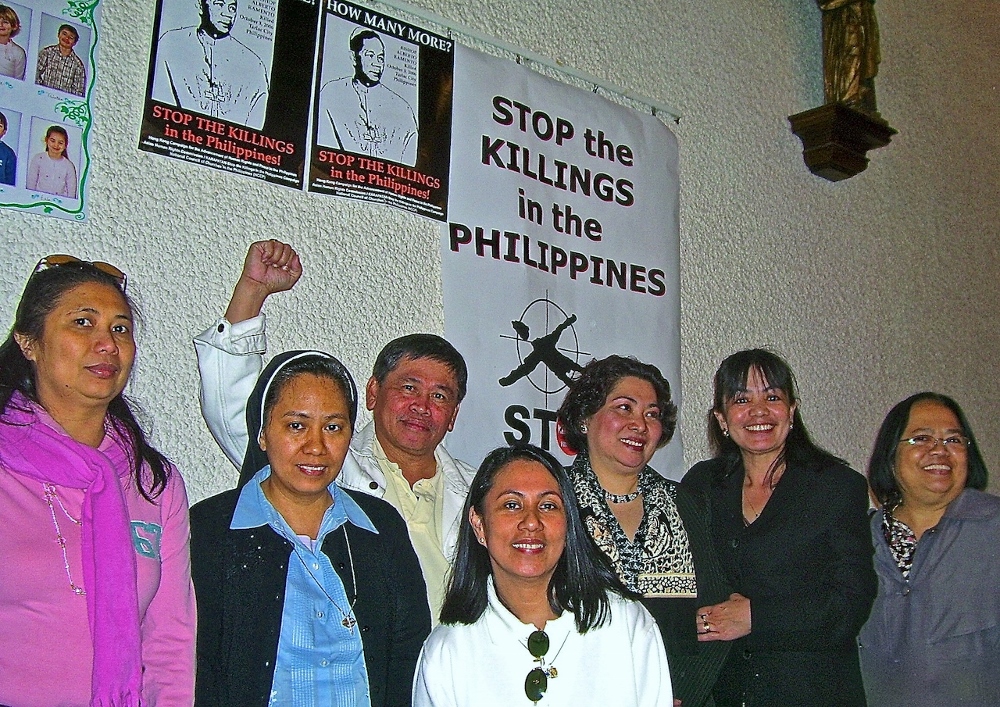 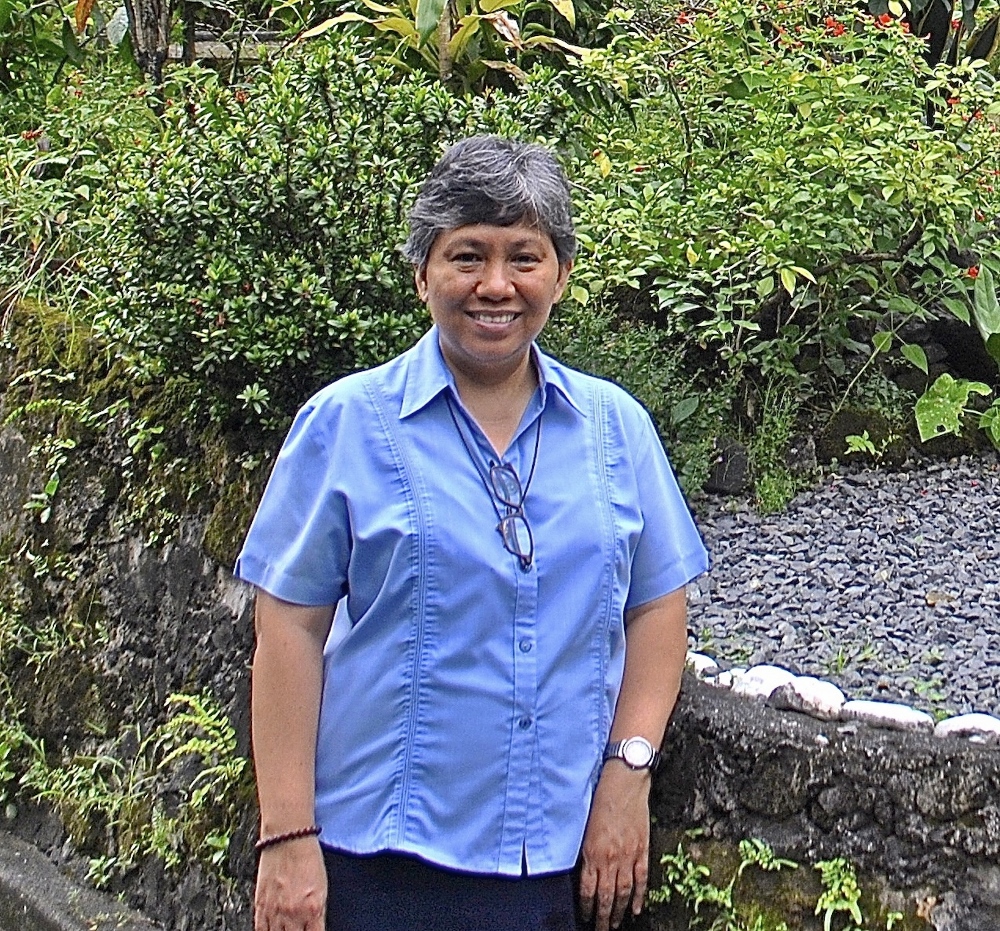