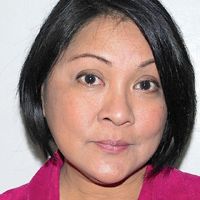 N.J. Viehland served as a reporter, Philippine news editor and reporter trainer in her two decades with UCA News. She was head of operations in the Philippines until 2012, when she began freelance reporting on the church in the Philippines and Asia for National Catholic Reporter. In 2014, she joined Global Sisters Report as a correspondent in the Philippines.

Q & A with Sr. Marietta Banayo

The Philippine government’s efforts to implement a peace agreement with the rebel Moro Islamic Liberation Front may have hit another bump in Congress, but on the ground, Missionaries of the Assumption nuns are relentlessly working to forge peace through dialogue. Sr. Marietta Banayo of the Missionaries of the Assumption community in the autonomous region’s Malabang town told Global Sisters Report in late May that the law would bring hope, especially to people in the most underserved areas in Mindanao.

Leading Filipino Catholics welcome pronouncements Pope Francis made on contraception, family and marriage when he met with thousands of families in Manila Jan. 16. Francis reiterated at the Manila meeting the church's teaching on human life, marriage and family promulgated by Pope Paul VI in his 1968 encyclical Humanae Vitae. At the same time, the pope "offered leeway" for particular cases where the ban on artificial contraception may not apply, noted Benedictine Sr. Mary John Mananzan.

Just ahead of the church’s commemoration of World Day of Peace Jan. 1, Sr. Maureen Catabian, a member of the Good Shepherd Sisters’ Women, Justice, Peace and Integrity of Creation team, talked about its efforts toward a just and lasting peace for all, especially for powerless Filipinos. Her enemies are inequality between rich and poor, and injustice, she tells Global Sisters Report. She believes these are the root of the conflict between the government of the Philippines and Communist Party of the Philippines, its New People’s Army of some 4,000 fighters and political allies in the National Democratic Front Philippines.

Troubled Filipino Worker in Japan? Call Sr. Marcy. If you are a Filipino migrant worker in Japan who has had troubles with immigration, chances are you have heard of Sr. Marcy Jacinto. She is the Mercedarian Missionaries of Berriz nun from Zamboanga City, southern Philippines, whose name and mobile phone number are circulating in detention centers for undocumented migrants in Japan, or in homes of families of problematic Filipino workers.

Q & A with Sr. Crecensia Lucero