Sr. Ruth Schönenberger has been prioress of the monastery of the Missionary Benedictine Sisters of Tutzing, a community of 70 nuns in the German province of Bavaria, since 2015. Schönenberger is also responsible for Benedictine communities in Bernried, also in Bavaria, and Dresden, in Saxony.

The Missionary Benedictine Sisters of Tutzing was founded in 1885. Today, it has 1,300 sisters in 19 countries.

GSR: Sister Ruth, in a recent interview, you called for real gender equality in the Catholic Church. Has this anything to do with the recent publication of many cases of abused women, including religious women? Have we reached a turning point?

Schönenberger: The question of equality of women was already a topic at the Second Vatican Council. It is not a new one. The discovery of the numerous cases of abuse has certainly uncovered terrible things. Now, it must be clear that we cannot go on like before. It is not possible.

The chairman of the German bishops' conference, Cardinal Reinhard Marx, clearly took a stand in his statement to the Synod of Bishops on Oct. 11, 2018, at the Vatican, when he said: "And for the sake of our own credibility, we must involve women at all levels of the Church, from the parish to the levels of the diocese, the Bishops' Conference, and thus in the Vatican, more in leadership tasks. We really ought to wish this and implement it."

Cardinal Marx has set this turning point, and now it is time to act.

The Catholic Church has always worked as a rigid institution where authority is preferred to dialogue. Why should this change?

In the past centuries, the church has put too much value on unity and has too little appreciated diversity. I think we have a fairly legalistic church that is very much shaped by laws and regulations. That is not how I experience Jesus.

In a community like mine, I do not lead alone, but with my sisters. In the past years, we have learned to discuss more and more topics together.

It is just as important that everyone can and should contribute. Community is something I have to get involved with. I believe that we will only continue in the church if we all bring in our very different facets. We just had a general chapter on how we are different and yet one.

I find it very precious that we no longer have this rigid, hierarchical system. But it is also clear that at the end of the day, somebody has to decide.

In the church, men hold all the power because only they can be ordained. Why is that, in your opinion, less and less acceptable?

I take for granted that a woman can also be ordained. I do not understand the reasons against it. I am surprised that the presence of Christ is reduced to being a man. We have here also qualified theologians who only lack consecration — nothing else. I often wonder why this differentiation is made based on sex and not qualifications and further education.

One should look for who is qualified for this task. Our current image of the priest is fundamentally revised. Sometimes I wonder that priests are not resisting the development that is happening to them at the moment.

I cannot understand why women and men cannot mutually recognize each other as equal. I find the fact that all over the world the power is in the hands of men very worrying. Why haven't we learned to handle it better?

We should not be afraid of each other. We have to make sure real steps are taken toward equality and not only half-measures, such the diaconate for women.

If women were ordained, do you think that a eucharistic celebration would be different with a woman as leader?

The eucharistic celebrations have a predetermined form, but every male priest presides them in his own way. Surely women would do that, too.

The question for me is not so much whether we change the eucharistic celebrations. Many people are far from church and far from understanding the deep significance of a eucharistic celebration. In this respect, it might be better and more helpful to introduce them to liturgy first through simpler forms of worship. The thinking and feelings of today's people should also be given space to be expressed.

How, in your opinion, can that happen? The pope has already said he did not want to touch upon this issue. Are you discouraged when you hear that?

If I understand the pope correctly, he does not want to settle everything in a centralized way. If he were to give bishops the space for experimentation, some new ways to celebrate could be tried, and we could see if this is going well or not. I would consider that a good and meaningful way. It does not have to be the same worldwide. Local culture and tradition should be respected.

Do you think a lot of priests support such a change?

What I can clearly sense at the moment is that many people in the church are hoping for change. For one thing, all that has been revealed under the heading of "abuse" is beyond imagination. This is the extreme side of the terrible way women have been treated. On the other hand, there are priests, like Cardinal Marx, who have understood well that the church does not treat women as equals. I am sure many priests are ready for a change. I can also imagine that many good priests greatly suffer from the present situation of the church.

We have to look for common ground with them. Only if we are willing to cooperate will we be ready to move forward. And we will need a lot of patience.

Do you also expect support from sisters abroad?

Women in different cultures think very differently about it. The unity of the church does not mean that we have to assess everything the same way and do the same.

Our unity is founded in Christ and in his love. This unity should be visible in our lives and might take different forms. What should be the same is that the dignity of each person is respected. That's what matters.

What kind of church do you wish for the future?

I want a church that is very attentive to the Gospel and looks at how Jesus dealt with people. When I look at day prayers, I often wonder what image of God is shown, what the church's message is, how its message can be understood by laypeople, who might not understand the kind of language used by the church and the clericalism.

I would like a church that is open to people, that tries to help people live full lives and know we are here for them. The church has a great experience. I just hope that we continue along this way, that everybody sees what he himself can do and discover where the Holy Spirit can lead us.

The pope has opened up possibilities for the bishops. The only question is whether they take that up, as well. But each individual should ask himself where he or she can get involved. Of course, structural changes are also needed.

If women had more recognition, would that mean closer ties with Lutherans? What do you think about that? 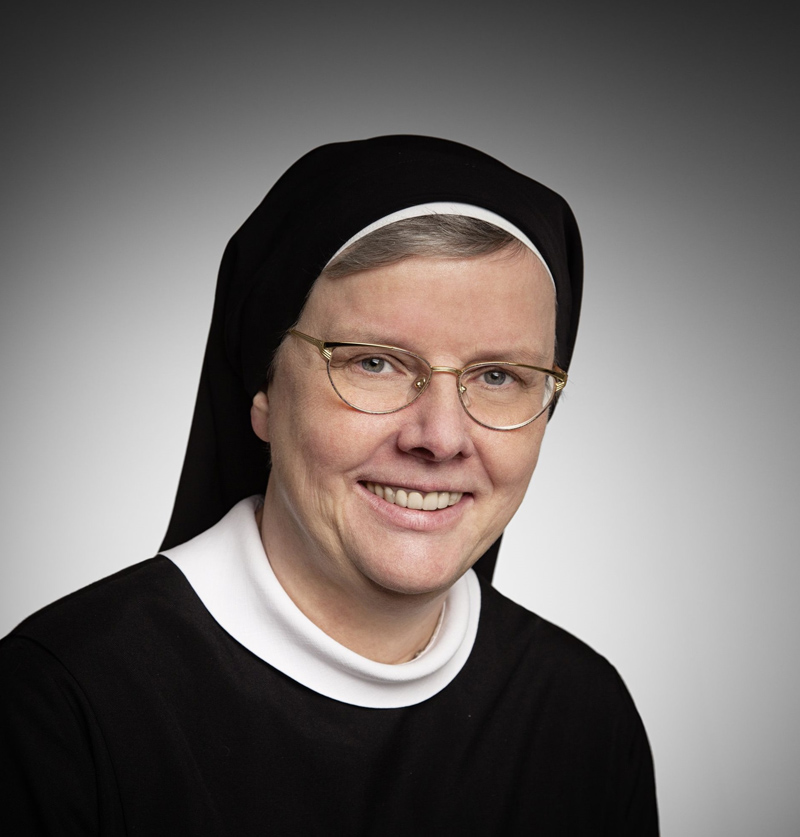