Something seemed fishy about the agreements, but it wasn't until years later that she realized the nebulous legal documents had actually been for human trafficking and smuggling before Nigeria had outlawed trafficking.

After leaving the law office where she unwittingly assisted traffickers, Nweonuma became the director of the Committee for the Support and Dignity of Women (CONSADO), a joint congregational initiative from the Nigerian Conference of Women Religious, the umbrella group of all congregations in Nigeria.

Nweonuma was on the front lines helping draft the law that outlawed trafficking in Nigeria in 2003. After a decade working with CONSADO, Nweonuma became the national president of the Nigerian Conference of Women Religious and the superior general of the Sacred Heart Sisters.

Global Sisters Report caught up with Nweonuma in October, just as she finished her terms at NCWR and as superior general, to hear her reflections on two decades of anti-trafficking work.

GSR: How did you start working with anti-trafficking issues?

I joined the congregation, the Sisters of the Sacred Heart of Jesus, in January 1983. After my initial formation, my congregation sent me to read civil law. I finished my law studies in 1992, and in 1993, I took the Nigerian bar exam and passed in December of that year.

In order to become a recognized lawyer, you have to practice in a law firm. So I practiced with a very senior lawyer. People were coming to him to write up agreements, business deals for about $60,000. I'd be sitting there, helping write the agreements, or sometimes the issue was the other side wasn't paying up and assisting with that.

It blows your mind. I didn't even call it trafficking, I just knew something was not right. I didn't know what it was called. But something had to be not right for them to pay so much money to take someone abroad and then make them pay it back.

I was still practicing law when my superior general told me that women religious want to do something to counter trafficking, and they needed someone to start and direct the office. This was the Committee for the Support of the Dignity of Women, which started in 1998 by the Nigerian Conference of Women Religious.

It wasn't until later, when I was working with this office and we started talking about trafficking that I said to myself, 'OK, that's what I was seeing in the law firm where I was working.'

How did the Nigerian Conference of Women Religious decide to target trafficking?

We are one of the earliest groups that started doing something practical, in terms of having an office, rehabilitation and reintegration. We are the first to stand up before politicians who have money.

From the beginning, we knew the government needed to be part of this, because the problem was such a large magnitude. We started lobbying the government in 1998, and in 2003, there was the first draft of an anti-trafficking bill passed by the government. I was among the women who drafted the bill in Abuja [Nigeria's capital]. After passing the bill, the government set up a task force working on trafficking and other related matters. We have continued collaborating with the government.

We also started raising awareness beginning in 1998. Due to my experiences, I decided to target lawyers to let them know about the evils I saw. What the families or the traffickers paint about these deals is not the true image. There were many lawyers writing the kinds of agreements that I did. Sometimes, they were even taking traffickers to court for violating these agreements. So first, we started with lawyers, and then we went on to mototaxis.

You see these motorcycle taxis on the streets. These people go everywhere. They know everything because they can go even where cars can't go. They know when a girl is being trafficked because there are hot spots where they are dropping girls. The traffickers recruit girls from the villages and then drop them at a particular spot, where they enter taxis or buses to go to the next stop, and these mototaxi drivers knew it. We targeted these key groups in society.

Tell me a bit about your work to reintegrate trafficking victims back into society.

We have something called family tracing, where we make contact with the victim's family here in Nigeria. Family tracing is very important because much of the trafficking is family-based. [Someone in the family sold the girl or arranged for her to be smuggled in a situation that turned into trafficking.]

Sometimes it's very difficult. They don't accept the girls; they stigmatize them. They hope the girls will assist them with money, so they don't want the girls to come back. Or if you come back, they stigmatize you by saying, 'You didn't bring money. You are a failure,' and they will not welcome you back. So we say to them, maybe you can try another business with your child, like send them to school. Allow us to train this child with a skill or go to school so she will have a successful business to build for you.

The goal of family tracing is to notify the families that the daughter is coming back and they need to accept her. We also tell them of the hardships she has had.

One time I went to a village, to the family of a trafficking victim, and this girl's house was the finest in the whole village because she had sent money and they had renovated the house very nicely. They had a small generator, even a fridge. So when we said the girl was rescued and wanted to come back, they didn't want to hear that. They told me her money had renovated the house and bought the generator and the fridge, and they wanted to continue receiving money.

Some victims are still able to send money to their families through Western Union, but when they are caught, they are beaten. When madams find out a girl has been sending money home, she brutalizes them seriously, because they want to recover all their money [that they paid for the girl]. Even when a girl finishes paying one madam, that madam may sell her to another person.

Family tracing is part of the reintegration. We also do counseling. If a girl stayed a long time in trafficking, it's difficult to bring her out of it, because the hurt is deeper and the pain is deeper. We try to take them to psychiatric counseling or even hospitalize them if they need it. Some are on psychiatric drugs for the rest of their lives.

During my decade at CONSADO, we reintegrated 100 young women. The highest was 20 in a single year.

What is the trafficking route?

When they leave Nigeria, they go to the Niger Republic, then to Mali, Tunisia, or Libya, where they enter the Sahara Desert toward Las Palmas Islands. From there, the most common destination is Spain or Italy.

I heard from many girls about the inhumane treatment in the Sahara Desert, the repeated rapes by people taking them to their destination countries. At every point, you are handed over to another criminal gang, and at each point, they were heavily raped and abused. Even while they were in transit, sometimes they were forced to go into prostitution to raise money for food.

Some were stranded in Mali. A lot of them died in the Sahara Desert. They told me about crossing the Sahara with no water, even though it's impossible to carry enough water with you. They had to do things like drink urine, or sometimes they had no other choice but to eat other human beings that did not survive.

What is the difference between smuggling and trafficking?

With illegal smuggling, it means when you get to your destination, you are free from those who smuggled you. But with trafficking, the real exploitation starts at the destination. That's how you determine if someone has been smuggled or trafficked, if the girl has to pay back something when she arrives at the destination.

The smuggling and trafficking routes may be the same. But it is the victim at the end who knows whether she has been smuggled or trafficked. Sometimes it happens that the girl may pay to be smuggled, but then at the destination country, suddenly they have to pay more money, and they subject you to work to make that money.

How have you seen this issue change over the years?

Today, the issue is more with illegal smuggling. Many Nigerian youth, especially in Igbo State, are leaving to other countries to make a living. Before, traffickers had to trick girls to come with them. Now people, especially young men, just go on their own. But when they get to their destination, sometimes they fall into prostitution or trafficking rings or other illegal activities because they are trying to hide from authorities and have no other way to work.

We still do awareness campaigns. We say, 'Running away is not the solution.' The youth tell us, 'Sister, first we need to be alive.' They argue this persuasively. The economic recession in Nigeria is really biting. We have no answer for them. Many have nothing to eat. We can talk and talk, but that doesn't make any sense to the youth. We can't stop them, because to stop them you need money to establish them. Some of the rural places are empty of young men. We need the skills of these youth as artisans, but we don't have them because they've left.

I want to tell sisters in Europe to be patient with the Nigerian youth, try to understand their background. They are economic refugees. But, like trafficking victims, they are looking for a means of survival. 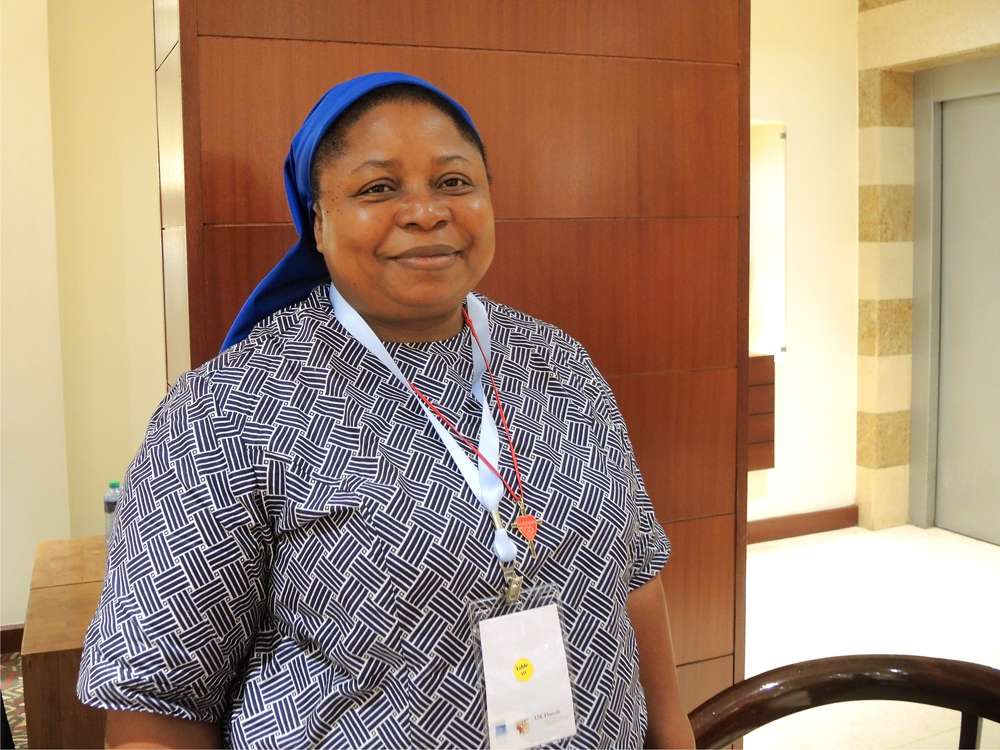 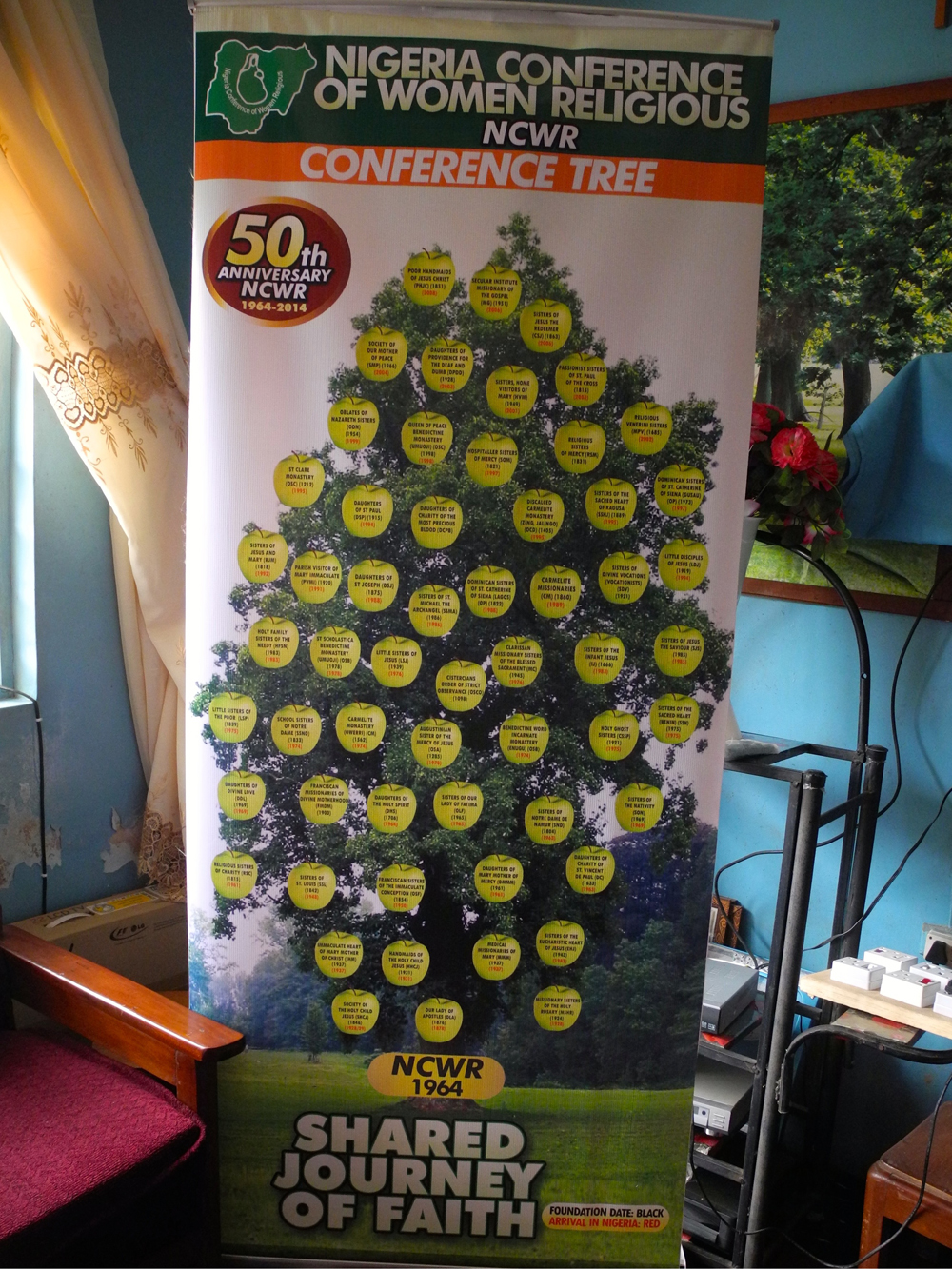 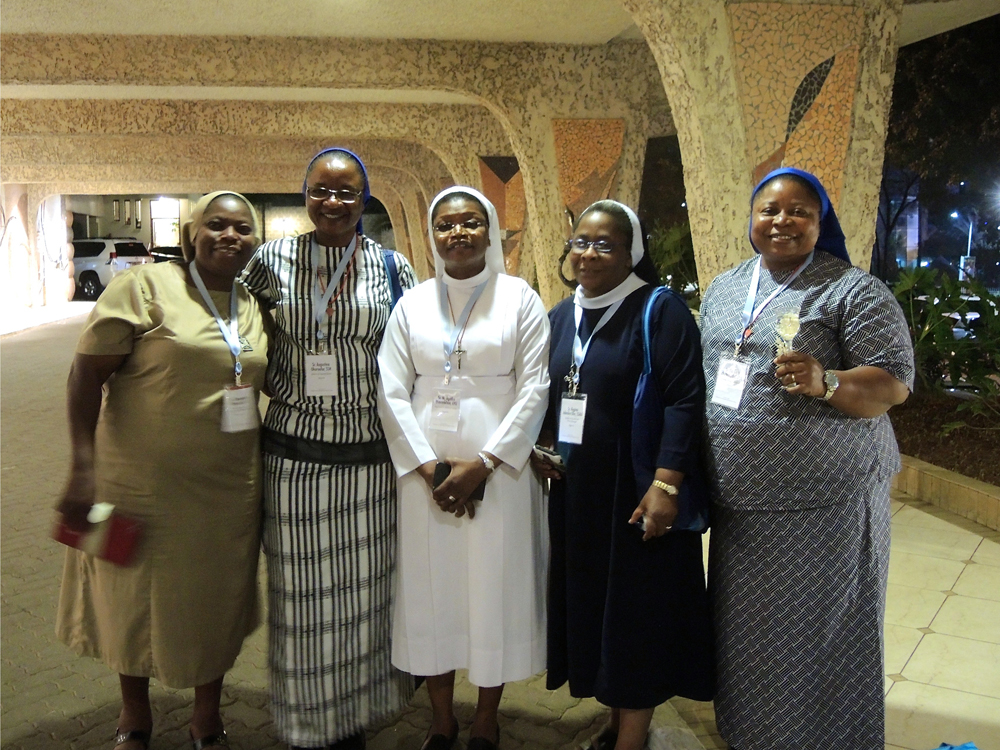 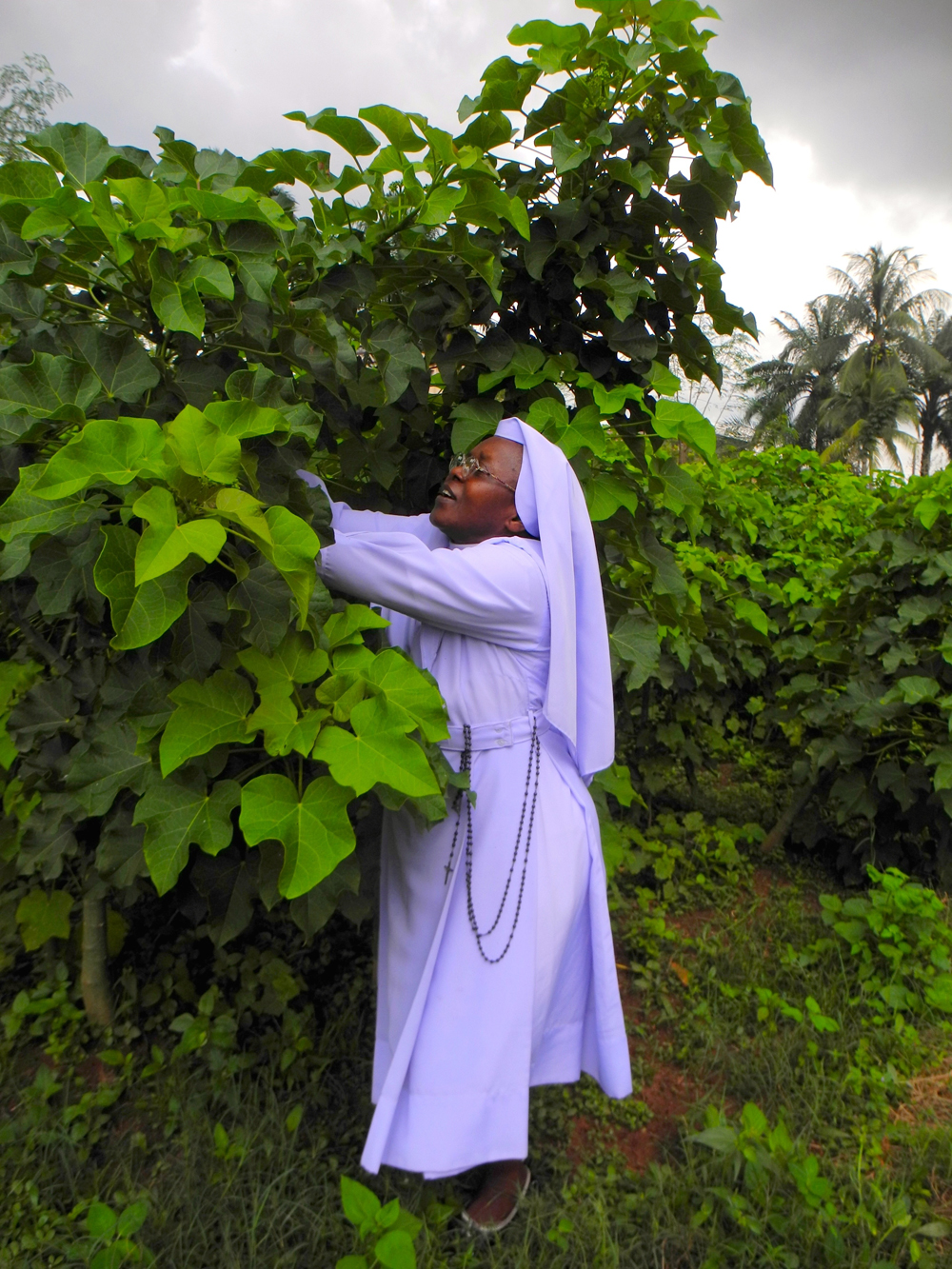 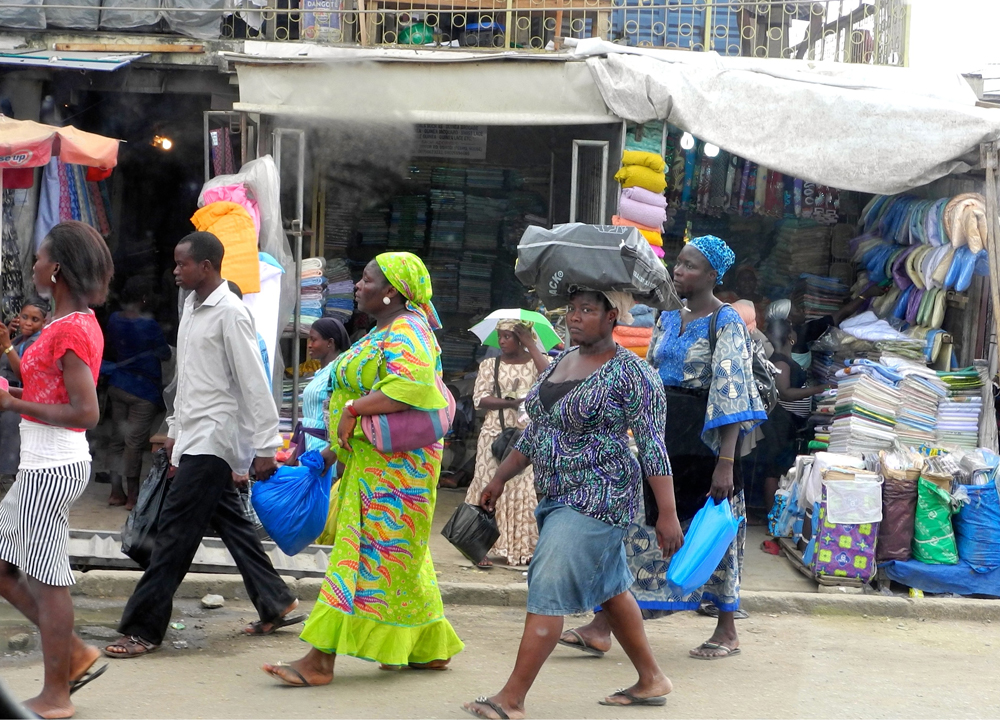 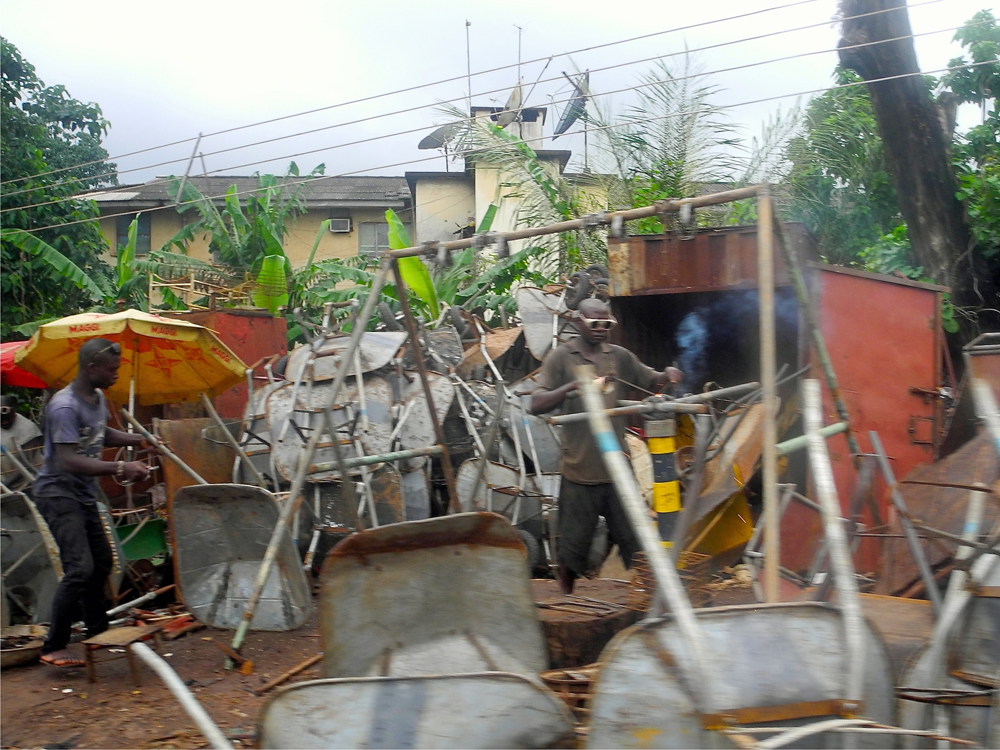