Sr. Mai Thanh, CND, former provincial of the Congregation of Notre Dame of Vietnam, 86, is now engaged in interfaith activities.

A devoted daughter and poet, she was born to a Confucian family and converted to Catholicism, which her father, a government official and Confucian devotee, considered a foreign religion, especially because it banned its followers from conducting ceremonies to worship their ancestors.

What led you to Catholicism?

When I was a child of eight, I saw a dozen villagers a day dying from cholera, and I asked Mom, “Why must people die? Where do they go after death?”

She explained it under the Buddhist concept of transmigration: people’s souls pass into another body after their death; they might become animals if they have not lived a good life.

My dad’s answer was that Confucius did not understand properly what life and death were, but it was important for people to live with human dignity.

I was dissatisfied with such explanations until I visited a Catholic church years later. I saw a painting of a beautiful woman who was casting roses down to the earth. I also read the inscription, “From heaven I will pour with a rain of roses.”

I left the church with a glimmer of hope that heaven relates to the earth, so death is not an end.

And you decided to embrace Catholicism?

I read Catholic books in French and made friends with foreign Redemptorist and Benedictine missionaries. I also chose a French Benedictine as my spiritual director.

Before I moved away from home to teach at a school in 1947, I decided to ask Dad for my conversion.

‘I cannot allow you to do that. You have to swear not to embrace Catholicism; if not, either you or I must leave this house,’ he said in an angry voice. At that time, local Catholics had to deny themselves ancestor worship, an unbroken tradition of moral standards in Asian nations.

One year later, I plucked up the courage to ask again for conversion and finally gained his reluctant acceptance.

A Vietnamese priest baptized me without any my family members present.

Did any of your other family members ever convert to the religion?

Yes. All my six siblings became Catholic after they worked with and were inspired by missionaries’ shining examples of how to live a good life and work for the common good.

Mom also received sacraments before she died of disease in 1954.

In 1965, the Vatican officially allowed Vietnamese Catholics to conduct their ancestor worship ceremonies. My congregation sent me to home to offer a sincere apology to my father and to express deep respect for the national ancestor worship. My brothers and sisters and I gathered around Dad and offered incense in front of the ancestor altar. Dad said Christianity was no longer strange to the national culture thanks to the Church’s revision.

Dad decided to be Catholic a couple of months before his death in 1980. He told a priest that, ‘I want to be God’s child as my children are devoted to me.’

Why did you enter the Congregation of Notre Dame?

I studied at a school for Vietnamese women run by foreign CND nuns, and I was inspired by their humble examples. Although the nuns were educated and articulate people, they respected indigenous women who were poor and illiterate.

I wanted to follow Jesus in consecrated life so as to pray for our nation’s peace and prosperity.

The local bishop sent me to attend a conference on laity apostolates held in Rome in 1951. After the conference, I took a flight to France. CND nuns provided me with accommodations and a scholarship to study at Sorbonne University, where I obtained a Master’s in philosophy. I entered the novitiate in 1953 and composed a poem as a gift to my mom.

After taking final vows in 1959, I returned to Vietnam and was assigned to teach philosophy and Vietnamese literature at local schools and colleges.

Why are you engaged in interfaith activities?

I want to do something that helps followers of different faiths to properly understand one another, live in harmony with one another and work together for the common good. I find that the Holy Spirit works among faiths that share values of love, dignity and charity. So Catholics should look for God’s presence in other religious traditions.

I work as member of the Ho Chi Minh City Archdiocese’s Committee for Interfaith Dialog that promotes mutual understanding among followers of different faiths and promotes interfaith cooperation for the common good.

We and people of other faiths visit one another on religious festivals and hold seminars to study each other’s doctrines. We also gather medical doctors from various faiths to work at charity clinics providing free health care for poor people in Ho Chi Minh City.

What do you learn from other faiths?

Being a child from my own Confucian family that focuses on parents’ deep love and affection, I find God is the primary source of love to people. I experience parental love as the incarnation of God’s great love to all people.

Confucianism teaches its followers to treat others humanely and to build good relationships with others. Fraternity is at the core of all human relationships.

I once met a mendicant monk slowly walking with wide steps. I asked him why he walked like that and he replied, ‘If I walk fast, I cannot walk beyond the earth.’

I learned calmness from the monk and put my trust in heaven.

A philosophy teacher friend of mine said he saw Confucius as his great teacher, Buddha as his great master, and Jesus as his lover.

[Joachim Pham is a correspondent for NCR and GSR based in Vietnam.]

Related - Vietnamese nuns work with people of other faiths to provide health care to poor people by Joachim Pham. 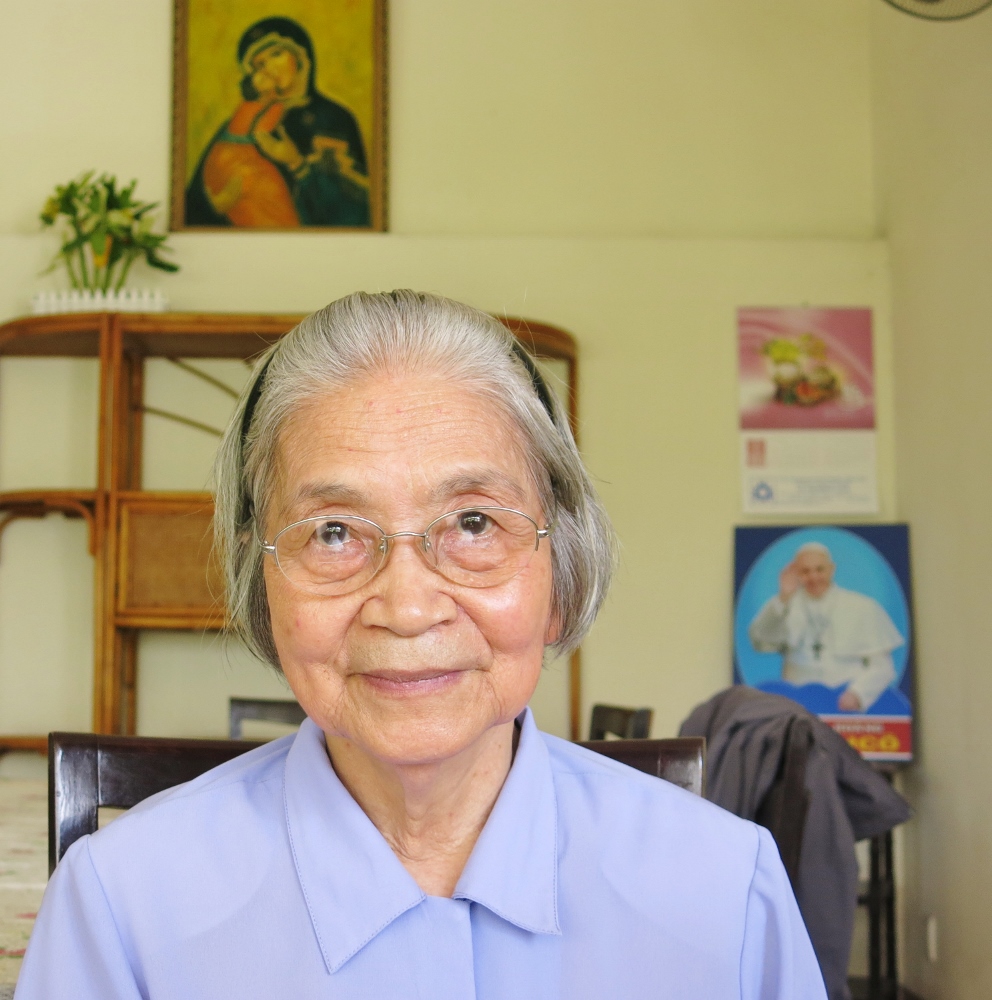 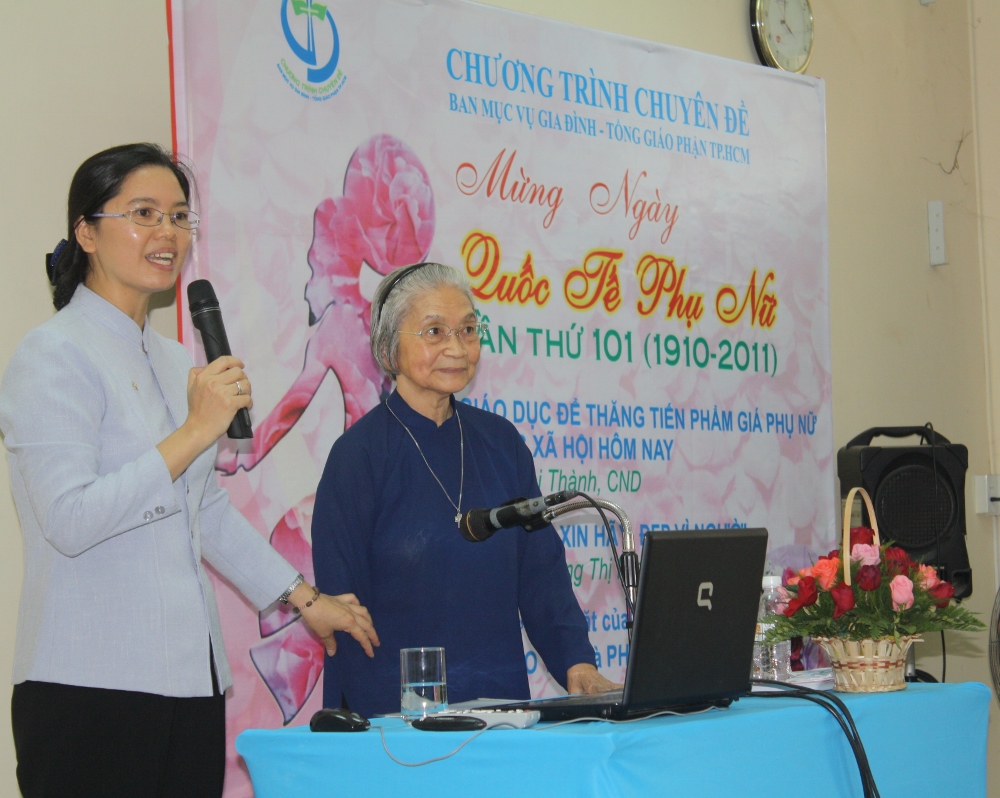