Sr. Mary Ho Thi Quy has served as general superior of the Lovers of the Holy Cross of Vinh congregation since 2015. The 65-year-old congregation has more than 1,100 members, with more than 500 sisters, including 55 elderly nuns who live at the motherhouse. Quy says it is the largest congregation in Vietnam.

The congregation, which is based in Nghe An Province's Nghi Loc District, is one of two orders in the Vinh diocese, which serves nearly 535,000 Catholics in three provinces of Nghe An, Ha Tinh and Quang Binh in north-central Vietnam.

The indigenous Congregation of Lovers of the Holy Cross, established by French Bishop Pierre Lambert de la Motte in northern Vietnam in 1670, attracts many young women. When the Vinh Diocese was founded in 1846, there were 220 sisters based at nine independent communities in the diocese.

During religious persecution from authorities in the 19th century, sisters quietly followed their vocations and served people in need. Three sisters were killed for their faith from 1820 to 1840.

In 1952, Vinh Bishop John Baptist Tran Huu Duc decided to unite the independent communities and formed the Lovers of the Holy Cross of Vinh.

During the Vietnam War, many convents were destroyed, and many sisters had to return to their families. The congregation started to restore its activities in the late 1980s, when the government eased its religious policies and opened doors to the international community.

Quy, 49, professed vows in 1996 and was the first nun in the congregation sent to study abroad. She studied spirituality in Rome from 2003 to 2009.

GSR: Please tell me a little about your congregation.

Quy: We admit 40 to 70 new candidates per year. Most of our vocations come from the diocese, which has 535,000 Catholics. Many who joined other congregations also leave and join our order because they find it suitable for their culture and traditions.

Every year, we buy 100 tons of rice from farmers and grind it for food at the motherhouse. Sisters raise poultry and cattle and grow vegetables for daily food. Some benefactors also give us food.

We sell Catholic statues, books, rosaries and other items, make vestments, produce herbal medicine, and do other jobs for a living and support poor people.

We try to repair houses' roofs and doors, sewing machines, fans, water pipes and other things without hiring other people. Sisters collect wood from people's farms and carry them on trucks home for cooking.

What challenges do you face?

To provide basic needs such as food, clothes, heath care, studies, and accommodation for them [the 500 sisters at the motherhouse] is a big challenge.

In dry seasons, we do not have enough fresh water for all people and have to ask many nuns to return home for a while. We are building pools to store water for our use in the dry season.

We also could not afford to build more houses for members, so many sisters have to share a room. Five sisters in one community share a bed. It is a big challenge that sisters do not have private rooms.

However, sisters love and support one another, so a friendly and welcoming atmosphere covers the convents.

What ministries does the congregation take part in?

Our mission is to give health care, education and vocational skills to people in need. Most of our communities at parishes provide acupuncture and herbal medicine to patients.

Most of the local people are farmers living in poverty and have no money to get medical treatment at hospitals. So we try to ease their suffering and console them with what we can.

We run six houses for orphans and people with physical disabilities. At many parishes, sisters use their houses to care for children as day care centers. Last year, we started to give care and accommodation to students whose parents work far away.

Women with unwanted pregnancies are given food and accommodation to give birth and give their babies to us. Many people also leave their children with physical disabilities to us.

We try to teach children moral values, truth and good behavior so that they can live with dignity. Local people in recent years have found that their children are taught lies, dishonesty and other bad things at public schools, so they need good education from us.

Many sisters reach out to ethnic minority groups in remote areas, give them food and health care, and teach them Christian values.

At the motherhouse, we offer annual courses in music and musical instruments to 300-350 Catholics so that they can serve their parishes.

We often provide emergency aid to victims of natural disasters every year. Local people yearly suffer many floods and storms that destroy their houses and crops and wash away their belongings. This year, four typhoons have damaged our many convents' roofs and doors. We spend a lot of money to repair them a year.

The region suffers the most severe weather conditions in the country. It is too hot in summers and too cold in winters.

Local people remain unable to eat seafood caught off their coast, which was polluted by toxic waste.

What are you pleased with?

Many women dedicate their life to God and people, sacrifice their youth to enter the congregation. We believe they are ready to reply to God's call, so they easily overcome difficulties, remain faithful to their vocations, share all basic needs with one another.

Religious pray for and serve people, so the more people who follow consecrated life, the more benefits people get from them.

I am happy that young nuns look after and console elderly nuns, who have experienced much suffering.

When I entered the congregation, we lived in houses made of leaves, ate bananas and cassava instead of rice. We had to struggle hard with our daily needs. Now sisters train in music, teaching methods, psychology, Western and traditional medicine, acupuncture, linguistics.

We have 67 communities serving parishes and villages in the diocese. Twenty young sisters are studying abroad, thanks to support from foreign congregations.

What is your experience as general superior?

We try to bring unity, love and solidarity among members as our priority. We trust in God, who offers us enough material needs. He never leaves us hungry, but always is with us. He sanctifies our life through our daily activities.

From my experience, I find I am closer to God since I took the leadership of the congregation. I put all my work in God's providence.

I treat those who take mistakes with love, respect and forgiveness, although some nuns want me to punish them. In my view, forgiveness is never late. 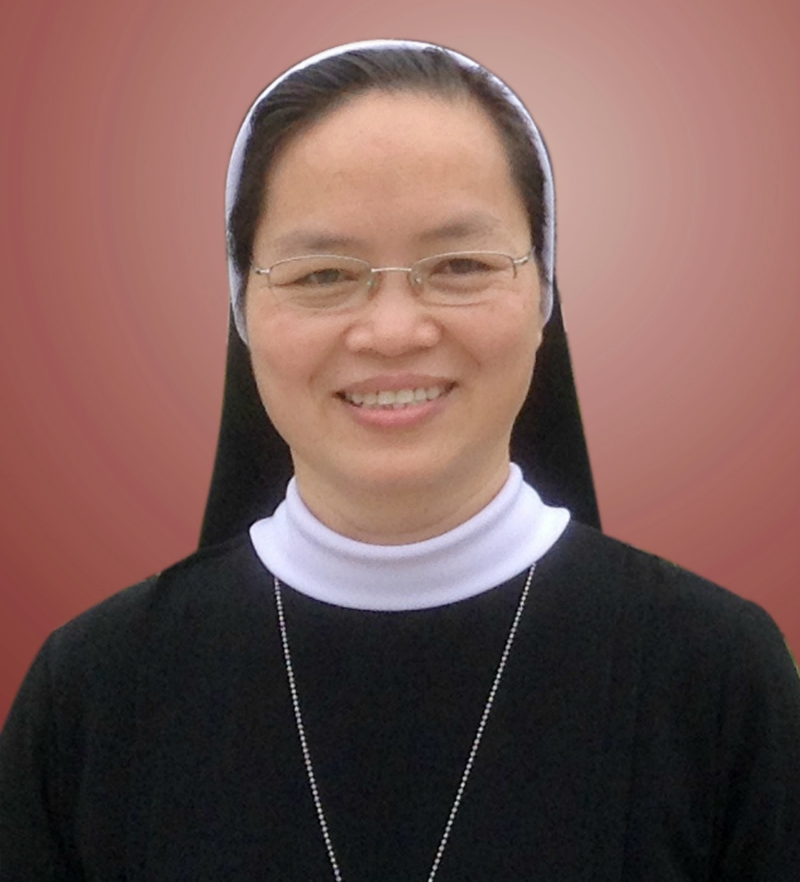 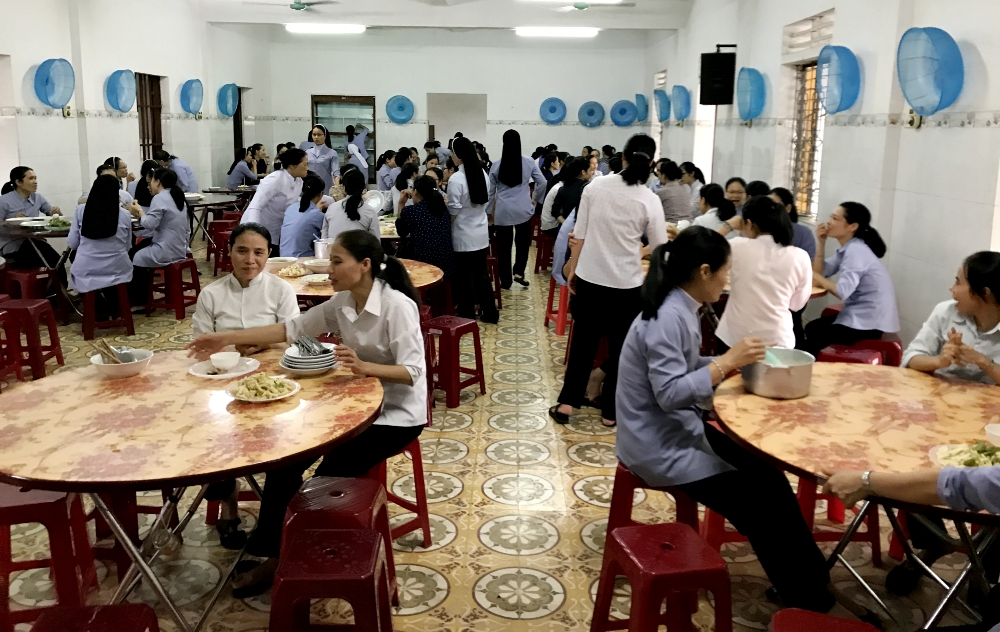 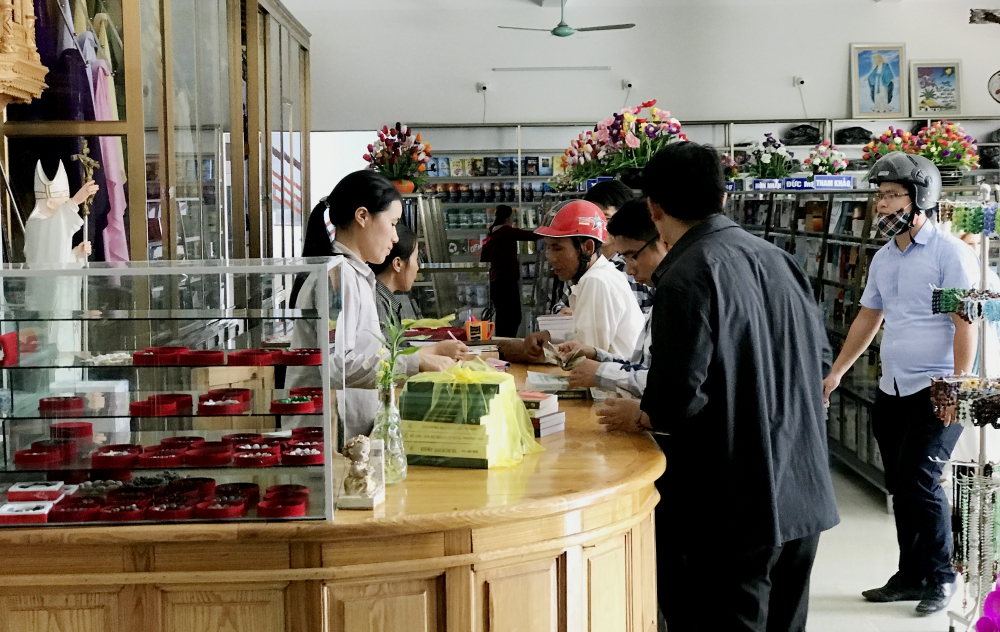 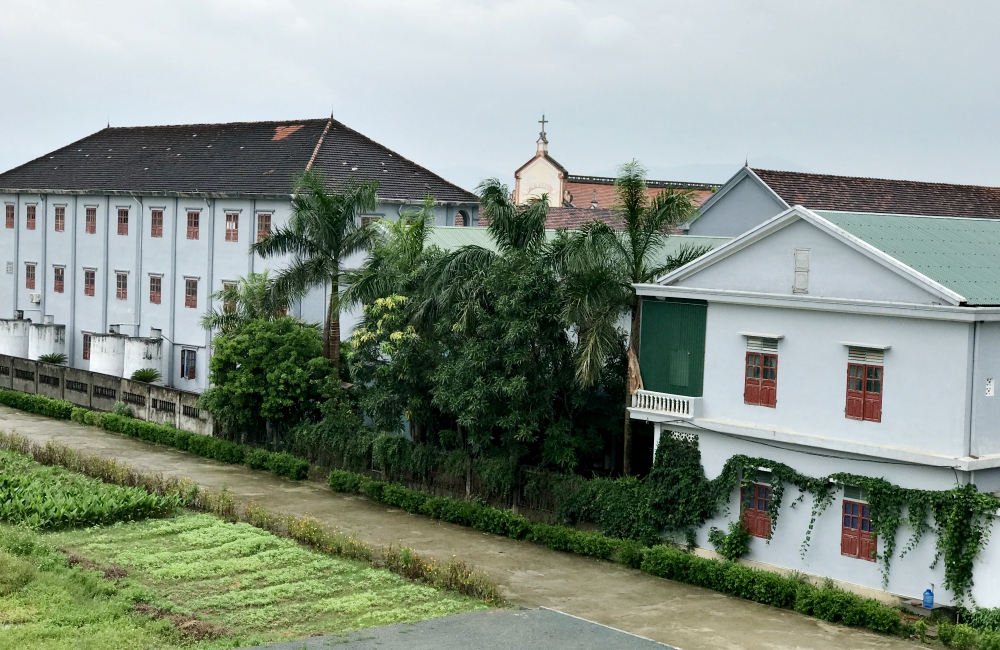 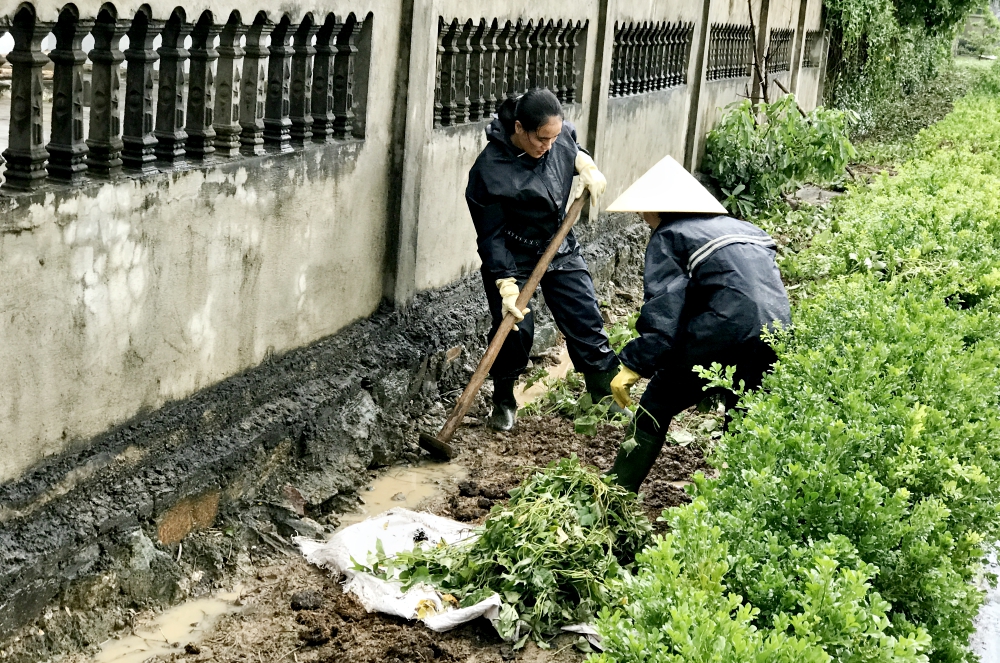