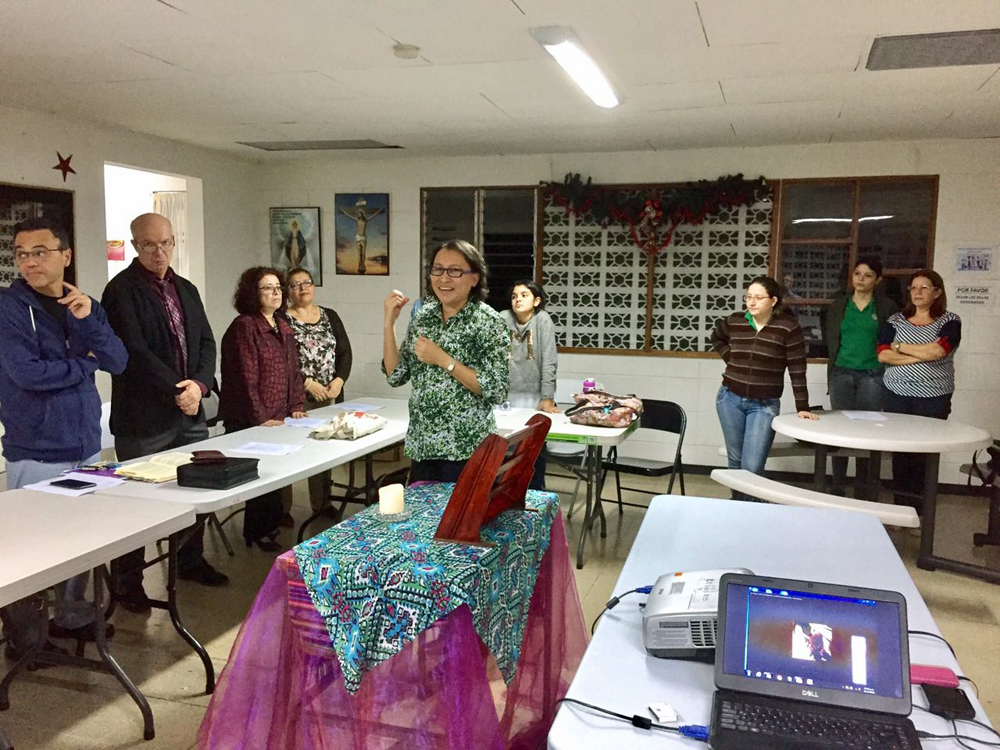 Sr. Alexandra Vega addresses participants during the closing of one of the Bible courses. (George Rodriguez)

Sr. Alexandra Vega, a member of the Congregation of the Religious of Our Lady of Sion in Costa Rica, has a powerful view of the Bible and of life: They go together.

When the congregation's sisters first make contact with local communities, the meeting is not focused on faith, but instead is centered on connecting with people and their diverse realities of life because, as she points out, God speaks to people of all economic and social strata and all cultural backgrounds.

The dialogue then enters the realm of faith, the opportunity for the sisters to get to know who people are in terms of belief, thus opening the way for a meeting based on the Bible, setting a path along which people attain clarity on issues such as who God really is, Vega said.

She said the Bible is a tool for either creating or strengthening social awareness, both personal and collective, so people do not just limit themselves to attending Mass and reading the Bible without undergoing a transformation.

Global Sisters Report spoke with Vega at the congregation's headquarters in the Colegio de Nuestra Señora de Sion (School of Our Lady of Sion) in Moravia, in the northeastern outskirts of San José, Costa Rica's capital, to know the reality these sisters find in terms of people's faith.

GSR: When you first establish contact with communities, what's the people's reality regarding faith?

Vega: A first meeting with people isn't of faith, it's anthropological dialogue. The first approach is always with people, because God speaks to people, he doesn't speak of people's faith — that's the second step. He speaks to the person regardless of culture, of economic or social strata.

When you teach the Bible, do you find that people have some knowledge of it?

They are very thirsty of knowledge about the Bible, of someone to explain it to them. Let's say that we've never had any problem, even with people who don't regularly go to church, because it's more like: 'Wow! How nice! No one had ever explained a biblical text to us.' 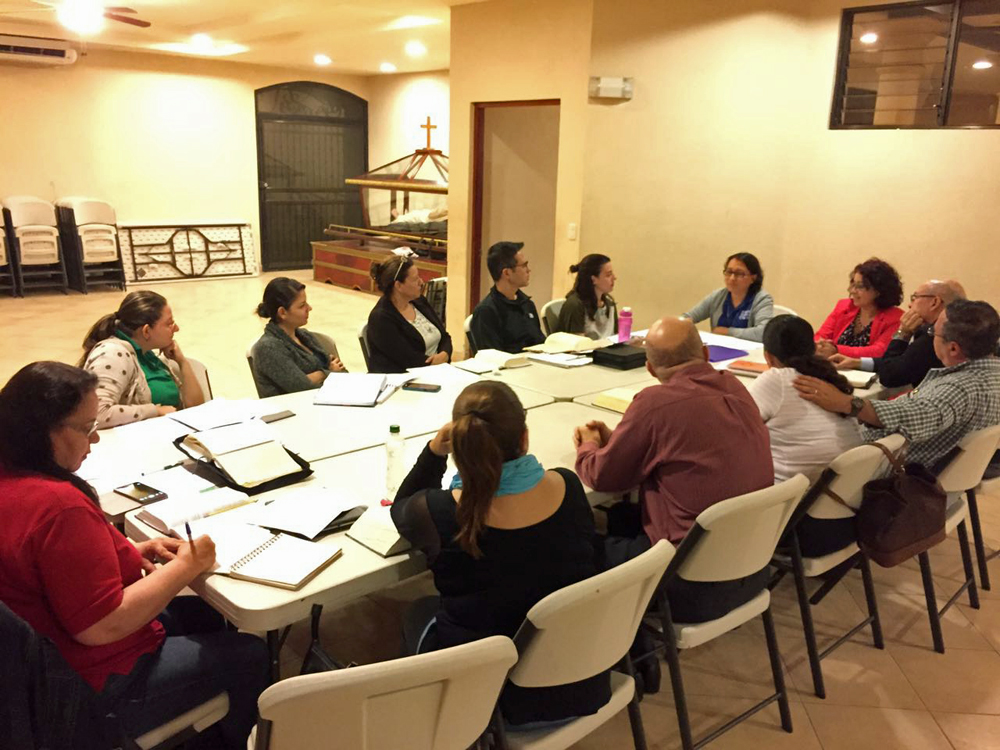 Sr. Alexandra (at the head of the table, with glasses) during a session of one of the Bible courses. (George Rodriguez)

So there's an empirical, not-very-precise knowledge.

Is it fair to say, then, that the Bible becomes a tool to create or strengthen social awareness?

It isn't about changing reality as if you were a merely social actor but as a believing actor who can't come out from that reality, who lives immersed in that reality, who's a part of a whole, who can't just be happy about going to Sunday Mass and reading the Bible each week and continue being himself. A necessary social, individual and collective transformation has to happen.

[George Rodriguez, a freelance correspondent based in Costa Rica, has reported for Reuters and other international news agencies.]

Ministry | Q & A with Sr. Alexandra Vega, connecting with communities before focusing on faith

Q & A with Sr. Clara Animottil

Benedictine Sisters urge women in Senate to vote no on Kavanaugh