Sr. Catherine Bernard believes God has chosen her to be a family life professional in an era of family breakdowns.

The Anglo-Indian member of the Sister of the Cross of Chavanod, France, studied medicine and graduated from St. John's Medical College in Bengaluru, southern India. She also has a degree in religion and religious education from Fordham University in New York.

After practicing medicine for one year, she opted to become a family life professional, promoting the importance of growing up in a family and guiding family members to become better human beings. She believes that if family fails, society fails. If family succeeds, society gains.

In 1986, Bernard founded the Service and Research Institute on Family and Children (SERFAC) in Chennai, capital of the southern Indian state of Tamil Nadu. Currently, she serves as its director.

Her work is for people of all religions. A brilliant speaker, author and organizer, the 75-year-old nun has organized several seminars and workshops on family, development and peace in India and Asia. Her 13 international conferences were attended by representatives of governments, the United Nations, churches, nongovernmental organizations and civil society organizations. She is now busy organizing the 14th international conference on "Family in a Troubled World," to be held in 2018 in Germany.

GSR: What made you start SERFAC?

Bernard: There are three major reasons. First, I had set up the regional center for the family when I worked for the Tamil Nadu Bishops' Council during 1976 to 1989. Although the natural family planning program covered a large number of people, I felt rather restricted, as it served only Catholics. I realized that "family'" as a social unit has no religion and no boundaries. So I did not want to be hemmed by borders and dividing lines.

Second, SERFAC was a response to the requests of the Asian participants of the first international conference held in Chennai [then called Madras] in 1983 on "Family at the Service of Human Life." They wanted an Asian center for family that could understand the problems of family from an Asian perspective. They requested the organizers to set up an autonomous Asian service center.

Third, when we taught families the Billings Ovulation Method, we found non-Christian families accepted us more than Catholic families. Even nuns and priests shunned us. The acceptance of natural family planning and reverence for life were much higher among Hindus than Catholics. Similar was the case with abortions. More Catholics opted for abortion than other groups.

SERFAC strives to protect, nurture and uphold the values of a person through all stages of life. Cultivation of integrity, social equality and respect for human relations are important aspects of its mission. It also aims to promote a just, violence-free, peaceful and sustainable society.

What are some of its major achievements?

SERFAC was recognized twice by the United Nations by bestowing the title "Patron of the International Year of the Family" for exceptional services to families at Malta in 1994 and Vienna in 1995. It also received the U.N. consultative status by giving them membership on the Economics and Social Council of the United Nations in 1998 [to take part in U.N. discussions on human development and the family].

It organized 13 international conferences on family between 1983 and 2011. Its publications have attracted reputed global publishers such as Cambridge Scholars Publishing and Sage Publications. Our publications include Family: Heart of Humanity, Giving Children a Voice and Nurturing Families Around the World and Building a Culture of Peace. We have written 12 statements on poverty and family at the U.N.'s request. They have been published in the U.N. journals. Reports on SERFAC have appeared in the U.N. secretary-general's annual report since 2002.

Why do you focus on family and children?

The family breakdowns are the major problems confronting our society today. Family breakdown is the womb of all social ills, of which poverty is primary. Poverty becomes the social incubator for hunger, deprivation, prostitution and social unrest. Violence against women and children is a result of family breakdown. Family breakdowns lead to promiscuous sexual behavior that spreads AIDS, pollutes the environment, destroys peace and makes humanity's future bleak. Finding a solution to these cycles was our motivating factor to focus on family and children.

How successful was your campaign for natural family planning?

We succeeded with the program from several perspectives. We were invited by Indian Council of Medical Research to be the principal investigator for three research projects in India.

One of them was the multicenter field trial of the Billings Ovulation Method in five medical colleges in India, supervised by their departments of obstetrics and gynecology. The results indicated 98.25 percent success. The results generated great interest, and they were published in The Lancet in the United Kingdom and the American Journal of Obstetrics & Gynecology.

Our projects were studied by the U.S. Agency for International Development in India for their remarkable organization and training of the natural family planning teachers. In 1992, we were declared by Family of the Americas as having the largest program in the world.

We have 126,340 couples who used the method successfully for postponing pregnancy, and 11,020 couples who used it to achieve pregnancy. The high effectiveness rate is because of the well-trained teachers who taught couples and followed up with them for six months until they were confident of using the method. In most cases, the husband cooperated with the wife. We have the charts that we want to computerize when we have funds and talent.

We have helped many marriages when there was violence in the home. We have also helped many couples to recover marriages and live happily. We have seen mothers teaching their grownup daughters about natural family planning before and after marriage. We have also heard of women teaching other women about natural family planning when they queue up collect water at village public water taps. We have noticed that simple and poor people accept and use the method more.

How do you raise funds for the institute and its programs?

Raising funds for SERFAC is extremely difficult. People do not realize that prevention is better than cure. SERFAC's work does not attract money because there is no sympathy involved, only empathy. Charitable organizations function with the support of charity. I sustain the institute through my hard work, income from programs, and funds mainly from Germany. Our research projects get support from the Indian Council of Social Science Research, a government department.

What are the challenges in directing SERFAC?

The challenges are too numerous. SERFAC is an exceptional organization that offers values and alternate lifestyle that are contrary to the present trends of the global culture and market economy.

India is the world's second most-populated nation. What should India do with its population?

When we carried out a study for the Indian Council of Medical Research on the prevalence of natural family planning in India, we were surprised to find that about 80 percent of the population does not use any form of contraception because they are unhappy with them.

Three important steps should be taken in India regarding its population: Value the people. They are the assets of the country. They are not numbers. Create systems of justice and honesty and systems to eradicate poverty. Every hospital in India, especially those managed by the church, must have a trained and dedicated teacher of natural family planning. It will have an impact on the population of the next generation.

What is the future plan for SERFAC?

I want SERFAC to be recognized as a center of excellence as it is already a pioneering institute on the family. About the continuity after me, I keep looking out and hoping God will send someone. I believe when the time comes, it will happen.

Now, some personal questions. Why did you become a sister?

I made up my mind to become a sister when I was about 14 and became one in 1969. I really do not know why I joined the congregation, but having found my vocation as a family life professional, retrospectively, I can say what I am doing now is the reason why I became a sister.

Please tell us about your life before you joined the convent.

I was born as the seventh among 12 children in a middle-class Anglo-Indian family. My dad was a mechanical engineer in the Indian railways. His job involved frequent transfers to different cities in South India. I loved sports and excelled in volleyball and throwball and represented the school in several tournaments. Since I enjoyed climbing trees, playing marbles and cricket, I was nicknamed a tomboy. I always scored first or second rank in classes. I was often chosen as the class leader.

My mother's death during my novitiate was a big tragedy in my life. My mother suffered a heart attack when she returned home after leaving me at the novitiate. She was rushed to the hospital, where she died. I came to know this when my elder brother came to the convent the next morning and informed the superior. I was allowed to go home for the funeral. When the superior asked my dad what his plans were about me, he said very candidly, "I will not stop my daughter from returning to the novitiate." So a week later, I returned to the convent.

What made you study medicine?

I was asked by the congregation to study medicine, and out of obedience, I did it. I studied hard to pass my exams and then did medical practice for about a year in one of the mission hospitals in Tamil Nadu. Then the Tamil Nadu Bishops' Council requested for my service, and I began working with natural family planning

What is inspires you to do these things?

I experience an irresistible power leading and guiding me. I believe that power is God, and that is my inspiration. It will not stop and cannot be stopped, and no one can stop it because I believe in my vocation as a family life professional. 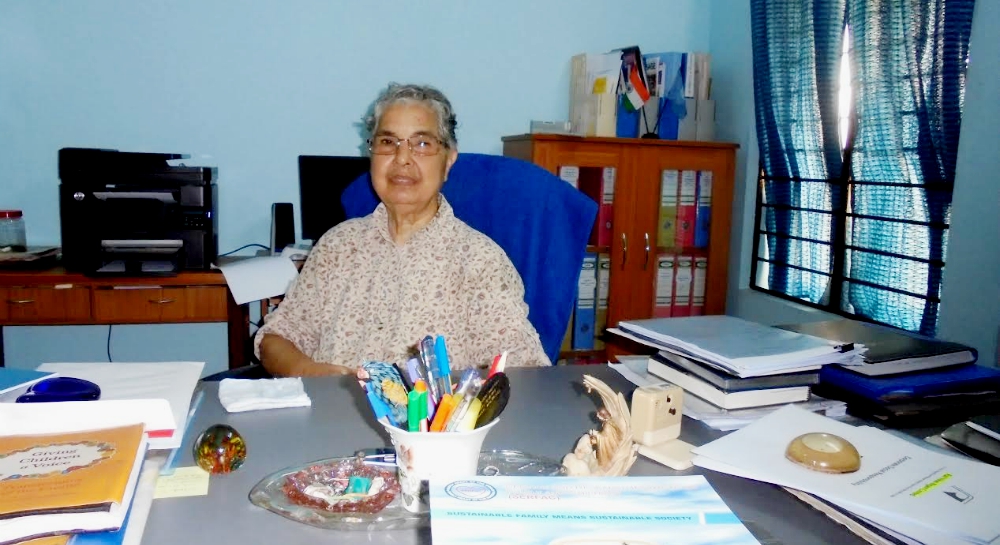 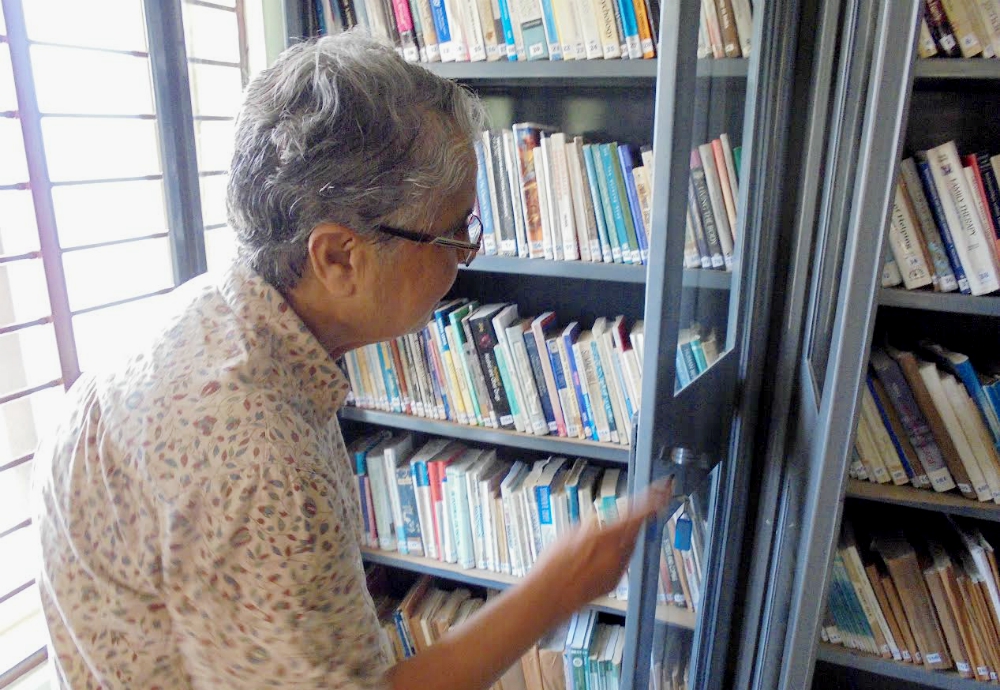 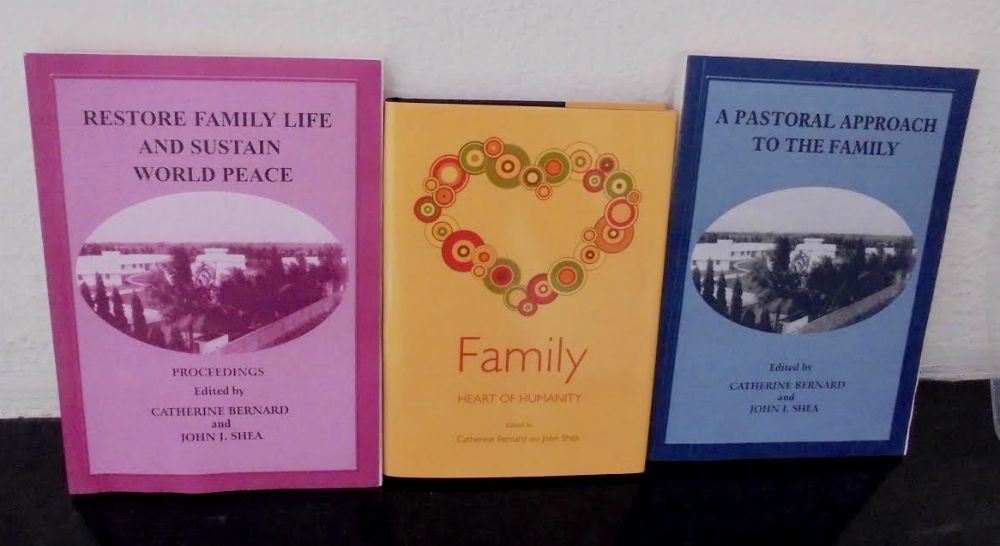 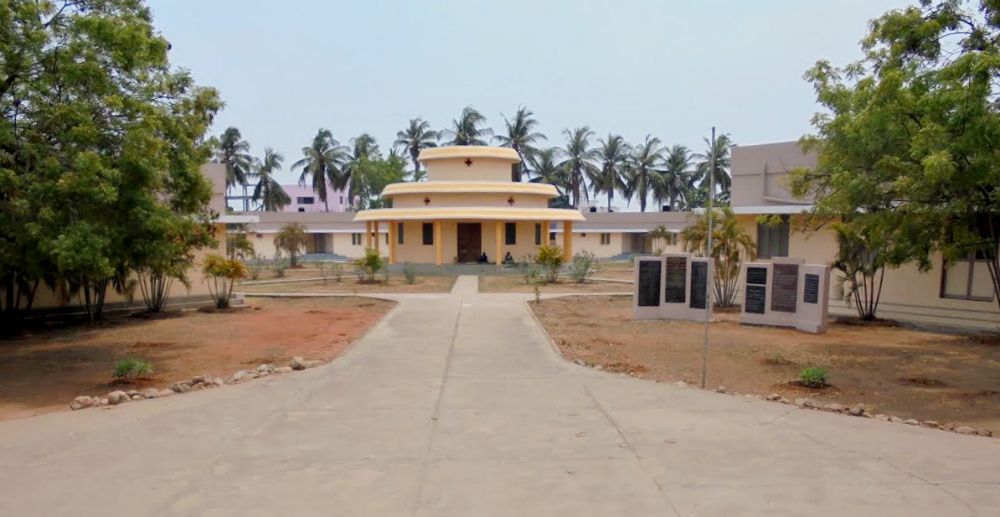 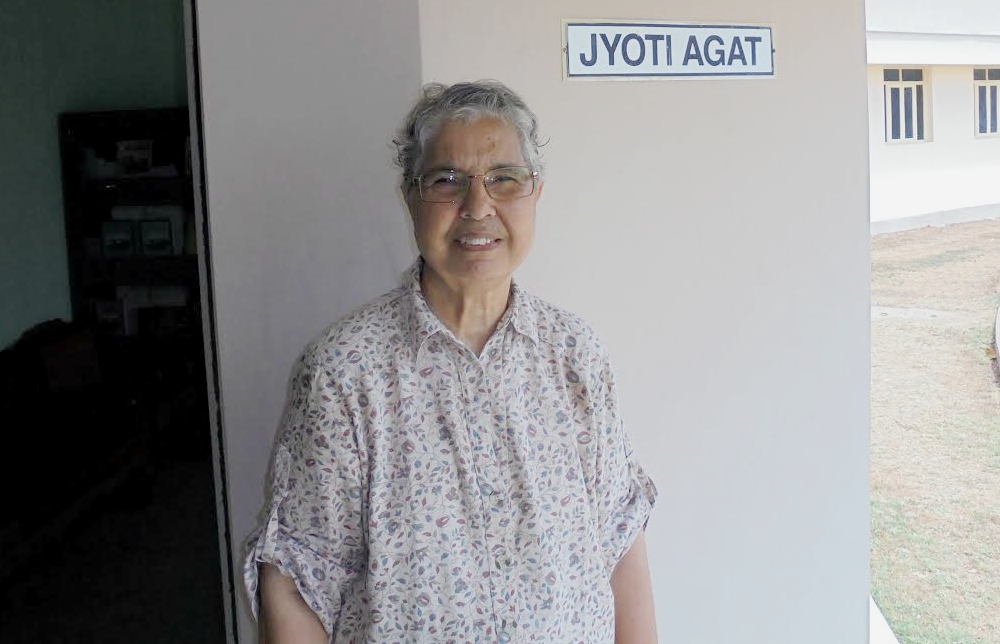