Sr. Marie Cu Thi Quynh Hoa, a member of Dominican Sisters of Bac Ninh, became the first ethnic Hmong nun in Vietnam in 2007, when she took her first vows.

Hoa, 43, has struggled to get an education and pursue her religious vocation to bring a better life and Catholic values to Hmong ethnic people in Vietnam's northern mountainous provinces.

The nun, who has a clear voice, sweet smile and friendly manner, is from Giang La Pan Parish in Yen Bai Province, where local ethnic Hmong people received Catholicism from foreign missionaries in the 1930s.

Thousands of Hmong people daily struggle with a lack of power, water, education, health care, roads and other amenities and services other people take for granted.

Many children are illiterate or have to leave school young as schools are far away from their villages. As a result, women get married early and have many children. They live in poverty for generations.

Hoa is stationed at Dinh To Convent in Bac Ninh Province. She travels hundreds of kilometers by motorbike to work with Hmong villagers.

GSR: Please tell me about your religious vocation.

Hoa: Most children from my village were illiterate because there was no school there. I still could not write and read Vietnamese when I was 15 years old. Most women get married at the ages of 14 and 15. Some men wanted to marry me, but I refused. I partook in a basic education class held at a Hmong family's home by some Catholics. After two years, I could read and write Vietnamese well.

In 1994, eight Hmong students, including me, were sent to Notre Dame des Missions, a convent based in Saigon [Ho Chi Minh City]. We studied at local schools and finished high school in 2001. Most of my friends found themselves unsuitable for the congregation, returned home and got married.

When did you start to work with the Hmong people?

In 2015, a Redemptorist who served Bac Kan Parish in Bac Kan Province invited me to evangelize local Hmong people because he did not speak the Hmong language and was prevented from visiting Hmong villages by government authorities.

The province is home to some 20,000 Hmong people, and thousands of them embraced Christian groups. None of them was Catholic.

After working hard for years, we have baptized over 200 Hmong people from eight villages. It is a great success. We hope more and more Hmong will convert to Catholicism in the coming years as Catholic villagers will introduce their faith to others. Some 40 other Hmong people were baptized on Easter.

I also lead Hmong youth to priestly and religious vocations. Now, some women become nuns while some men study at local seminaries. I hope one of them will be ordained a priest next year.

What do you do for them?

Hmong people traditionally reside in mountainous areas and live on crops they cultivate. They grow rice, cassava, corn and other crops, and raise buffalo, pigs, goats and chicken. They often lack food for months per year.

They invite shamans to cure patients of their illnesses, pray for new houses, thank the gods for the harvests, and conduct children-naming ceremonies, wedding ceremonies and funerals. Those practices last days and cost a fortune. People have to slaughter animals to pay the shamans and serve neighbors. Those who are poor have to borrow cattle from others or to sell their land to hold ceremonies.

I try to persuade them to abandon costly superstitious beliefs, which only worsen their poverty and bear no fruit. I ask them to take patients to hospitals and refuse to have shamans hold ceremonies. They should trust in God, who gives them health, peace and good weather to grow crops.

As a Hmong, I know my people always look for spiritual values and want to escape suffering and work hard for their relatives to have a better life. Despite poverty and appalling conditions, they still keep their dignity and self-respect.

They highly respect priests and nuns. As a result, many villages trust me and leave behind age-old superstitions.

We visit them; teach them catechism, hymns and dance; and organize liturgical services at their houses. I also teach them to read and write in the Hmong language and read prayers and the Bible in their language.

Your father died in 2018. How did you honor the anniversary of his death?

I honored the first death anniversary of my dad at my home parish in March. I took that occasion to gather all villagers to attend the first ceremony held at the parish and pray for the dead. I invited a Hmong priest from abroad to celebrate the Mass in the Hmong language. The parish has visiting priests who say Mass in Vietnamese.

Some nuns from my congregation were also present at the event.

I want to inspire people to respect and preserve our cultural traditions, especially Hmong script, which is strange to young people.

We also served some 150 people with a special meal as a way to express our gratitude to them.

I have eight brothers and sisters. All of them are illiterate and married. My mother is 82 years old. She lives alone and regularly visits neighbors. She has nearly 100 children and grandchildren. I return home once a year to visit my mum, who encourages me to follow religious life. I love her very much.

What challenges do you face?

Hmong villages based in the mountains suffer from lack of power supply, educational and health care services, and proper roads. They have dinners by the light of flashlights, cellphones or fires, and in some places, they have to charge cellphones and flashlights at chapels.

People have to take water from rivulets far away from home, and children walk 10 to 20 kilometers to elementary schools.

Government authorities try to prevent people from embracing Catholicism for fear that people will no longer support them. Many Christians also cause difficulties to my work. They speak ill of Catholic teachings and prevent people from following the faith.

I am a Hmong nun, and I work hard for my people's benefits. I want to help my people know God, who loves them, and improve their material and spiritual life. So I do not fear any challenges because I work with God, and he always accompanies me on my trips.

I am deeply concerned about evangelization work among Hmong people. Few Vietnamese priests and religious can speak Hmong well and understand Hmong cultures.

I try to encourage local priests to study the Hmong language to work well and help preserve Hmong traditions. 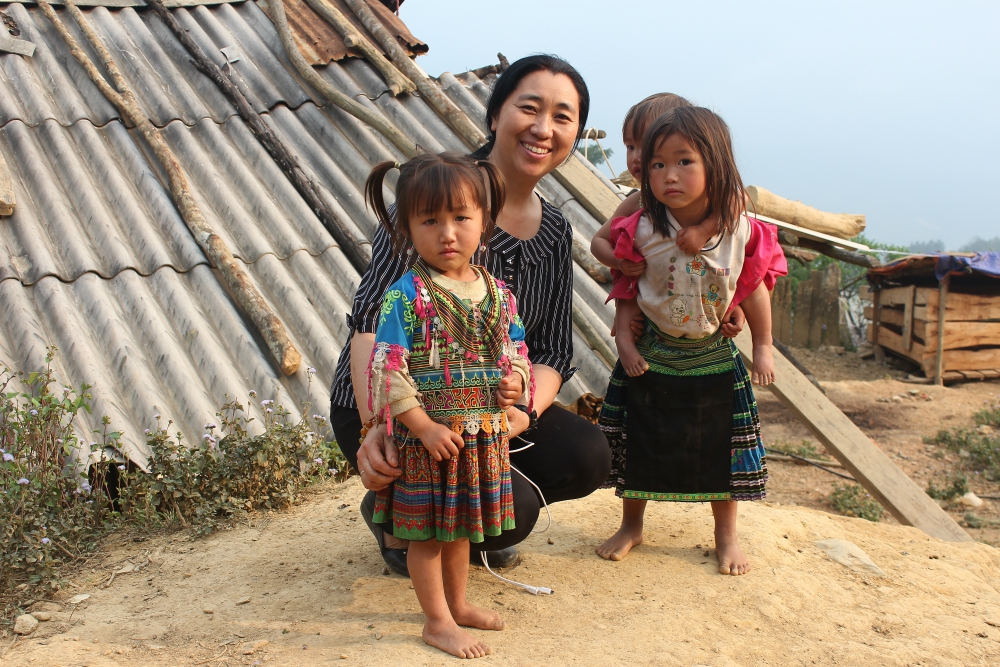 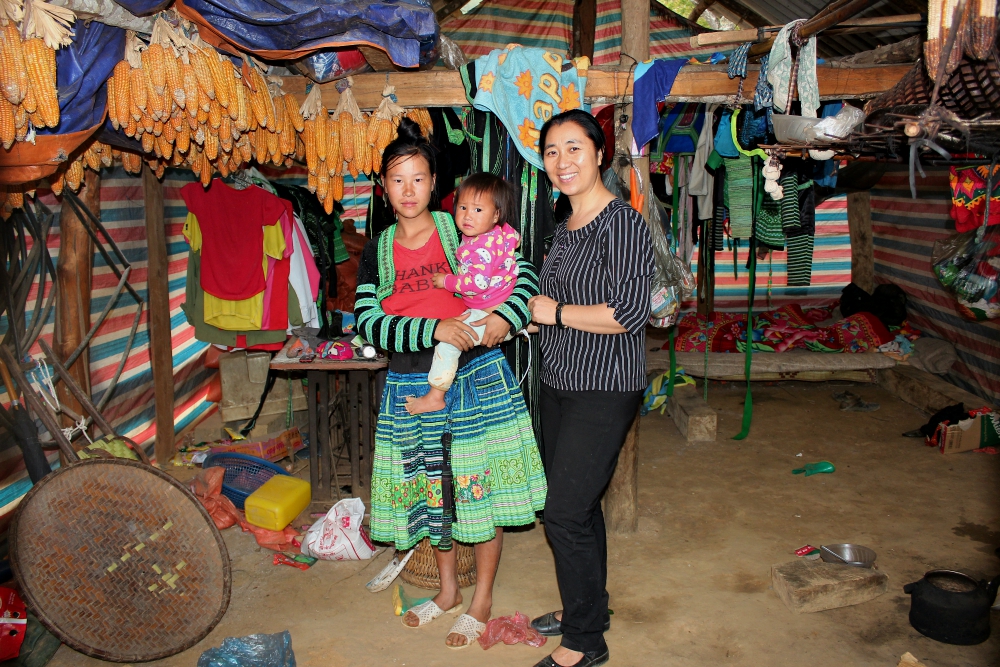 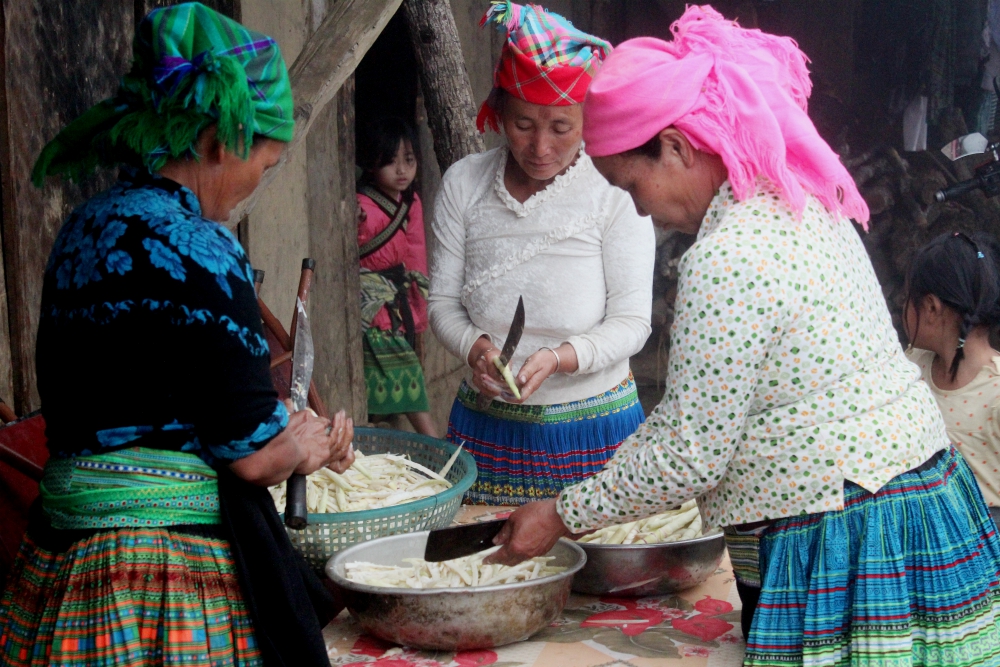 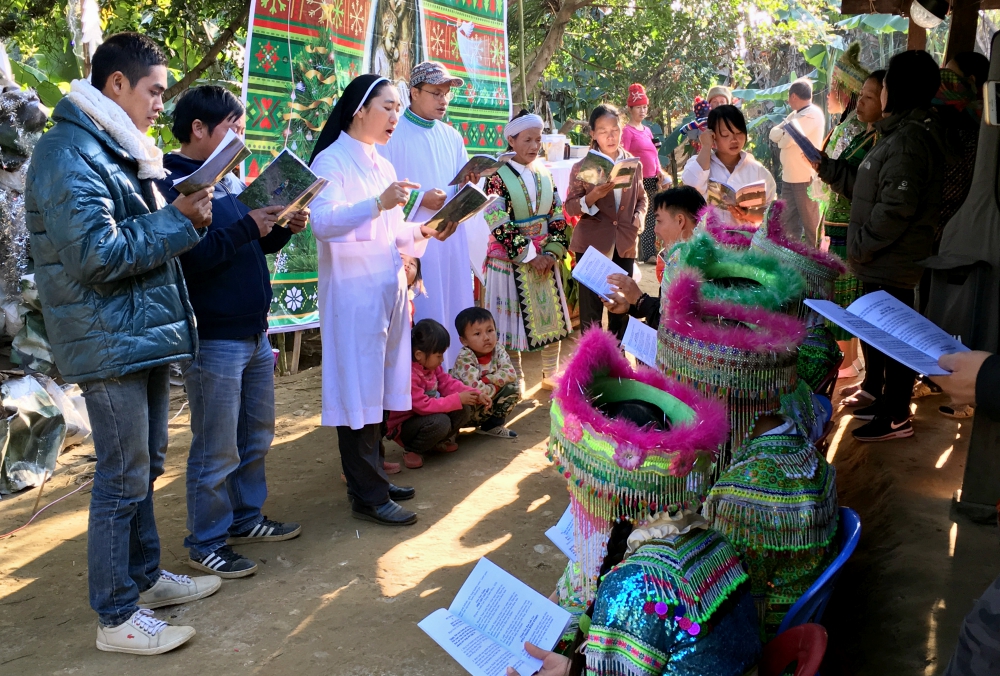 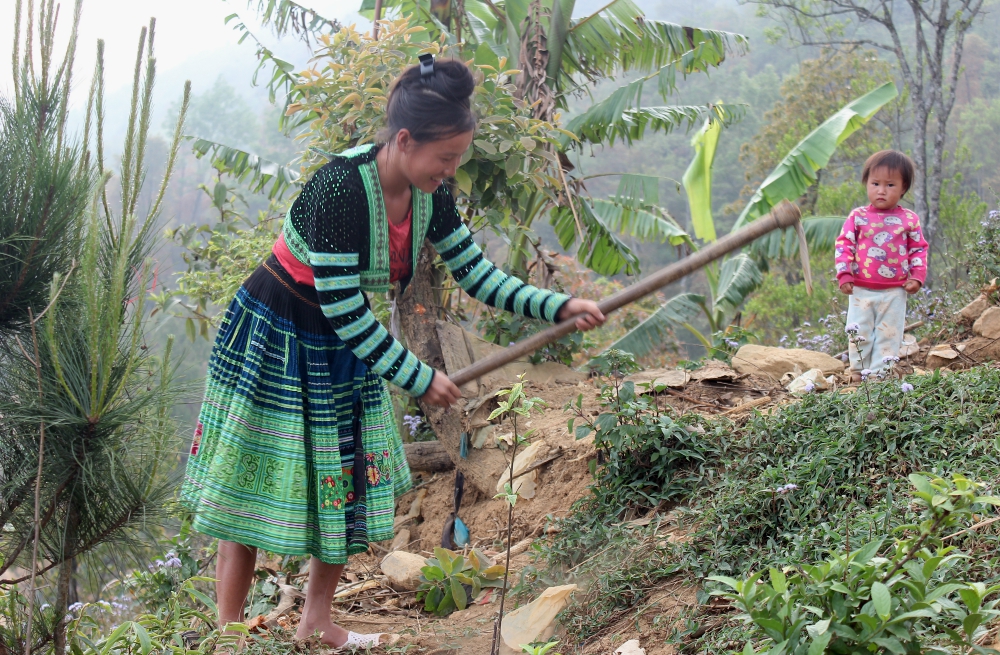 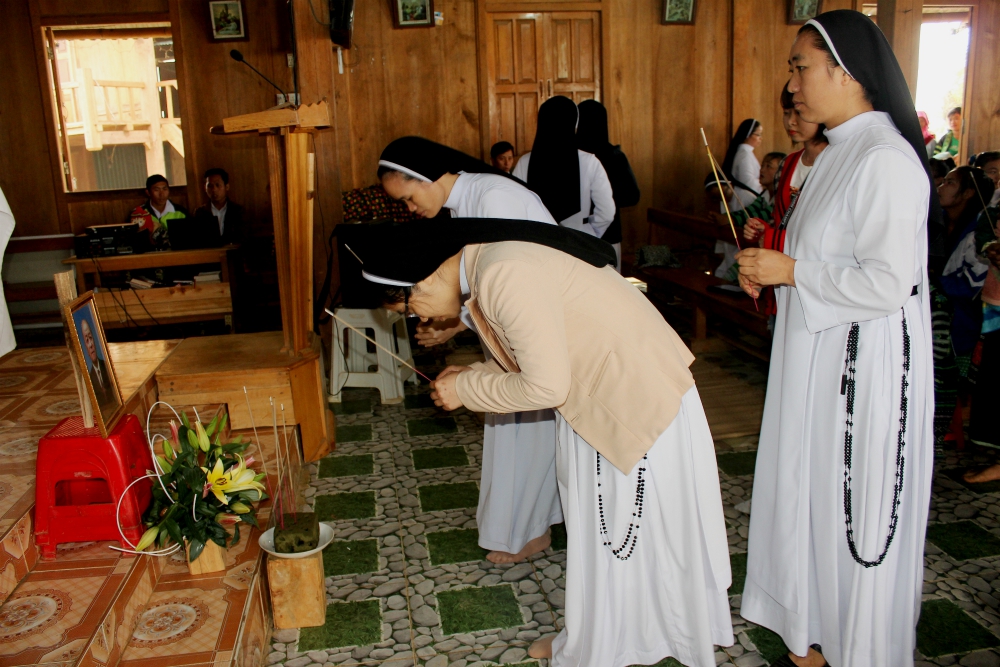 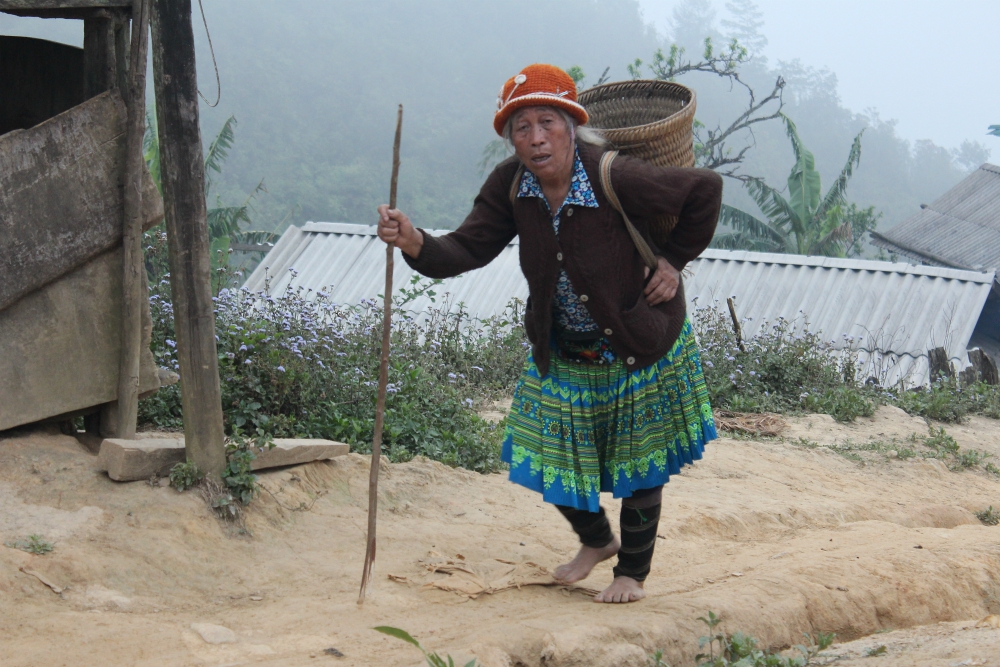