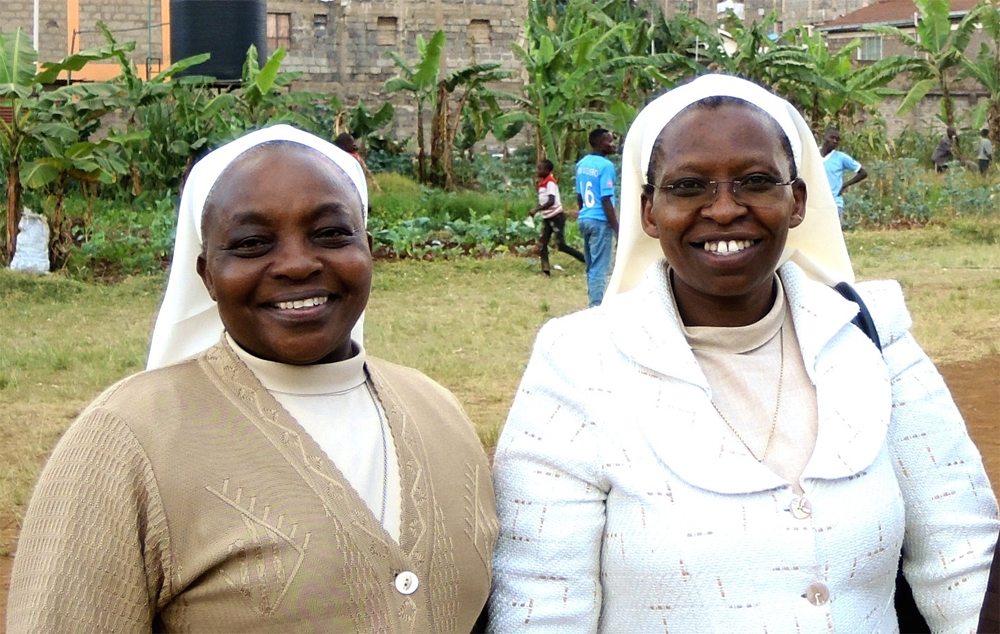 Nairobi, Kenya — Sr. Mary Joan Njeri, an OB-GYN, made a conscious decision to work in a public hospital where women in Nairobi's largest slum who can't afford to go anywhere else come and give birth.

The maternity wing at the Mbagathi District Hospital is so over capacity that women sometimes recover from birth three patients to a bed. The hospital has a capacity for 300 births per month, but in reality, more than 1,000 women give birth there each month.

Mbagathi District Hospital is the closest public hospital to Kibera, Nairobi's largest urban slum, which has an estimated 800,000 residents. About 1 out of every 2 people in Kibera are unemployed, and those who manage to scrape a living together with odd jobs or selling things often live on less than $1 per day. Free medical care at the government hospital answers a massive need.

Njeri, who works at the hospital, told Global Sisters Report about the challenge of finding time to treat each woman with dignity in the rush of a public hospital. 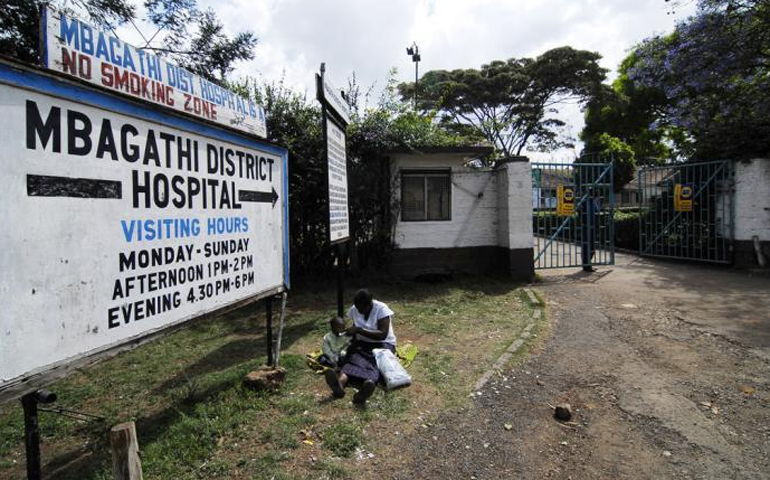 GSR: Why did you decide to be a gynecologist?

Njeri: When I was a general doctor, I used to sometimes work in the gynecology/obstetrics ward. Every time I'd see women suffering and need a specialist, the specialist wouldn't be available. There are very few specialists.

These women had so many problems, and there were so many, but there were not enough doctors to attend to them. So I asked myself, 'What if I became a gynecologist/obstetrician? Wouldn't I be available? Wouldn't I be able to treat them without asking for all those higher fees that the doctors are asking for?' That's what moved me.

Today, I feel fulfilled. I'm working in one of the largest slums, and we have so many women, very poor women. When they come to me, I don't count the time, and I don't count the money. I give of myself freely, and I'm able to give them my best service that I can. 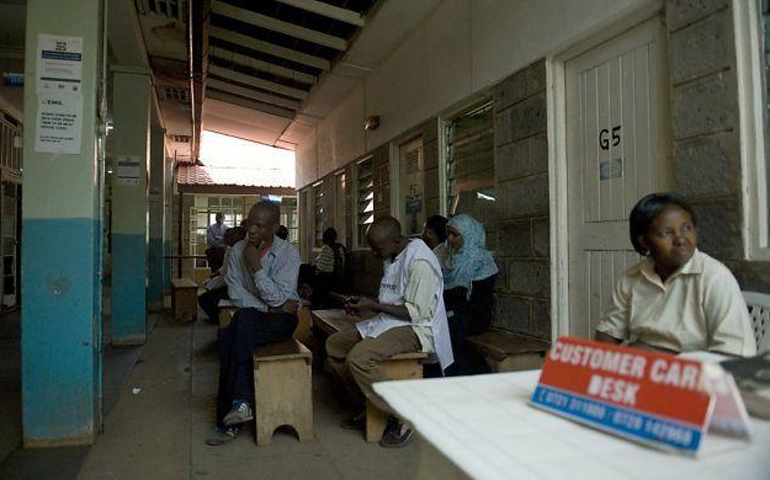 The Mbagathi District Hospital is equipped to handle 300 births per months but actually handles 1,000 births per month, forcing women to leave the hospital just 12 hours or less after giving birth. (Courtesy Wikimapia via Kamykovos)

What is it like to work in a slum hospital?

Sometimes, there are up to three women in a bed. Two sleep in one direction and the middle one in the other direction. Because they're all from slums, they cannot afford to go to other, better hospitals.

Once a woman has delivered, we are supposed to keep her for 24 hours. But because of the capacity, we can only keep them for 12 hours. If they deliver in the evening, the following day, if they are stable, then we discharge them.

We also do between 100 and 150 C-sections a month, about 18 to 20 percent of all the deliveries. Even after a C-section, sometimes when the capacity is really high, they may have to share beds.

It's very challenging. We also have mothers who come with gynecological complications who require more medical care. 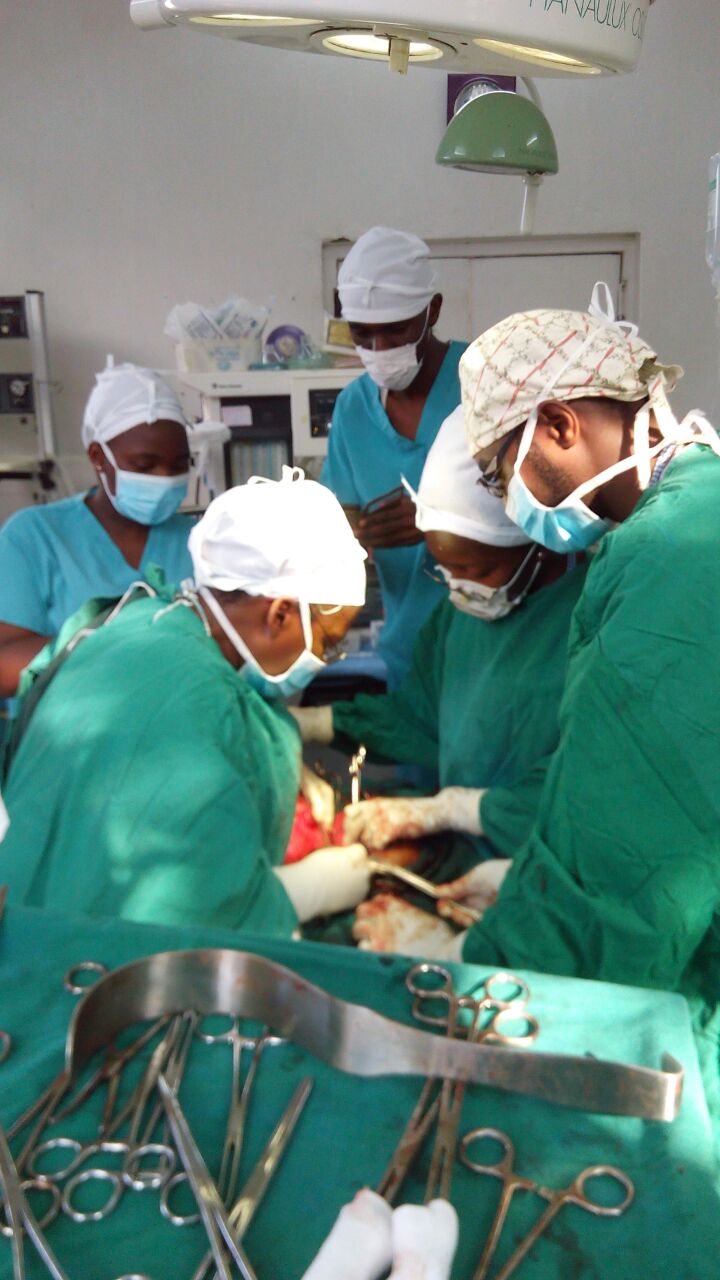 Sr. Joan Njeri said she was called to specialize in OB-GYN when she saw the great need for specialists in the maternity ward. (Courtesy Sr. Joan Njeri)

I wake up at 4:30 a.m. and have my prayers. I don't have a means of transport, so I have to take the bus to the city by 6:30 for Mass. I have to carry my tea in a cup because it's very early. I'm in the hospital by 7:30, and I start reviewing women who were admitted the previous nights while I wait for other doctors to come at 8 a.m.

At 8, I start my major ward round with other doctors. Because there are so many mothers, sometimes this takes up until lunch at 1. Instead of going to eat, I go to pray at 1:15. By 2, I'm back at the ward, reviewing mothers who have been admitted in the afternoon.

In addition to my work in the ward, I also attend to special cases and teach skills to interns. At 5:30, I take a matatu [bus] back to the convent. From 6 to 7, I have adoration and then communal prayer until 7:30. I have supper, and then we have recreation for half an hour. We watch the news until 9:30 with other sisters. I do a bit of reading, and then I retire at 10 or 11.

At night, I can also be on call, either for consultation or to come into the hospital, so sometimes my nights are disturbed. I sleep whenever I can find a free hour during the night. The following day, I wake up at 4:30 and continue. That's what happens from Monday to Friday.

Saturday and Sunday, if I'm not on call, I go out to the slums, sometimes to Masailand [rural, impoverished areas home to the Masai tribe, who are nomadic or seminomadic]. I screen them for cervical cancer, and I encourage them to deliver their babies in hospitals. If I find cases which need attention, because I'm working in a public hospital, I organize with the local frontier clinics to bring them to our hospital so I can get a chance of attending to them. That's what I do day in and day out. It's very fulfilling. 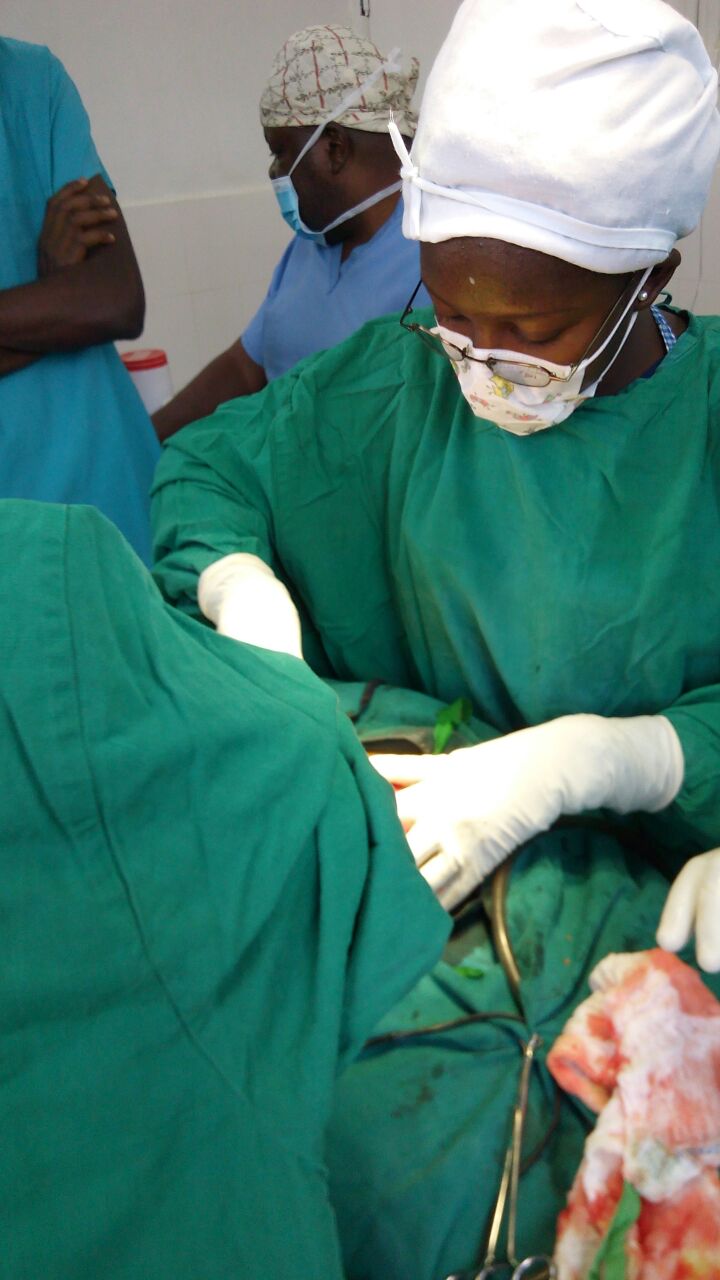 Is there one patient who sticks out in your mind?

I remember one woman who came to the hospital, it was her sixth pregnancy, and she hadn't been able to attend any [prenatal] clinic prior to the birth. When she came, I took her for an ultrasound, and I broke the news to her that she had twins.

She couldn't bear it. She cried. She said, 'Sister, two babies? Where am I going to take them?'

During labor, one of the babies was breached, and I did the operation. She was so poor, she didn't even have a single thing to tie her babies with after the birth. I had my kitenge [large fabric women wear wrapped around their waist during travel or work] in my bag. It was very big and warm, so I took it out and cut it into two. I tied up her babies in my kitenge.

Every day, I have pocket money, which I'm given for lunch, but sometimes I just take a banana and save the rest. So the following day, I went to the market and bought her clothes for the babies. In Kenya, maternity care is free, so we didn't have to charge her anything. But I asked other doctors if we could collect a bit of money for her.

The following day, each doctor put in 100 or 50 shillings [$1 or $0.50], so we were able to give her something. Before she left the hospital, I connected her with a social worker so they could follow up on her.

That was 2014, when I had just reported to the hospital. I was in touch with them until last year. Later on, she could not bear life in Kibera, so she went back to Kisumu [in Western Kenya], where she's from. I tried to call her there, but it never went through, so I don't know what happened to her.

Do you have suggestions for other sisters working in slum hospitals?

I want to have as many sisters as we can [working in public hospitals] so we are able to reach the poorest of the poor and be able to change their lives, even if it's just a little bit. There are many medical professionals who attend to the people with economic means, but there are few people to attend to the poor. Sisters should not give up, they should work hard. But also, when they can, let them ask for help if they can find people who can offer some help.

It sounds like there are very difficult conditions in the hospital. How do you keep your faith?

My faith and my conviction have given me power to continue. I know that I'm not working just for people, I'm working for a higher power, for the Lord. And it is him who energizes me.

Also, every day, I have to pray twice. I have to go for Mass early in the morning: wake up, pray, then go for Mass. In the evening, again, I have to be in front of Jesus and ask him to give me the power and the energy. That keeps me fulfilled, even when things are very hard.