Sr. Mary Lilly Driciru of the Missionary Sisters of Mary Mother of the Church is the editor of Leadership, Uganda’s oldest and largest Catholic magazine, and the founder of a unique video ministry for illiterate women in rural Uganda.

How did you become a journalist?

I wanted to be a catechist, someone who teaches the fundamental values of the Christian faith to the young ones. But my founder challenged me and told me there are a lot of people who are doing that already. He told me that there’s a need to reach out to the relapsed Christians, especially those who are in crisis, to help them to address their crisis in faith.

He recommended I become a journalist, because with journalism I can use the tools of modern communication to reach out with the Christian message. Journalism gives me different avenues to interact with different categories of people. I like investigative journalism because I met parliamentarians and high profile people, but through my work I also met many who are in faith crisis, and I would write articles to address this as well.

How did you come up with the idea for video ministries?

I have a passion for helping the people who don’t know how to read and write. I saw they were falling through the cracks, especially the women and youth who dropped out of school. I came to realize even the women who didn’t know how to read and write could understand film language and we could have discussions about the films [rather than Bible groups centered around reading].

Multimedia is the best approach for the local people because we can use the media to reach them with our messages. So I would film people in educated fields, and then I’d go into local communities to show them these films and we’d have interactive discussions with their feedback. The most popular film was called “Maria;” it was about a woman whose rights were deprived because of the culture. She was a widow, and this film spoke so much to the local women who identified with her. We’d discuss the film with them and try to find a way to move forward. I think some of them were inspired eventually to take a stand for their legal rights. Others found avenues to solve their own local problems, especially when it comes to land disputes or being deprived of property by their husbands. That kind of outreach through the media inspired me, and it earned me a scholarship.

What did you study?

I went to Rome and studied in the Jesuits’ Gregorian University. I studied communication with a focus in electronic media and producing film and television. They said that through the audio-visual ministry I have a very large impact on the local community. Now we’re in the process of setting up an audio-visual ministry center in Arua, Uganda – except we’ve hit a roadblock because we were renting the venue and a lot of the equipment got stolen. Right now we’re trying to build our own center but it’s not complete.

What is your favorite story that you’ve ever written?

One of my most favorite stories was my first experience investigating health and food issues. I was looking for tips, and one of my friends suggested I write about a very dirty marketplace near a hospital. The following day, I came with a camera and started interviewing people. I was like, ‘Wow, you are cooking for the sick, in a dirty environment, meaning they could be reinfected.’ [In Uganda, hospitals generally do not provide food for patients, so patients’ families’ often purchase cooked meals at private markets set up near the hospital’s entrance].

As soon as my story appeared in a daily newspaper called New Vision, the city council came and closed the market down. They reopened it later, but in a completely different shape, which was more organized and much cleaner. So my article brought a change in the local community. For me, that was a big surprise. I’m like, ‘Wow, I can influence the local community and the environment in which we operate.’ It made me happy.

Are there times when being a sister has helped you get stories?

Yes, it has helped. When I was taking the photo in the markets, someone alerted vendors; they told them, ‘You know, your photo is being taken and anything can happen.’ But because I was a nun, they didn’t harass me; they allowed me to do what I was doing, maybe because they know what a religious person does is for the common good.

It also helped one time when I was doing a story about an underground prison. I went to the central police and they told me, ‘Sister, we trust what you’re going to write is very objective, and we know you’re not going to write anything incorrect.’ So they gave me all the files and they even took me to the underground prison to take photos. Also, in the parliament in some of the offices they don’t give the files out because journalists are fond of distorting information. But because I am what I am, they would give me files.

What are some of your challenges as a sister who is a journalist?

The first challenge is that people assume journalism is a profession for men. Also, as a sister, sometimes I am denied certain opportunities and certain access. They know as a sister you are promoting moral value. So if there’s a story where there’s corruption or malpractice, they kind of sideline you because they know they will not succeed in getting what they’d like to get.

What advice do you have for sisters who are interested in the media?

I would like sisters to come out of their comfort zone and their fear of being known. Sometimes we misunderstand the virtue of humility to mean that you shy away from people. To me it doesn’t mean that you shy away from people –  it means that you accept people the way they are, so you are facing yourself and facing others in truth. I also recommend sisters come out of our comfort zone and embrace modern technology, because there is no way we can be effective in today’s world without using these tools. The media is a platform where you can share challenges and problems. If you keep quiet about your problems, you can develop issues like anxiety and stress, but if you are open, people can easily help you. They say a problem, once shared, is halfway solved. 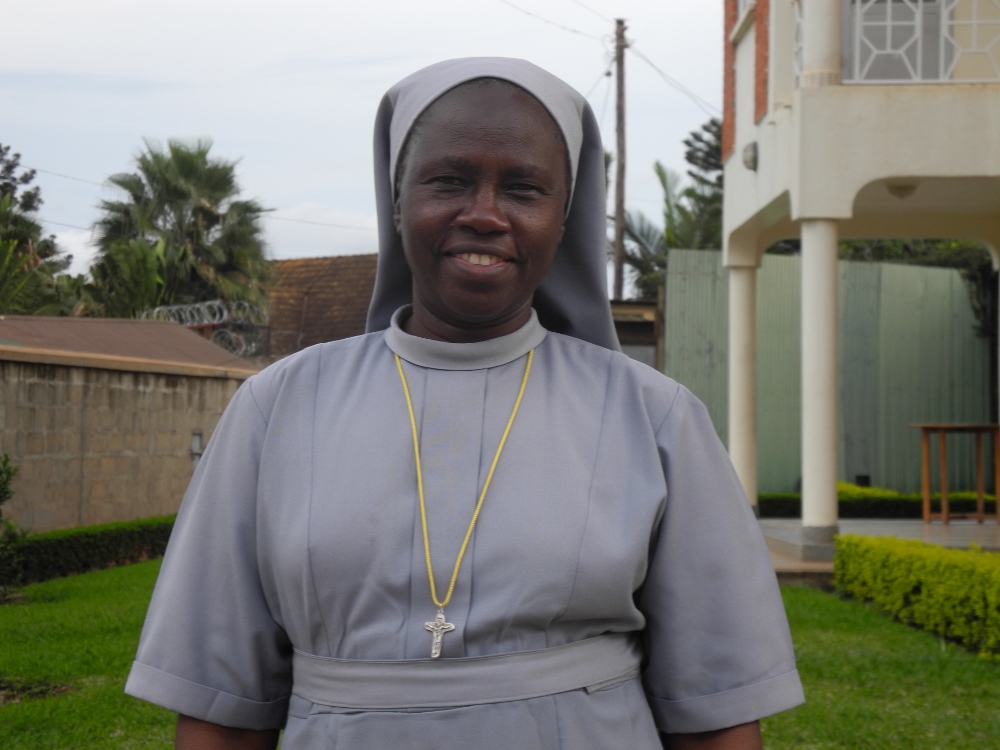