Sr. Orla Treacy of the Institute of the Blessed Virgin Mary, also known as the Loreto Sisters, from the Irish town of Bray in County Wicklow is the principal of Loreto Secondary School in Rumbek in Lakes State, considered the premier girls' school in South Sudan.

Treacy, 43, is the youngest member of the Irish Loreto province, which founded this educational mission in 2006. This year marks her 10th year in South Sudan and her 19th as a Loreto Sister.

The challenges in South Sudan include those directly related to the civil conflict, which erupted in the world's newest nation in December 2013. The violence has resulted in the displacement of thousands of people and has stunted the progress of this young country.

There are also huge challenges in relation to education of women. Because of the high incidence of poverty in Lakes State, some estimates have put female literacy rates as low as zero to 10 percent in rural areas in Rumbek Central County.

GSR: How many students attend the senior and primary schools in Rumbek, and what are the challenges for the schools?

The secondary school now has 200 girls from different tribes and clans from all over South Sudan. They are boarders and so learn to live with one another.

As a girls' secondary school, we are constantly challenged with the issue of forced marriage. We now ask parents to sign a contract with the school allowing the girl to remain for four years of secondary school. Unfortunately, in our Dinka culture, the uncle may be the one with the power over the girl, so the parents are often helpless.

You have now spent 10 years in South Sudan. What changes have you seen for the better and for the worse?

In February 2006, three of us traveled to Rumbek to begin the mission. When we arrived, it was Sudan. For the past five years, since independence in 2011, we have been living in the new country of South Sudan. When we arrived, people were cycling bicycles. In recent years, we have more motorbikes and mobile phones.

In the early years, there was great expectation for peace and independence, and we got it, and it was wonderful. Like welcoming a new baby into the family. People were united, proud and excited. The past two years haven't been as easy . . . like the baby learning to grow and teething. We have had a lot of troubles, insecurity and tension in the country.

Has the conflict, which erupted in December 2013, affected Rumbek and the Loreto schools?

I remember the morning after the trouble started in the capital in Juba. It was a big shock to us. Within two weeks, it spread to other cities, including Malakal, where Solidarity in South Sudan had a teacher training college. We were very aware of the community there, and as soon as they were able to get out, they came to stay with us.

Thankfully, Rumbek has been relatively secure over the past two years. There are more arms available, and most of our young men have guns. Like most organizations, we have had to employ additional security guards, particularly at night. But thankfully, we have been able to open school every day and even continue our building.

But there is a lot of insecurity on the roads. That means that students who come to study with us from far away don't find it easy to go home. Many of the girls prefer to stay in the school compound during school holidays and just travel home for the longer holidays at Christmas each year.

The ordinary people are tired of the fighting. They want peace, progress, development.

Thousands of people have been killed and over 2 million have been forced from their homes since the conflict broke out. Have you seen evidence of famine in Lakes State?

Lakes State has become home to many displaced people. It's one of the beautiful qualities of the South Sudanese. They are so hospitable and open. A visitor is welcomed, fed and watered and only later asked their business — a great model and challenge to us in the Western world! Most of our families have welcomed distant relatives or other families. Many of our workers are feeding 10 extra people per day.

For the first time ever, some of our students came back to school after their long holidays, and their families were hungry and looking for food. Hunger is part of the life for us at the moment. The currency has collapsed and people can't afford to buy the food.

On their recent visit to Rome, Archbishop Paulino Lukudu Loro of Juba said Pope Francis accepted an invitation to visit at an appropriate time.

I know our students love Pope Francis and want to welcome him to the country. Religion and church are important to the young people in particular. The call of Jesus to forgive is a very strong challenge to us; the culture is very strong on revenge. So to offer another model is appealing to the youth. And of course the experience of the cross is real and people experience it every day.

What are the hopes and challenges in 2016?

Three of our first graduates will graduate from university later this year, and we are excited about this. Most of our graduates are in university. All have the potential to make great contributions to their community, fulfilling Mary Ward's hope that 'women in time to come will do much.'

We never have enough places for the girls who want to come to the school. Last year, we had 190 girls looking to come to the school, and we could only welcome 60 girls. This is always a challenge. We try to select girls from all communities and hope that they will be able to work as ambassadors.

Is the position of women changing for the better?

The position for everyone has disimproved. With the war, everyone is suffering.

Women were due to get 25 percent of the appointments of governors recently, but there was no woman among the appointees. When asked about this, the president said, 'Women are weak and can be kidnapped.'

Is the culture of early marriage and cattle dowries still pervasive?

Yes, it's part of the life and culture. Despite legislation and the efforts of NGOs, 7.8 percent of the female population is married before the age of 15, and 49.5 percent are under the age of 18.

This greatly increases the chances of pre- and postnatal complications and is a major contributing factor to the nation's status as the country with the highest maternal mortality rate in the world.

In South Sudan, a 15-year-old girl is seven times more likely to die in childbirth than she is to finish secondary school.

What keeps you in South Sudan?

After 10 years, I like to think South Sudan is my home. To be part of building something is really wonderful. Most of our students are the first in their families to be educated. Students want to learn, and to be able to facilitate that is great.

As a missionary, every fiber of my being is challenged in South Sudan. It really is a great place. Beliefs and attitudes I had from Europe have all been challenged in one way or other, and I am constantly amazed. 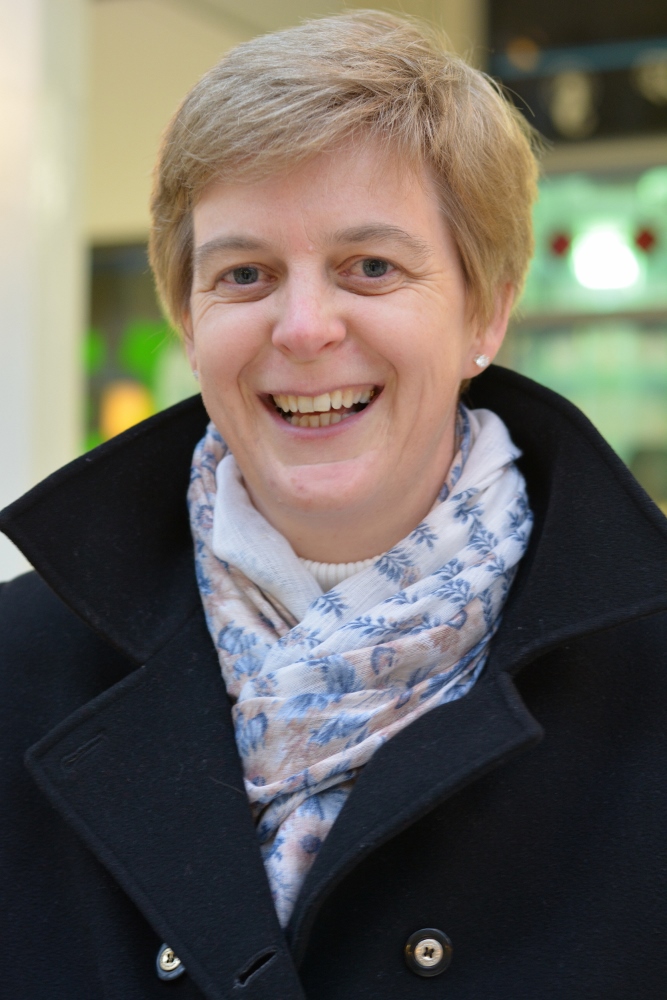 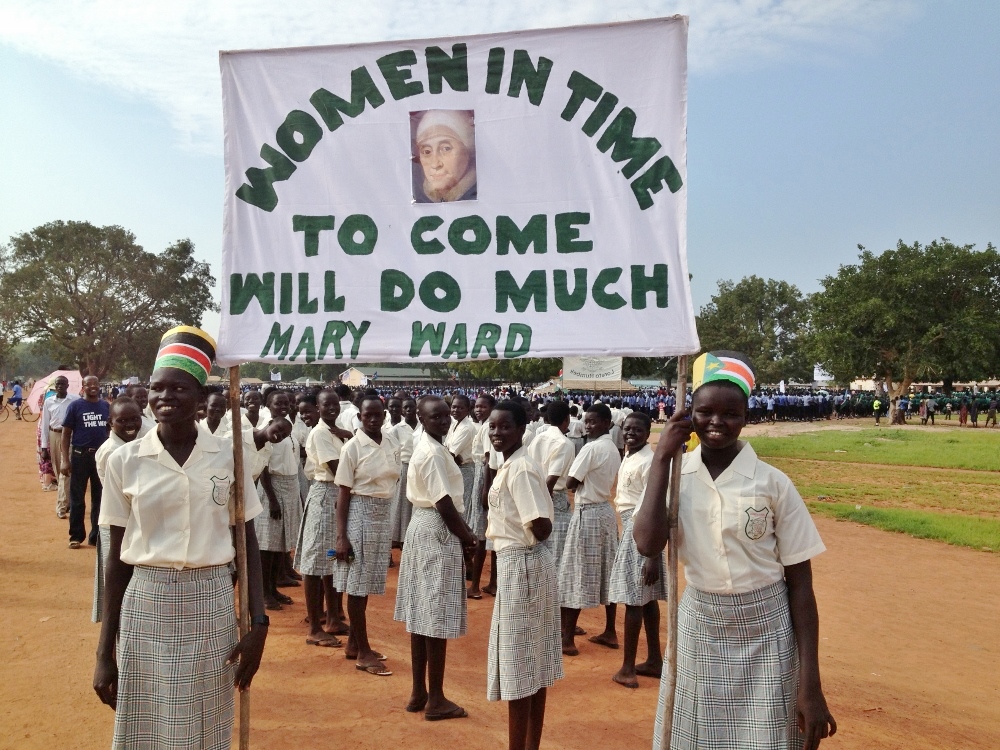 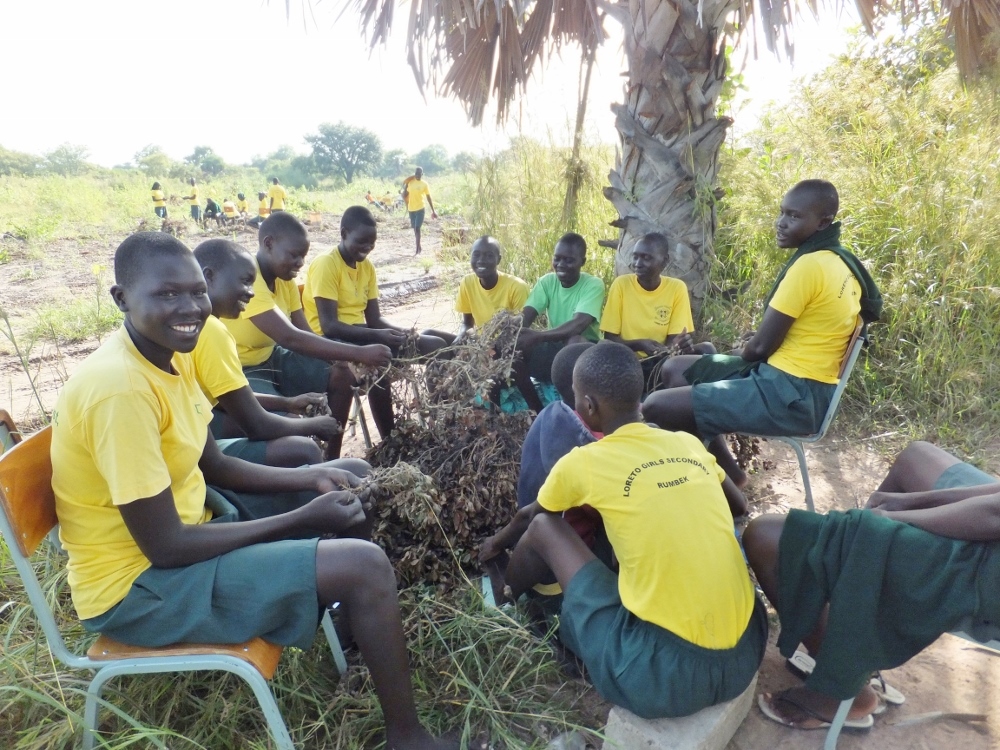 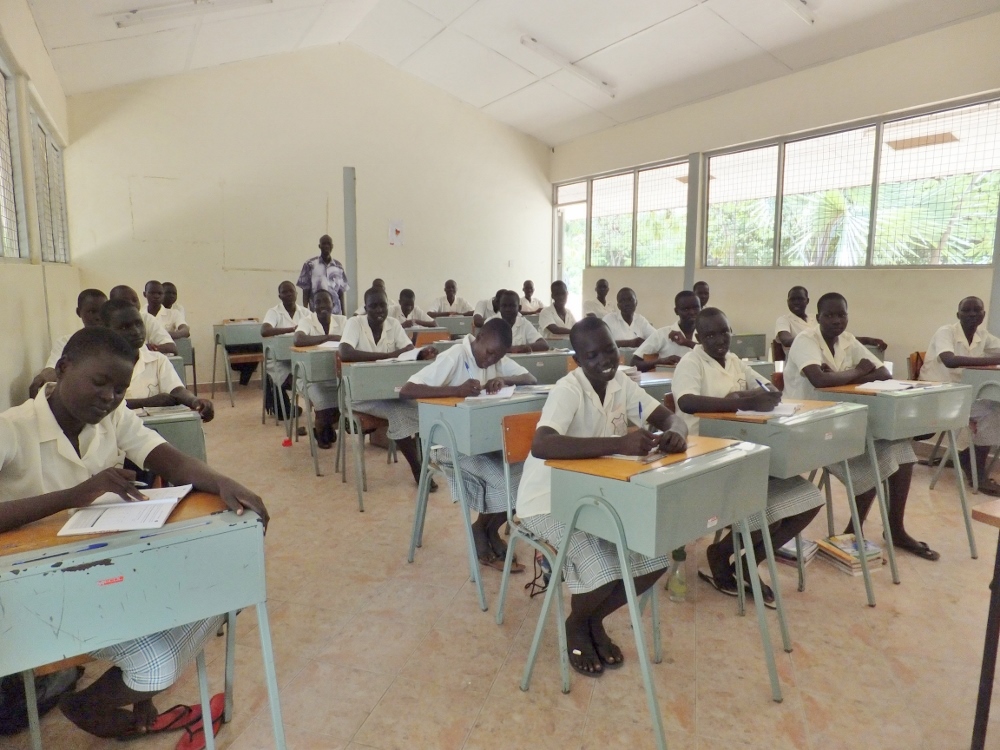 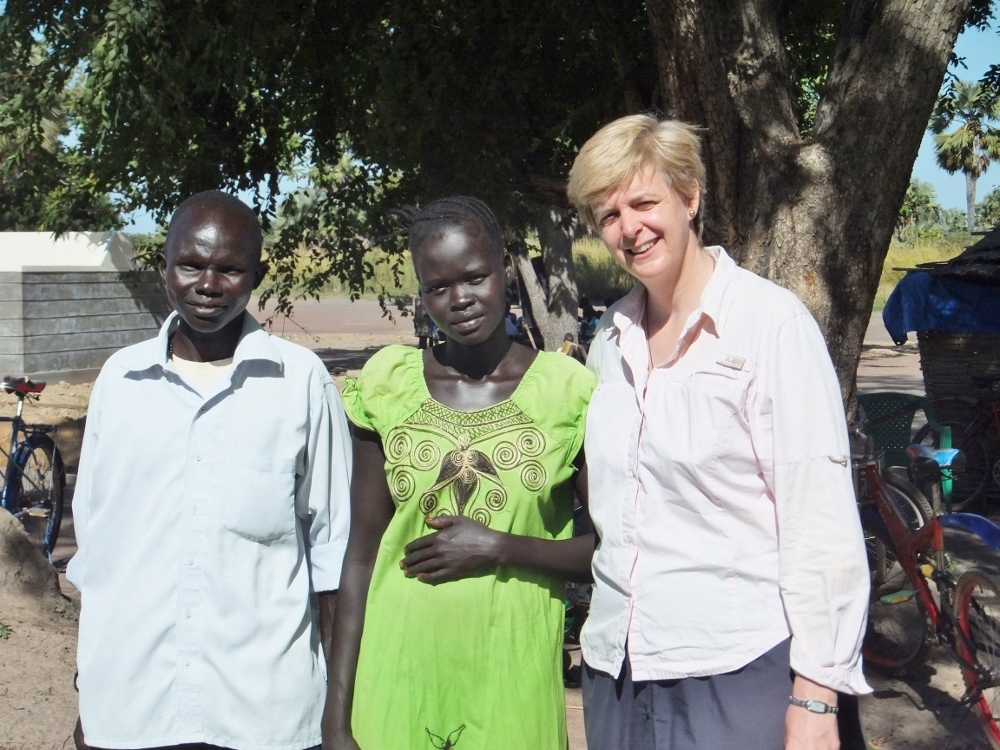