The Kenyan coast is famous for its beautiful white sandy beaches with palm trees, the warm waters of the Indian Ocean, coral reefs, and sand dunes. But the sunny beaches are a hub for European sex tourism, especially sex with minors.

The sex tourism affects more than just the exploited children: It has changed the local attitudes toward sex. Naomi Kazungu, manager at the governmental Malindi Child Protection Center, told GSR an average of 324 cases of child abuse are reported in Malindi every month. Out of these cases, an average of 28, almost 9 percent, are sexual abuse incidents, though few cases are reported to the police. Of those reported, most are dropped because of interference with witnesses by perpetrators, bribes to investigating officers or threats to victims by culprits.

The Pope Francis Rescue Center is working in Malindi to ensure that minors get the help they need and to bring perpetrators to justice. The Diocese of Malindi started the center in 2015 to rescue the children and immediately remove them from the harmful situation. Every three months, the center takes in at least 45 sexually abused children.

On a daily basis, children as young as 3 years old, both girls and boys, narrate harrowing details of sexual abuse, often by people close to them. Individuals, sometimes family members, molest and destroy their future.

Sr. Redempta Kabahweza of the Missionary Sisters of Our Lady of Africa, once known as the "White Sisters," is a counselor providing psychosocial support to the children at the center.

Global Sisters Report recently sat with Kabahweza and heard about her struggles dealing with the children's tales of deep suffering and traumatic experiences about the sexual violence they have survived and how she finds the inner strength to keep fighting for justice.

GSR: You are Ugandan. How did you come to Malindi, Kenya, and to the Pope Francis Rescue Center?

Kabahweza: A few months before the profession of my final vows, the bishop of the Catholic Diocese of Malindi, Bishop Emmanuel Barbara, called our superior general and requested help in running the Pope Francis Rescue Center. The diocese had just completed construction [on the center]. The superior general wrote letters to three of us: Sr. Margarita Rodriguez from Spain, who was to be the center's nurse, Sr. Maggie Kennedy, who was going to be the administrator, and myself as a counselor, though when [Kennedy] arrived from the U.K., she decided to continue with her mission of awareness against human trafficking.

I was very excited to undertake the role of counselor because it was the first time I was going to practice my counseling skills. I really wanted to work with the kids, and so I was dispatched here immediately after my final profession. I was very happy.

How has it been so far dealing with the children?

It has been very fulfilling, but not easy at all. Listening to what the little kids have gone through breaks my heart. When I arrived here, I found a 2-and-a-half-year-old girl who had been sexually abused repeatedly. Can you imagine? Two and a half years old. That's an infant who is still breastfeeding. She didn't even know how to talk. She struggled calling me "Sister." Instead, she would pronounce it "Thithita" because she was still learning how to talk. You wonder how a man in his sober senses would defile a baby! So it has been very distressful.

Does listening to these children's sexual abuse experiences traumatize you, too?

Yes, it does. And not only me, but also everyone else taking care of the children here. When a sexually abused child is rescued and brought into the center, you see the sadness in every person's face. Our social workers, the house parents, our nurse and even the drivers who transport the children here get very traumatized.

Out of all the people dealing with the children, you are the person who listens to their traumatic experiences of sexual violence. How do you cope?

Everything I hear from the children is very traumatizing. Since I'm the counselor, they open up about every detail of their abuse after a short while. Some of the things they tell me are confidential, and I have to keep them to myself. Sometimes, this is overwhelming, and I lock myself in my room and cry so much. My superior has to counsel me twice a month.

For example, today I have been playing with two girls aged 4 years who came to the home in a bad state after being sexually molested. I need to investigate who victimized them, for this is my duty. Our legal officers cannot proceed to file court cases before confirming our suspects and getting the kids to testify.

One of them through a masculine doll was able to confirm that it was her maternal uncle who molested her, even though a police statement states that she was involved in an accident through which her private parts were bruised. Her hospital examination had confirmed that she had been sexually abused.

Today, she even asked me if there was a possibility that her uncle could by any means break into the center and kill her. He had threatened to do so if she ever told anyone what he had done to her. I had to cuddle her and give a firm assurance that there was no way on Earth that her uncle could get near her. Today, that was a breakthrough for me as a counselor.

Apart from counseling the children, is there any other support you offer?

Because they have to be integrated back to their families after three months' stay at the center, I have to visit their homes and talk to their relatives and assess if taking the child back to the family poses further harm. Sometimes, I also have to counsel the relatives on how to best ensure their children are not exposed to pedophiles in the family or in the wider society.

I also prepare the kids for testimonies in court. For example, one of the 4-year-olds already testified in court about her defilement incident. Afterward, the court officers called us to say that the case file was missing and the child needed to testify again. I just said no to them. She is not ready to go through the testifying process again. And I have a strong feeling someone has been bribed to lose that court file.

What motivates you to continue with your work despite the trauma?

The bishop of Malindi, Bishop Emmanuel Barbara, saw the "crime against humanity" in this region and felt that something must be done. He started the Pope Francis Rescue Center based on the social teaching of the church: to have a society where all children live with dignity and their rights protected. Its mission is to offer a holistic approach to children who are vulnerable to sexual abuse regardless of race, ethnicity, religious beliefs or gender and to enable them to realize their full potential. My congregation is very much dedicated to the work of justice and peace. I also am very dedicated to that mission, and I want to see justice for these little kids.

Every case the center takes to court and every progress we make toward attaining justice is my daily motivation. Every child we integrate back to the family after months of counseling gives me much satisfaction. I want to continue being here so that I can follow up to the children who go back to their families because I want to make sure they are safe and not abused again. They trust me to protect them from their abusers, and giving up will be letting them down. I will also not have peace of mind until such an age when they can protect themselves. When they call me "Sister" and share with me all their fears from the outside world, I'm more convinced that I need to be here for them. They are very vulnerable.

[Lilian Muendo is a freelance journalist based in Nairobi, Kenya.] 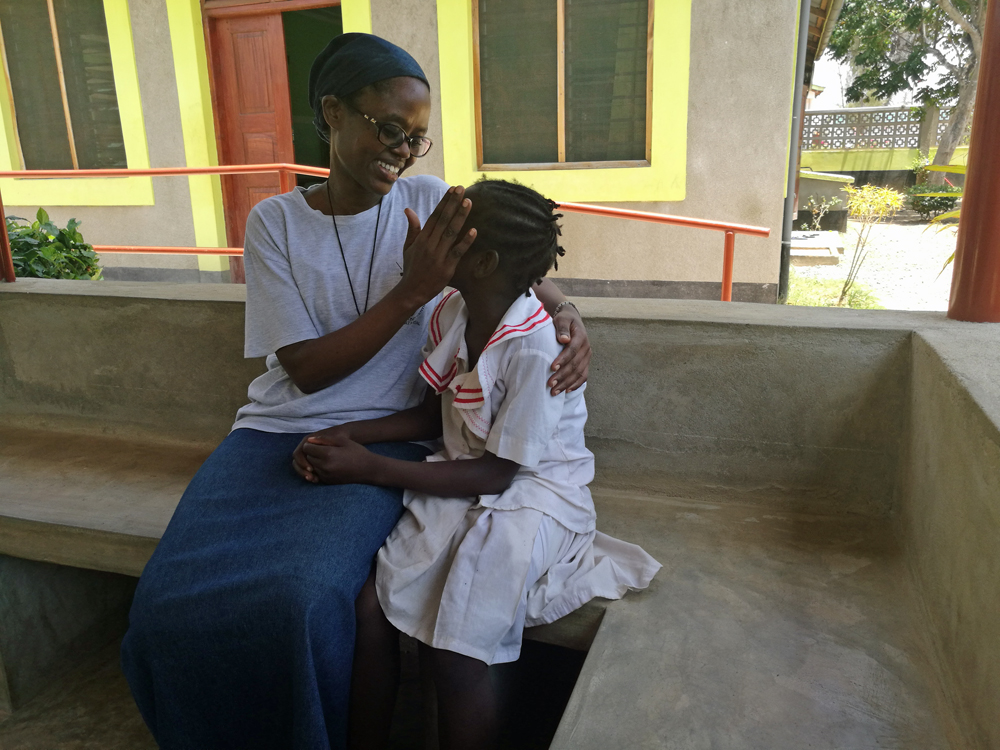 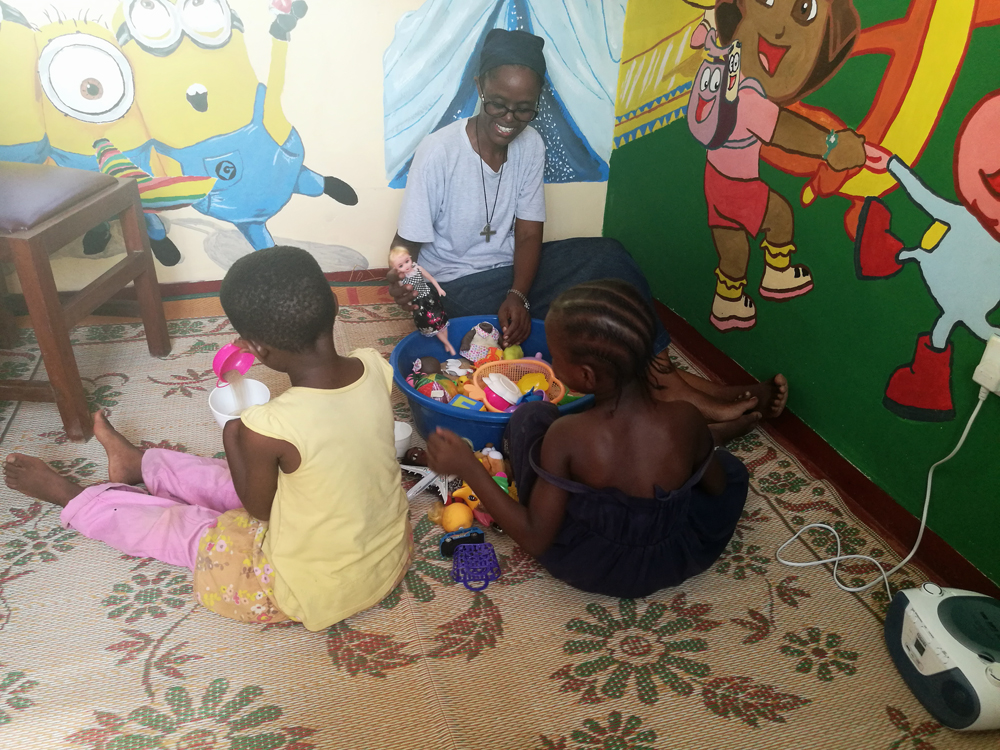 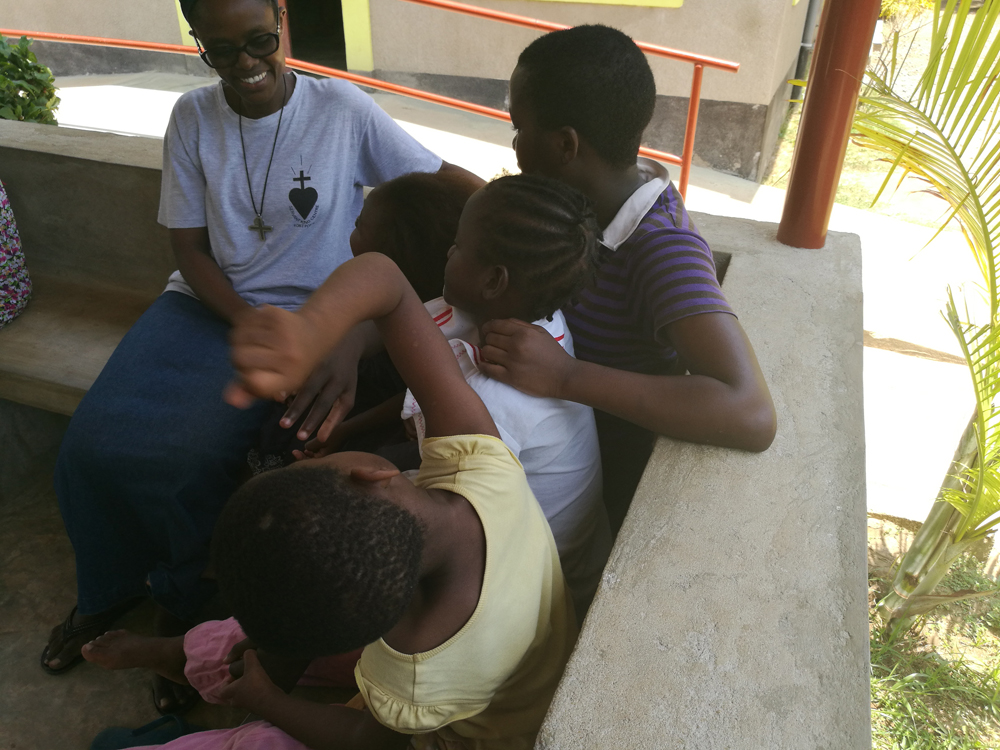 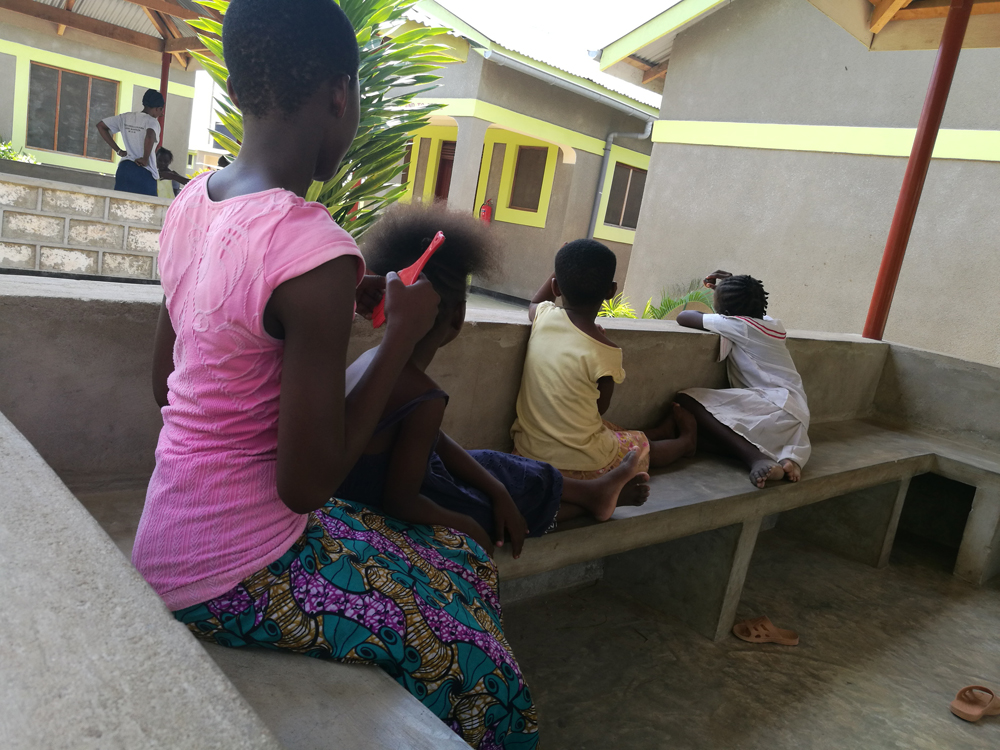