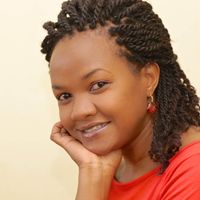 Lilian Muendo is a freelance multimedia journalist based in Nairobi, Kenya. After graduating with a master's degree in media management from the University of Westminster in London, she joined the BBC to produce a television and radio governance debate program in Kenya from 2012 to 2014. She is currently a part-time lecturer at Daystar University's School of Communications, mostly teaching broadcast journalism. She worked for Kenya Broadcasting Corporation from 2006 to 2012 as a reporter and news editor.

Younger generations are leaving villages for city work or professional development abroad. Their elderly relatives are increasingly being left behind in their rural homes. St. Mary's Village, a home for abandoned elderly and incapacitated women, takes on the most vulnerable of these cases.

Despite sisters' efforts, social acceptance of sex tourism on Kenya's coast means victims are unlikely to seek help. Sex work, including for children, is seen as an acceptable means of earning a living in coastal Kenya. What is seen as a quick way out of poverty makes it hard for women and men religious to rescue young girls from sexual exploitation.

As Kenyans were poised for a repeat presidential election Oct. 26 after a nullified vote last August, nuns in the Association of Sisterhoods of Kenya played a significant role as poll observers and voter educators.

Global Sisters Report spoke with Sr. Redempta Kabahweza. As a counselor to children who have survived sexual violence, she hears the children's tales of suffering. She shared how she deals with these traumatic experiences, and how she finds the inner strength to continue fighting for justice.

Sister Marguerite, Rwandan sister killed in Yemen, was a surrogate mother for her family

Sister Reginette, Rwandan sister killed in Yemen, cared for people since she was a teenager