Sr. Lorena Morales' life underwent a drastic change 20 years ago when she left the historically peaceful environment of her native Costa Rica for the violent setting of war-torn Sudan.

For Morales, a member of the Comboni Missionary Sisters, it meant leaving the safety of a nation that abolished its army in 1948 after a five-week civil war, the last armed conflict the country was involved in.

She has since shared the plight of Sudanese communities caught in fighting that for a total of four decades has battered the northeastern African nation.

First as a part of Sudan, covering about a third of what was then the country's territory, and then as an independent nation starting in 2011, the landlocked Republic of South Sudan has been the stage of almost constant internal armed conflict.

Two civil wars, from 1955 to 1972 and again from 1983 to 2005, plus the present armed conflict that started in December 2013 have led to a collapsed economy and appalling health care and other social problems that rank the country in second place after Somalia among 187 nations in the Fragile States Index, an annual report put out since 2005 by the U.S. think tank Fund for Peace and Foreign Policy magazine

United Nations' estimates place casualties for the present strife at around 50,000, plus more than 1 million displaced and another 2 million people who sought refuge in other countries.

In her unwavering faith, her connection to God, prayer and hope, Morales finds the strength to endure the hardships of armed conflict that pits South Sudanese army troops and guerrilla forces against one another

Within the brutal context of violence gripping South Sudan, one focus of Morales' pastoral work with local communities is a particularly vulnerable segment of populations in war scenarios: women.

South Sudanese women are remarkable, she said in an interview with Global Sisters Report. Although they are targeted by combatants on both sides of the conflict, their practiced ability to organize under strain allows them to be watchful of possible military or guerrilla incursions, protect children, and seek food — either the emergency aid from the U.N.'s World Food Programme or, when that is not available, whatever they can find in swamp areas, near the historic Nile River, or in the bush.

GSR: How do you describe your experience in South Sudan?

Morales: I believe this path, this pilgrimage in South Sudan, starts with my missionary vocation.

Once I did the training, when I was asked where I wanted to give my missionary service, I was centered on Africa because I felt a very powerful call from God and God's experience to be present there, in the midst of those people.

After that, Sudan — which at the time was one country, South Sudan had not become independent — was proposed, and I was sent to the southern part of the Sudan.

The first years had quite a strong impact. I've always worked in war zones, and it's like being born again. You have to trust God a lot. Prayer is something very important, [along with] the community, pastoral teamwork. Besides that, have an unwavering faith and hope in situations where sometimes you don't see ways out.

I believe that this whole experience has defined me because one arrives in certain contexts and says, "All right, I have this plan, this program." But the situation defines you, and you have to read it along the way from the experience of God, your relation to God, in order not to run out many times.

I usually tell my family, the people close to me: I was born again there.

What does that mean to you, personally, being born again?

It means opening up to what was implied in a new culture, a new language, a new relation with God, from the situation I was living, from the reality I was living, to be more flexible, very creative, not to cling to plans, because the situation itself tells you, "Today, you're here; tomorrow, you don't know."

So, in that sense, there's a transformation. One becomes more open, more flexible, as I told you, more creative. They're situations that give you two options: Either you become a rock, strong, to fend off the whole critical situation you live in, or you become more human, and I believe that God worked that humanness in me because otherwise it wouldn't have been possible to keep up under certain circumstances that are quite hard.

Women and children are a particularly vulnerable sector in a country gripped by war. What's their situation in South Sudan?

It's quite difficult. They're the most vulnerable groups.

How would you describe it?

There have been many cases of violence, of sexual abuse, when [military and guerrillas] kidnap them, take them away, make them their wives. Some manage to return. Others haven't returned.

Over the past months, I've worked directly with these groups of women. We do what we call trauma healing a lot, creating spaces where they can tell their story, feel comfortable, express themselves without any fear, and receive some coaching, create projects that help them to advance, bring their family forward.

I admire these women. It's worthy of admiration because they have a very big capability to organize in a war zone.

As soon as a zone is under danger of attack, the first thing they do is to send the children out: to the bush, the islands in those lakes, swamps, to small islands in the middle of the Nile. They take them out, take the food out, take out the goats, the chickens, all that's possible. After that, they leave, trying to protect especially the children.

When there's conflict, violence, they're the ones who move the easiest in certain zones, so they tell you: "Well, the battle front is moving south" or "toward the north" or, "We have to move the community in a certain direction because they're moving somewhere else." So they move around.

And when the U.N. starts to distribute food — because the food they've tried to stash or save runs out — they run risks; they enter zones occupied either by the guerrillas or by the government to receive assistance and to carry those bags to where the children or the sick or the elderly are.

Yes. Sometimes even for days, on canoes or walking through swamps or through open zones. It implies a lot of risk also, because perhaps there are groups in the zone who assault them or rob their food, rape them, or take them away.

Both warring sides do that?

Yes. So, to me, women play a key role there. It's decisive for the survival of the people, of the communities that manage to survive.

Do they stay where they go or do they return when the danger's over?

If it's possible to return, they return to see if there's anything left. If still there's danger, they don't. They remain in the bush, in the forest.

What's the impact of such a situation of chaos and violence on your faith?

I've felt my faith is on a path. It's a process; it has had several processes; it's something that is growing. I've come to understand that I don't know whether peace will arrive tomorrow or 25 years from now in South Sudan. I don't know. What I've come to understand is that being there, we bet on life, on people's dignity, on love, on reconciliation, despite of all that's around.

So this actually strengthens your faith.

Yes, exactly. I've gone through experiences that are very hard because I've been in areas where there is bombing, shooting, whatever, and one goes through what they call a dark moment. After, it's like all of that leads to a light that tells you, "Go forward, this isn't the end. This is not what God wants. It isn't what we, as human beings, are called for. It's necessary to go forward."

I say, "No. One never gets used to violence, never. And one shouldn't. Never get used to seeing violence as something natural, to seeing a person's dignity trampled on as normal."

[George Rodriguez, a freelance correspondent based in Costa Rica, has reported for Reuters and other international news agencies.] 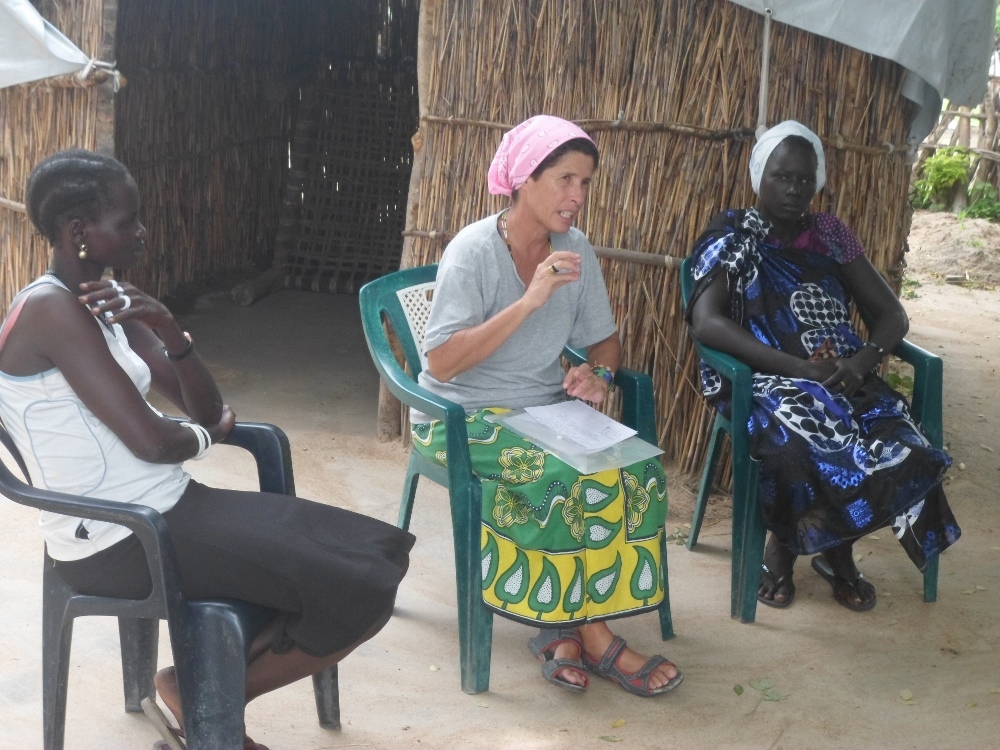 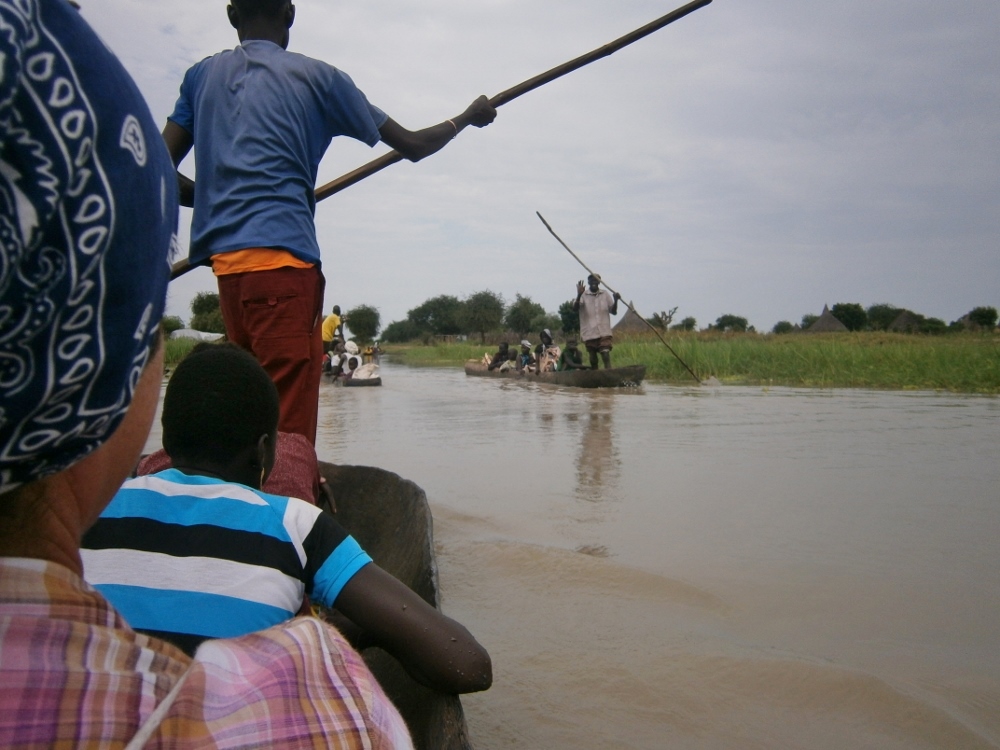 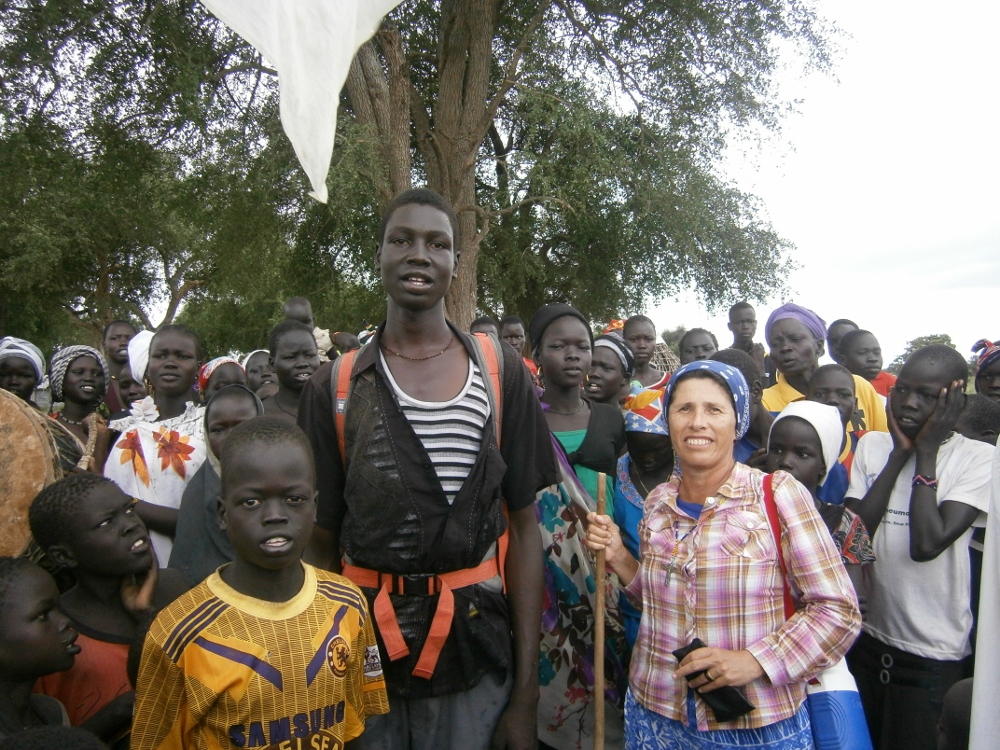 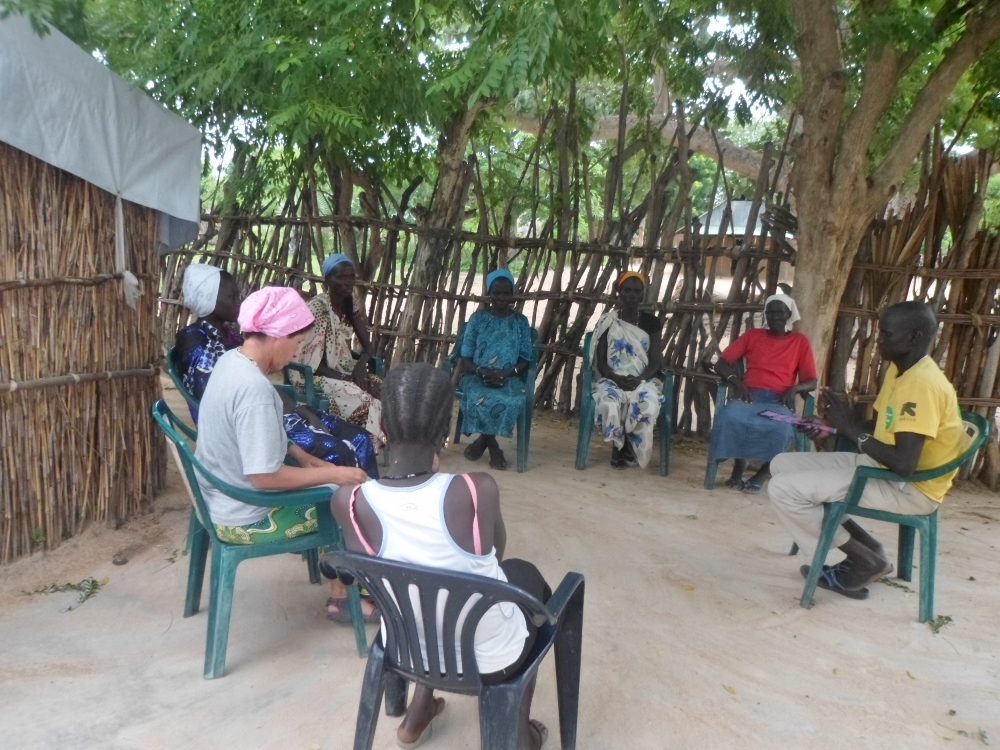 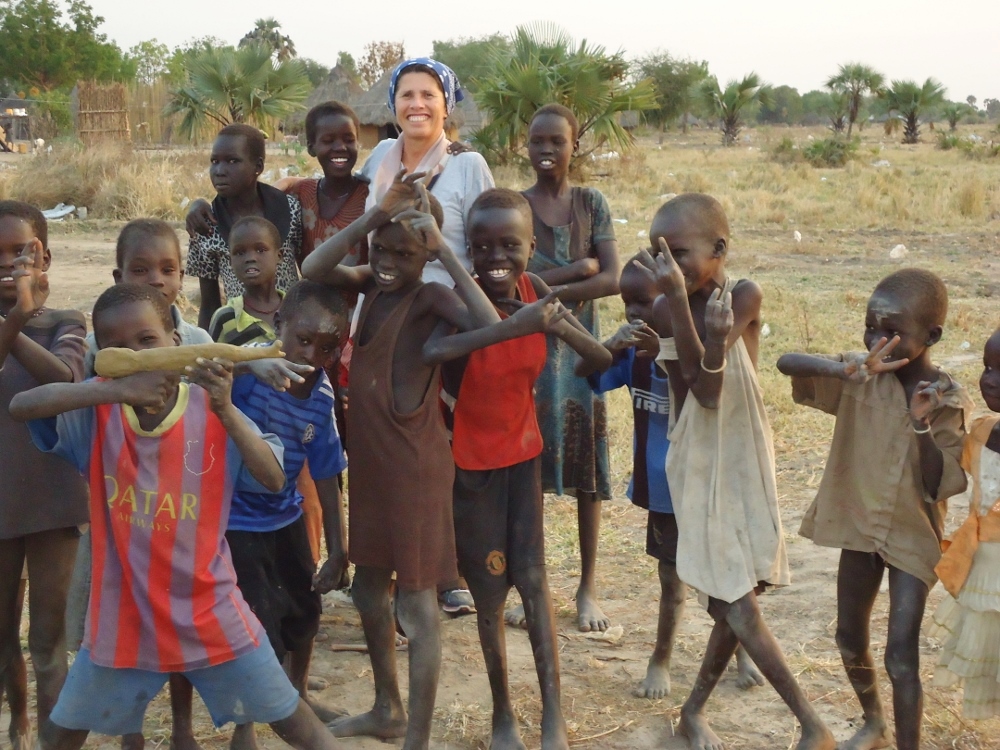