Tarabeh grew up in Damascus, Syria, and her family still lives there despite the ongoing civil war that started in 2011. The conflict has killed hundreds of thousands of people and forced millions to flee to safety in other nations.

Tarabeh's sister, Kinda, is also a Good Shepherd sister who serves refugees in a camp near Homs. Tarabeh, meanwhile, serves in Rome as the communications coordinator for the Our Lady of Charity of the Good Shepherd congregation. Previously, she worked in Lebanon and Syria, using her master's degree in graphic design.

A year ago, she talked with Global Sisters Report about trying to work in Rome knowing the danger her family faces in Damascus. Recently, she spoke to GSR again, this time about her summer visit home and what she saw there.

GSR: Your family in Damascus is safe, and you got to spend time with them. What was it like in Damascus?

Tarabeh: In Damascus, the situation was bad. There were too many bombs. But my sister has a house in the mountains, so I stayed there a while and then joined the community in Homs to help them.

They needed help because so many families have moved from their area into Homs, even though there is all this damage.

We've been told that Homs had been devastated by bombing and seen photos of a city destroyed by the war. You're saying people are moving there?

Yes, people are going there because the areas where they live are even worse. Our center in Homs is working with the people who have moved there to give them education and psychological help. They teach them how to process the trauma, and they have special programs for children and youth.

The photos [that she shared with GSR and here] were taken around the convent. All those areas were bombed and destroyed, but the building of the convent and the church is untouched. You cannot believe it — it's like the hands of God were covering it.

I served in Homs for seven months in 2006 and 2007, and those areas in the photographs were the richest, most beautiful places in Homs. Each building had five floors and balconies. Trees lined the streets, and there were flowers. It was a place you liked to go visit.

When I saw this area where I spent a really beautiful time with the people there, when you see this empty, all this damage, my heart is broken. I stayed one day, and I could not speak when I returned to the convent.

And then to think about those people coming to Homs from places that are worse, like Aleppo, where you can't see two stones stacked together because it's all flat now. It's hard to find the words.

I tried to talk about this, but it's very painful when I remember all those people and their faces, and now they are not here. All the beautiful images all coming back at once. I cannot believe it happened.

How do you deal with that? How do you continue working?

I took photos in Homs, but I can never take photos in Damascus, because Damascus is where I lived. I don't like to see them at all. It's not easy to see the place you grew up, and now, it's destroyed.

Some areas are better than others. My family's home is untouched, thank God, but all around them is damage. What happened to my family is nothing when you see the other areas.

But the people have a good spirit. I think as a way of surviving, they share a lot of humor and jokes. I really admire them. They do everything they can to let it pass and begin a new life.

How do the sisters continue working? How do they keep their spirits up amid all the misery?

I asked them, "How can you continue? Nobody can just serve and give all the time." One said, "Monique, when I saw I could do something for people, I forget myself."

We also have Good Shepherd sisters in Lebanon, and they can go there for a few days and rest with them.

But you are never safe. It's just, every time when they go out, they don't know if they'll be back or not. They live day by day and trust that God will protect them. 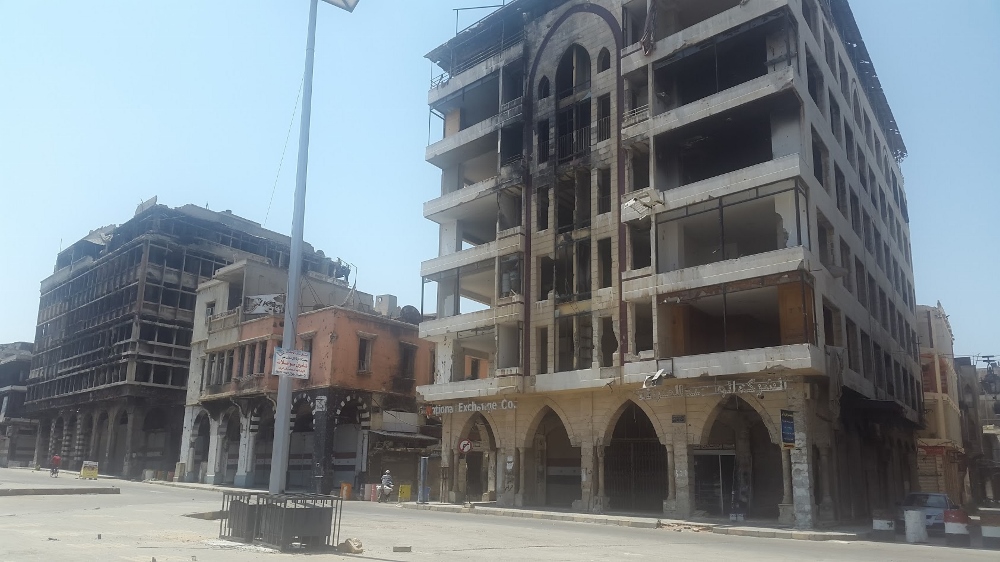 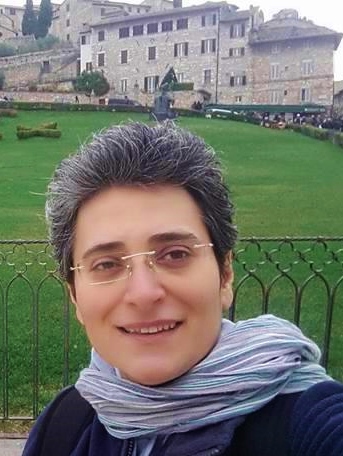 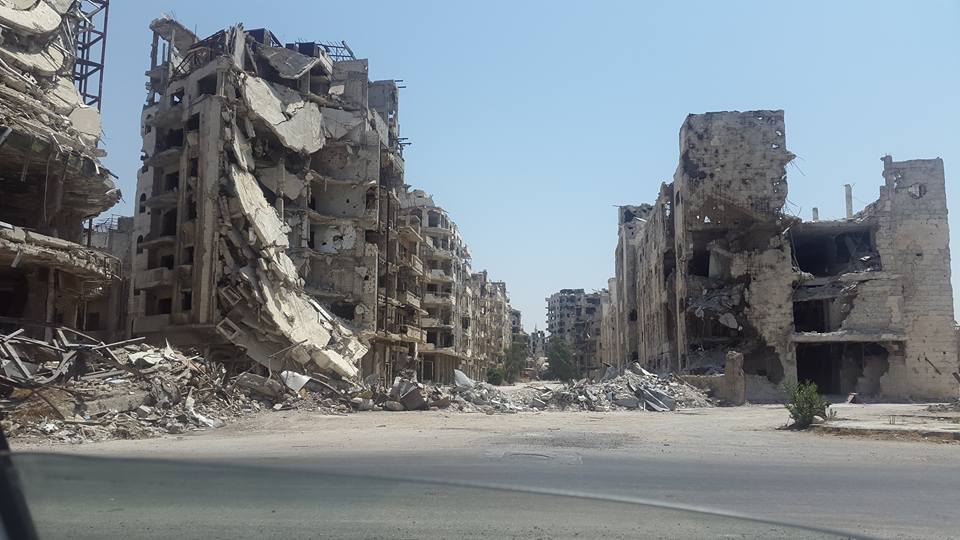 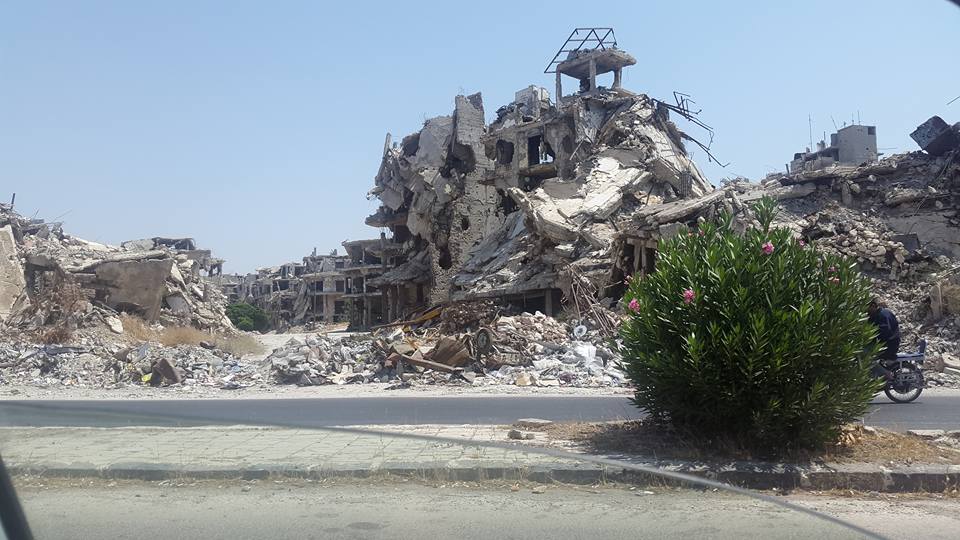 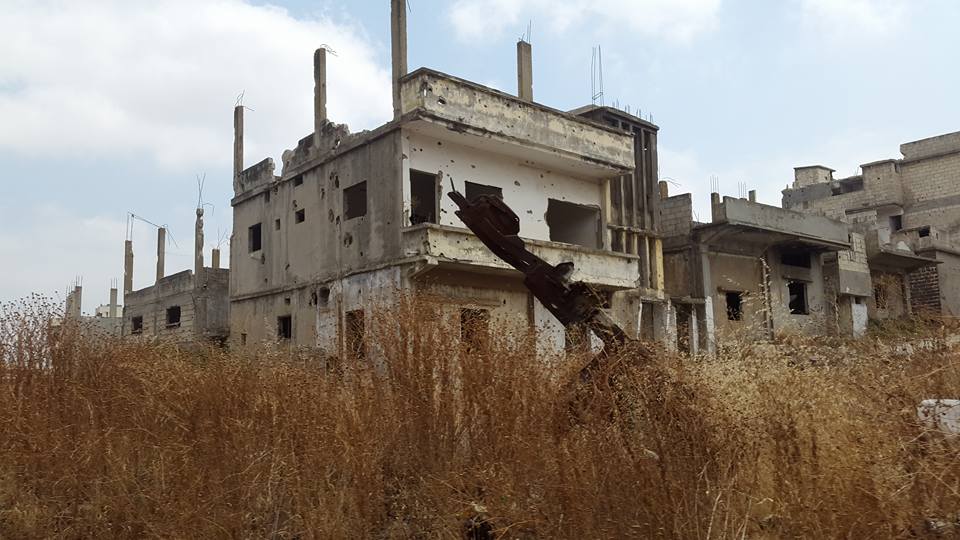