The parishioners in the church wanted a marble altar. The church was squeezed in the dark, cramped slums of Lagos, Nigeria, a wooden barn that was barely finished with rough-hewn furniture. The priests wanted to build a social hall, so they could hold classes or training sessions for income-generating activities. But the parishioners were adamant: They wanted a marble altar.

Many aid workers and international development experts might shake their heads at the request. A marble altar? In a slum? When the parishioners could benefit so much from a social hall and the educational opportunities held there?

The term "social ministry" is an academic concept for a community development methodology, which holds that listening to the communities is the only way to carry out effective change. Religious and community leaders have been practicing various forms of social ministry in their pastoral work for centuries, but teaching this approach in an academic setting is a recent development. The approach holds that when a community is so adamant about something, like a marble altar, there’s a reason. There’s a reason even if they are not able to articulate why this particular need is so pressing, or even when it seems like they could be better served another way.

Prof. Patricia Lanigan, a Medical Missionaries of Mary Sister originally from Dublin, Ireland, has been in Africa for 38 years. She worked for two decades in Nigeria, and has been in Kenya since 1998. The 63-year-old sister now teaches at the Institute of Social Ministry in Mission at Tangaza College in Nairobi. Fr. Francesco Pierli, a Comboni Missionary from Italy, founded the social ministry program at Tangaza College in 1994. Tangaza University College is part of the Catholic University of Eastern Africa, which hosts both laypeople and men and women religious as students.

Global Sisters Report spoke with Lanigan between the classes she teaches to understand more about the importance of listening.

GSR: What is a degree in social ministry?

Lanigan: We aim to train people in faith-based community development and project management. We do a lot about participatory work with communities, leadership training, advocacy work for justice, and conflict resolution. Our graduates mostly work in voluntary agencies, NGOs, and church-based organizations with poor communities. There's a few [graduates] in government, but our training and the government approaches don't exactly match.

Why is having a faith-based approach beneficial for community development work?

Part of being human is the spiritual dimension, the transcendent dimension in our lives. It is, after all, what gives meaning to people. But we very deliberately call our model 'faith-based' rather than Catholic or Christian, even though obviously we're a Catholic institution and our focus is from the Christian perspective.

We consider everybody's faith important. Faith really enables groups to work together, trust another, forgive another's problems and reconcile. If you want groups to continue working together for long periods, like 20, 30 or even 40 years, you need that trust-building. Otherwise groups fall to pieces, they start arguing over money or projects or priorities, and the groups collapse.

You mentioned that the term 'social ministry' is new for Kenya. How are you adapting the term for your work in East Africa, compared with other parts of the world?

In the States, there is a whole tradition of the social ministry, or what used to be called the 'social gospel.' The concept of social welfare and social development is certainly here. There is a verbal acknowledgement about social advocacy for justice, but practicing it is another matter. Part of that is because, on a whole, parts of Africa have been very repressive. It's not so long since the Daniel arap Moi government [Moi was president of Kenya from 1978 to 2002] had extremely strict rules for TV and media. People are afraid to speak up.

When people live in very precarious situations, even if they don't have the police arresting them for no good reason, well, the next thing is their landlord may chuck them out and they won't be able to rent a room anywhere else. So people are careful about holding protests, and it's very difficult to get permission to hold any kind of legal protest here. One of the comments from the Waki Commission Report after 2007/8 post-election violence [when tribal-fueled rioting over fixed election results killed more than 1,000 people and internally displaced 50,000], is that the only protest people seem to know is violent protest. They haven't had the practice of non-violent protest.

Is a lot of social ministry about organizing protests?

The whole thing about social ministry is trying to change social structures and systems. But people get scared, and also part of it is not knowing how to do it. That is one of the reasons, when I'm teaching foundations of social ministry, that I concentrate for part of the course on social activists around the world, what they've done and how they did it. We study people like Gandhi or Martin Luther King, Jr., to learn how they did things.

Why is listening such an important part of social ministry?

We teach something called 'the four stages of the pastoral cycle.' It's about getting involved in a community, listening to what they bring up as their particular issues, and working with them on social cultural analysis. We use faith reflection and theological reflection as tools, which usually provides the motivation for people to say, let's stop saying the government should do something and do something ourselves, to take action.

It takes time. You have to get to know people; they have to get to know you. You have to do a lot of small group work, so the meetings don't get taken over by one or two vocal people. Sometimes you also need to separate women and men and youth, because otherwise women culturally may not feel they can speak up in front of the men. They certainly feel they can't disagree with a man.

How did this idea of listening to the community expressing their needs help you in the past?

People can't always say what really is driving them, which is something I really learned in Nigeria. I was working in one of the slum parishes in Lagos. Their system in the parish is to do a major fundraising once a year, the Harvest Thanksgiving, and then have a parish meeting to decide what to do with the money. The priests were thinking that we'd use it to try to build a hall for social activities, like catechist and training courses. But the parishioners said, 'We want a marble altar.'

The church we had was built like a barn, with just very basic wooden furniture. And they said, yes, here in the slums, we want a marble altar. The priests met with the community leaders and said go back and ask the members of your societies what they want — these are the two choices we have: a social hall or a marble altar. They all came back and said we want a marble altar. And the priest said OK, well, if that's what you want, yes. We checked further into the idea of the marble altar and understood what they really wanted was a properly built and decorated sanctuary, with a beautiful altar.

What we found was that once the church sanctuary was decorated, people came in all the time for prayer and meditation. You know, they live in these small, dark huts. When they come to the church, there's a bit of space. They said when they're here, they can 'cool their minds.' They couldn't explain this need beforehand, it's only what we saw happening afterwards. So that really was a conversion experience for me. People may not articulate clearly why they want something, but if they're very strong about it, they have a very good reason why they want it. You ignore that at your peril. Certainly, it really made a difference that people had that quiet space. 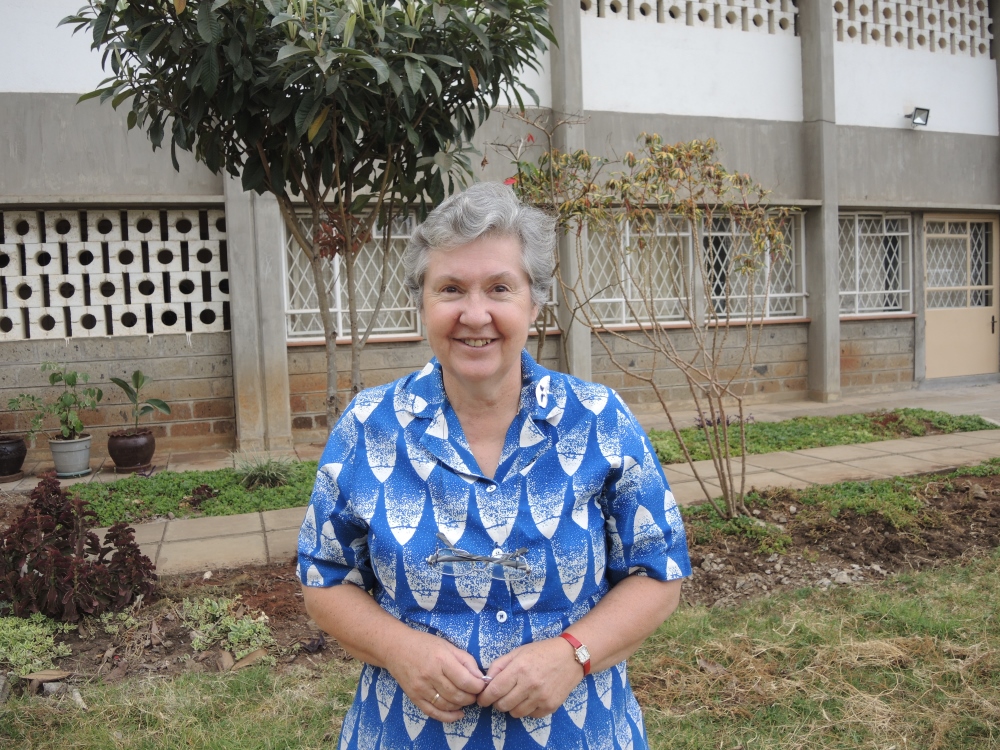 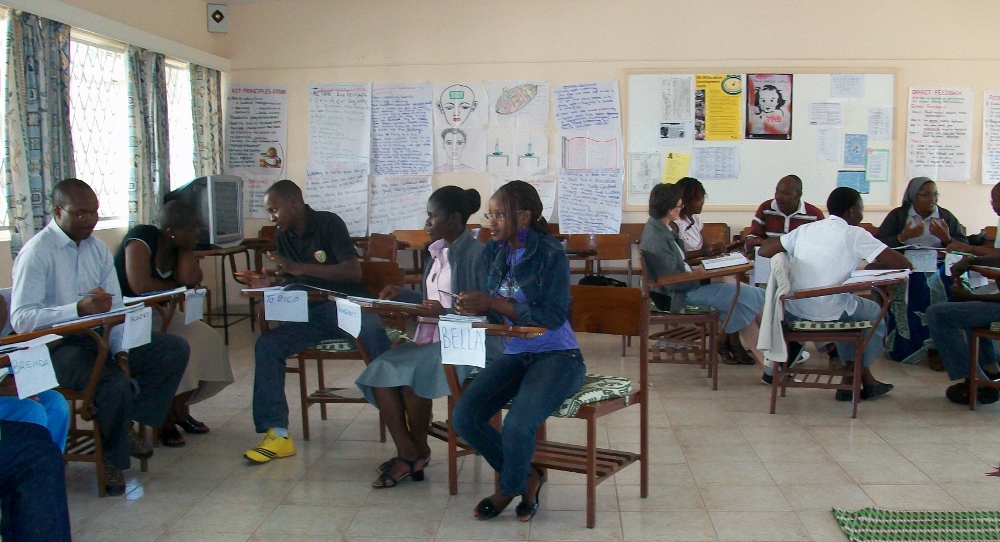 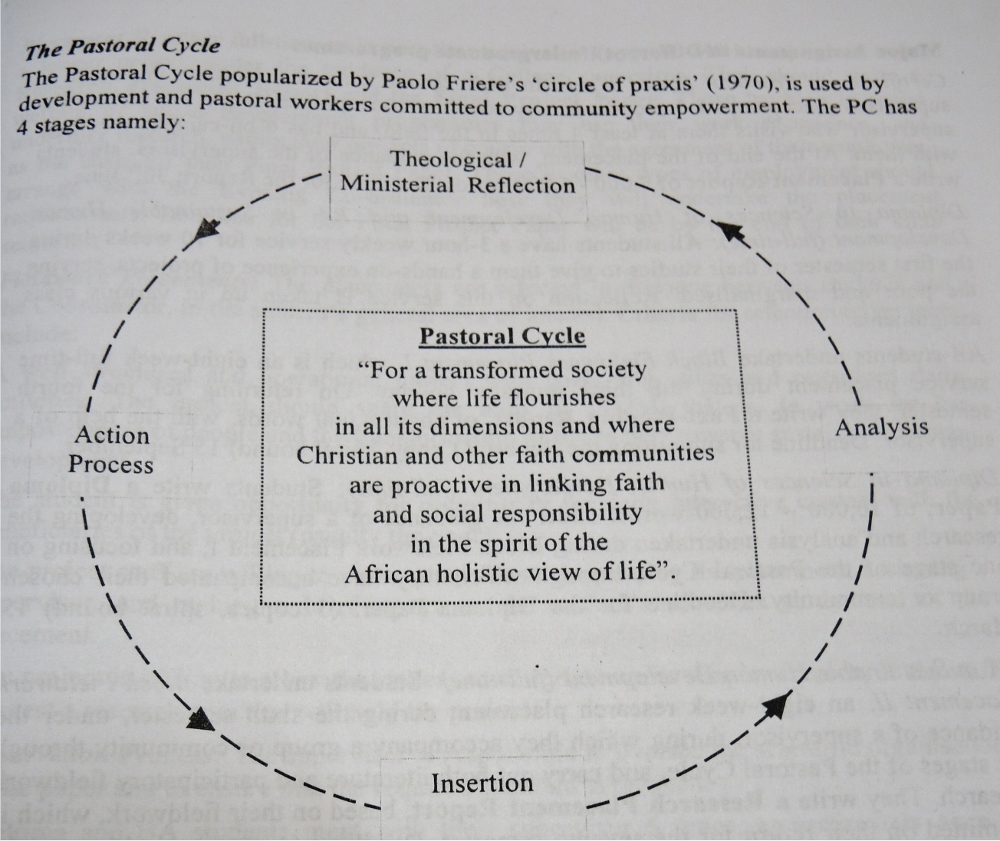 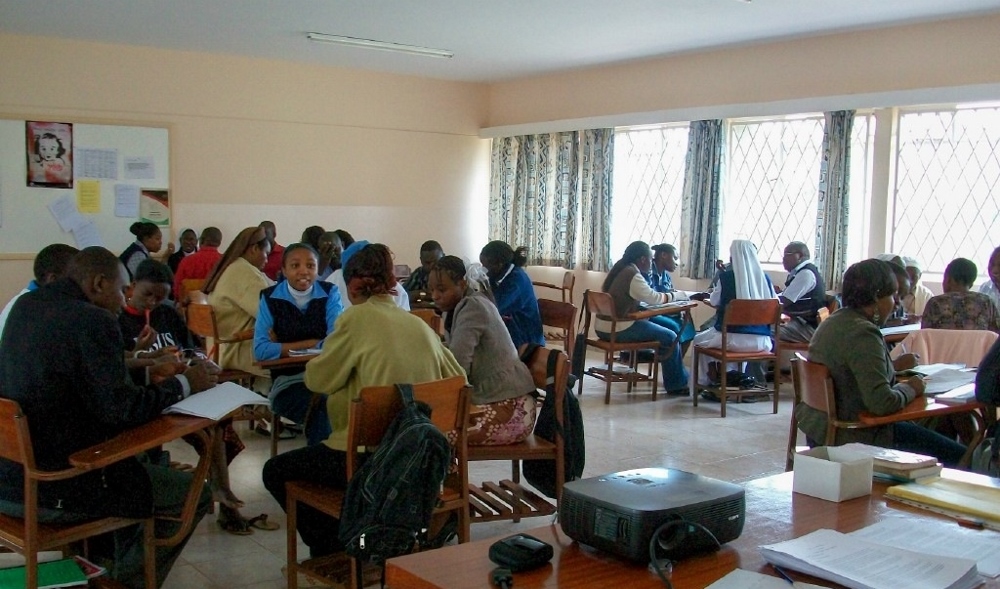