For many who grew up Catholic and left the church, the influence of the education they received in Catholic school stays with them for their entire lives — for better or worse.

One such alumna is Lexa Walsh. A San Francisco-based social practice artist and cultural worker, Walsh recently debuted a solo show of new sculptural work, which ran in May at the NIAD (Nurturing Independence Through Artistic Development) Art Center in Richmond, California. The subject: the women religious who taught her during her years of Catholic school growing up outside Philadelphia.

Walsh's show, "Oh, Sister!", is a collection of sculptural vessel-portraits (statues that are also functional jars) of the sisters she remembers, who she says both "taught and tormented" her.

"Oh, Sister!" is a notable moment in Walsh's career because her previous work has mainly focused on social practice, on event-based projects, meaning she is more frequently creating experiences than objects. Her artist statement reads: "I work as anthropologist, archivist, curator, facilitator and experience-maker. I examine and create social ties in order to craft Hospitable Democracies within cultural institutions both real and imagined. Hospitable Democracy is a platform for interaction and conversation across hierarchies, representing multiple voices. Meals, tours, songs and play become experiential artworks within these spaces for conversation, storytelling, gathering and collecting."

Walsh has been doing this kind of event-based art for the past 10 years.

Global Sisters Report recently talked to Walsh to discuss her art, her experiences growing up Catholic, and how she put it all together for her new show.

GSR: How did you land on women religious as the subject for your first object-based art show in over a decade?

Walsh: I've been doing basically social practice-ish work for the last 10 to 15 years. Even though I'm very committed to that work, I sometimes feel like an event planner. My undergraduate degree is in ceramics, so I decided to start messing around with ceramics again after all these years. After starting again, my body and soul were like, "Where have you been?" It felt so good.

Out of that need to be making, I created a brainstorm list through asking myself the question: "What imagery can I own?" I came up with a list of images and historical forms and materials, things I felt like I could authentically play around with. Nuns came almost immediately. I went to Catholic school as a child, so I started making these [sculptures of the nuns I remembered]. Then it just started this chain of memory.

I wound up making 15 or 20. They're about 6 inches high. For the show, I arranged them in a group; they're all convening together. Some of them are off to the side, whispering or confronting. There's something really powerful about a bunch of females together.

It was incredibly fun and joyful to make them. And nostalgic.

Let's talk about the nostalgia aspect. Tell me about some of the women religious you portrayed in "Oh, Sister!"

I have deep memories of many of these nuns. My first crush on a woman was a woman training to be a nun. She was really nice and really pretty.

The one that has stuck with me the most is Sister Patricia, who was my English teacher. She had a wart on her tongue and would go off on these tangents. Her teaching method was about repetition. "Not only, but also. Either or, neither nor. Chickens lay eggs." My grammar is quite good because of her. I correct people all the time. Everybody who had her remembers her weird, robotic repetition. There's a Facebook group for alumni, and there's this thread where people just post all the things she used to say.

The principal of that school was Sister Regina. She was really fair and calm. This one time I got caught smoking in the country club parking lot across the street and was called into the office. I was with a group of people, but I was the only one who admitted it. Because I took one for the team, none of our parents got called. There was an honor-code system at that school. They really wanted to instill values. "If you tell the truth, it's gonna be OK."

That's nice of her. I'm curious what other values you picked up from Catholic school, especially because you are not Catholic anymore. Do you still maintain any of the values you got from the sisters?

Since my childhood, I've never been religious, but I appreciate what it does for people. One thing that stuck was the shared sense of community in Catholic school — not taking yourself too seriously or preciously. That's true in big families, too.

I lived in an anarchist collective in the Czech Republic for eight years before I went to grad school. I can look back now and see how it relates. At the time, I thought, "I'm just living my politics." But actually, I started living communally when I was born by being in a big Catholic family. I'm the youngest of 15. We worked collaboratively together as a family.

I also think that the ethics of social practice are very similar to Catholic ethics, the idea of service. Service was always part of our teaching and upbringing.

In your exploration of working on these portraits of sisters, did anything else from your Catholic upbringing come out?

What's really exciting is it got me remembering the aesthetic of Catholic school. I made an installation with a plaid blue and green that's reminiscent of my uniform. I'm really aesthetically interested in the plaid.

You said the plaid on the kilt reminded you of being unable to express yourself. What was hard about Catholic school for you?

Even when I was a little kid, I would go to confession and be like, "I have a perfectly good relationship with God. Why do I need to talk to you, dude?" I remember being 6 and being like, "Why aren't there any girls up there?"

Another funny recollection is the sex education by the nuns. They told us if you French kiss, you could get pregnant. I mean, I think what they meant was like, one thing will lead to another, but still. It's a problem that these things are not taught. I think about the failure of the Catholic Church with all the [clergy sexual abuse] scandals.

Aside from the colors of the kilt haunting you, has your Catholic upbringing influenced your art in particular?

I learned through my adult life about the histories of Sr. Corita Kent and others, more radical Catholic figures. I learned about Sister Corita in grad school, and I can't believe I never knew about her before. First of all, she's just a great artist. I never knew about an American nun being an activist — that's probably naive of me, but nonetheless. The way she used her art to inspire other people and her students to be activists is inspiring. And then to see her make the choice of leaving, which I'm sure was incredibly difficult. It's a brave thing to do.

I really would like to collaborate on a project with nuns now, particularly activist nuns. I think we could have a really interesting conversation. 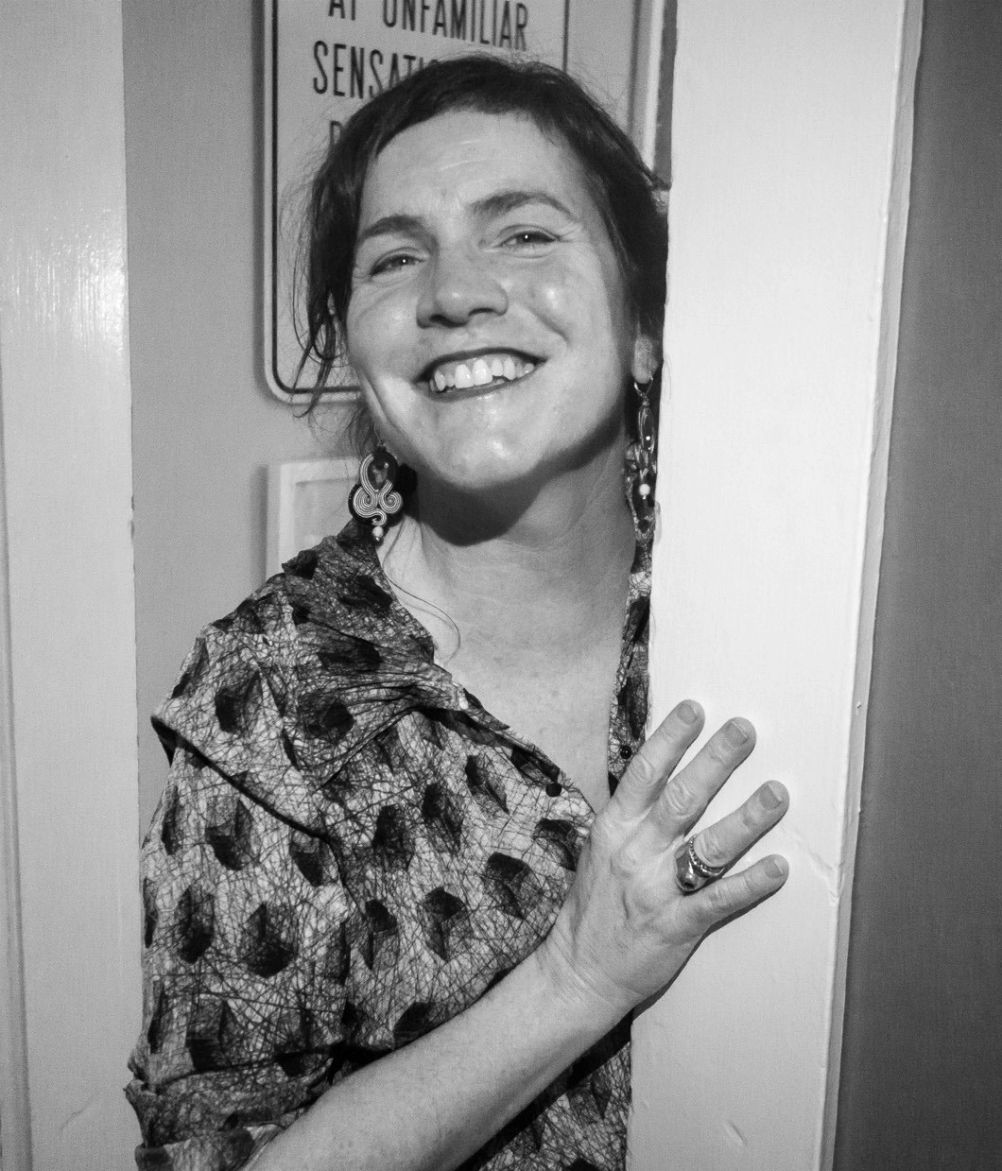 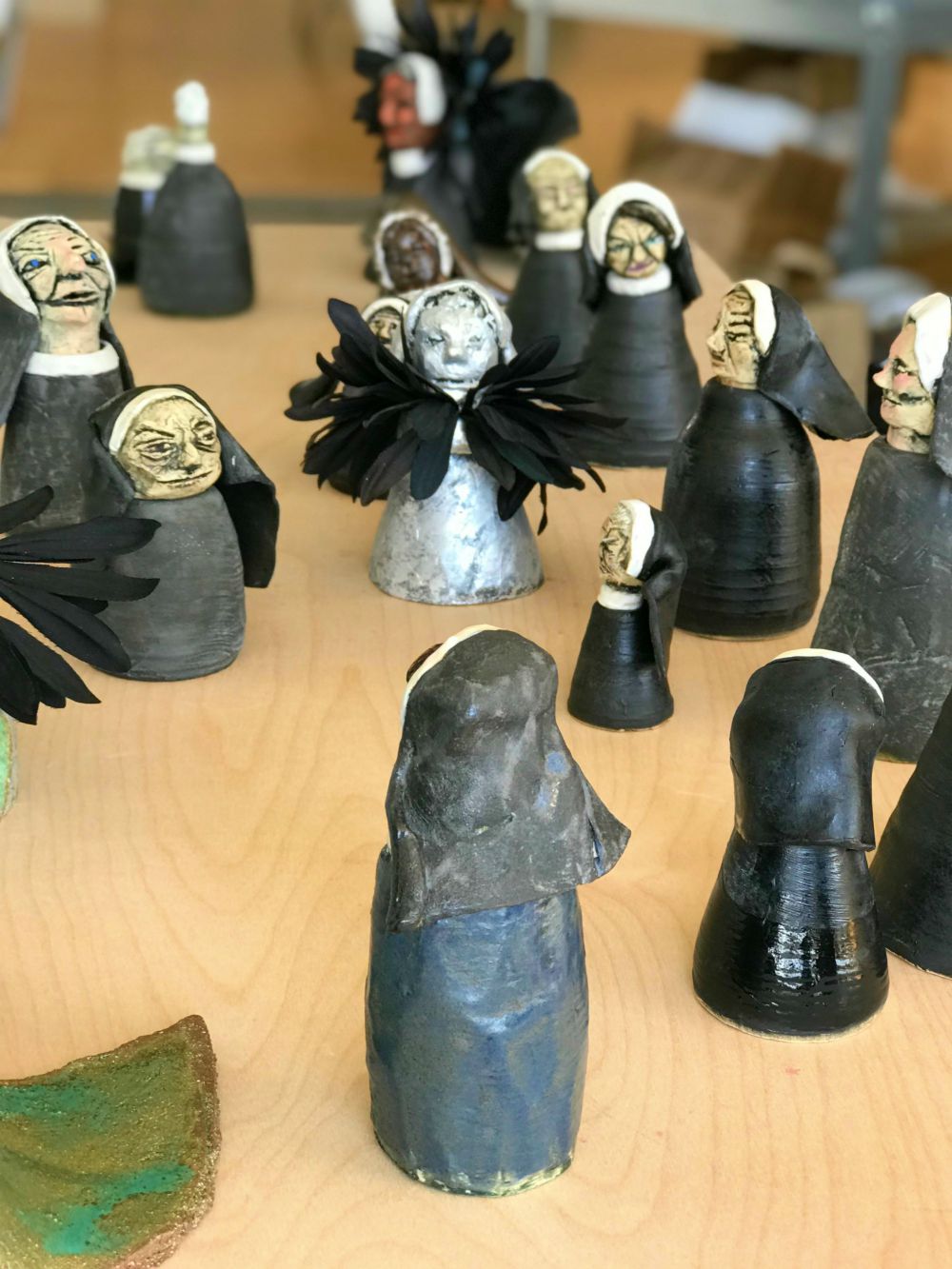 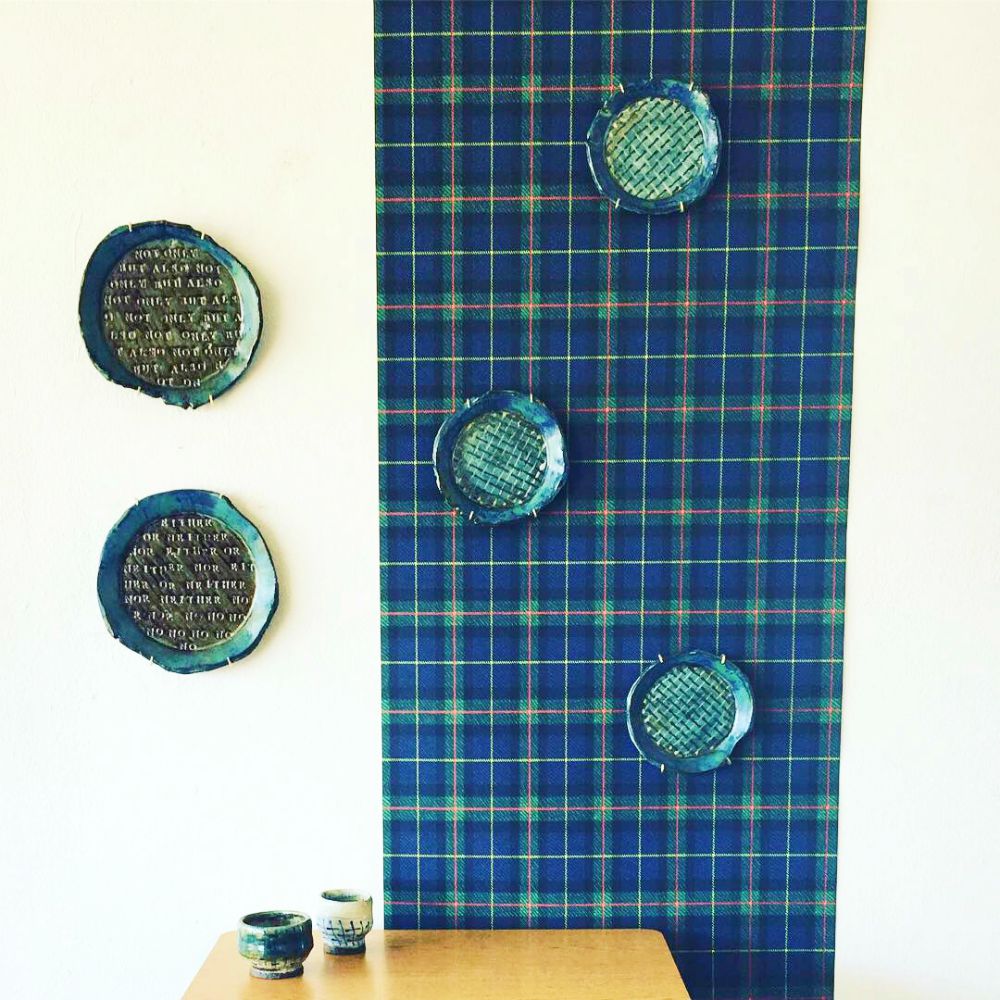