After decades doing peace work, seeking truth and reconciliation for Canada's indigenous people, and in short-term healing work with communities in Rwanda and the Democratic Republic of Congo, she said her goal is to love in a selfless way. She works toward becoming aware of the power to heal so she and others can embrace the interconnectedness of all creation.

Originally from Montreal, Francoeur moved to Toronto to enter the Sisters of Service, which was founded in Ontario.

She trained as a psychologist, and her first religious life work was at a healing center for religious just north of Toronto for five years. Francoeur then channeled her childhood fascination with indigenous people and expanded her mental-health background to Northern Ontario's Thunder Bay, working with the Ojibway people. After four years there, she moved east to James Bay to become the clinical director of a new mental health program working mostly with the Cree First Nations people.

"That gave me more experience, both of their life, their values, their suffering ... the traumas," Francoeur said, "and also an awareness of how the spirituality was so much a part of their lives. That anytime you gathered, any meetings, always would begin with a prayer. That's the way it all flowed."

After going home to Montreal to help her aging parents, Francoeur has now returned to Toronto and is in transition. She said she wants to keep her connection with Canada's indigenous people alive, so she has connected with Kairos Canada's Blanket Exercise, a program she describes as giving people "a visceral experience of what the indigenous people have left and all the trauma."

She continues to coordinate and participate in group sessions of reflection, most recently with a group of sisters reflecting on Pope Francis' encyclical "Laudato Si', On Care for Our Common Home."

Francoeur: I certainly felt very comfortable with it because it was a very Earth-centered spirituality. While I was in Thunder Bay, I had the great privilege of living with a Catholic sister who's also Ojibway, and she has gone on throughout her life bringing together the native spirituality and the Catholic faith. So I was right there, and I was able to attend the various seminars that she would have, so I learned a great deal.

It would be mostly for those indigenous people who were Christian, to see how they didn't have to completely give up their own spirituality, but that the two could be woven together.

Tell us about your time in Africa.

I was living at a house in Ottawa [Ontario], a mixture of laypersons and religious, and this African sister just came into our lives. She was from Rwanda. She lived with us for a year, and I became really close to her.

It was during that year, one time at Mass, I just heard this voice within me: "Go to Africa!"

I came home and told her that experience, and she immediately said, "Welcome!"

It took a little while. She went back to Rwanda, and as she knew I was serious about going, she made connections for what I could be doing if I could go. I eventually went to Rwanda, and because of commitments within my community, I was only able to be there two and a half months.

That was in 2001, so it was seven years after the genocide. I could still see so much of the damage, both the physical damage to the buildings and the land, but also to human hearts and spirits and bodies. I wasn't doing it full time, but I certainly then started getting involved in doing healing work with some people. It took me that much deeper into the reality and the impact of that kind of violence, that genocide.

The other African visit was in 2013, when I became aware that there was an ecumenical delegation going to the Congo. The various focuses of that delegation would have been violence against women and also the whole issue of resource extraction, particularly in mines. Canada is very implicated in mining throughout the world, so that was an incredible, eye-opening, heart-opening experience. Again, it still remains with me very much, and I keep thinking of the women we met and picturing them and praying for them and just feeling at one with them.

What have you been doing in your recent work?

Through the years, I was then living in Ottawa, and so through those years, I was with a group of people, just learning more and more about creation-centered spirituality, and I saw a connection between that and the peace work I was doing.

I really felt that if we really grew in a love for all of creation, seeing the divine in all of creation — and creation including human beings — then how could we ever do the violence that we do? It would really lead us to live in a deep, deep respect and reverence. So that has really become very much a central part of my life. I've gradually offered reflections or small retreats with that theme.

Then I was in Montreal taking care of my parents, who were aging and then died. The whole creation-centered spirituality and the story of the universe really helped me to appreciate the dying process, to see it in that context of this immense story and the continuous cycle of dying and rebirth. I've reflected on that.

I was invited a few times to talk about aging, but I see aging in the context of the whole universe story. While I was in Montreal, I created these ongoing sessions that I called "living contemplatively in the universe." I was constantly creating it week to week.

I was doing it in collaboration with an Ignatian spirituality center in Montreal. It was very helpful because they have a very broad connection to all kinds of people, and certainly people of different faiths. So it was a mixture of people. The people who came were people who are already very contemplative. But this dimension was new to them, so it was growing into that way of being with all of creation.

What do you want the next generation to know about this type of work?

I would just hope that the next generation would grow in a much deeper sense of connection and sense of relationship with all of creation — that, of course, includes humanity — and to really experience the radiance of the divine in it all, which would then shape all the choices they'd make and the ways they would relate. That's what I would really hope for.

If they become the leaders, then the way they would envision our relationships with other countries — there are elements of it that are already operating. That's a very hopeful part for me, that there are people all over the world who already have that kind of a vision, and they are already making a difference.

But the powers are still locked into this older mentality of domination, of hierarchy, so I would hope the next generation would have this very different vision of circularity and equality and reverence for one another and the wisdom and the beauty and the goodness that's all there if we just open ourselves to it.

What do you think are some of the biggest challenges you faced as an outsider working with indigenous or African communities?

I think it's growing in that respect for them and all the wisdom and the beauty that they have. It's still so easy to fall back into the fence of "I'm here to help" or "I know something more than you know," and to keep reminding myself that's just not true. Maybe there are some practical things that we can offer, but it's more the sharing and the sense of solidarity.

While living in Montreal, I had experiences of people who came from the Congo, for instance, and the work that they do — these are mostly women — the work they are doing, the courage, and the constant giving of themselves. I remember saying to one of these women, "What keeps you going? With all the obstacles and setbacks and slow pace of anything moving and changing, what keeps you going?"

And she would say, "Our faith and the love for the people, but also the sense of solidarity of so many around the world."

We can't underestimate the power of solidarity, of listening and trying to understand. When I was in the Congo, what they kept crying to us was, "Go home and tell your people, we feel like we're forgotten! It's like we don't even exist in your thoughts." How do we let people know that we do care about them, that we are in solidarity and that we're with them in their desires and life, for fullness of life and freedom and respect?

So what keeps you going?

Certainly my faith. The belief that in knowing that Jesus came, Jesus is still with us. Jesus is with those who are suffering and those who are working toward a greater equality and compassion and love. But also, to be with others who are in that journey and who do share this vision. I don't know that I'd be very good as a loner, but being part of a whole communion of people, that's very life-giving and energizing. 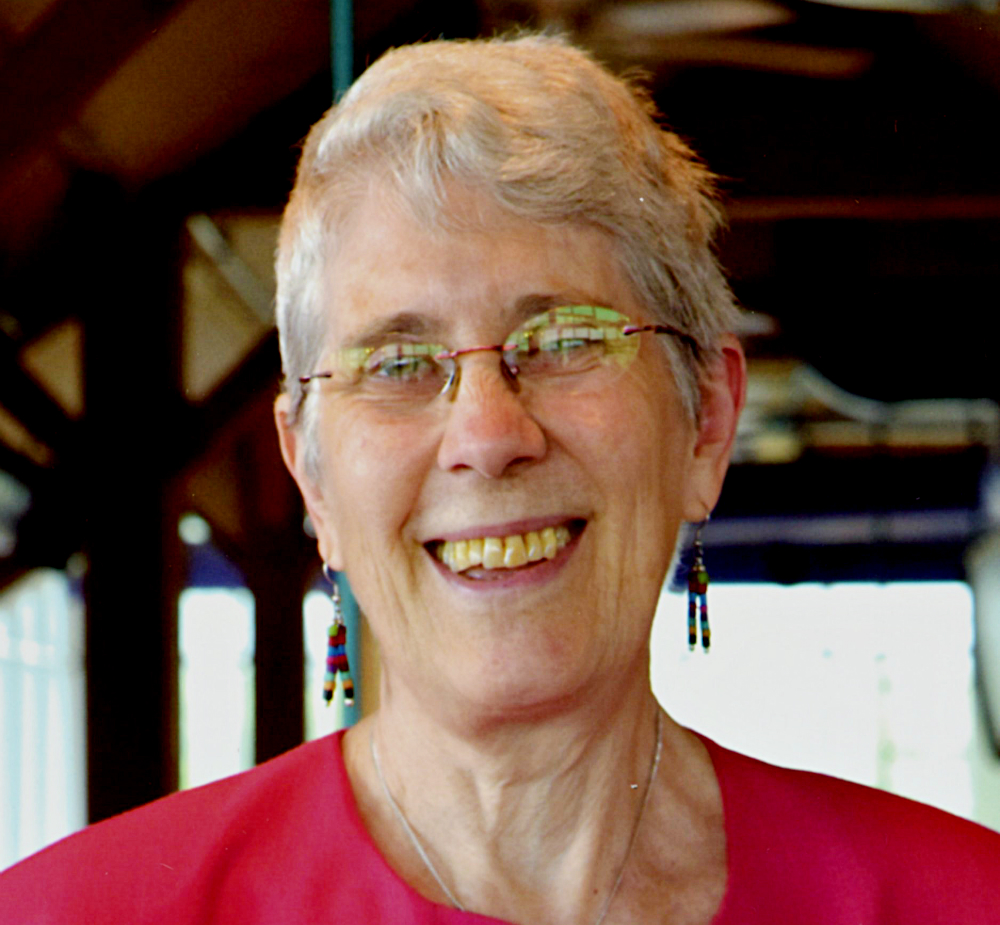