Q & A with Sr. Dianna Ortiz, advocate for victims of human trafficking 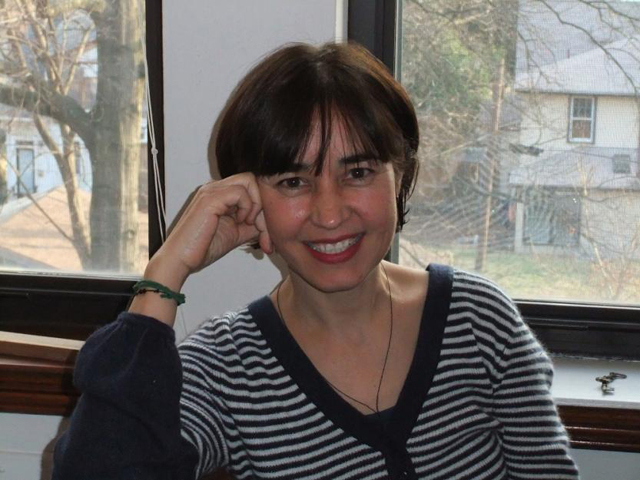 In 1989, while serving in Guatemala as a missionary in a Mayan community, Ursuline Sr. Dianna Ortiz was abducted and tortured by Guatemalan security forces. This trauma fueled her passion for human rights work.

Ortiz now serves as the editor of Education for Justice, a project of the Center of Concern. She also founded the international Torture Abolition and Survivors Support Coalition (TASSC International) and served as its director for 10 years. Ortiz has received many honors for her human rights work, including three honorary doctorates, the Pax Christi USA Teacher of Peace Award, and the Rothko Chapel Oscar Romero Award.

Ortiz shared with Global Sisters Report the story of her journey from survivor to visionary advocate and educator and talked about the spirituality that supports her in her work. Like many sisters, Ortiz works to raise awareness to end human trafficking. She helped produce the short video "I Am Miriam," which tells the story of a trafficking survivor.

GSR: What are the spiritual practices that nourish you in the 'long-haul' work of social justice ministry?

Ortiz: Years back, I was asked to give a presentation on the relationship between my own spirituality and justice. This was one of the most agonizing reflections that I had ever been asked to give. How could a person who was present at the eclipse of God and felt divorced from humanity claim to have a spiritual life? My experience of torture left me feeling lifeless and with a lack of purpose. I came to recognize that my spirituality at that given moment was surviving — stitching back together my shredded trust in God, my hope in humanity, and my dignity as a woman.

Our world is faced with so many problems [including] poverty, corruption, extreme forms of violence [and] ecological peril. Being an advocate for change is not easy and can take a toll on a person's life. There were times I was passionate — some might say 'obsessed' — in my attempt to get people to recognize what was happening in our world with torture. My life goal was to create a world free of torture, to raise awareness of its impacts of individuals, families, societies and perpetrators.

But this single goal was not physically, emotionally, or spiritually healthy for me or for others. I had to make changes. This meant permitting myself to live a dignified and joy-filled life. This included admitting to myself that, whether I like it or not, I was a tiny fragment of the fabric of humanity, called by God to live a principled and fulfilled life.

There is a wonderful section in [Pope Francis'] 'Joy of the Gospel.' I paraphrase: When a person's life becomes caught up in own self-interest and concern, there is no longer room for others or the poor, and God's voice is no longer heard. The quiet joy of God's love is no longer felt, and the desire to do good fades. Pope Francis goes on to say that this is no way to live a dignified and fulfilled life.

This is a long answer. I'm getting to the answer to your question!

Thank you, yes, this is all important context of your story.

When one recognizes that she is part of the human family, she has been charged to connect with the hurting world and to replace injustice with justice. When a homeless person is being ridiculed for the fact that he appears disheveled, or when racist jokes are made against Native Americans or other ethnic groups, one needs to have the courage to speak up and speak out. One must make a choice to be a bystander and join the culture of indifference or to stand in solidarity with the vulnerable. One must draw from the well of the soul to have the courage to act. Witnessing injustice should call us to prayer, reflection and action. All three are interconnected.

Today, my spirituality is an attempt to live a Gospel-centered life that is formed, inspired and transformed and guides me in my ministry. Prayer centers my heart and ministry on what is most important.

I have misgivings that the problems of our world will ever be completely solved. The walls of our world are painted with evil, yet we mustn't negate the fact it is beautiful and filled with goodness and hope.

In my attempt to make my contribution to a just world, I rely on simple, everyday practices. I read Scripture in one hand and the newspaper in the other to respond to the signs of our times.

I'm an avid reader — part of my spiritual growth happens by learning from the written words of others.

And lately, I have been trying to incorporate laughter into my life. Laughter can promote overall health and wellness, fortify relationships, and nurture creativity and clarity of thought. 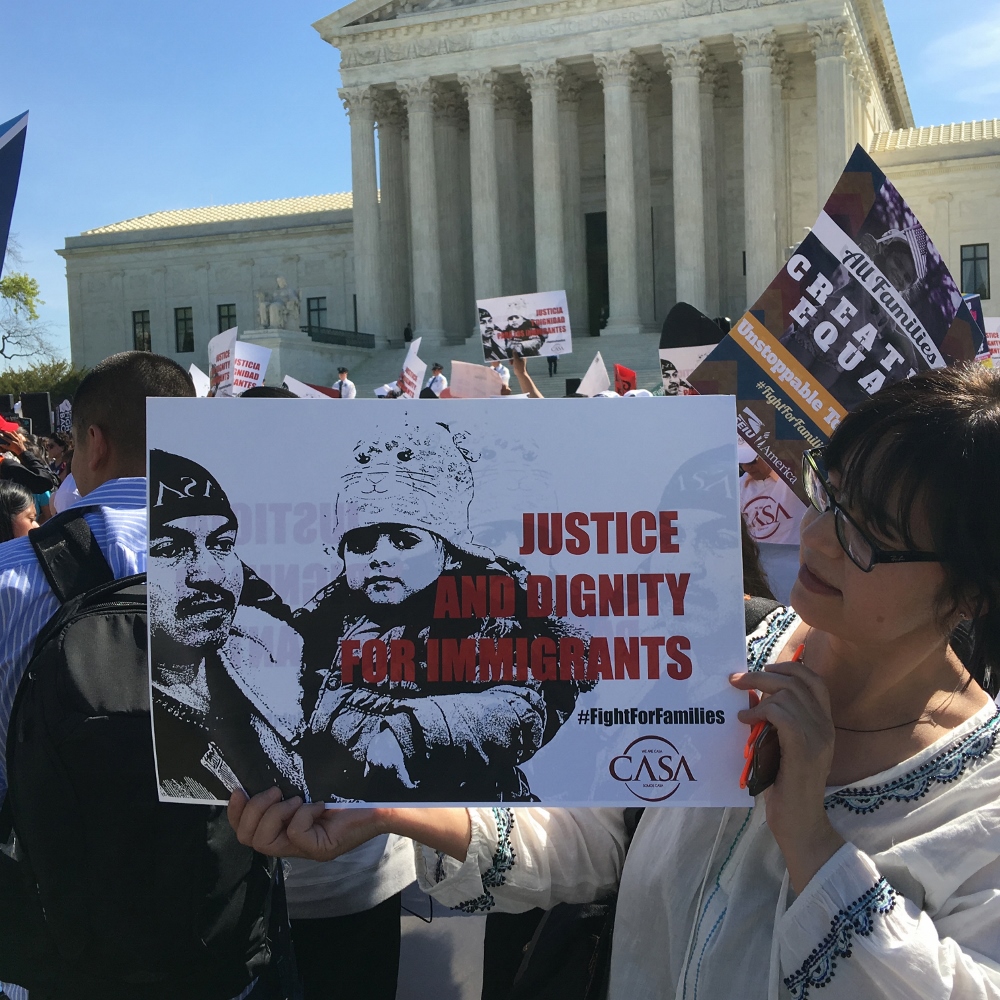 How does your justice work connect to the charism of the Ursuline Sisters?

Angela Merici, foundress of the Ursulines, was a daring woman. She was an Italian peasant woman who was born more than 500 years ago, who spent her life in prayer and service. We would call her a servant leader who washed the feet of society's rejects. I'm certain she accompanied and comforted girls and women who were victims of prostitution and human trafficking, although they didn't have that term.

Angela witnessed the oppression and inequality of women. She empathized with their pain; however, she did not view them as victims but as survivors, as thought-leaders, and as significant agents of change in a world longing for love, unity and harmony.

As daughters of Angela — that's the phrase my community uses — we carry out her mission and stand on the side of those who are treated unjustly. Certainly, anti-human-trafficking is a grave concern for my community, in collaboration with other religious congregations. The Ursulines educate about this crime against humanity.

As you wrote in The Blindfold's Eyes, you are a survivor of torture yourself. Can you describe your journey from survivor to advocate and educator and how you discerned your of call to this ministry out of your own trauma?

In 1998, a small group of survivors and nonsurvivors met to explore how to respond to the escalation of torture and the influx of torture survivors needing support. That was how TASSC International was conceived. We wanted to uphold human rights and human dignity through the abolition of torture.

I served as TASSC's executive director for 10 years — a strenuous 10 years! There, I learned that every person — even the most broken — can be a principled leader. Our work with faith-based organizations and government entities strengthened my skills in advocacy and grassroots organizing.

My experience of torture and years with TASSC prepared me for current ministry with Education For Justice. My work consists of creating educational resources that explore the root causes of torture and human trafficking as well as other forms of injustice, such as hunger and homelessness. We provide an array of resources rooted in Catholic social thought that promote justice through analysis, prayer and action. We attempt to illustrate how poverty, war, inequality, climate change, and unjust policies contribute to injustice. We also introduce creative voices — persons who work for Gospel change, who speak truth to power, and who keep the flame of hope burning.

You have spoken about the commitment women religious have to end modern-day slavery. What should we know about human trafficking?

I have had opportunity to walk with a number of women who have been both tortured and trafficked. They have been my teachers.

Here in Washington, I rely on public transportation. Every time I sit next to a person, I think, "What is this person's story? Is he or she a trafficked person?"

Most victims are trafficked close to home in their country of origin. Forced migration triggered by conflict in war zones, unstable governments, and exposure to climate-related events result in women and girls being trafficked and sold for sexual services, as well as forced labor.

Viewers of 'I Am Miriam' are asked to advocate for change. What changes do you want to see and how can individuals and groups take action?

First and foremost, if a person is being trafficked, he or she should muster the courage not to be a bystander. This person may need help in calling the international hotline of the National Human Trafficking Resource Center: 888-373-7888. Watch the video 'I Am Miriam' and share it with five other people to raise awareness about modern-day slavery. Concern leads to action. Action leads to change.

[Rhonda Miska is a freelance writer in Dubuque, Iowa, and teaches religious studies at Clarke University.]

Trafficking | Q & A with Sr. Dianna Ortiz, advocate for victims of human trafficking

Catholic sisters lead the way in the anti-trafficking movement

Q & A with Sr. Kate Kuenstler, advising the laity when their parishes face closure