Today, Feb. 8, is St. Bakhita Day, the International Day of Prayer and Awareness Against Human Trafficking, in honor of the Sudanese saint who was kidnapped and sold into slavery in Sudan and Italy before she secured her freedom and became a Canossian Sister.

Sr. Imelda Poole of the British Province of the Institute of the Blessed Virgin Mary is president of RENATE (Religious in Europe Networking Against Trafficking and Exploitation). On Sunday, Feb. 7, Poole, 69, attended a prayer service in St. Paul's Cathedral in the Albanian capital Tirana, where she has been based for the past 10 years establishing her Mary Ward Loreto Foundation, which works in the field of trafficking. She spoke to Global Sisters Report over Skype about her work.

GSR: What is the priority this year for those involved in anti-trafficking efforts?

Poole: We have to address the problem of demand and irregular laws on prostitution. Fifty percent of trafficked victims are in sex tourism or the sex labor industry. Eighty to 90 percent of prostitutes are not there by choice; they are there because of poverty or need. The trafficked victims are there by force. There needs to be an outcry from the church and from every single government in the world on this abuse of women, men and children. There should be much more law on the side of the victim, and there should be no criminalization of victims. That is very key.

Trafficking is getting totally out of control. We know, for instance, that Albanian girls are the highest number of victims being rescued in the U.K. Three years ago, that wasn't the case, but it is now, according to government statistics.

What challenges do patriarchy and failure to implement anti-trafficking laws pose?

Here in Albania, the problem for women is the culture of patriarchy. The Mary Ward Loreto women's project works on preventing trafficking. We have six centers in different parts of the country. The focus of this work is gender equality because we have to look at cultural change, systemic change — because what is written [the law] is perfect, but the culture means it is hardly ever implemented. We have started from grass roots in order to understand what the problems and the issues are.

We work with up to 1,000 women now. We have seven small businesses; economic independence is critical, and so there has been a huge stress on human empowerment and health care in order that the women can be economically viable and strong, as well as training them in leadership, human development, on domestic violence and coping with conflict resolution.

Every group of women is focused on a campaign to do with gender equality and human rights, and at the end of this year, they will have campaigned and lobbied for their human rights in their regions. They are also looking at why the law isn't implemented and why women are hardly represented in parliament or in leadership in Albania. Hopefully a network will grow from this which will look at implementing effective change.

The [Mary Ward Loreto] men's project is preparing questionnaires for research with up to 1,000 men. The problem is that probably 80 percent of the men are, in a way, disempowered. Because it is a patriarchy, the only way they can express what they know is their human right is by dominance, and in poverty, that dominance leads to violence. So the culture of violence is very strong. So the project is looking at empowerment and how they can have their own dignity and identity — their own walk towards dignity.

RENATE has highlighted the role the tourism industry can play in tackling trafficking. Will the European soccer finals be part of this year's awareness raising?

Of course — [just] as we campaigned during the Olympics in London. We always have on our agenda international campaigns, and usually we use Facebook and our website for lobbying and advocacy work when these events are on.

People in the tourism industry need training to do the rescue work because these victims are going through the ports and going on the airplanes and boats and into hotels. . . . We have cards on the A to Z of how to spot a victim. Training of hoteliers is another big area we would want to get into. Some of our RENATE colleagues are doing this. We are also working with police, too.

There isn't enough work being done to control the use of the Internet for crime. There has to be a much more proactive role for IT specialists to look at the manner in which the Internet is being terribly abused in this field of trafficking, both by the illegal labor agencies and the horrific pornography and the abuse of victims for selling the body of a girl or a boy, a woman or a man. Technology is changing every day — we are living in a high-tech world.

Trafficking has now superseded drugs and is on the way to superseding arms in the amount of money that is being gathered by this illegal trade. The problem is getting worse. I would like to see some of these philanthropic bodies put money into research on how to control the Internet and its role in trafficking.

In Albania, the Roma, a marginalized ethnic group who traditionally live an itinerant way of life, represent quite a high percentage of trafficked victims. What work is your Mary Ward Foundation doing to help address this?

The Roma have always been the most marginalized people in Eastern Europe. Roma do represent quite a high percentage of trafficking victims, and nearly always, there would be one or two trafficking victims in the shelter here. [The shelter and the Little Angels Project for Roma street children and their families is one of the partnerships Poole's Mary Ward Loreto Foundation is involved with working with the nongovernmental organization SHKEJ.]

Our work with that Roma project is fantastic. When we started in the camp, not one family member in three generations had had any education — none of them could read or write. Now we have 54 children coming regularly to the center, and they are all registered in school, bar a few who need more preparation. We have a men's, women's and youth groups if any of them want support either in health care, employment or literacy.

One of the major problems is the culture of early marriage. I was in a camp not long ago and a swarm of youngsters came with their babies — they were no more than 15. Terrible needs — they had no nappies. It was just shocking.

The local municipality center was 5 yards away. In that municipality center, there were 22 paid workers — social workers, doctors, nurses and physiotherapists — and they had no budget whatsoever, not one cent to spend on anything. They couldn't really serve the groups around the center because they had no budget, so they stayed in their center and just listened to the problems of those who came into them.

We went to see the deputy mayor of Tirana about many issues including this situation, and she said this was a problem with many of the municipality centers — there is no budget. The big question is, 'Where is the funding going? Why are they paying 22 workers without a budget? Why not employ three and give them a budget to do effective work?'

[Sarah Mac Donald is a freelance journalist based in Dublin, Ireland.] 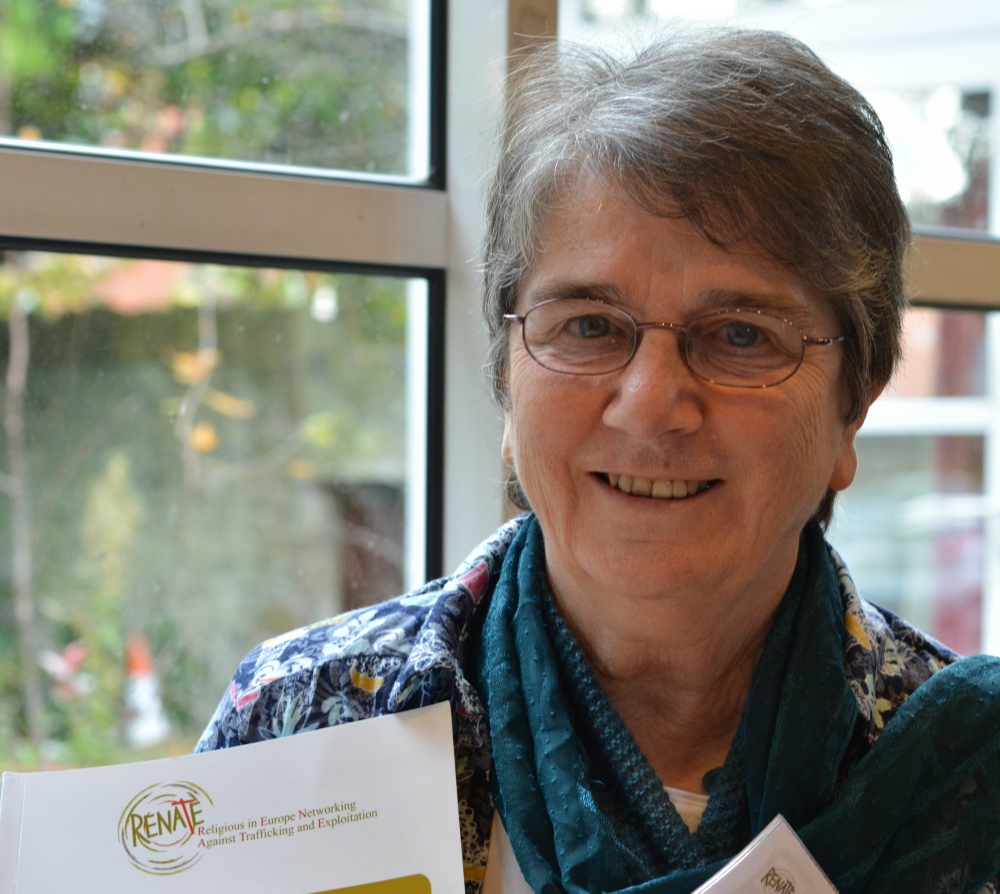