In 2003, Dinknesh Amanuel was a strange sight at the Capuchin Theological Seminary at the main cathedral in Addis Ababa, Ethiopia. In a sea of priests, she was the first female student at the seminary.

Amanuel is a member of the Maids of the Poor, a secular institute in Ethiopia. A secular institute is an organization of Catholic women who are not sisters but dedicate their lives to Christ and his mission wherever they find themselves, often in secular jobs. They go through multiyear formation and take vows of chastity, poverty and obedience. They may live in community and usually do not use the title of "Sister." Secular institutes are one of the forms of consecrated life recognized in church law.

Amanuel acted as a tour guide for Global Sisters Report during a recent trip all across Addis Ababa in April, introducing us to the intricacies of Ethiopian Orthodox Christianity, Ethiopian Catholic rites and their difference from Catholic Latin rites, and the traditions and culture of Ethiopia's rich history. Together, we also visited Lucy, the oldest discovered human remains, whose Ethiopian name is also Dinknesh, which means "You are amazing" in Amharic.

Between traffic jams as we crisscrossed the capital, Amanuel shared with us a bit about her work, her studies as the first woman in the seminary, and her hope for sister theologians around the world.

GSR: What is a secular institute, and who are the Maids of the Poor?

The challenge for us as members of a secular institute is that our form of life is not well understood. Sometimes even our own members need external signs of our commitment, like wearing a big cross or being called 'Sister,' and we have to remind ourselves not to do that.

Although some members of our community like to be called 'Sister,' I do not use the term. We are supposed to be a transforming presence. We're supposed to be like leaven or salt — to bring change without being seen, like you don't see salt in food, but it flavors it. We have an hour of personal prayer every day, and communal prayer as well, an hour in the morning and an hour in the evening.

What was it like to study at the seminary?

Since it was the first time in Ethiopia that a sister was studying theology, many were looking at me funny. They asked things like, 'What are you going to be?' because I'm not going to be ordained.

Before, they thought theology and philosophy were only for men who were going to become priests. But my superior saw that I am always interested in pastoral activities, and she recommended that I study theology. I was accepted and decided to go.

In the beginning, I was filled with fear. I thought that the boys would do much better than me. In reality, I saw that I actually did much better than they did! I was even helping seminarians to do their assignments and studies, not only for the sake of their studies, but for their future, because they have a lot of responsibilities waiting for them, so this formation is so important. I really got good results also. It is a six-year bachelor program, first three years of philosophy then three years of theology. I am so grateful that my superior gave me the opportunity to deepen my interest in spirituality through this degree.

What is your area of expertise?

I studied from 2003 to 2008 at the Capuchin seminary [in Addis Ababa], then I went to Italy for three years to do my master's in patrology or patristics [study of early church fathers and their writings of the church]. Now I teach patrology at the same seminary where I studied, in addition to my work as the executive secretary of CMRS.

I was appointed to a two-year term as the secretary of CMRS in 2013 and my term was renewed for an additional two years. After I finish, I hope to pursue a Ph.D. in patrology.

I chose patrology because in Ethiopia, there is more attention paid to traditions and the Bible, so studying patrology helps me understand more of Christianity, both Catholic and Orthodox Christianity.

There are many Christian rite teachings written in Ge'ez [the holy language of Ethiopia]. I want to translate these Ge'ez writings about patrology. I want to specialize in the belief of the Assumption of Our Lady, that Mary assumed to heaven [an event that is important in the Ethiopian calendar and is considered a major holiday]. The Ethiopian tradition is that Mary slept in January and was assumed in into heaven in August. This is the tradition across all Oriental Christianity.

There are five written texts about this from the five major communities of Orthodox Christians: Syrian, Egyptian, Ethiopian, Armenian, a Latin translation of Greek. The writings are from the fourth century, which is pre-Catholic church, but the Catholic church has included this as part of our theology. I want to work on the Ethiopian Christian writings to share with the young generations, to make them proud of Ethiopian spirituality throughout our history.

Have other sisters followed in your path into theology?

For the six years that I studied, there were no sisters that joined the seminary. Now there are many! I feel like they were waiting to see if I succeeded. Now the seminary offers a three-year diploma in theology, which is popular with sisters because many of them do not have time to do a six-year bachelor's program because of their social ministries like clinics and schools. So they agreed to let sisters do a three-year program, the three years of theology, for a religious studies diploma.

This was initiated by a group of people in the Conference of Major Religious Superiors who really want young religious sisters to get trained in theology. It started with two, then three, and now each year, there's about 10 sisters in each of the classes. The Consolata Sisters now use it as part of their formation.

Do you think there is a place for women religious in Ethiopia to learn more feminist theology as part of their studies?

Not right now, no. It's still new for us, in this country, to be studying theology with the men. In order to start learning feminist theology or to make feminist theology part of the course, we need to get more people trained in general theology. So this will take time in Ethiopia because women themselves feel like everything belongs to men. That can block them.

First, we need to have them know they can come out and do many things in the absence of a priest, everything except Mass. Let the sisters know they can preach, they can pray, they can guide communities. They can even help other sisters by explaining what the Gospel says and what the church says and how early communities prayed. I feel there will be a time to bring up this feminist aspect, but right now, too much of the culture is patriarchal with men dominating.

Why do you think it is important for women religious to learn theology?

It is important that our sisters be theologically confident. Even if they are working in active ministries like education or clinics, wherever they go, they will put the Gospel into practical use. But they first must understand the Gospel. Personally, [having a theological background] is a great help for me in my executive work.

Often, sisters are more active in clinics and education and social work, but not toward pastoral and theological issues. So we need to encourage sisters to give more attention and more training on theological aspects of formation and consecrated life. I think it is necessary to have sisters engaged in the parishes and dioceses around the world. Wherever fathers are, sisters can be as well. I often see that sisters are more dedicated than priests. They take their work seriously and they do many things, so we need to get sisters more training in theology.

[Melanie Lidman is Middle East and Africa correspondent for Global Sisters Report and based in Israel.] 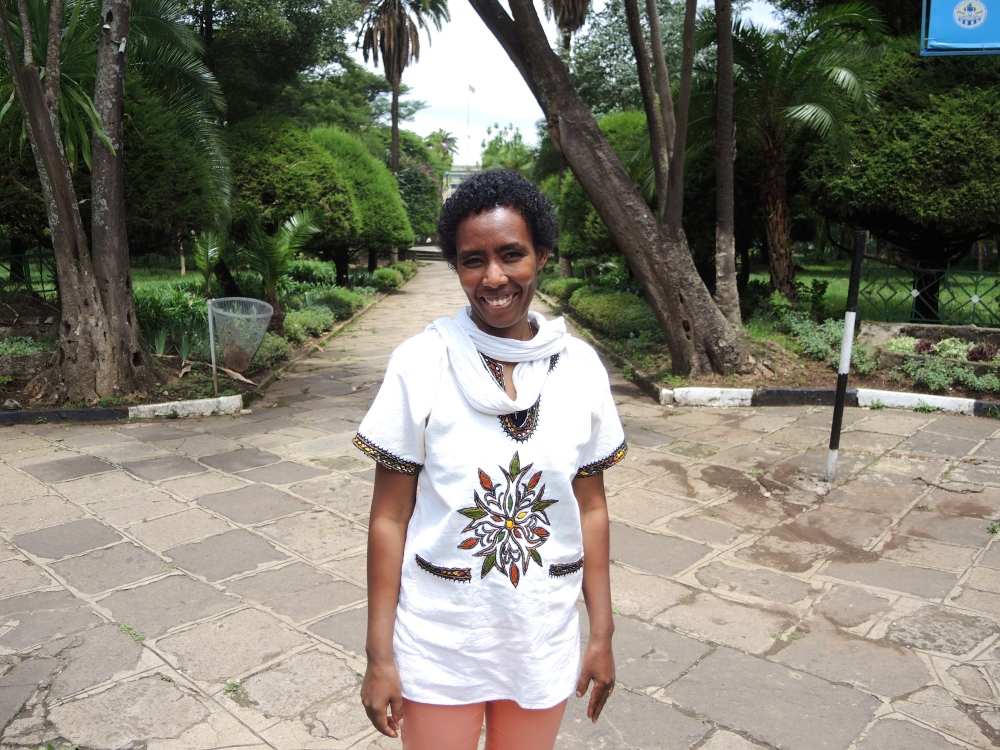 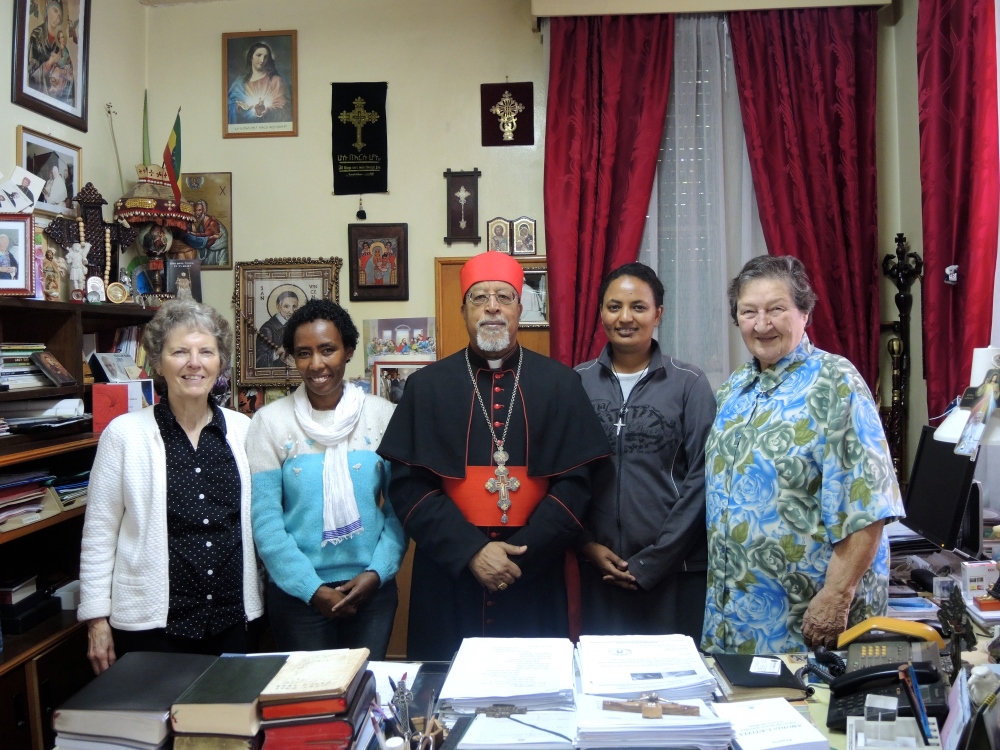 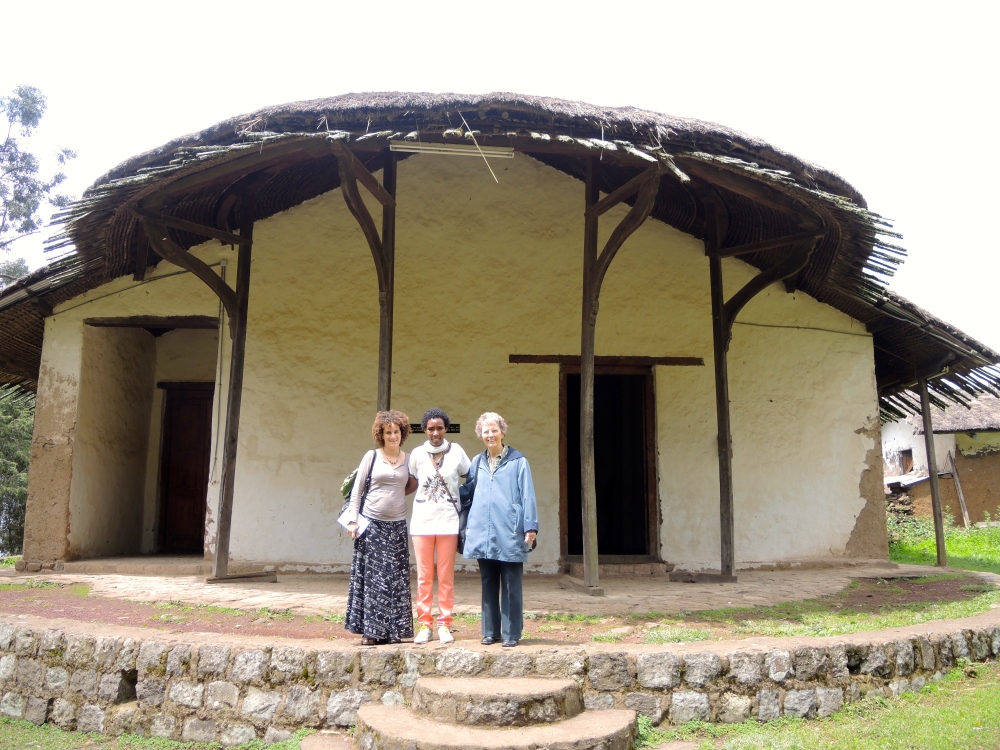