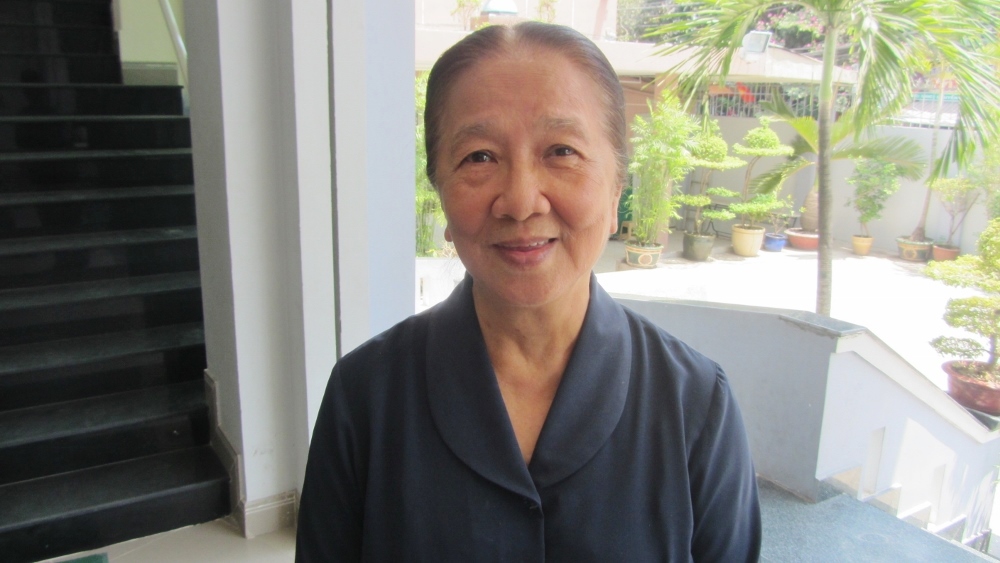 Ho Chi Minh City, Vietnam — Sr. Elizabeth Tran Thi Quynh Giao, former provincial superior of Franciscan Missionaries of Mary in Vietnam, has spent more than 15 years training and building the Apostolic Institute of the Annunciation. The institute aims to give chances to poor, uneducated women in northern Vietnam so they can  become nuns and serve other people. It was founded by the late Cardinal Archbishop Paul Joseph Pham Dinh Tung of Hanoi when Vietnam started to open its doors to the outside world and ease its religious policies.

Sr. Quynh Giao worked tirelessly to train the institute’s first members who became nuns, women who have personal qualities and real enthusiasm for bearing witness to the Good News in a fast-changing society.

Those women were older rustic people who had received a poor education and were left completely destitute for decades by the communist government’s restrictions on religion.

Giao talked with Global Sisters Report about the development of the Apostolic Institute of the Annunciation based in the capital of Hanoi.

GSR: How did you take overall responsibility to train the institute?

Sr. Giao: Bishop Paul Joseph Pham Dinh Tung of Bac Ninh diocese had a group of Catholic women who served food and accommodation to Catholics attending services and meetings at the bishop's house for years. After he was named archbishop of the nearby Hanoi archdiocese in 1994, many of the women including those who were from a local institute followed him to Hanoi. They lived in groups and managed to meet him at the archbishop house. He wanted them to form the Apostolic Institute of the Annunciation and was looking to train them.

At that time I was pursuing some studies in England. Since he could not contact me, he wrote to my general superior in Rome and asked to have me to train his new institute.

After I returned to Vietnam, I was the first superior from South Vietnam to work in Hanoi. I found that under northern communist rule, local clergy had few relationships with the outside churches and had a closed and conservative mind.

Lay people generally had limited access to schools, faith education and human values. So I thought it would not be easy to educate such lay women to be nuns.

I spent time meeting and listening to 70 institute members all individually. The oldest reached 72, and the youngest was nearly 40.

Then they were required to write down the reason why they wanted to become consecrated people. I explained to them the meaning of consecrated life, stages of formation they would have to experience, and regulations of the institute. Older women asked to be able to return to their homes and care for their parents. I agreed and promised the institute would look after them after their parents’ death because they had spent all their life serving the local church.

Some clergy encouraged me to reject the institute because its members were too old and had too poor of an education to follow their vocations, but I declined and told them, 'Who am I to reject them? Doing so means excluding them prior to teaching them to know God’s will. The Good News excludes no one.

'Cardinal Tung trusts me and assigns me to the institute, so I must fulfill my duty in support of God’s grace. I love those women who are Anawim of God.' 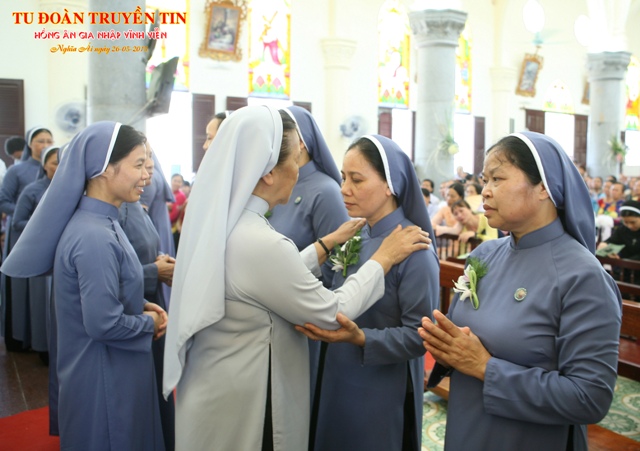 And how have you worked with them?

I started to work with them as a trainer in April 2004 and was told that some women would take first vows on June 13 although they had not gone through the novitiate yet. The date of the vows ceremony had been pronounced, so I tried to persuade the cardinal to offer the institute constitution to 20 selected women [officially admitting them to the institute] rather than let them take vows. I was very happy that he listened to my suggestion.

Later I admitted only 14 women among them into the novitiate. The oldest novice was 61.

The rest were urged to attend catechism classes and study at schools because most of them had only finished fourth to ninth grades.

We lived in a small house lent by the cardinal. I had to teach them everything from how to clean the house, tidy up things, cook food, keep personal hygiene, get dressed and behave with dignity, to moral values, spirituality, catechism, community life and the like. I myself also cleaned kitchen and toilet facilities.

My relatives and friends gave money to cover our living expenses. Eglise en Detresse in Germany also supported the novices for a while.

We had simple meals on a shabby sedge-grass mat on the ground. Some religious from the south who were there to teach novices were surprised at seeing how I lived in such conditions.

I found that the government drove people to extreme poverty and took away their dignity so as to govern them.

After working with the women for a period of time, I gradually understood the saying 'Religious life brings dignity and quality to people.'

Six months after we started the novitiate, then-Archbishop Joseph Ngo Quang Kiet of Hanoi visited and praised the women for surprising changes in their human and moral life.

What has the institute achieved?

After Archbishop Kiet officially approved the institute in 2007, 10 of the original nuns took first vows after having completed the novitiate for two years, according to the cannon law.

Now we have 24 nuns with final vows, 10 nuns with first vows, eight novices and eight pre-novices at six communities in Hanoi and two in Gia Lai province, central highlands. Many nuns have graduated from universities or colleges in pre-school education, medicine, veterinary science and dental care.

We admit candidates who finish at least high school. They have to spend four years learning about the institute’s spirituality and two years studying in the novitiate before taking first vows. Our spirituality is through Mother Mary, bringing Christ to people, especially the poor.

Our nuns run a day care center, provide health care to people, teach catechism and music classes at parishes and villages of ethnic minority groups, and advise pregnant women to give birth to babies rather than having abortions at hospitals.

We also cooperate with Donkey Bakery, a socially responsible company run by a Dutch businessman, in providing clean vegetables for an international school; serve food and drink at canteens in three schools owned by foreigners; and work at factories producing clothes, souvenirs and cakes among people with physical disabilities to make a living and do evangelization.

The Dutch owner appreciates the nuns’ service and work and offers them free accommodation and English and music classes.

Although many have poor education and catechism, they absolutely adore Jesus, eagerly dedicating themselves to God and serve people.

However, we are always very strict with them, even firing those who are dishonest, conceited and materialistic.

Do they support one another?

Yes. Communities on stable income are required to give financial support to those who evangelize in remote areas. They also create funds to pay school fees and the costs of medical treatment for nuns.

In 2013, a nun suffered a brain illness and spent months receiving treatment at hospitals. We could not afford to pay her treatment cost, but we trusted in God’s providence. I encouraged other nuns to take turns to visit and care for her.

Consequently, they were recognized as good and kind nuns by other patients and healthcare workers at the hospitals. Many people were interested in Catholicism and donated more money to the ill nun than her medical care cost.

Some nuns from other congregations told me that they appreciated our mutual support because they had to ask for their family’s support to pay their medical costs when they were sick.

I always tell my nuns that, 'God loves you particularly. You should love him and live for and with him wholeheartedly.'

Will you continue your work at the institute?

No, I will complete my assignment at the institute next March after serving them as a superior for 15 years. I should stop, although Cardinal Archbishop Peter Nguyen Van Nhon of Hanoi has asked me to continue my work. Cardinal Nhon is concerned about the nuns who still lack experience. Perhaps, I will only work as an adviser or teach certain subjects.

Sr. Sandra Schneiders: Women's religious life is undergoing a transformation that will help it survive

Q & A with Sr. Pilar Chagoya, rebuilding the social pastoral mission in Oaxaca