There is no dearth of information on how colonial history unfolded in the Philippines and how Christianity was implanted, making the Philippines the only country in Asia with a majority Christian population for centuries until East Timor became independent from Indonesia more than a decade ago.

But these historical facts were written about by the conquistadores during the early years of conquest, and in Spanish at that.

And because history is most often written from the point of view of the victors or the colonizers, the stories of and about the vanquished or the colonized are not included in official history. And if the stories are written at all, they remain in the archives, there to gather dust for centuries.

Approximately two decades ago, Benedictine Sr. Mary John Mananzan got a grant to do research on the history of the Roman Catholic church in the Philippines from the people's perspective. The grant enabled her to do archival research in the Archivo General de Indias, the Valladolid archives and the national library in Spain as well as the Archivo General de Nación in Mexico.

The result is Mananzan's fifth book, Shadows of Light: Philippine Church History Under Spain, A People's Perspective, which was published in July.

Mananzan belongs to the Benedictine Missionary Sisters founded in Germany. She is a feminist theologian and the founder and executive director of the Institute of Women's Studies of St. Scholastica's College, where she served as president for six years. She is now co-chair of the Office of Women and Gender Concerns of the Association of Major Religious Superiors in the Philippines.

A much-sought-after speaker on issues related to women, gender, theology and history, Mananzan continues to be in forefront of the feminist movement in the Philippines. But despite her busy schedule, she finds time to play Candy Crush, solve Sudoku puzzles and take in a movie or two.

GSR: You said you did research for this book decades ago. Why did it get published only now?

Mananzan: I wasn't sure of myself then because of the presence of big historians like Jesuit Frs. John Schumacher and Horacio de la Costa. Also, because it was typewritten, my only copy was lost for 10 years. We found it only last year.

What can this book contribute to our appreciation/understanding of our Catholic faith as introduced by the Spanish colonizers?

I think it will help us understand why we have what Jesuit Fr. Jaime Bulatao calls 'split-level Christianity.' It is also why we are steeped in the kumpare [patronage] system, the lusot [getting away with it] mentality, our colonial mentality, and our chronic failure in being a church of the poor. It will help us appreciate the efforts of the early missionaries in spite of the mistakes and abuses of both the secular and religious authorities at that time.

What can missionaries learn from this experience? Filipinos are now missionaries themselves in foreign lands.

First of all, we should have a profound respect for the culture of the people and not demonize it. These days, we should not use the direct conversion method, which amounts to proselytizing, but just share the person of Christ and his teachings without too much dogmatic and moralistic preaching.

Why the title? What do you mean by 'people's perspective'?

'Shadows of Light' — the light is Christianity and the shadows are the negative aspects of Christianity being introduced in the context of colonization.

'A people's perspective' means that I tried to see the events from the point of view of the people who were colonized rather than from the colonizer's perspective. So I included the resistance of the people to conversion in many parts of the islands. I discussed the oppressive policies like forced labor, discrimination of the native clergy, domestication of the mujer indigena [the native women]. I also discussed the injustice of the colonization itself and the abuses of the religious congregations, such as land-grabbing and persecution of the babaylans [the priestesses and healers].

Is the subject of history ever final or closed? Or does the retelling and interpretation change depending on who tells it at a certain juncture of history?

Men, for example, most often focus on wars, conflicts, etc., so they write about these things more than other events, and their heroes are, of course, soldiers, warriors, etc. Women would include culture, daily lives of people, etc. Those in power, the victors and colonial masters, would focus on their victories and their successes. People will dwell on their oppression, their sufferings and the injustice they experience.

You saved the best for the last chapter: the topic of mujer indigena, the native woman, her status in society in the pre-Spanish era, during and after. As a feminist theologian and historian, are you hopeful that the negative imprints of history on Filipino women will dissipate?

I think it is already happening. We insist that our feminism is not a copy of the West's but is the recalling of our dangerous, subversive memory of our original equality. We have to acknowledge the gains that have been made by our women's movement: the awakening of gender consciousness as shown by our many laws favoring women, our government's Gender and Development budget, the recent Commission on Higher Education memo mandating all tertiary educational institutions to mainstream gender. We have to acknowledge the militancy and effectiveness of our women's organizations in championing the causes of women: victims of rape or human trafficking, etc. Of course, we still have a long way to go, but we have gone quite far, I think.

What is it about our indigenous pagan heritage as Filipino women that we must take back, own, appreciate and live out?

Should it worry the church if Filipino women try to go back to our roots? Don't the women, in fact, become richer for it?

No, the church should, in fact, work on getting rid of its patriarchal values and structures. It will then become a more compassionate, more Christ-like church. And maybe by reclaiming what we have lost, we will contribute to this endeavor of de-patriarchalizing our church. In the book, I noted with emphasis that the Filipina has somehow retained the subversive, dangerous memory of her original equality.

For religious women and men, especially those in charge of formation, how can this book help in understanding Filipino spirituality?

Well, I hope it will help them understand the lack of integration of faith and action and endeavor to arrive at a congruence of our faith and our life. I hope it will help in understanding the mistakes of the past and moving on to make our church a real church of the poor and, as Pope Francis expresses it, a church that heals wounds and warms the hearts of people.

Pope Francis is creating a commission that will study the role of women deacons (Phoebe, for example) in the early church. Does this augur well for church women? Does it matter what the findings will be?

I think it is Pope Francis' way of really trying to give women an equal status in the church, but since the whole of tradition is blocking him, this is the best he can do. It's like what we say: consuelo de bobo [small consolation]. Give him credit for trying. 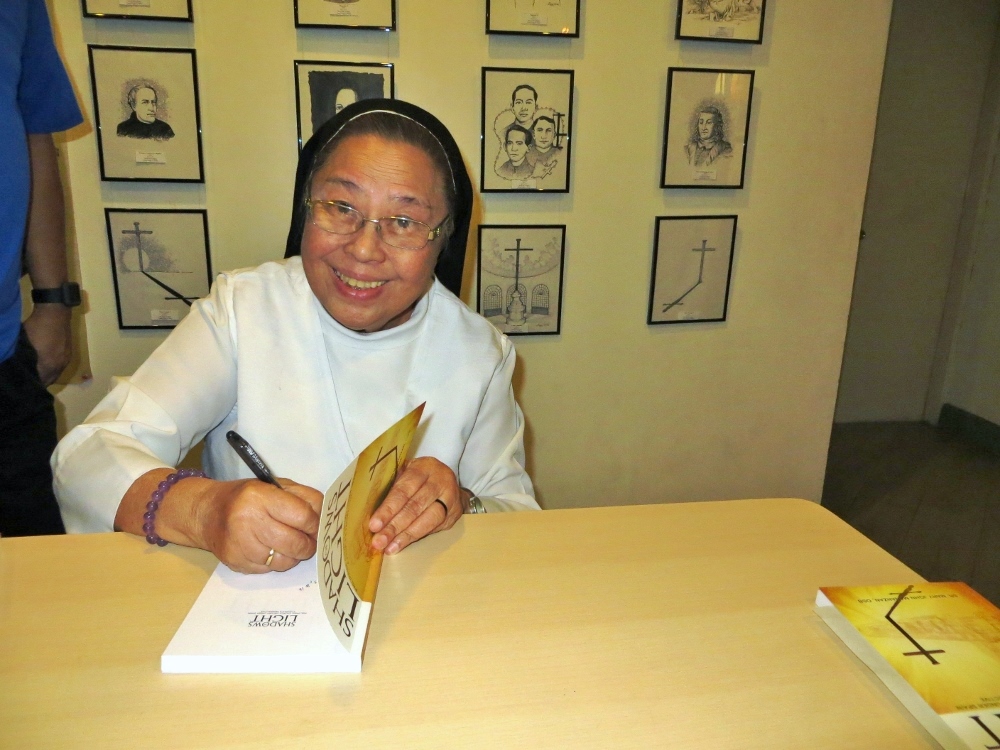 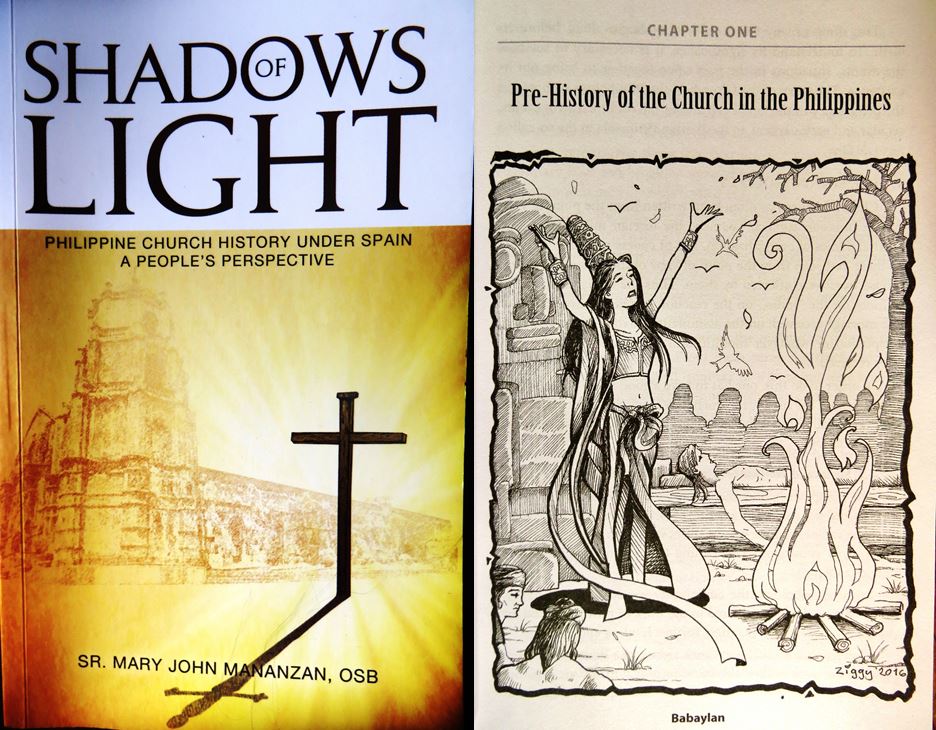 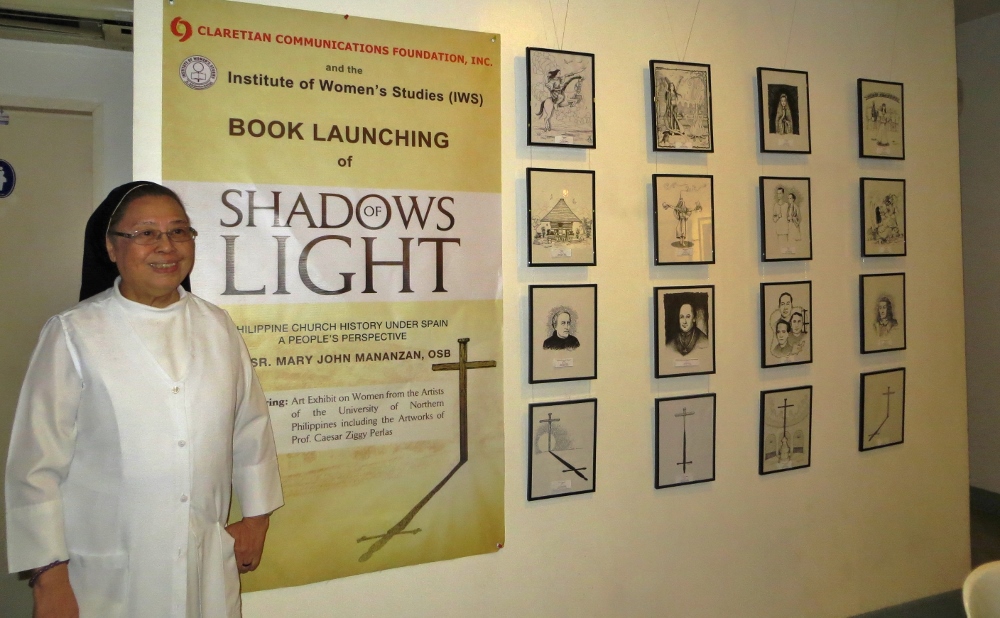