Last summer, Sr. Melinda Pellerin stood before friends and parishioners at Holy Name Parish in Springfield, Massachusetts, where she serves as a pastoral minister, and professed her first vows as a Sister of St. Joseph of Springfield. Pellerin — then 57, a widow and retired — made history as the congregation's first African-American sister.

From 1980 to 2008, Pellerin taught middle and high school students in parochial and public schools in Louisiana and inner-city Springfield, Massachusetts. While teaching world history, law and technology at Springfield High School of Commerce, Pellerin won the 2004 Massachusetts Teacher of the Year award.

In a reflection on the story of the Samaritan woman at the well (included in the program at Pellerin's vows service), Pellerin described her vocational path this way: "I entered religious life with many life experiences that were very different from my sisters in the congregation. I am coming to the well, vowed life, at the 'mid-day,' the 'noontime' of my life."

GSR: Yours was one of the few black families in your parish in Springfield, Massachusetts, while you were growing up. In your neighborhood, you were the only Catholics. What brought your family to Massachusetts?

Pellerin: They were originally from Louisiana. My mother came to work up north right before her marriage to my dad. My father didn't want to raise his family in the South. I was born in Springfield.

I can't remember a time when we didn't pray. We learned the importance of prayer from our relatives down south and from my parents, who were devoted Roman Catholics. My great-grandmother and grandparents were also devout Catholics.

How did you discover that you had a vocation to religious life?

I always had this vocation in my heart. The first day that I met Sr. Richard Agnes [a grade-school teacher], I said, 'I want to teach and be a sister.' I saw the joy she had in teaching.

I kept running away. I got to the point where I couldn't run away any more. I was working in an adult learning program and looked at the Sisters of St. Joseph website. I wrote an email and deleted it several times, then sent it. Within 15 minutes, the director of the program for women interested in religious life, Sr. Natalie Cain, had contacted me. I began the process of discernment with Sister Natalie at Mount Marie [the Sisters of St. Joseph of Springfield's former motherhouse in Mount Holyoke, Massachusetts].

I learned to love morning prayer, the community life, and the charism of the St. Joseph sisters, which is to strive to unite neighbor with neighbor and neighbor with God, to live simply and act for justice of 'the dear neighbor,' which brings people closer to God. I grew up with the Sisters of St. Joseph and knew their social activism and work in parish ministry. I'm in ministry now at Holy Name Parish and living in community with other sisters.

When you entered the discernment process in 2009, you were a widow. Can you talk a little bit about your marriage and how you were able to move from grief over losing your husband to pursuing a vocation as a sister?

My second marriage [Pellerin's first marriage had been annulled] was extremely happy. He was 18 years older. We met at a social action gathering, dated for about two years, and got married in August 2002. In December of that year, he died of lung cancer.

Right before my husband passed, we talked about his funeral. He said very clearly: 'When I die, I want to be buried in the African wedding garment we bought. When it's time for you to go, I'll be waiting for you, standing next to St. Peter and waiting for you.'

His death was a shock. I went through a period when I was so angry with God, I said, 'I'm not going to church, not going to deal with you anymore.'

But I sensed that God hadn't abandoned me, even in this horrible situation. I went to group counseling and realized that the disease had killed my husband, and I had never been abandoned.

What do you think of the idea that one can have more than one calling?

I really believe it. When you think about Christ and the disciples, they all had other vocations. Peter was in the fishing business, for instance. Our congregation, which started in LePuy, France, included older widows.

I live with a community of women that I love, but it's never easy. They had 20 years or so of experience living together. I came later in life. I have particular gifts, and so do they. It's not easy to come when you have owned a home and made your own decisions, then you have to learn to do these things in a community.

I live with four other sisters in Holyoke, Massachusetts, on the property of another religious congregation, the Daughters of the Heart of Mary. I am the first African-American woman [to join the Sisters of St. Joseph of Springfield] in the Northeast.

Black Catholics in this area were always a small group. I was used to being the only person of color in my classes.

My cultural experiences, what I eat or how I celebrate, are things that the other sisters try to embrace. Sometimes it works out, sometimes it doesn't. We're all learning. I do not find it difficult at all to live with white women and bring my brand of Catholicism to the table whenever I have the opportunity.

In the 1980s, I was thinking about entering a religious community, and a black sister advised me not to enter a white order. 'You are going to fight most of the time,' she said. But I didn't feel called to that [her] order. I felt drawn to be a sister here, more comfortable with this community than I would have in the South.

I always bring this African-American theology to my preaching and style of worship. I'm always in teaching mode. One thing I do miss: When I look around the room, I wish there were more black faces. Someday there will be other women of color in this congregation, with prayer, time, and the Holy Spirit. Who knows? 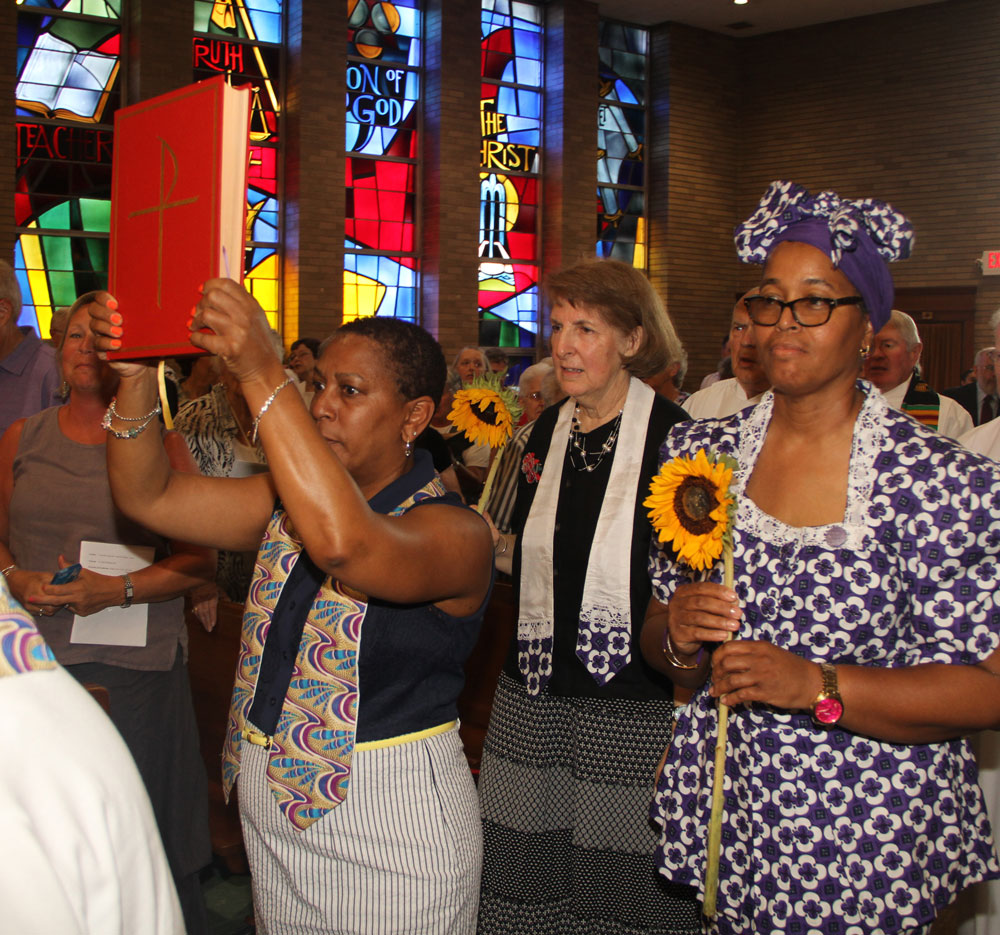 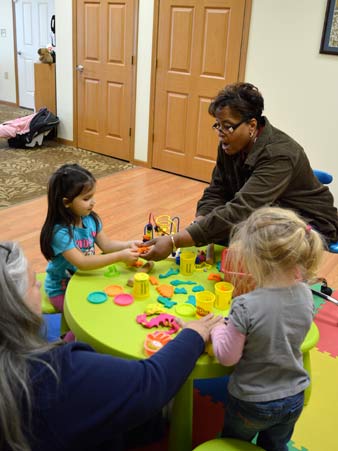