When Sr. Maria Clara Kreis, a Divine Providence sister, entered religious life in Germany, she was curious why so many of her fellow young sisters transferred to another province or left religious life within two years.

"Why do they all leave, and why do I stay?" Kreis wondered.

"I became aware that it was a call and not just an arbitrary decision of, 'Well, today I'm here, tomorrow I'm gone,' but that there is a deeper meaning of why people are called and why they live this life, not just for themselves but for the common good of the world."

Still, she thought, there are several ways to serve the common good. Why stay in religious life?

As a novice, Kreis heard a sister give a talk in Germany, and what the sister said resonated: "Sometimes people come [to religious life] for the wrong reasons, and that's not important. What's important is, do they stay for the right reason?"

Years later, Kreis was taking a test and measurement course at Marquette University and put these questions to the test through her dissertation. The survey, Life Satisfaction Scale for Apostolic Women Religious, has since grown through a grant by the Conrad N. Hilton Foundation, which also funds Global Sisters Report. The study, also supported by Duquesne University, is now being turned into a manual. It is also conducted in Spanish, and Kreis invites Hispanic leaders to have their congregations participate.

Kreis: At the time of my dissertation, I was reading reviews by other religious, some of whom said religious life is kind of coming to an end, that people are depressed, unhappy. Then I heard people like [Benedictine Sr.] Joan Chittister or [Immaculate Heart of Mary Sr.] Sandra Schneiders say, "No, they're in a crisis, mourning the loss of so many things in their lives, but they're still committed." I thought the only way we can know is if we do an empirical study.

I knew that I wasn't staying because of some arbitrary reason. I stayed because I felt called, because I felt excited about the charism and mission of my community, because it didn't matter to me in the long run how many young people are around me. What mattered for me is, are these people, young or old, committed lifelong and will they make a difference in the world?

So hearing people say sisters are depressed, and no wonder they don't have vocations — that didn't make sense to me. To this day, it doesn't. I saw people being sad, and for good reason. The older sisters had to let go of established ministries, they have to see their peers dying. And honestly, the longer I'm in religious life and the longer I see members of my community become ill and fragile and sick and die, the more I understand.

GSR: What about the results surprised you the first time around?

I never thought the sisters were depressed, but that they are appropriately grieving losses. I had 1,116 completed questionnaires. These sisters expressed deep satisfaction, and it wasn't a surprise. I was surprised it was that high, but I wasn't surprised because that's what I saw. I saw it in Germany in different congregations, in the U.S. in different congregations. I had intercongregational formation in Germany and in the U.S. So, yeah, you come across some sisters who are unhappy or dissatisfied, and I didn't feel that one could equate grieving with being depressed or unhappy, at least not from a mental health perspective, so I was excited to see that.

I had sisters participate in my research who thanked me for the opportunity to be a part of the survey because they felt like it was a retreat. Like, "Wow, I can stop and reflect on my life, and I have questions that I didn't think to ask myself. But now they're here and posed to me, and now I have the opportunity to think, 'Why do I stay and why do I believe in it?' "

How has the study evolved since you began it?

We got the grant in August of 2015 from the Hilton Foundation to officially begin the study in January of 2016, and in this first year with my colleagues, the late Dr. Ron Livingston and our translators and research assistants, we were able to do the initial steps of reliability/validity to make sure the instrument had some of those final analyses so we could write about it in the manual. So these were the initial steps for the manual development. We at the same time prepared the translation of the survey in Spanish.

Dr. Cecil Reynolds and I are in the process of inviting sisters who are English-speaking to participate in our study, particularly sisters born between 1950 and 1999. So we're in the middle of collecting a study with English-speaking younger sisters, and also in the middle of a Spanish-speaking study. We're looking for leaders of Spanish congregations to contact us and say, "Yes, we would love our sisters to participate because we'd like to get congregational, aggregated feedback."

It's a two-step process. First, we invite congregations to participate so that they can get feedback on the whole group in these areas of religious life and for them to see how it could help them as they do their future planning. At the same time, every sister who participates gets immediate feedback.

Have the responses been used to enact change?

That's what we hope. That's the purpose. The instrument is for communities to see and be affirmed in what the individual or the group is doing well and also areas where they may want to improve. They can look at how their youngest members feel compared to the older or middle-aged ones.

We would really love to invite any English-speaking sisters to be in touch with us who want to participate. They don't need to go through their leaders because we're in the second step of our study. And then we would also like to have Spanish-speaking congregations participate so that they can get congregational feedback as well as individual. Once we have enough data for our English and Spanish studies, we hope to follow up in Spanish with individuals. Once we have that, then we hope the data will inform our international study sometime before the end of 2018, which we would love to invite congregations worldwide to participate.

Once we can translate it into different cultures and languages, then it's a tool that can help move religious life into a viable future. Not to say it isn't viable, but it can affirm and support us in areas that are great, but challenge us in areas where we may want to improve, change and seek new life and new viable options. I do feel that this tool can help us, as we are right now trying to find out, what will religious life be? How will we get there? This tool can invite us to have these deeper conversations in affirmative and challenging ways. This isn't the only one, but it's one way. Whether you're married or religious or single — everyone wants improvement. Change is good.

To participate in Kreis' study, email her at kreisk@duq.edu. 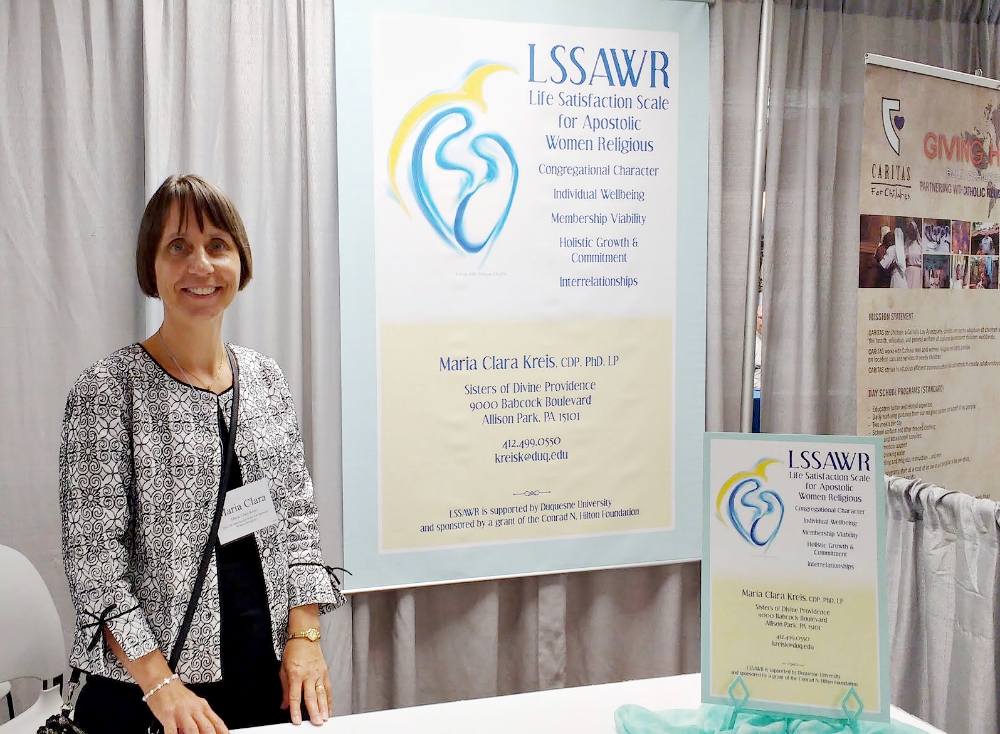 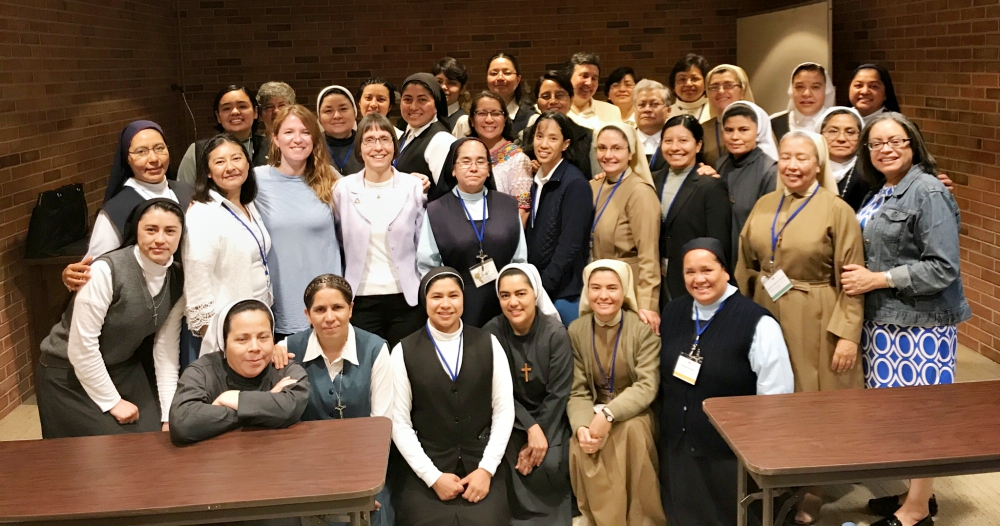