Sr. Cynthia Mathew had battled India's oppressive caste system in Bihar state for years before going to New York to work in the United Nations. The member of the Congregation of Jesus continues her fight for justice for Dalit, formerly called the "untouchable" caste. She is a member of the Forum of Religious for Justice and Peace, an advocacy group in India, and the Asian Movement of Women Religious against Human Trafficking.

Since 2017, Mathew has been working toward innovative thinking on sustainable development with the Loreto Sisters, who have U.N. Economic and Social Council accreditation. Her congregation and the Loretos have the same founder — Mary Ward — and collaborate in ministries inside and outside of the United Nations.

Mathew was in New Delhi recently to attend the Conference of Religious and Migration. She shared with GSR insights from her life in Bihar and at the U.N.

GSR: You have worked mostly in the villages of Bihar. How have you prepared for this UN job?

Mathew: I had an orientation before coming to the U.N. I had attended U.N. conferences in 2007 and in 2015, and that gave me some idea about the kind of work we do at the U.N.

Our main work at the U.N. is advocacy and lobbying. We are in 23 countries addressing issues such as migration, human trafficking, social development, women, girls and children. We network with our sisters engaged in social justice missions in various countries. This helps us bring the reality from the grassroots to the U.N.

Please elaborate on your advocacy work.

We join liked-minded NGOs [non-governmental organizations] working for migrants and come together as a civil collaboration. The civil society groups are given time to make interventions through oral and written statements. This is when we make our points at the world body. Of course, it is up to the U.N. member states to accept them. We also visit member countries to lobby and advocate on human rights, women, migration and other issues.

We have sisters working with grassroots migrants. They know the struggles of migrants and the impact of human rights violations and trafficking of women. We bring these realties to the U.N., especially at the discussion on the Global Compact for Migration.

What are some issues you have taken up?

Migration and human trafficking. We have a working group for the rights of girl children, and I am its co-chair. I know the plight of poor women because of my earlier work at the local level. Women and girls in rural areas live in extreme poverty and oppression. I bring their voices to the U.N.

When we intervene at the U.N., they ask us to present our points in the proper language. It has to be the U.N. language — diplomatic, refined and polite. But the language at the grassroots level is aggressive. At the U.N., we cannot use hard words such as "condemn" or "protest." There is no sloganeering. We cannot take any nation's name in a derogatory manner.

How was your transition from Bihar villages to New York?

The U.N. is a vast institution. It takes time to learn the system. Initially I felt a bit lost — as it was a new culture, and the nature of work was different. It took three months, and people told me I was quick to pick it up. My work on the ground helped me as I could cite examples, especially when we discussed Sustainable Development Goals or the Right to Education Act. I have seen people suffering human rights violations. At the U.N., we cannot expect immediate results as happens at the grassroots.

Would you describe your work among the Dalit?

In Bihar, I worked with "Chirag" (Flame), our congregation's NGO, after earning my bachelor's in social work in 2000. It is a center to promote awareness about education and health care in Buxar district. My work was mostly among poor Dalit women, youth and children. I was also part of the local unit of Prison Ministry India. I was shocked to see women jailed because their husbands were on the run after committing crimes.

Their plight prompted me to study law and then practice in the Patna High Court from 2007. The High Court made me a member of a committee to study homes that shelter destitute women and juveniles. After three years of work at our provincial house in Patna [the Bihar state capital], I returned to Buxar in 2015 to practice at district court. It exposed me to the harsh realities of Bihar. I found the district court the best place to help the poor because it is where people first come for justice.

Did other lawyers accept you?

I was the only Christian in the Buxar court, and people knew me as "the sister from Chirag who helped the poor." Many judges appreciated my work. Senior lawyers also helped me.

Once some lawyers introduced me to a woman who they said only I could help. The woman told me that her daughter of 13 was raped by a relative and had delivered a baby boy. She filed a case in the local women's police station. Everyone, including the village council, asked her not to press the case. They warned her that litigation would be expensive and shame the family. The rapist's family offered her a bribe to withdraw the case. But she remained adamant. Her courage impressed me. I took up her case.

The court granted the woman 250,000 rupees [$3,790 then] as compensation. It was the first time that someone got such a huge compensation in Buxar. I became popular. On Dec. 24 that year, the woman was handed the check in the presence of judges and district administration officials. It was my Christmas gift for her.

What are the main problems of the Dalit?

Many. Untouchability is still prevalent in villages. Even young Dalit think they are lower than high-caste people and blame the sins of their previous life [according to Hindu belief] for the current situation. Don't know how we can change such mindsets. Poverty and landlessness add to their woes.

What about Dalit women?

Dalit women face harassment outside and domestic violence at home. Their husbands beat them up regularly and abuse them sexually. Most women keep quiet to save the family honor. Some, who could not tolerate it any longer, came to me. We counsel them and try for out-of-court settlements. We go to court as the last resort. Litigation is very expensive and time consuming.

How do you intervene in their lives?

We focus on their economic empowerment. We have more than 100 Self Help Groups where women deposit money and get loans for starting small-scale businesses such as candle-making. This has helped them come up in life. They no longer go to moneylenders for loans.

We have realized that just running a project will not help. We have to empower people economically and socially. We tell them of their rights and launch programs for their advancement. Unless they know their rights, how can they demand them? We inform them about government projects meant for them and explain how to avail them.

Was there any disappointment?

Yes, of course. Some Dalit men from Buxar worked in the brick kilns in Uttar Pradesh [a neighboring state]. They had borrowed money from their employers. Higher caste people lend money to their Dalit workers as a ploy to make them bonded laborers to work for their entire lives. The Buxar men managed to escape and came to me. I wanted to file a case, but the men said their bosses would kill them and harm their daughters. The labor department officials asked me not to risk my life. Even some of my sisters warned me that the brick kiln mafia was dangerous. I felt helpless. Many activists face such dilemmas — how to challenge the oppressive system.

Tell us something about your background.

I come from the Kannur district of Kerala [on the southwestern coast of India]. We are five sisters and a brother. Three of us are nuns. My father wanted me to study, but I insisted on joining the convent after 10th grade. As a child, I had heard of stories of oppression of the poor in northern India. So I wanted to become a missionary and serve there.

I had my early formation in Patna, and novitiate in Allahabad [a town in Uttar Pradesh]. After novitiate, I was asked to choose my ministry. I picked social action.

No regrets. I am very happy to work for the poor.

Does your congregation support your work? 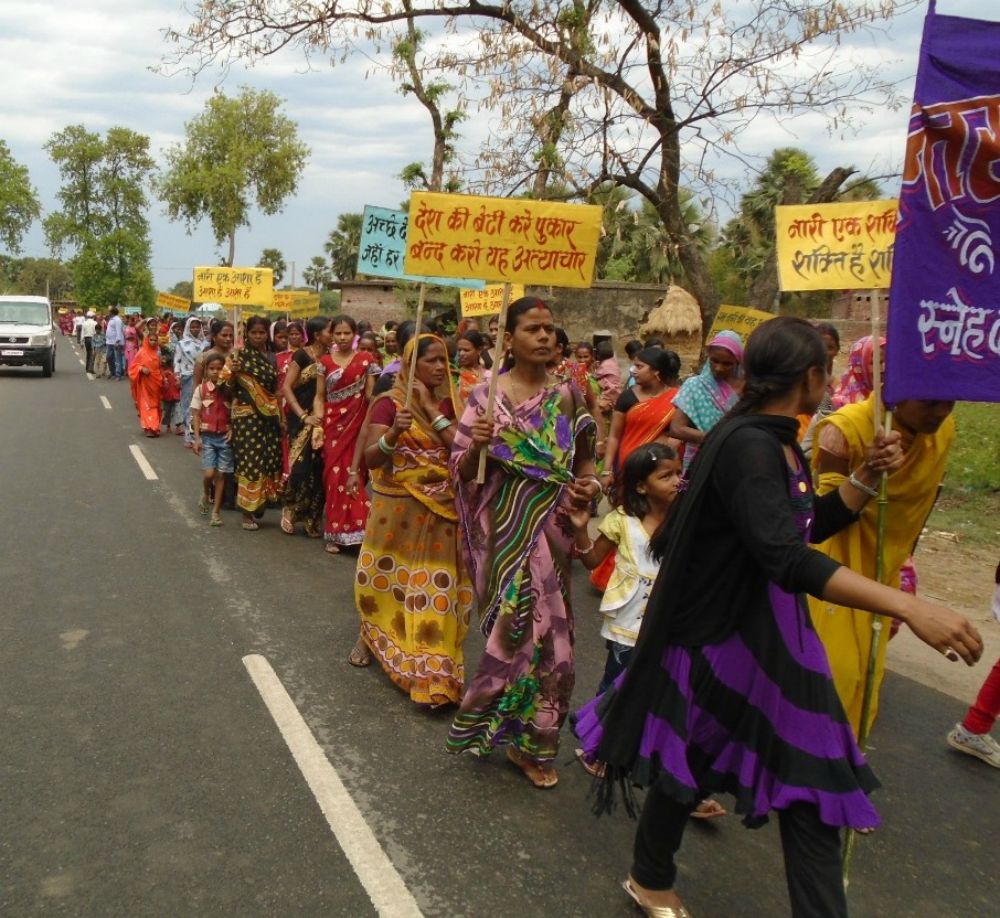 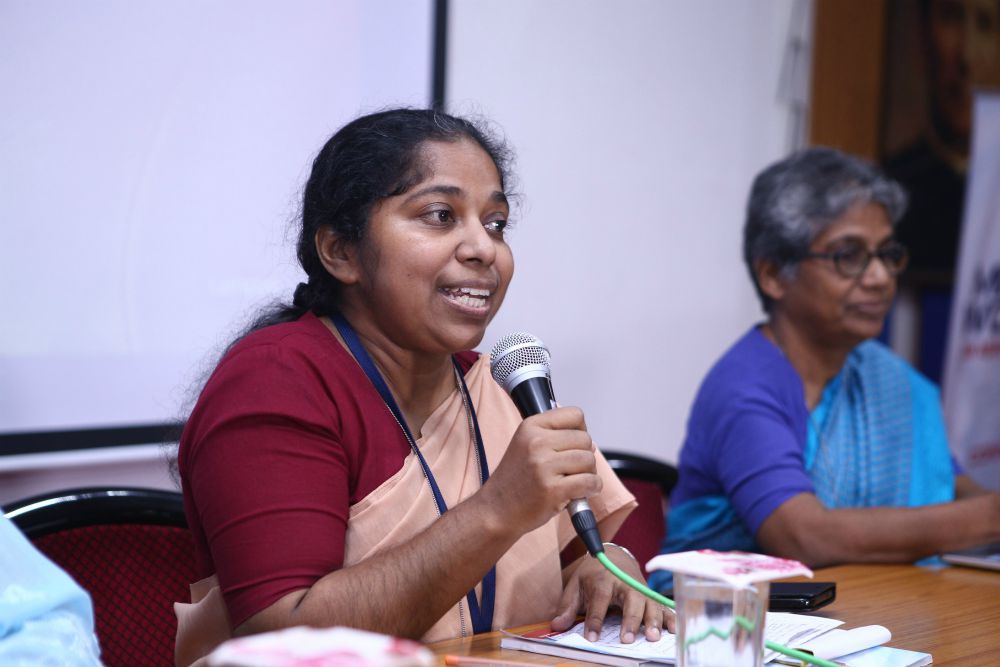 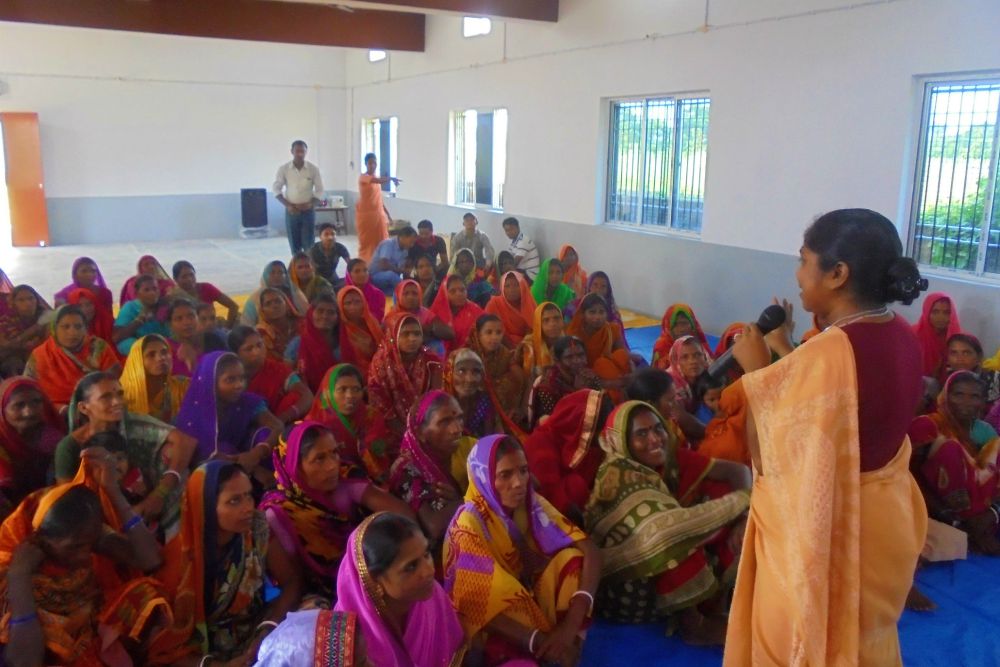 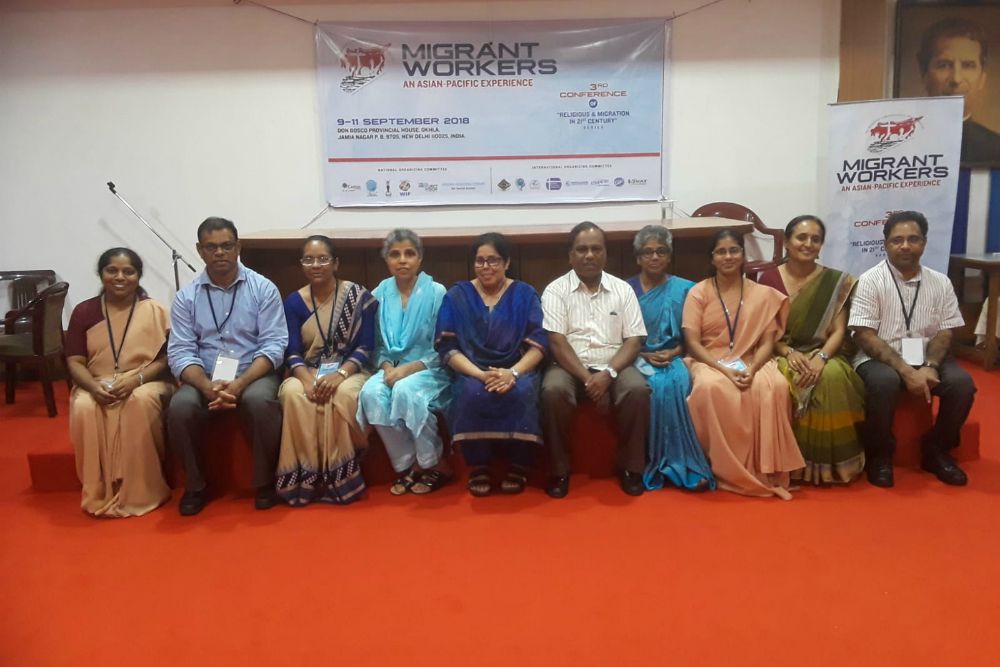