Issues surrounding labor migration — such as the rights of migrant workers, high fees on wired remittances, and inconsistent policies across nations — were the focus of a recent conference in New Delhi that drew 161 participants, mostly religious, from across Asia.

The three-day conference also examined causes of internal migration in India, including climate change, environmental disasters, and religious and caste conflicts, as well as the desire for better job opportunities.

Sr. Justine Gitanjali Senapati, who represents the congregations of St. Joseph at the United Nations and participated in the three conferences, says the next conference will be for Latin America, followed by a global gathering three years later. However the dates and venues for those meetings are undetermined, says the member of the Congregation of St. Joseph of Annecy.

Senapati said these gatherings aim to link activists at the grassroots level with U.N. policymakers.

"We want to connect grassroots workers with national and international bodies to address problems arising from migration. We should check how grassroots workers implement the U.N. policies formulated after protracted and often disappointing negotiations with member countries," said the nun, a native of Odisha's Kandhamal district, where religious conflicts forced thousands to migrate 10 years ago.

Senapati also said the conferences offer a platform for people on the ground to convey their aspirations and hopes to U.N. policymakers.

Br. Varghese Theckanath, director of Montfort Social Institute in Hyderabad, southern India, and a member of the national organizing committee, said the New Delhi conference helped bridge what happens at the grassroots level with the global process. "We could overcome the initial hesitancy and create a link. Now, we have to take it forward," he told Global Sisters Report.

However, Theckanath and Senapati were disappointed that the expected number of delegates from the Asia-Pacific region could not attend the conference. Senapati said it has become increasingly difficult for overseas people to get visas to attend faith-based programs in India.

Only delegates from Bangladesh, South Korea, Nepal, the Philippines and Sri Lanka attended the New Delhi conference. Except for one priest from Sri Lanka, other overseas delegates were Indian missionaries working in those countries.

"Although Indians, they were able to convey the situation in their countries quite well," Senapati said.

She informed the gathering that the U.N. members, except Hungary and the United States, have agreed on the Global Compact for Safe, Orderly and Regular Migration to improve migration governance. She said she and other representatives of nongovernmental organizations lobbied hard as members of civil society to get the U.N. member countries to agree to the document, which upholds the rights and dignity of migrants.

Joe Thomas, who represented Bangladesh, said the transaction cost of remittances that are sent home by migrant workers is a major issue in many countries in the Asia-Pacific region. The countries justify the fees, saying they are levied to ward against money laundering, said Thomas, executive director of Partners in Population and Development, an intergovernmental initiative for expanding and improving South-to-South collaboration in the fields of reproductive health, population and development.

He said regarding Bangladesh, which has a large environmentally induced migration, about $15 billion in remittances are sent home annually by the 10 million Bangladeshis who work overseas as mostly unskilled or semi-skilled labor.

He said he was disappointed that members of the South Asian Association for Regional Cooperation, an intergovernmental organization, have not formulated a policy to deal with migrants. For example, Bangladesh has had to spend a huge amount to address the Rohingya refugee issue, while India and China have neglected to offer help, dismissing the problem as a bilateral issue between Bangladesh and Myanmar, Thomas said.

Unlike the South Asians, the Association of Southeast Asian Nations has well-coordinated policies for member countries, Thomas said. Most nations, for instance, maintain open borders and have one driving license that allows their citizens to drive through countries in the region.

Another challenge, he added, is how to strike the balance between the rights of migrants and their host countries' policies.

Hardly any law governing migrants and refugees exists anywhere in the world, said Thomas, who has spent 25 years in his field. He called for appropriate international protection for migrant workers and their families.

Some countries just do not want migrants, said Claretian Fr. James Jose, who represented South Korea. He said the country has imposed strict conditions for immigrants. However, South Koreans welcome unskilled workers to do their menial jobs and women to make up for an anticipated bride shortage, the priest explained.

He said the demand for foreign labor in South Korea increased after its better-educated and wealthier citizens gave up certain occupations, especially the so-called 3-D (difficult, dirty and dangerous) jobs, Jose said.

The New Delhi conference heard testimonies of survivors of internal migration in India.

Dayamani Barla, a domestic worker-turned-activist who resists corporate firms' attempts to grab tribal agricultural land with government support in the name of development, says migration involves cutting indigenous people off from their history, culture and society.

She led a people's movement that thwarted ArcelorMittal, a steel conglomerate, from setting up industry in the tribal-dominated Jharkhand state in eastern India.

The conference heard the stories of internally displaced people such as Barla and Sr. Meena Barwa, a member of the Handmaids of Mary who survived the anti-Christian violence of 2008 in Odisha, eastern India.

Barwa recalled how her family was displaced to build a dam when she was a child. The conference fell silent for nearly five minutes after she recounted her ordeal.

Fr. Manoj Kumar Nayak, a priest from Odisha, said that during the violence Hindu fundamentalists placed an axe on his father's neck and asked him to embrace Hinduism. He had little choice but to agree. "That was the saddest thing to happen in my life," said the priest, who lost track of his family for the three years they spent in shelter camps.

The conference called for the creation of a database on migrants and refugees and host communities. The database would be used as a tool to eliminate discrimination against migrants, seal porous borders, stop trafficking, and enhance consular protection and assistance, delegates said.

Christine Nathan, a consultant of the International Catholic Migration Commission's Asia-Pacific region and an observer, was happy with the "good response" to the New Delhi gathering. The Catholic laywoman said the conference stressed connecting with people at the grassroots level and making advocacy more effective. 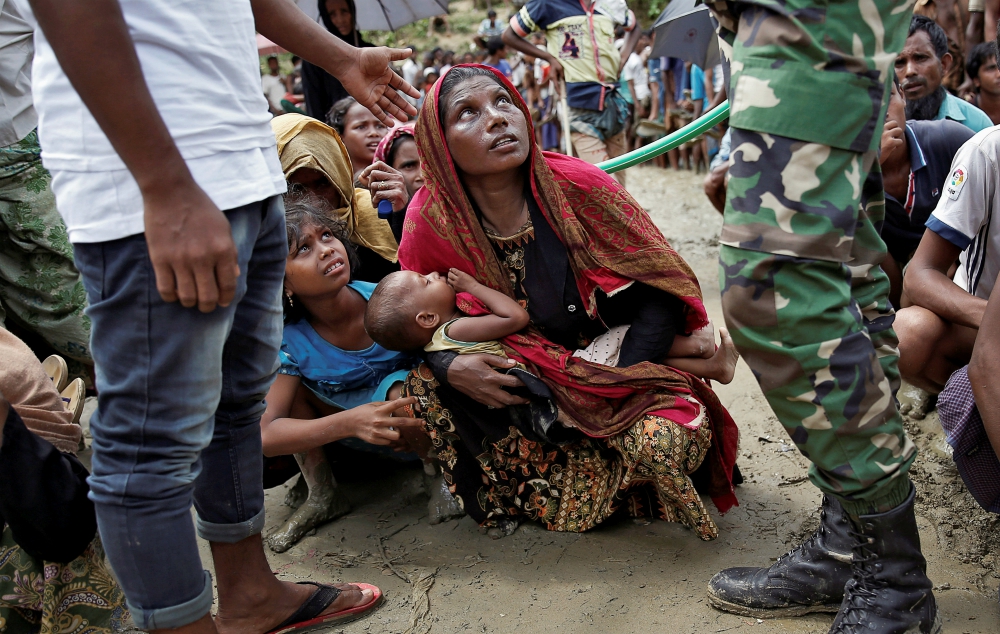 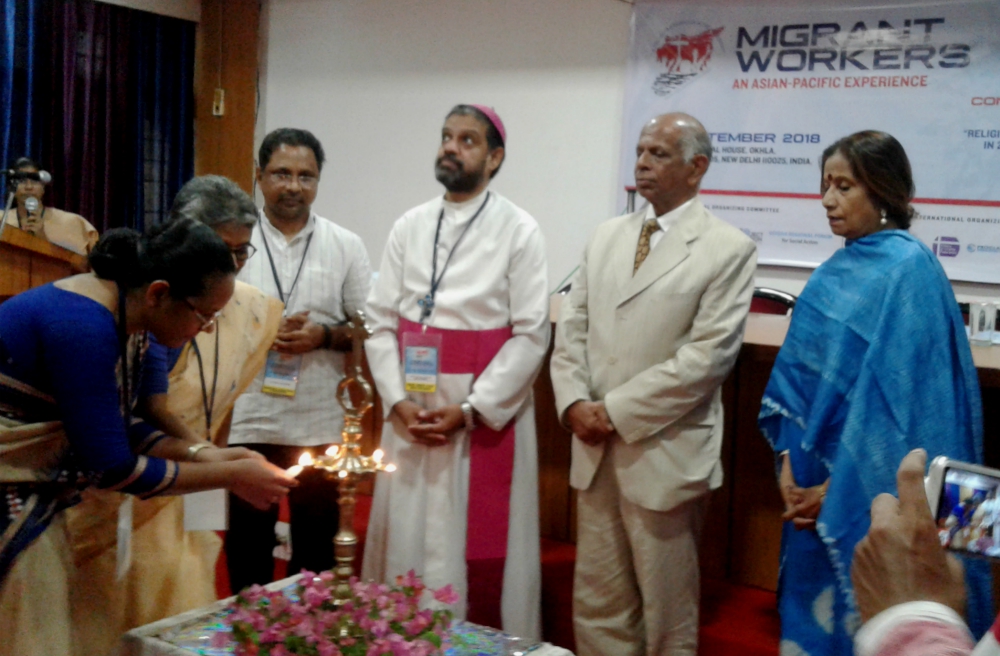 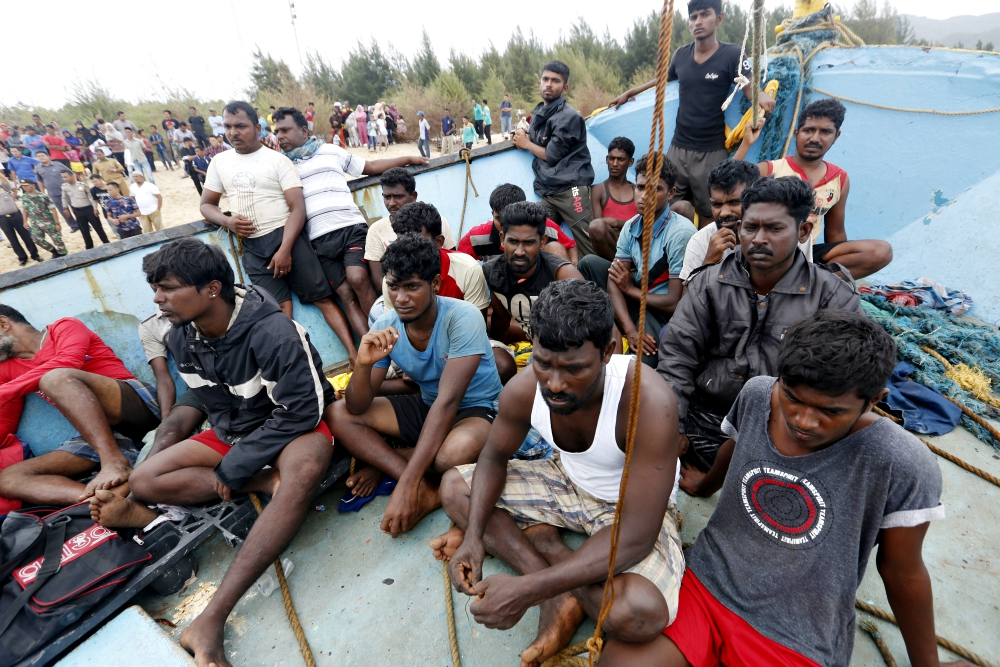 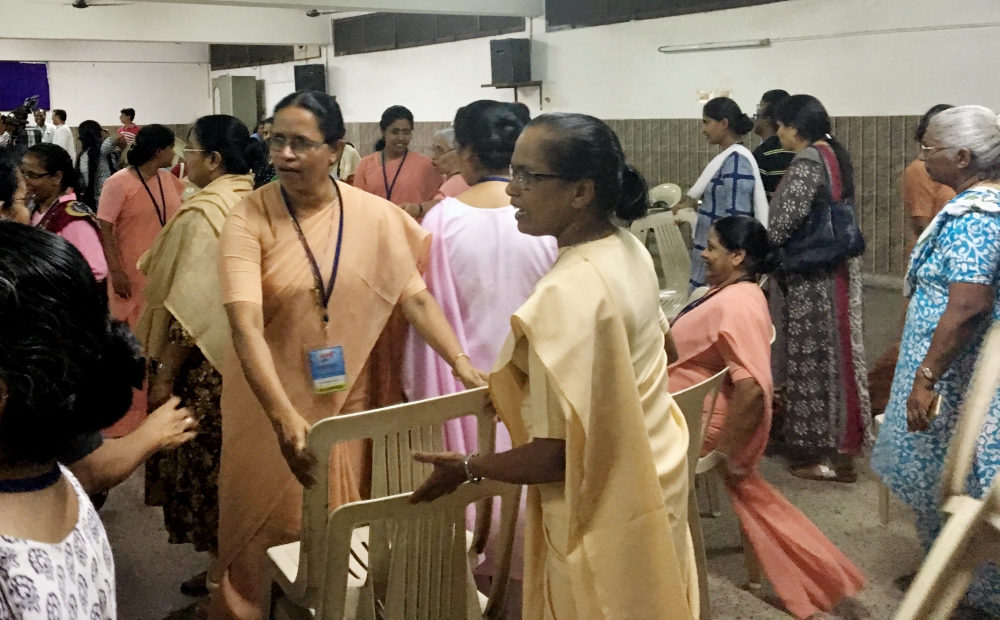 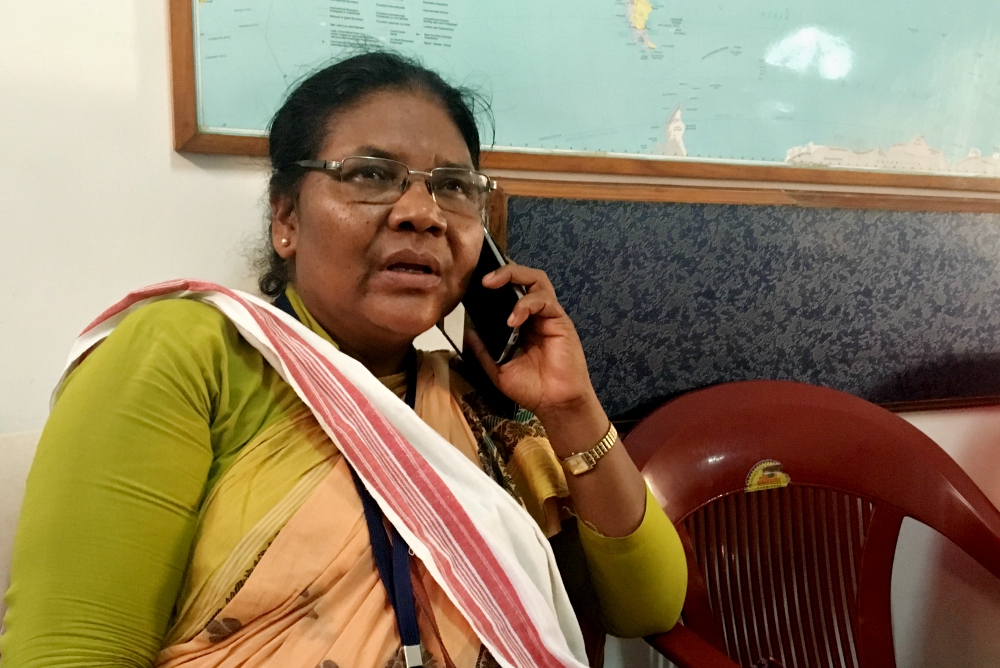