The United Nations has completed key stages of work on two compacts related to migration and refugees, winning cautious praise from migrant advocates and church officials.

"Even just the idea of international cooperation on the issue of migration was a victory. Now, it needs to be institutionalized," Maryknoll Sr. Marvie Misolas, representative of the Maryknoll Office for Global Concerns at the U.N., said about the compact on migration, the U.N.'s first.

"Now we have a basis from which to work," said Sr. Janet Kinney, a member of the Sisters of St. Joseph of Brentwood, New York, and the executive director of the Partnership for Global Justice, a U.N.-based advocacy group.

The global compacts are documents that are not legally binding but provide a framework for nations to work together to manage the current wave of migration, in which 68.5 million people worldwide have been displaced. The compacts stem from the 2016 New York Declaration, in which the United Nations concluded it had to deal with the increasing challenges of global migration.

U.N. members approved the final text of the migrant compact, "Global Compact for Safe, Orderly and Regular Migration," on July 13 after more than a year of meetings in New York. The compact is expected to be formally adopted at a Dec. 10-11 conference in Marrakech, Morocco.

Talks on the global compact on refugees concluded July 6 in Geneva, and U.N. High Commissioner for Refugees Filippo Grandi will present a final version of that document when the U.N. General Assembly meets later this year. The compact is a supplement to the 1951 U.N. convention on refugees and a subsequent 1967 protocol.

Volker Türk, the U.N. refugee agency's assistant high commissioner for protection, noted that the current refugee convention "focuses on rights of refugees and obligations of states, but it does not deal with international cooperation writ large. And that's what the global compact seeks to address."

UNHCR spokeswoman Ariane Rummery told GSR in an email that the global compact on refugees "is building upon and strengthening, not replacing, the existing international legal system for refugees — including the 1951 Refugee Convention and other human rights treaties and international humanitarian law."

Rummery said the refugee compact seeks "to fill gaps in cooperation in the international response to refugees — this includes in having a more predictable and equitable system of responsibility sharing so host communities get the support they need and refugees can be better included in host communities."

"It's a blueprint," Sr. Helen Saldanha, a member of the Missionary Sisters Servants of the Holy Spirit and an executive co-director of VIVAT International, a global human rights advocacy organization that works at the United Nations, said of the migration compact.

The end of negotiations over language of the migration compact "is the beginning of another process" in which U.N. member states examine more fully how they can implement what the documents call for, said Saldanha, a member of the NGO Committee on Migration, an advocacy coalition of nongovernmental organizations at the United Nations that includes religious congregations.

A particular focus of the refugee compact: to share more broadly among nations the work of welcoming refugees, Grandi said.

"There are more than 24 million refugees in the world today, with the vast majority hosted in low and middle-income countries close to the countries wracked by conflicts from which they fled," he said. "The burdens are often borne by countries least resourced to shoulder them. The compact aims to share this responsibility more equitably."

That focus comes as members of the European Union are debating changes in policy that would place less responsibility on so-called "first arrival" countries like Italy and Greece to host refugees fleeing from the Middle East, Africa and Asia.

UNHCR headed up the talks in Geneva over the refugee compact. The talks on the migration compact at U.N. headquarters in New York included U.N. member states and advocates for migrants that included the Vatican and representatives of nongovernmental organizations, including Catholic sisters' congregations.

Under the leadership of Pope Francis, the Vatican took a pro-migrant position in the talks, and Archbishop Bernardito Auza, apostolic nuncio and permanent observer of the Holy See to the United Nations, praised the migration compact as serving as an "international reference point for best practices and international cooperation in the global management of migration."

Among the declarations contained in the migration compact: Migration "should never be an act of desperation. When it is, we must cooperate to respond to the needs of migrants in situations of vulnerability, and address the respective challenges."

It added: "We must work together to create conditions that allow communities and individuals to live in safety and dignity in their own countries. We must save lives and keep migrants out of harm's way. We must empower migrants to become full members of our societies, highlight their positive contributions, and promote inclusion and social cohesion."

U.N. General Assembly President Miroslav Lajcak, a Slovak diplomat, called the migration compact a "historic moment" and said, "It does not encourage migration, nor does it aim to stop it. It is not legally binding. It does not dictate. It will not impose. And it fully respects the sovereignty of states."

But though U.N. member states drafted the final wording, the compact does not have universal approval. The United States pulled out of the migration compact talks in December, citing the need to protect its migration policies. And on July 18, the government of Hungary, which has taken a tough stance against admitting refugees and migrants in recent years, said it will not sign the accord and is "exiting the adoption process" of the compact.

Kinney said the tension between countries protecting their sovereignty and nongovernmental advocates pushing for more human rights protections is an ongoing dynamic at the United Nations.

"Even in this document, issues of national security and human rights are not always in balance," Kinney said. "Is [the compact] 100 percent balanced? You can't say that."

Kinney and Misolas, also members of the NGO Committee on Migration, praised the two compacts generally. But they said the two documents have gaps, particularly on displacement caused by climate change, an issue that is likely to be the focus of increased attention in coming years at the United Nations.

"We have to continue discussing these issues in the context of our current economic model and the process of environmental dislocation," Misolas said. "When we destroy the environment, that creates economic disparity and that pushes people out."

Misolas said the migration compact can be faulted for being a document that "still feels like it is more 'pro-host' countries than focused on [migrant] people. It's still a tall order for countries to fulfill their responsibility to their people" in helping find jobs and helping create "sustainable economic development."

Rummery said UNHCR believes the final draft of the refugee compact "effectively acknowledges and addresses the reality of increasing displacement in the contexts of disasters, environmental degradation and climate change, and provides the basis for measures to tackle the many challenges arising in this area."

Misolas praised the Holy See for its work and said the migration compact credits the work of faith-based organizations. However, she said that even among congregations committed to the work of helping refugees and migrants, "we still need to reflect more as faith-based groups on our values on this issue of hospitality and welcome." 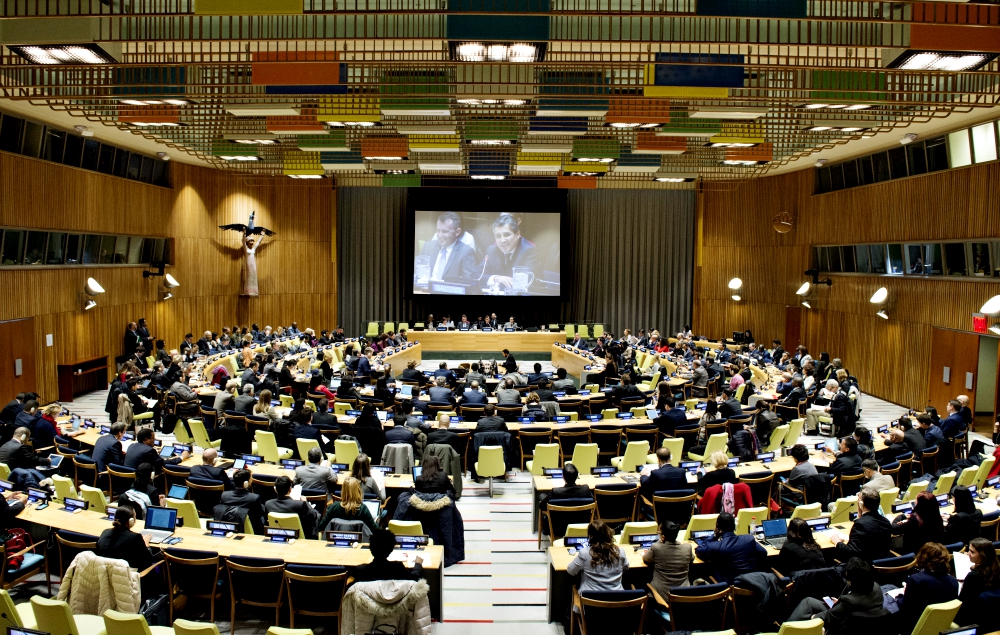 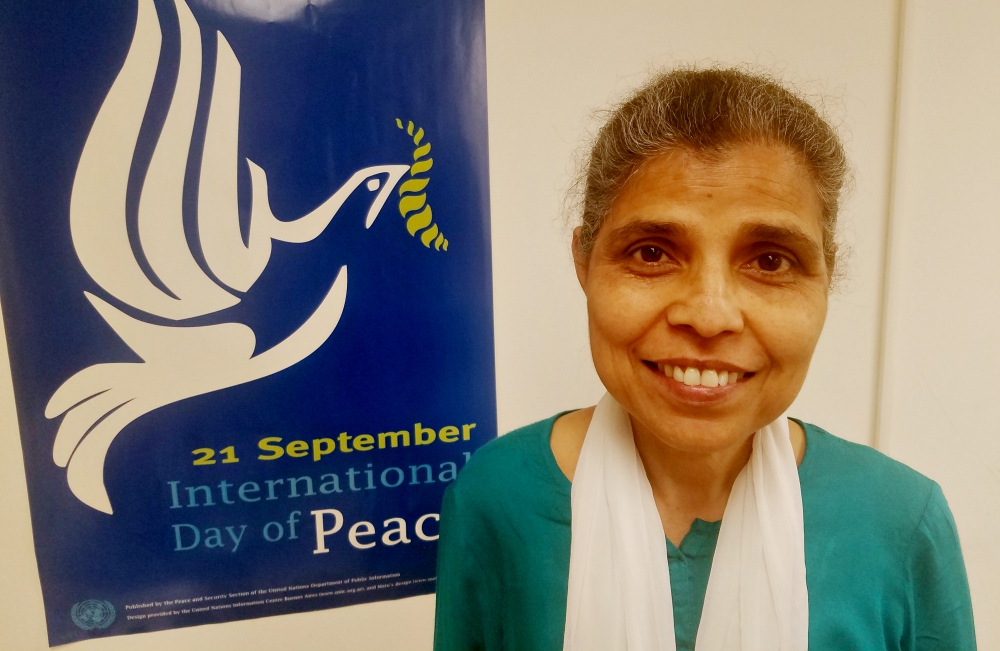 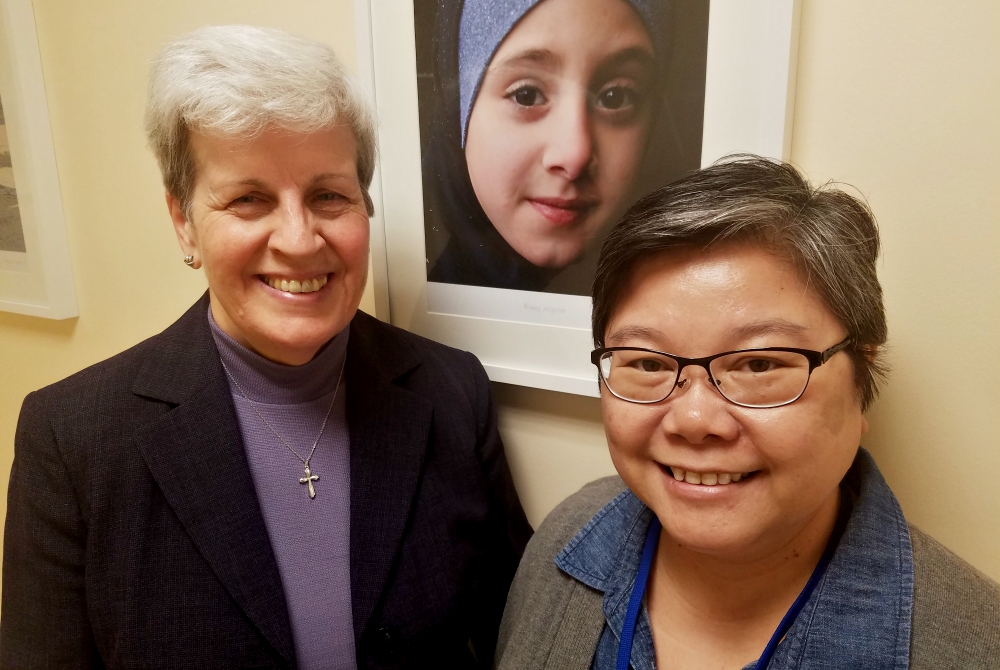