It's not my bag 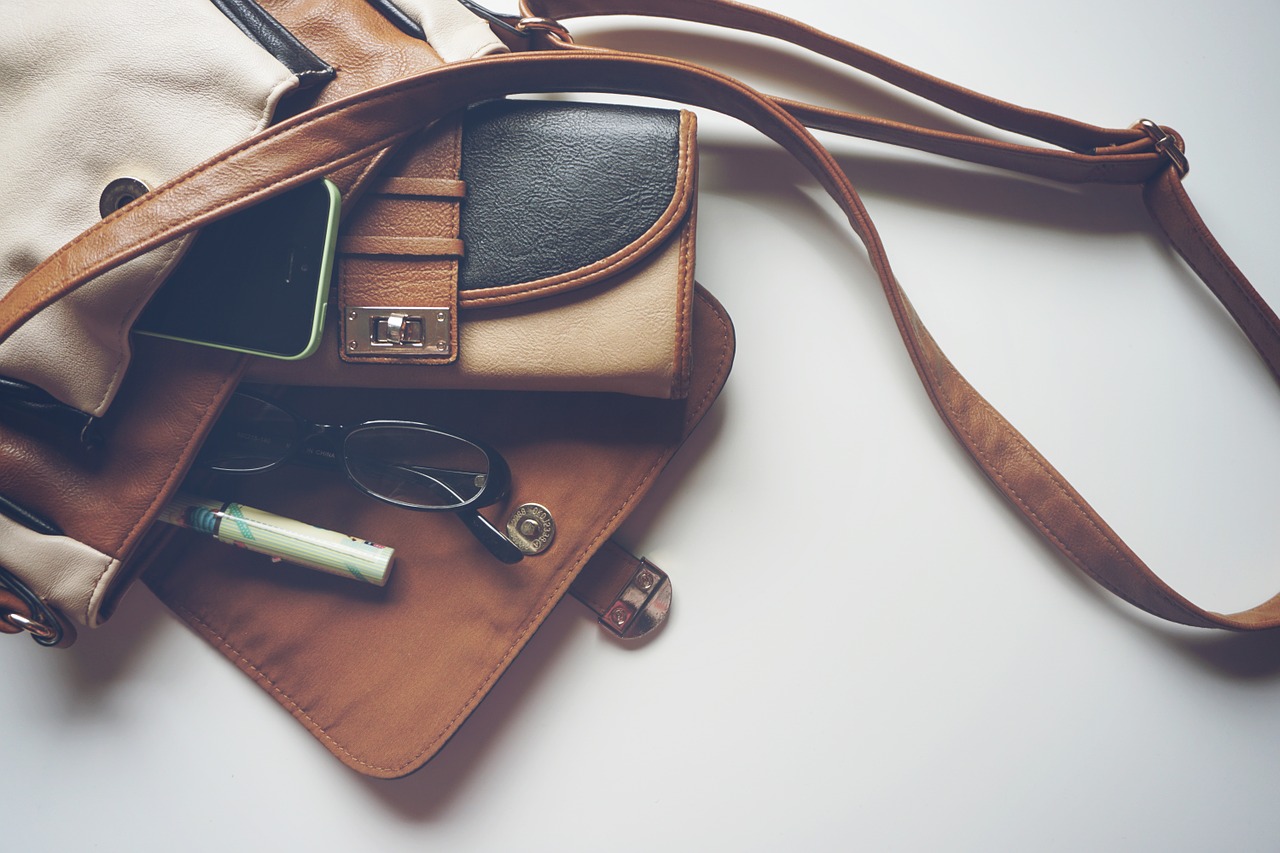 Recently I met a friend at a restaurant for lunch. We had planned this time long in advance and when she emailed the day before, I anticipated that she needed to reschedule because something must have come up in her schedule. Pleasantly, instead she was confirming the time and location. "I'll be there tomorrow and you know I wouldn't miss it!"

Neither of us missed it, as we were both on time and in the right place. We both knew the restaurant owner so we exchanged greetings with her before we sat down. Lunch ordering was simple because we both already knew what we wanted, as we've been there many times before. Although I didn't look at the menu, Sue did. Or tried to. In order to see if there was anything new on the menu she needed to use her reading glasses, and these were somewhere in her very large purse. She used the empty chair next to her as a purse table and she rummaged around inside the dark purse cavern. After a few moments of feeling items in the purse, she found the glasses case, put on her readers, checked the menu and quickly realized that nothing on the menu had changed, and she really didn't need her glasses after all.

Our lunch conversation continued as we took turns changing topics and sharing various details about all sorts of things. At one point she said, "Oh, I recently came back from Vienna and I brought some pictures to show you. I mean real pictures — not images on my phone." So it was back to rummaging through her purse once again and she finally emerged with a small photo album with a handful of 4X6 snapshots. Beautiful.

Following lunch, Sue decided to refresh her make-up, and where were her compact and lipstick? Correct. In the large purse, and it took some doing to find those small items.

When it was time to pay, Sue again dug in her large purse for her wallet. This time she pulled out a package of tissues, a wad of keys on a substantial key ring, the photo album, a first aid kit, hand sanitizer and a flashlight and laid those things on the table. Then she easily found her wallet smiling up from the bottom of the purse.

I looked down at my small, tidy and efficient wallet-on-a-string. That's all I ever carry for a purse. It's amazing what all Sue carried in her purse; not only was it a challenge to find anything readily, but also it had to be a heavy weight on her arm. I felt no pang of poor-me due to the paltry purse I carry. What is the phrase — "to each her own"?

[Sister Nancy Linenkugel is a Sylvania Franciscan sister and chair of the department of Health Services Administration at Xavier University, Cincinnati.]

Spirituality | It's not my bag