This week a new study was released by the International Center for Tropical Agriculture, exploring the origins of different foods around the world, and how far they travel to get to consumers. Along with the research, which can be found in detail in this report, the center created an interactive map that shows which food products are native to which regions. The map can be accessed through this article. In general, the report found that geographically isolated regions such as North America and Australia rely the heaviest on foreign foods. Foreign crop use is lower in areas like Asia, where more natural crop diversity is found.

The study explored both the importing and production of foreign foods. For example, North America grows a lot of corn, sweet potatoes and potatoes, though those foods are not actually native to North America. North America also produces large quantities of grapes, apples and lettuce, foods are native to West and Central Asia.

The study aims to shed greater light on the ongoing globalization of food systems worldwide, and encourage international collaboration on resource conservation and exchange. This week's #3Stats are taken from the report's findings. 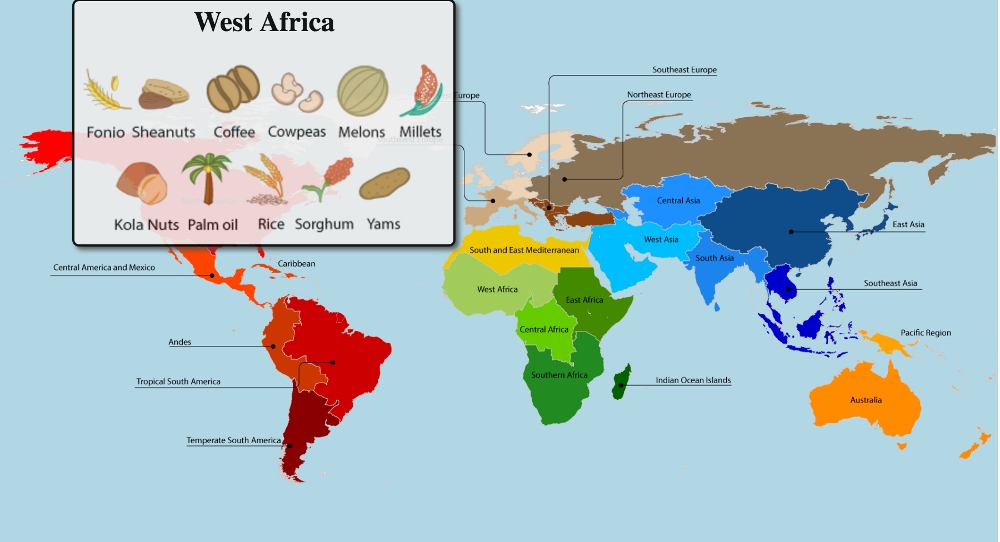 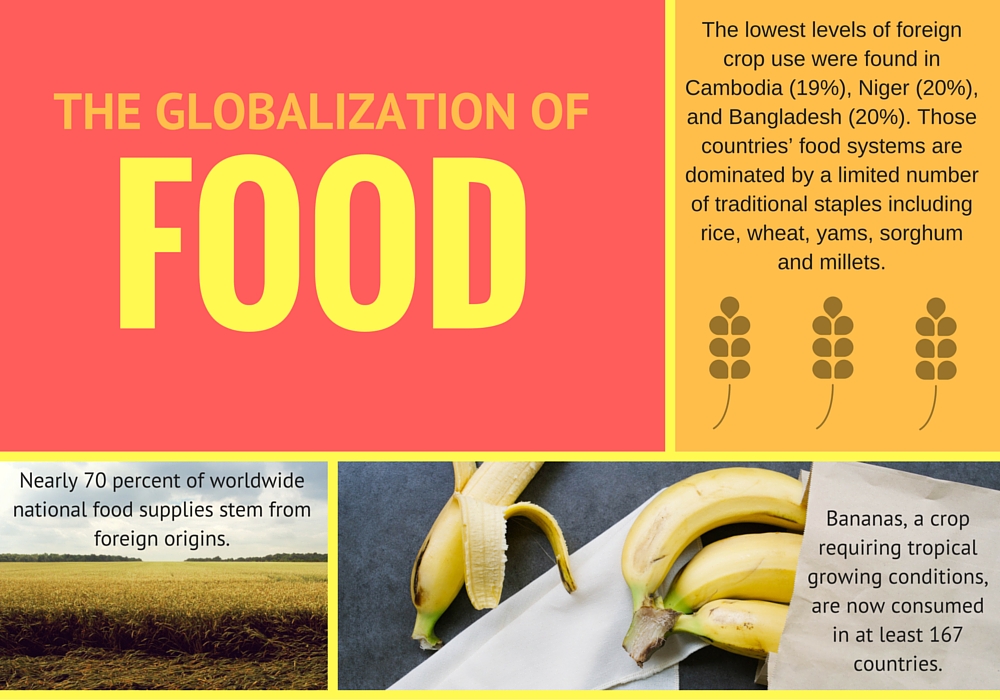