A look at the map, also created by Feeding America, gives a sense of the different rates of hunger in individual states and counties throughout the U.S.

"This new research documents the pervasiveness of hunger in every community in our nation," Diana Aviv, CEO of Feeding America, said in a statement.

"While the economy has improved and unemployment rates have declined, many people are still struggling to access adequate amounts of nutritious food for their families."

Look to this CityLab story for more information and analysis on the findings, and our graphic below, which pulls #3Stats from Feeding America's findings. 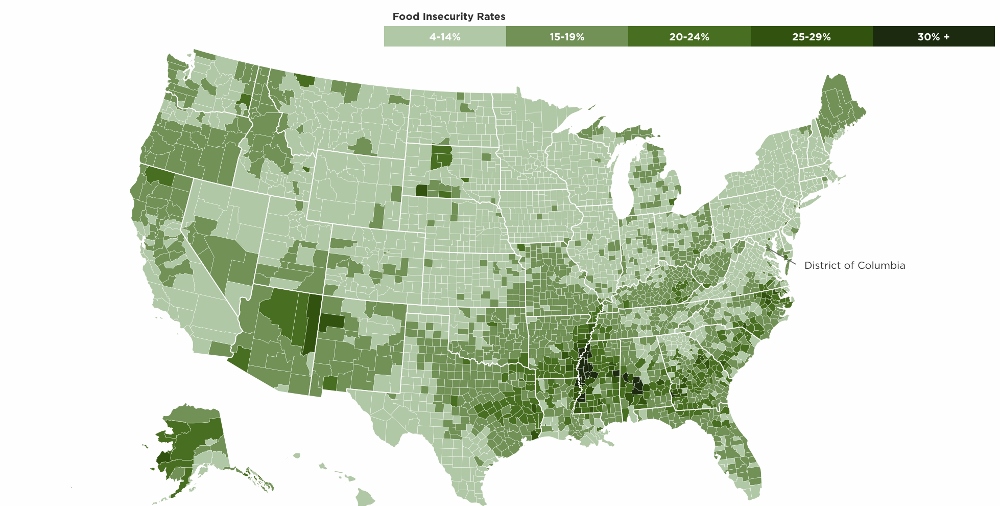 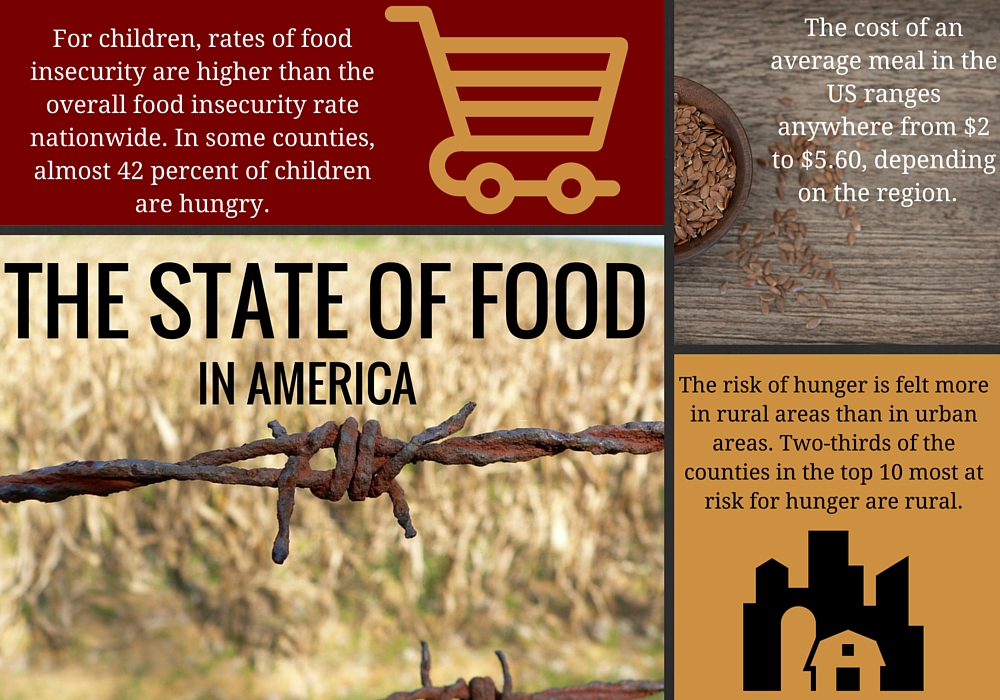