When describing the sight of the first nuclear detonation in history — the Trinity test, carried out by the United States Army in 1945 — nuclear scientist Robert Oppenheimer reported to have famously quoted the Hindu sacred text, the Bhagavad Gita. "Now I am become Death, the destroyer of worlds."

Earlier this year, North Korea conducted its fourth nuclear test, taking it a step closer to developing nuclear weapons that could strike the U.S. mainland. The tests themselves could potentially affect the magma of the Mount Paektu volcano on the border of North Korea and China, causing a volcanic eruption.

North Korea is only the latest country to have developed nuclear weapons — the problem is larger than any isolated example. No matter which country is developing them, nuclear weapons are deathly dangerous to our planet — they are tools that could very literally destroy the world. Many women religious dedicate their lives to standing up for peace and fighting against nuclear weapons, such as Sr. Megan Rice, whose dogged determination to rid the world of nuclear weapons resulted in over 40 arrests as well as jail time.

We dedicate this week's #3Stats to nuclear weapons, and on a related note, this map, created by Esri UK, shows every nuclear detonation in history. Hover over any mark on the map for information about the particular weapon and its purpose. 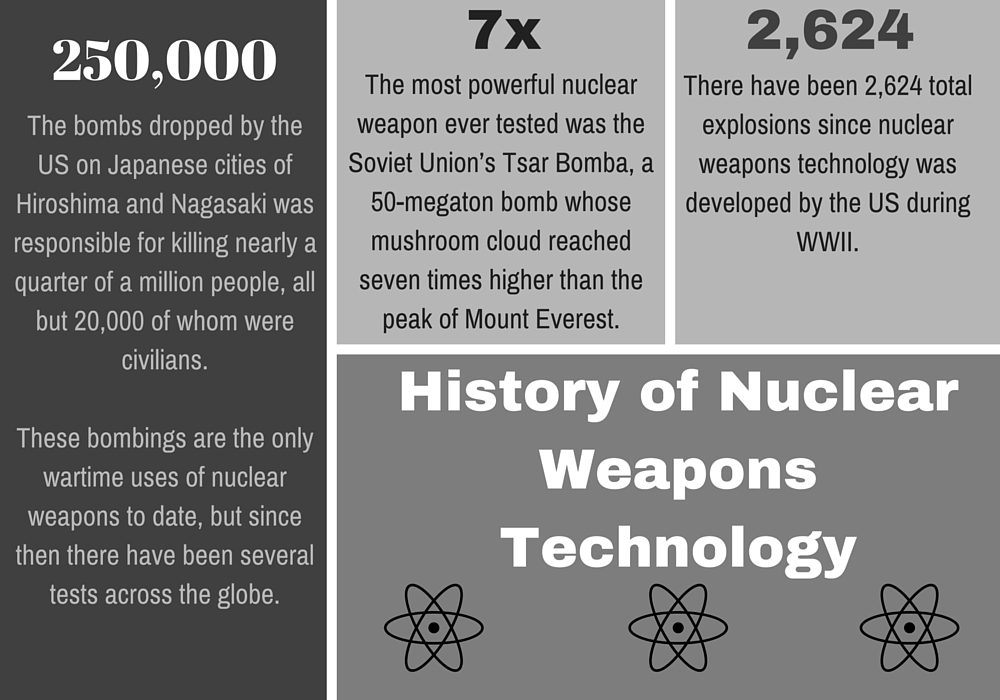