This week the website Gocompare.com published an interactive map using light-up features to show which countries in the world are reliant on different sources of energy: nuclear, fossil fuels, and renewable.

The map also features sidebars giving extra details about energy initiatives in different countries around the world. While it's clear that much of the world is still primarily reliant on fossil fuels and nuclear power to meet its energy needs, it's encouraging to read about efforts different countries are making to transition to renewable energy. Even though there's a long road ahead, at least the global consciousness is shifting towards renewable energy, slowly but surely.

This week's #3Stats uses data pulled from the Gocompare research, written up nicely on Ecowatch, to show which countries are leading the charge — and which are making the effort, even if they have a long way to go — towards relying completely on renewable energy sources. 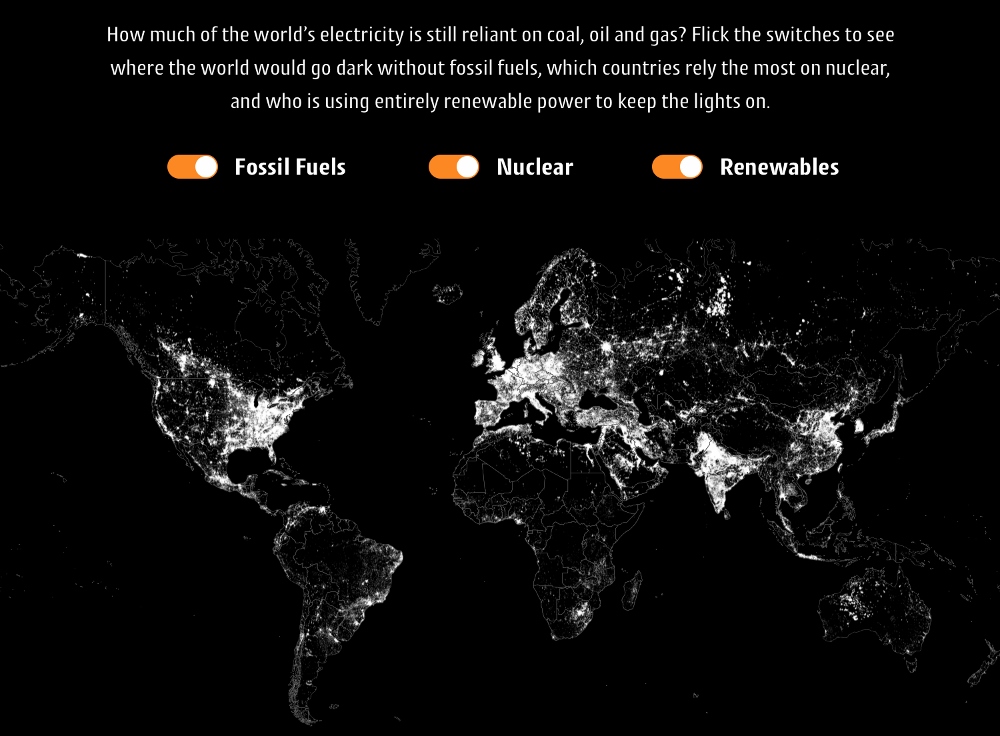 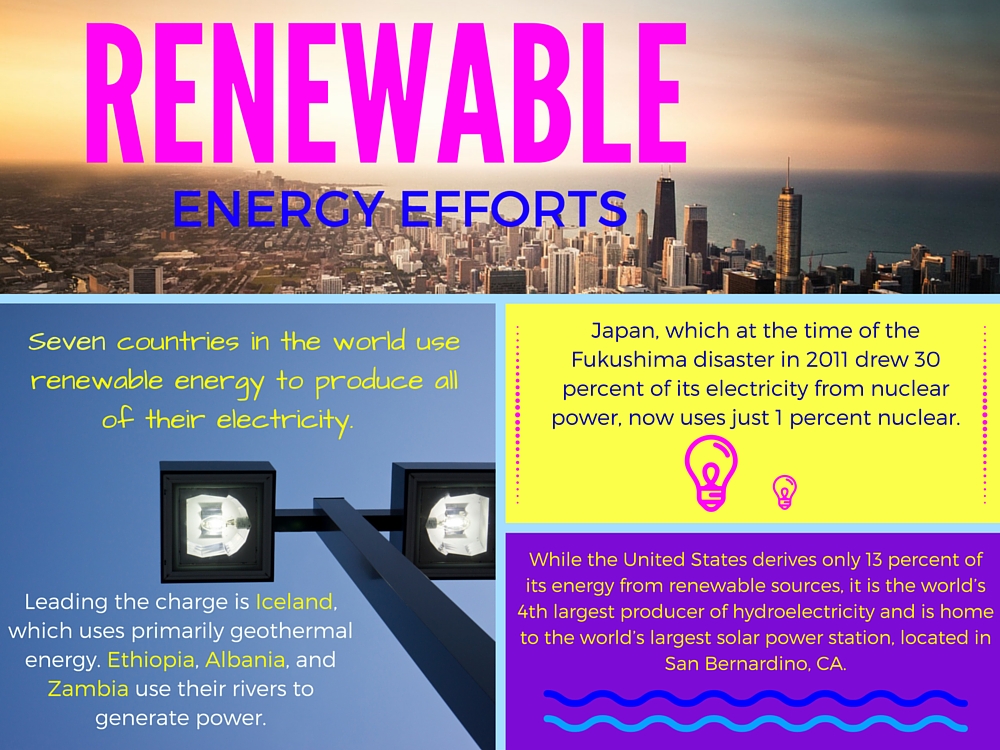