Buddhism came to this Southeast Asian nation as early as the 5th century and became the official state religion in the 13th century, its footprint since permeating the culture.

Christianity, by comparison, has had only a modest impact.

The French arrived in the mid-19th century subjugating Cambodia, along with Laos and Vietnam, taking each nation into their imperial empire. With these settlers also came missionaries and new rounds of conversion efforts. These had far greater success among the Vietnamese than the Khmers.

The French imperial era ended in 1954 when the French army was defeated by the Viet Minh in Vietnam at Dien Bien Phu.

By the early 1960s, Cambodian church records listed only 22,000 Catholics among Cambodia’s 5 million population, with more than two-thirds of these still being Vietnamese living in Cambodia.

As the Vietnam War expanded, neighboring Cambodia, led by Prince Norodom Sihanouk, a royal family member with the title of Prime Minister, wanting to maintain a state of neutrality. One step he deemed necessary was to expel foreigners, including missionaries. This action gutted church functions.

In 1970, with Cambodia increasingly being sucked into the Vietnam War, the prince ordered all Vietnamese out of his nation, further depopulating the church.

Khmer Catholics, relatively few in number, found they were left on their own and soon faced widespread martyrdom.

It was in 1975, with the collapse of U.S.-led military forces in Cambodia and Vietnam, that the Khmer Rouge, a wildly savage and ideologically motivated communist force, gained control of Cambodia, forcing the evacuation of cities and instating hard labor in the countryside for all. Pol Pot, a former school teacher, headed the Khmer Rouge and ordered the extermination of all foreign influences, including Cambodians “tainted” by such influences, among these many Catholics. Religion was forbidden in the “new” Cambodia.

It is virtually impossible to understand Catholicism in Cambodia and the work of missionaries there today without looking back at Cambodia’s complex history and its dealings with foreigners and foreign missionaries.

It is also impossible to understand the work of the missions here without considering the revolutionary change the Second Vatican Council ushered in among the missions. Call it a shift from “head count” to “witness” mission.

Each does basic social development work involving health education and individual and family counseling. Most of their efforts focus on children from very poor families.

Sr. Eulie leads a group of four Daughters of Charity work in this capitol city. Her group includes two other Filipina sisters and one Thai sister. They live in a modest dwelling in an area of the city known for its karaoke nightclubs.

As we were arriving at their home, two-dozen young children temporarily stopped their studies outside on a walkway adjacent to the building to offer a warm welcome in their best English: “Hello. How are you today?” they said in unison.

A few minutes later, as we spoke inside, they sang, “If you’re happy and you know it, clap your hands.” The children develop their English language skills by learning simple English-language songs, Desacula explained, adding they are the children of local street vendors with no formal education and would otherwise have little hope of ever getting any.

The Daughters of Charity have been in Cambodia for nearly 15 years. Sr. Eulie has been in Cambodia for 10 years. The sisters have made friends with local families – all among the poorest in the city – by making individual visits to the families. They have recruited the children and now hold morning and afternoon English and Cambodian language classes for them.

The sisters also teach basic hygiene and self-respect. Most of all they exhibit generosity and care and hope these examples take hold on the children over time.

Twenty-six children arrive in the morning for classes, held just around the corner for the sisters’ front door, behind a tall wall. Sixteen come in the afternoon. The idea is to give these youngsters a chance at breaking out of poverty, both of spirit and social place.

Speaking of the children, Sr. Eulie, an energetic, easy mannered and focused person, said: “We want them to grow as persons with confidence and love for themselves.”

Fifteen kilometers (about 9 miles) outside the city, not far from the airport, in an area where factories are growing quickly, building on cheap labor, the sisters have another center.

Successful social work involves understanding basic local needs. Local factories hire by contract. When the work is finished, the workers are dismissed. This leads to a lot of temporary work – and frequently uprooted (and uneducated) children. Most schools do not let children transfer. Parents who work in local factories, then, being mobile, cannot send their children to school. Instead, they often leave them locked in rooms during the day for their own protection.

Some of the parents the sisters work with support themselves by working garbage dumps. These are among the poorest of the poor in Cambodia.

“It’s dangerous for these children to be left all day,” Sr. Eulie told me. “So we try to encourage the parents to send their children to our center for schooling.”

The sisters have 70 children, ranging in age from three to 15, at this airport center. It’s an area of town, well of the main road, reached by winding through narrow dirt roads. It’s also a drug-infested area, the sisters say. Part of their efforts is to keep the teen children off of the widespread drugs.

Factories hire girls beginning at the age of 15. Poverty spawns complex personal and social challenges, including early pregnancies and family breakdowns. The sisters’ social work includes counseling and takes on many forms of assistance.

The afternoon I visited the center several English classes were taking place and a volunteer French doctor was working with the sisters providing individual physicals. The children were cheerful and eager to show off their English skills by taking turns reciting the English alphabet.

The sisters have also formed a youth group so older children can stay in touch.

“We work with parents to offer their children further opportunities for studies after they leave our classes,” Sr. Eulie said. “Some have gone on to become successful leaders, holding positions as teachers and administrators in schools.”

Asked what she finds most satisfying in her mission work, she said, “When I see change in the person. When I see a child begin to smile, begin to feel confident.  They look different. They learn to read and write. . . . Yesterday I met one father who said his child went back to their village and now is fourth in his class. He was proud of the changes in his son. This gives me a lot of satisfaction.”

The sisters say they are encouraging their congregation leaders to allow them to stay in Cambodia indefinitely. “Development of mission is served by stability, language, and life style, and this takes time,” said Sr. Mercedes Disu.

This is mission work by witness, by example. So far, these Daughters of Charity say no local women have asked to join their order, but children have come back in their early adult years to volunteer with the sisters as an expression of gratitude.

“They help us by teaching or feeding the poor. They come here on a Sunday. So we continue to teach them our charism – the charism of Saint Vincent de Paul,” said Mercedes, adding, “One young girl now comes back and is the leader of one of the centers. She said, ‘Sister, you have changed our lives. We have never showed you gratitude. Let me help you this time.’”

[Tom Fox is director of Global Sisters Report and can be reached at tfox@ncronling.org.] 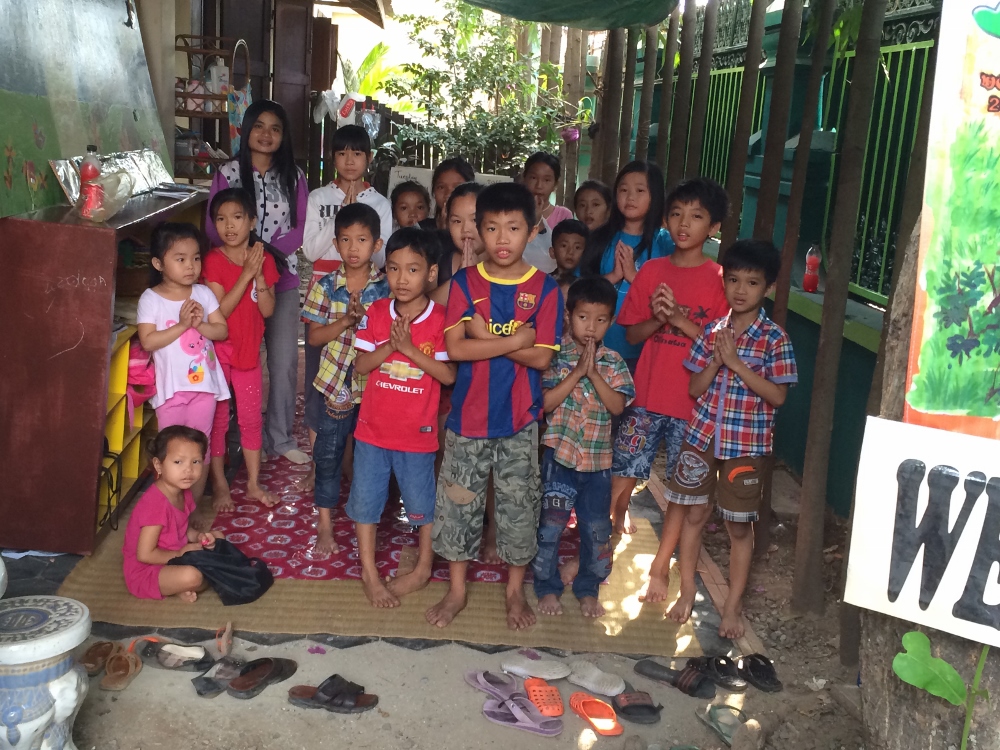 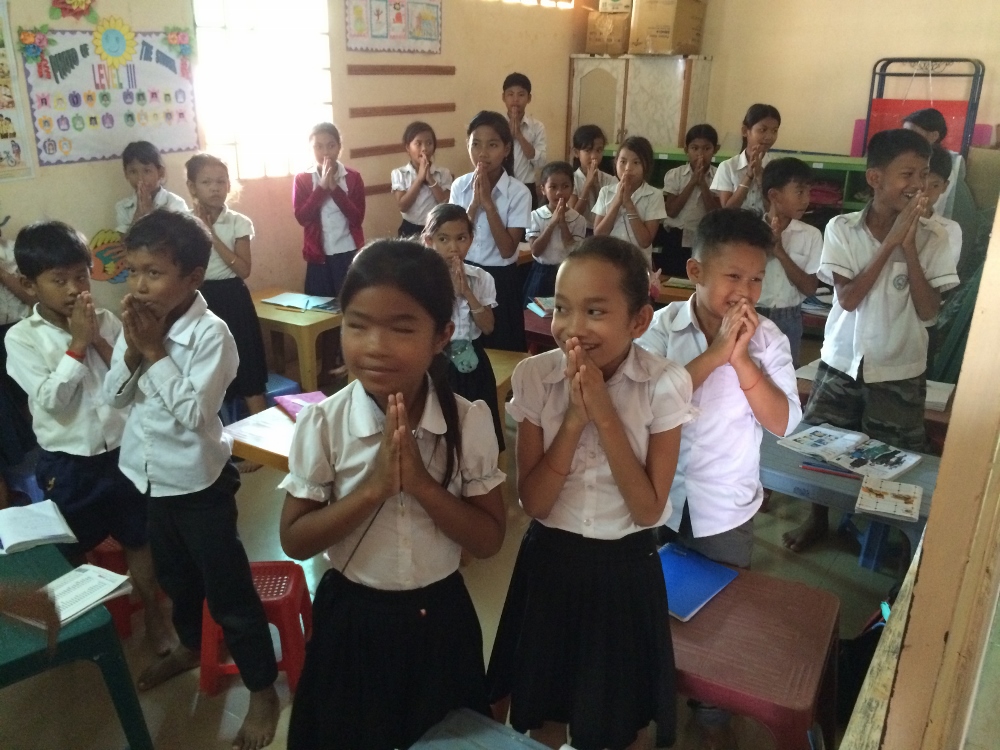 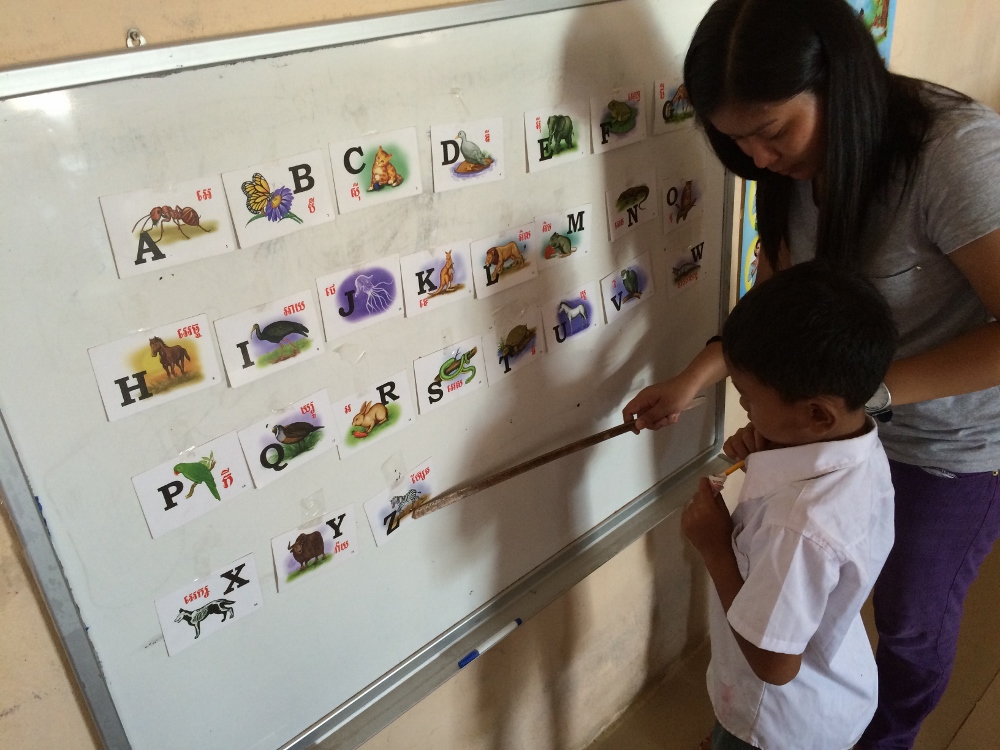 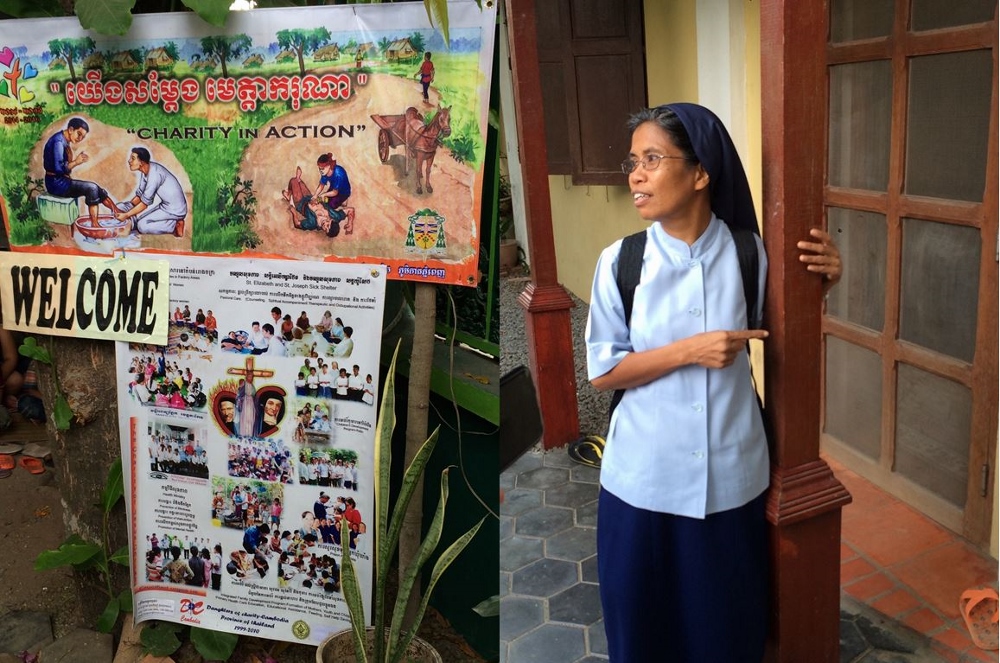 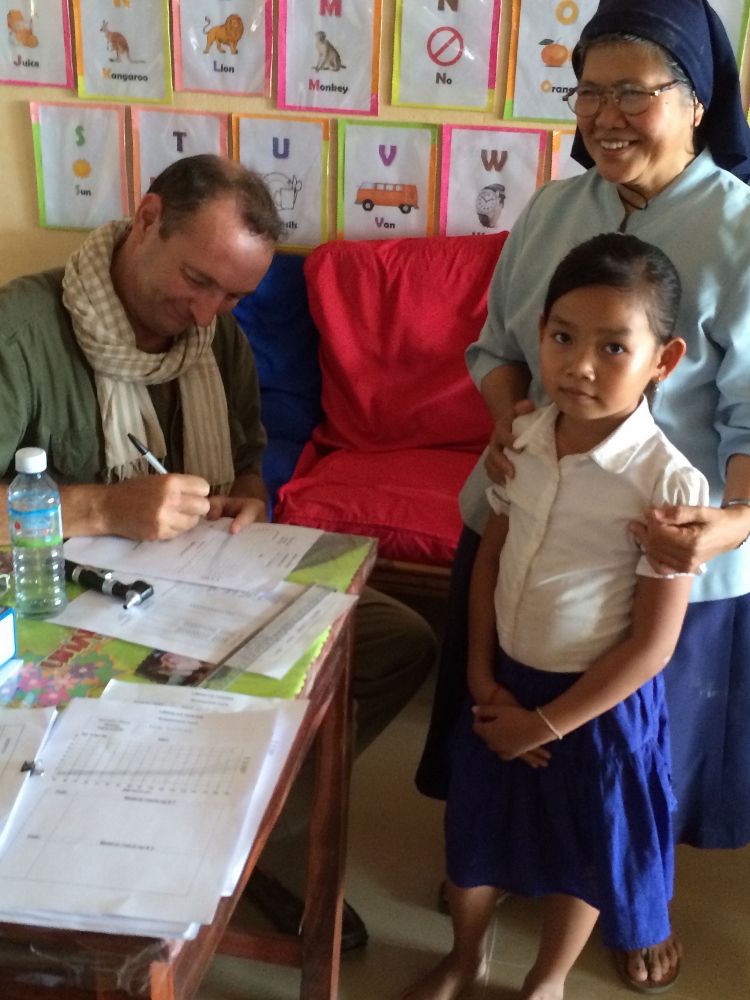