Ouseph Pappachan, a physically challenged farmer in flood-ravaged Kerala, says he and his wife are alive now because of Sr. Regin Mathew.

"I did not feel like living after floods destroyed all I had. But the sister convinced me there is life beyond such personal tragedies," Pappachan told Global Sisters Report. He is Catholic and lives in the Wayanad District of the southern Indian state.

Since 2000, hundreds of depressed farmers in Pappachan's district have taken their own lives, a priest in charge of Kerala relief efforts for the church says. Recent suicides mostly are attributed to flooding woes, but earlier ones have been due to factors like crop failure and debt.

Pappachan was among more than 1 million people who took refuge in relief camps as unprecedented floods battered 12 of Kerala's 14 districts during July and August, overwhelming the region’s dams.

On Nov. 27, Kerala Chief Minister Pinarayi Vijayan told the state legislative assembly that the state incurred an estimated loss of about 310 billion rupees ($4.36 billion) because of the floods.

Incessant rains, pushing water levels above the danger marks, forced Kerala to open 35 of its 58 dams in a frantic move that left no time to evacuate people before the onslaught. Authorities, who were waiting fruitlessly for the monsoons to subside, said the dams were close to bursting and they were left with no other choice. Nearly 2,000 landslides in the hilly districts of Idukki and Wayanad added to the state's misery. The floodwaters damaged 75,000 houses and submerged more than 45,000 hectares, or 111,000 acres, of farmland.

At least 474 people died in the floods, most of them when the deluge was severest Aug. 15-20, says Fr. George Vettikattil, who heads the relief operations under the Kerala Catholic Bishops' Council, in the Syro-Malabar Catholic Church. The floods affected more than 5.41 million people, he estimates, based on data from various jurisdictions.

The church managed 4,094 relief camps that housed 1,080,700 people in collaboration with the state government. It also mobilized 3,000 traditional fishermen who rescued 60,000 people from marooned houses.

"We worked together to restore people who were at a crossroads," Vettikattil told GSR.

Mathew, a member of the Missionary Sisters of Mary Immaculate, and other sisters continue to help people such as Pappachan. The 45-year-old nun recalls finding him suffering from severe anxiety after the floods washed away his coffee trees, vegetables and cash crops on his half acre of land in Thavinjal village in Wayanad, about 200 miles north of Kochi, Kerala's commercial capital.

Mathew pointed out to Pappachan that he was not the only one affected by the floods. "I told him that he can recover everything provided he did not give up. We also promised him our help to restart life," she says.

Thousands of farmers require such special attention, especially in Wayanad District that has a history of farmers ending life because of agrarian crisis. From 2000 to 2015, more than 1,690 farmers in the district died by suicide, Vettikattil says.

The sister says she was shocked when she heard that 15 farmers in the Wayanad District died by suicide because of the recent floods. "There was an urgent need for the Church to intervene to boost the farmers' morale," she adds.

Mathew visits farmers' houses to console families of affected by suicide and identify those under stress. "We help them rebuild their shattered lives," she explains.

As Mathew and other volunteers could not reach everyone immediately, Radio Mattoli (which means "echo"), a community radio station for the Mananthavady Diocese, began broadcasting special programs to instill hope in farmers. The radio has 200,000 dedicated listeners, mostly farmers and indigenous people.

The broadcast highlights new methods of farming to help farmers improve their income.

The 40-year-old diocesan priest predicts the situation will get worse by March 31, 2019, the end of the financial year and the deadline for farmers to repay their agriculture loans.

As a solution, the diocese funds farmers to start income-generating projects such as rearing dairy cows, goats and chickens. "We leave no stones unturned to protect their lives," Kakkonal claims.

Philomena Antony, a member of Pappachan's village council, says that they approached Mathew for help after desperation among the farmers became alarming.

The council wanted the nun's team to prevent the village from having to report another farmer's suicide.

Mathew says flooding is not the only reason the farmers are distressed. They also suffer from alcohol dependence, chronic illness, family conflicts, marital disharmony and poor self-image because of poverty.

"The flood, however, has worsened their condition," she explains.

Church volunteers in other parts of Kerala tell similar stories.

Sr. Selma George, who works among flood victims in Changanacherry, a central Kerala region, says they struggle to give "a new lease on life" to the flood survivors.

Kuttanad, a low-lying region under the Changanacherry Archdiocese that is considered the rice bowl of Kerala, experienced floods three times this year.

So the church's immediate focus was to provide victims food and shelter, says George, a member of the Missionary Sisters of Queen of the Apostles. "But we also found that they needed mental and psychological support as most have no desire to live," the 35-year-old nun says.

Survivors are grateful. "We are alive because of the Catholic Church," Rosalie Antony, a widow who underwent counseling, says.

The resident of Poovan, a village in Alappuzha District, described George and her volunteer team as angels who helped when everything appeared lost.

"They cleaned our house and made it ready for us to move in. They provided us food and medicine and assured their support for us," says the 49-year-old woman, who works as a maid in several houses to feed her two grown up daughters.

George and her team spent time with the family and counseled them individually and collectively. "Sister told me to live for my children. Until now we were alone, now we have become part of a larger family," Antony adds.

George says her team spent time with traumatized people while addressing their immediate basic needs. "Action-oriented counseling has made wonders in their lives," she says.

Sr. Treesa Palackal, a clinical psychologist and Sacred Heart nun, came from Kannur, north Kerala, with 60 trained counselors and psychotherapists to work among those affected by floods in the Ernakulam District. They counseled thousands individually and in groups.

"Counseling and psychotherapy help the flood-hit people overcome their traumatic experiences during floods," she says.

Palackal's team worked with a group that had spent four days and nights on the terrace of a house as torrential rains submerged the surroundings.

"We can't explain their trauma. We had to conduct several rounds of sessions with them to make them normal," Palackal says, noting the positive change in their behavior.

Such efforts helped Kunnukara in Ernakulam District to be declared a trauma-free village on Oct. 2.

"More than 70 percent of our villagers had developed suicidal tendencies. The sister and her team spent 10 days helping people get rid of their depression," says C.U. Jabbar, chairperson of the village standing committee for development.

Fr. Vettikattil says the church's work is not over.

The 32 dioceses in the state plan to launch a 4 billion-rupee ($56.6 million) project to benefit flood victims, irrespective of their religion, Vettikattil adds. 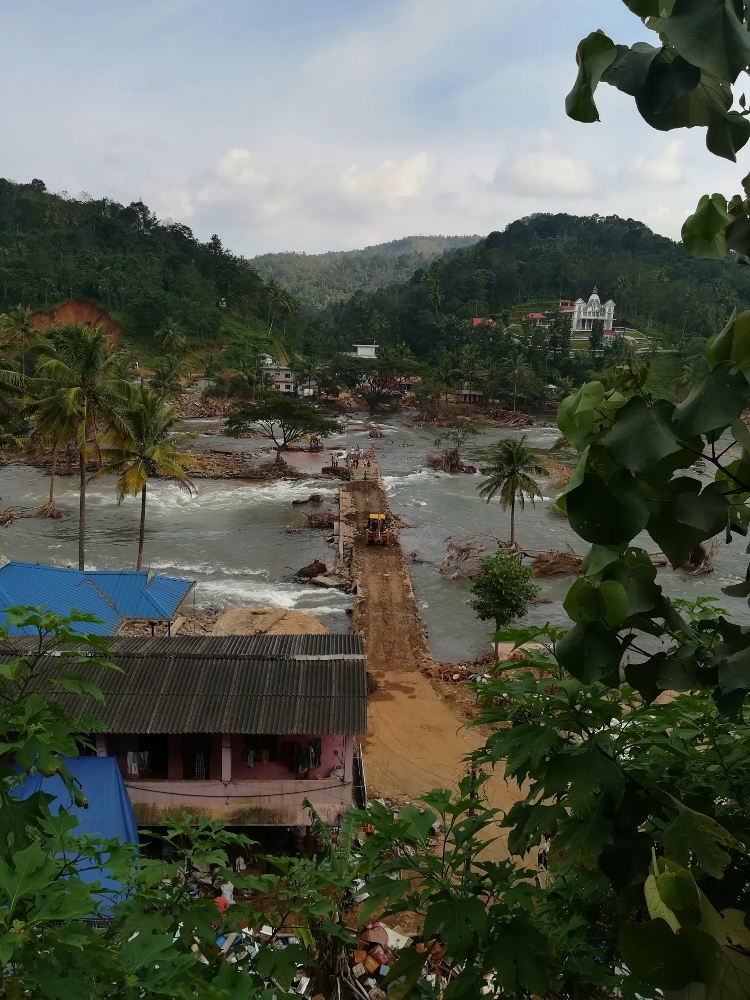 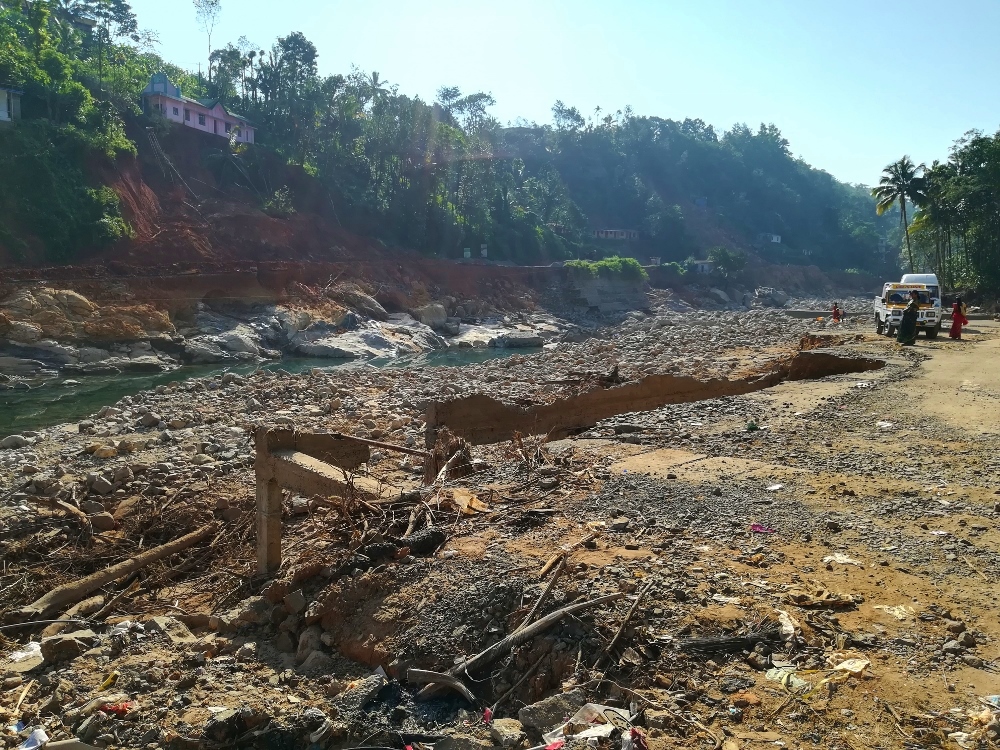 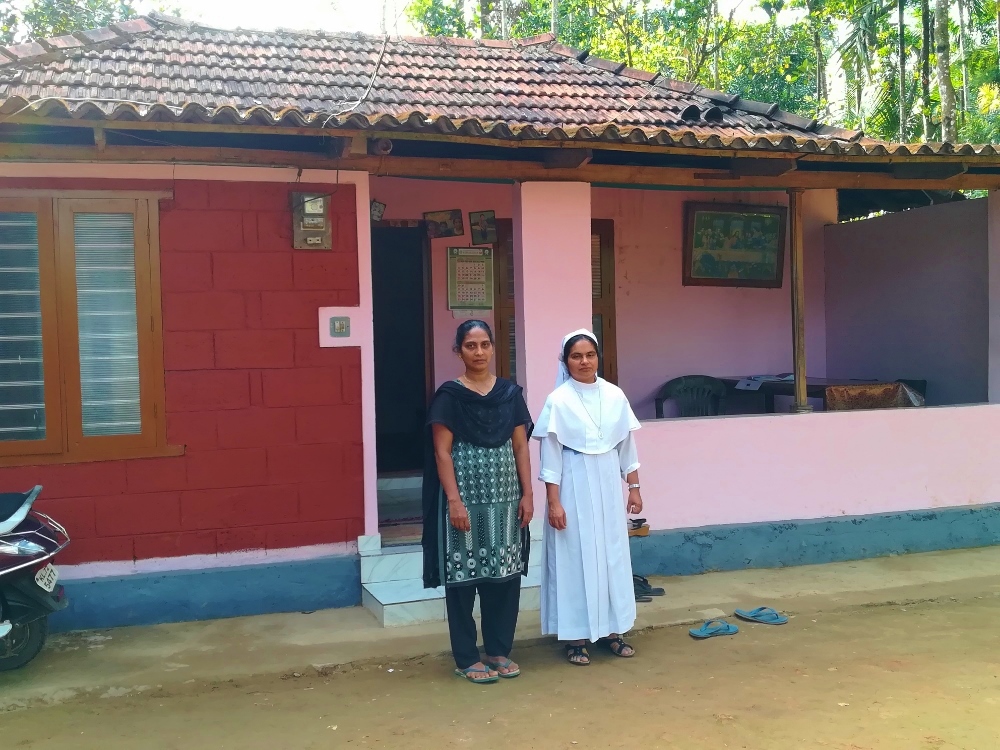 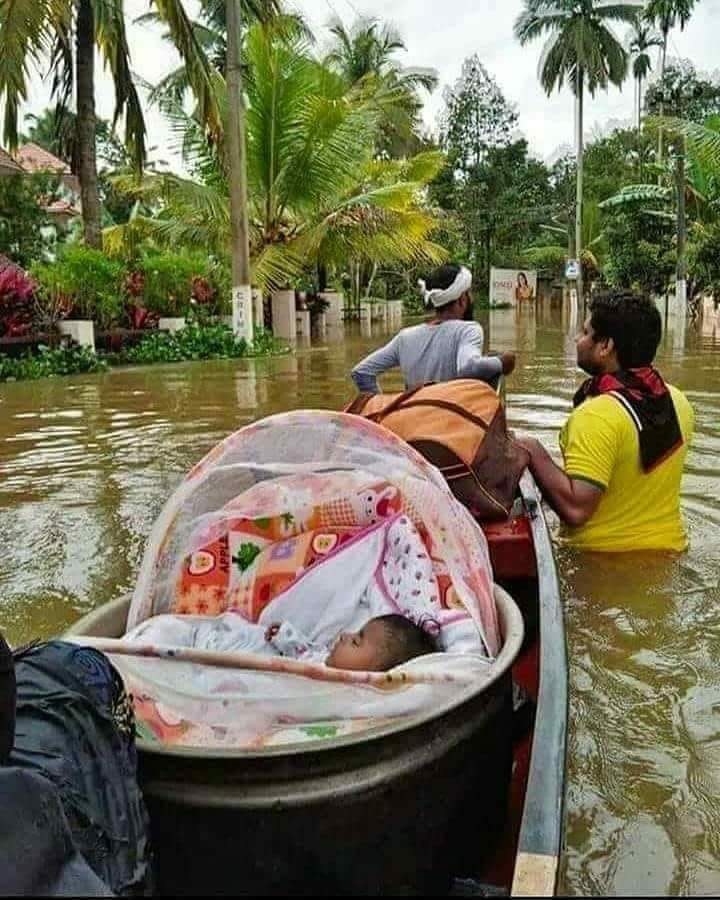 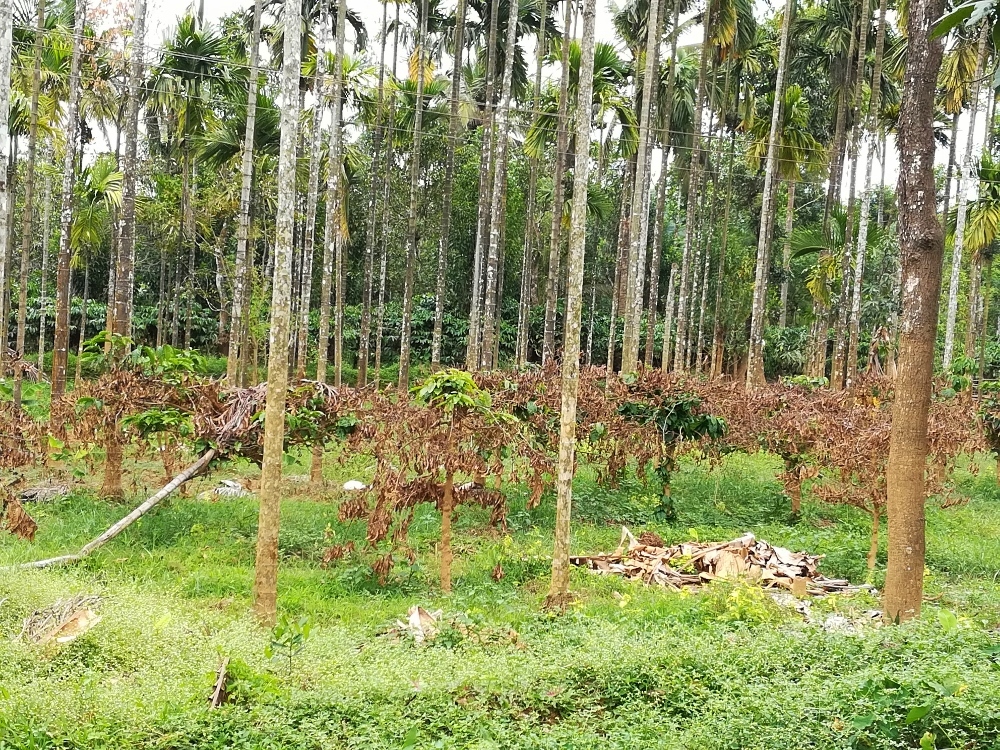