GSR in the Classroom

View the instructor's guide for this lesson

Alone or with a partner, consider the following: 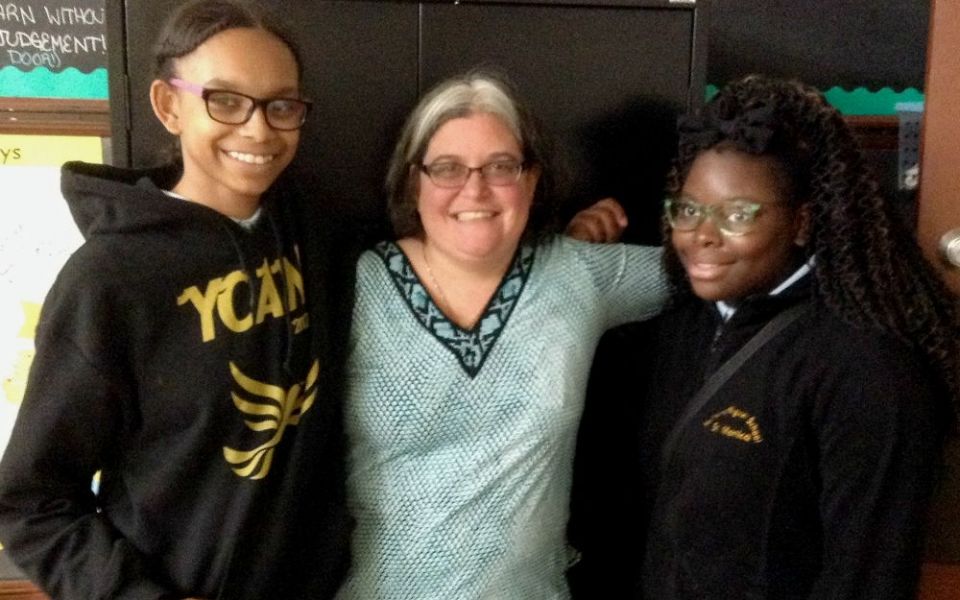 Keep in mind while you read

It's been said that "the unexamined life is not worth living." That means it’s important to reflect on our decisions, question our motivations and learn from our mistakes and our successes. The sister in this story helps her students reflect on their choices and experiences and, in the process, learns about herself and what motivates her.

The questions came fast as questions often come from eighth-graders. What should we wear? Can we have our cellphones? Can we bring snacks? Some of my eighth-grade students were preparing to attend a weekend retreat that focused on social justice and service.

The last question had me pausing to find the right words to answer. A student said, "Sister, I am not trying to be rude, but will there be only white people there?"

I responded, letting her know it was a possibility.

Another student said, "Well, it will be good practice for high school."

I had seen the retreat advertised and asked some of my students to attend. I was happy that they had agreed to go. They would learn about social justice and have an opportunity to participate in a service project.

poverty line: a guideline used by the federal government to determine whether an individual’s or family’s income level makes them eligible for assistance programs

I had not given much thought to the issue of diversity, of who would be on the retreat with them, when I asked them to go. The students I teach are all children of color from various ethnic backgrounds. They are primarily from families living below the poverty line.

I want my students to leave middle school with a solid education and good character. I wanted them to go on the retreat so they could continue to develop into good citizens as they become leaders in their communities. So, when the question came about color, it caused me to ask myself several questions.

Why should they have to practice being the only kids of color?

Why will they be one of only a handful of kids of color at their private high schools?

Why do we still have to ask these questions about inequality?

I find myself in a privileged and heart-wrenching place. I often witness the innocence of my students and the moments when some of that innocence is taken away.

My students, ages 10-14, often do not see themselves as poor. They come from struggling families but do not usually go hungry or without access to some technology. Some of them live in neighborhoods where drug dealers often protect them as they get off the bus. They do not see this as a problem. They do not know that there is a different way. They live in communities where everyone is in similar circumstances. Our school often provides them with glimpses of something different.

The retreat they attended was one of those times. The excited chatter and questions after the retreat were moments when some of their innocence disappeared. Experiences from the weekend gave them a broader understanding of their reality.

They had each gone to a service site on the East Side. The East Side is an economically disadvantaged community. It happens to be the exact community where my students live. They served at a community garden, a nursing home and a shelter.

They told me that some of the kids liked their service sites but were scared to be on the East Side. My students were trying to understand why they would be scared. Both sets of kids come from different circumstances. They struggled to understand the reality of the other.

These kids signed up for a "Young Christians at Work" retreat and, by doing so, they certainly had an opportunity to put their faith into action. Organizers had many activities planned to help the kids understand social justice, to help them learn how to break down barriers. They learned about the “two feet" of being a Christian: to be aware of and try to change social justice issues, and also to do service.

A gift of the weekend and something that organizers might not have anticipated was the uniqueness of each individual present, their willingness to embrace differences. At their young ages, the participants showed up and listened to each other. They were not separate from each other – a reminder that coming together can effect change.

I often think about ways I can be a part of change. I pray and reflect on how to live my life in a way that makes life better for others. I can become very busy with helping and forget to ask if what I am doing is actually what the person needs.

My students gave me an opportunity to reflect, to remember an important lesson. I can become more intentional about being in solidarity with others. I can work together with those who are marginalized and not just do things for them. I can help them feel empowered to stand up and work toward equality and against injustices.

I sent my students to the retreat to learn about Catholic social teaching, unaware that I also would come away with new learnings from their experience. 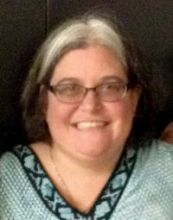 Jennifer Wilson, a member of the Sisters of Mercy of the Americas, is a middle school teacher at Nativity Miguel Middle School in Buffalo, New York. She writes for NCR's Young Voices blog.

This story began with some honest and important questions that students asked their teacher. It concludes with her reflecting on some important aspects of her own life.

As they continued their journey he entered a village where a woman whose name was Martha welcomed him. She had a sister named Mary [who] sat beside the Lord at his feet listening to him speak. Martha, burdened with much serving, came to him and said, "Lord, do you not care that my sister has left me by myself to do the serving? Tell her to help me." The Lord said to her in reply, "Martha, Martha, you are anxious and worried about many things. There is need of only one thing. Mary has chosen the better part and it will not be taken from her."

Do you think Jesus cared more about being fed or feeding others?

Both Martha and Sr. Wilson followed and served Jesus with dedication but were called in different ways to serve with deeper focus.

"Of course, racism will not end overnight. Still, we pledge these actions and hope that more actions will follow. We instruct our priests, deacons, religious brothers and sisters, lay leaders, our parish staffs, and all the faithful to endeavor to be missionary disciples carrying forth the message of fraternal charity and human dignity. We ask them to fight the evil of racism by educating themselves, reflecting on their personal thoughts and actions, listening to the experience of those who have been affected by racism, and by developing and supporting programs that help repair the damages caused by racial discrimination."

From "Open Wide Our Hearts: The Enduring Call to Love," by the United States Conference of Catholic Bishops, 2018

Sr. Wilson’s congregation, the Sisters of Mercy, began by serving poor people in Ireland, then continued that ministry in the United States more than 175 years ago. Today, they are involved in a wide variety of service around the world. Click here to learn more about the five critical concerns identified by the sisters.

Social justice and service retreats, such as the one Sr. Wilson's students experienced, are great ways to focus more clearly on God’s call for you. See if your parish, Catholic school or diocese sponsor justice and service activities. If not, work with your teacher, campus minister or parish youth ministry leader to explore opportunities. Young Neighbors in Action and Just 5 Days are two strong options.

Lord, you are with us always,

but sometimes we lose sight of you.

You teach us that we serve you when we serve the least of our sisters and brothers,

but we often miss the mark, drifting toward what best serves us instead of what truly serves them.

Give us the wisdom to examine what drives us, and to listen to the needs of those we hope to help.

Guide us, Lord, to choose the better part.

Tell us what you think about this resource, or give us ideas for other resources you'd like to see, by contacting us at education@globalsistersreport.org