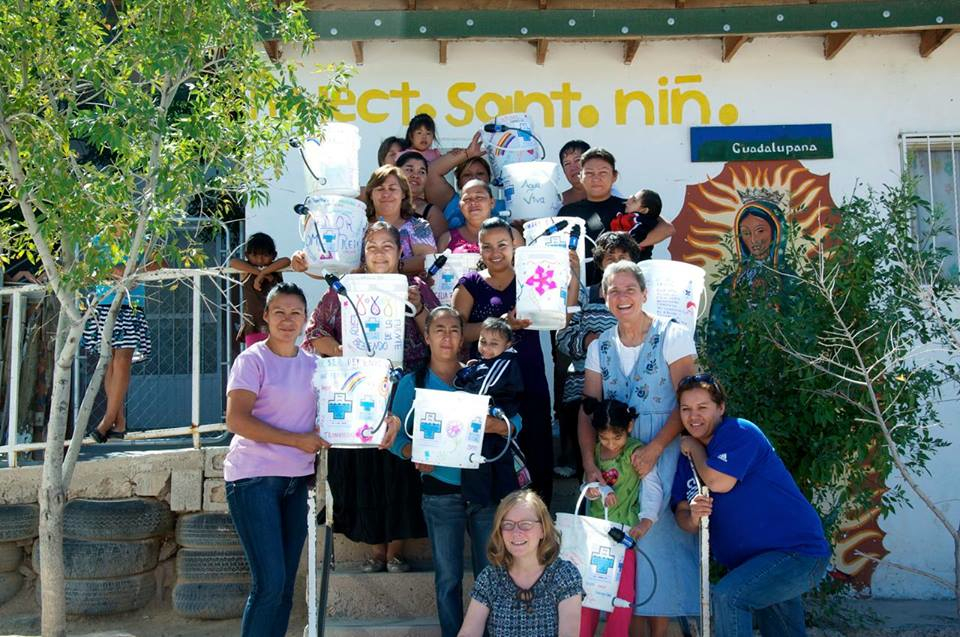 Mothers at Proyecto Santo Niño, a center for children with special needs in a colonia on the far west reaches of Cd. Juarez, have learned how to use Water with Blessings' electricity-free filtration system to convert dingy "tap" water into clear, clean water.

I live at the corner of the United States and Mexico, just at the point where the Rio Grande makes a sharp turn to the southeast and becomes the border between our two countries. To my disappointment, the riverbed is empty again after an oh-so-brief summer season of irrigation. We enjoyed water in the great river from late May until early August. The drought of the past six years has severely lowered the water levels in the reservoirs along the Rio Grande, causing the authorities to cut back the allocations to farmers and municipalities, hence the dry riverbed that will soon become littered with tumbleweeds and trash.

Living in the desert where we can expect 300-plus days of sunshine and nine inches of rain a year, water is not something we take for granted. It comes as no surprise that water is predicted to become the most critical commodity of the 21st century. During the next nine months as I drive over that dry riverbed to and from El Paso, Texas, I will start to wonder if there will ever be water again. The words of Bob Hurd’s song will bubble up in my heart: “Flow river flow, flow over me; O living water, poured out for free. O living water, flow over me.” And when the water is finally flowing again, not just in the Rio Grande but in all the irrigation ditches that crisscross our neighborhood, then the desert will blossom, as it does now with cotton and chile, alfalfa and pecans. 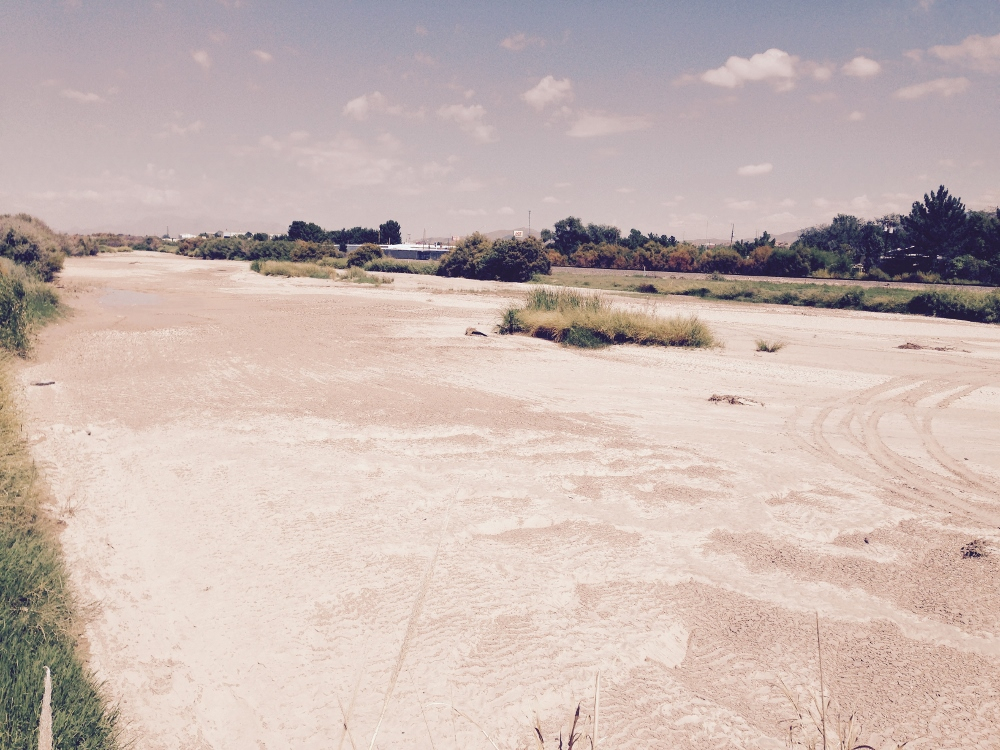 This is what the Rio Grande River looks like in late summer after it has been pumped dry to irrigate crops. 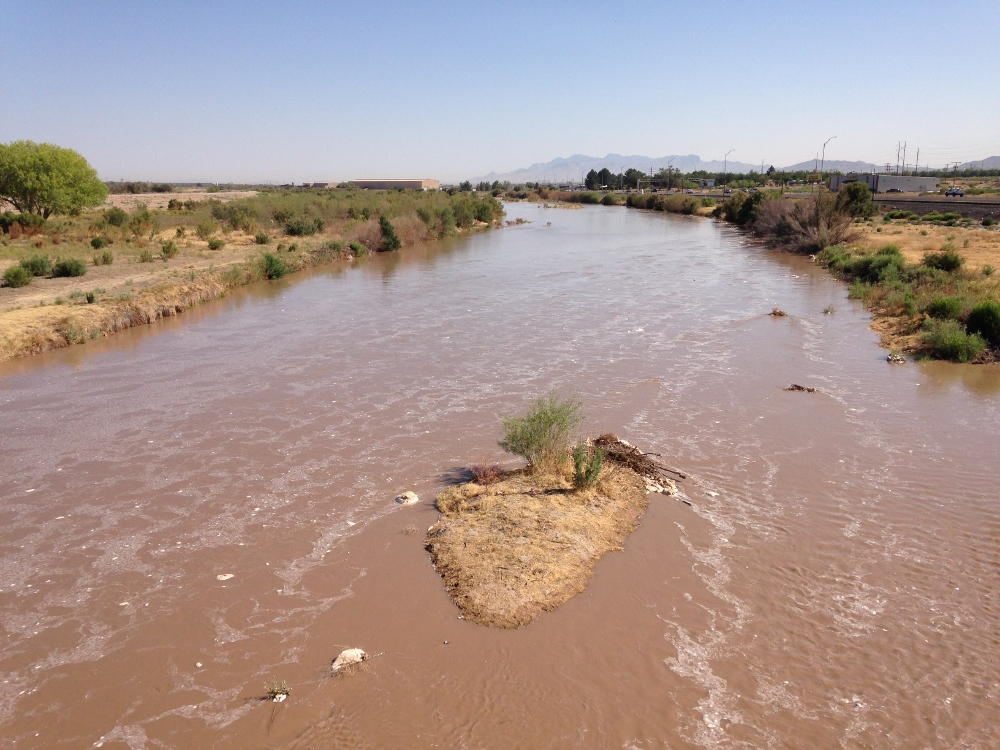 The Rio Grande has water in it only part of the year in many areas.

The difference in landscape and lifestyle due to the availability of water is striking as you drive south along the river towards the border. Colonias, the poor rural neighborhoods on the outskirts of both El Paso and Ciudad Juarez, have variable access to all utilities but most critically, water. In 1995 we built a primary care clinic at the end of the water line for a tiny town southeast of El Paso. It was central to nine colonias, and only one had water service when we started. Our patients used to fill their jugs and water barrels from the spigot behind the clinic. Concern for the safety of water supplies in the home led us to offer educational programs specifically directed at those practices and to help communities access grants for household water tanks and pumps. Finally in September 2013 the last of the colonias was connected to the municipal water supply. What a celebration we had!

The situation in Mexico is of course even worse. At Proyecto Santo Niño, a center for children with special needs in a colonia on the far west reaches of Cd. Juarez, we have running water but the quality is terrible. Sometimes we wonder if the children need a bath after they finish therapy in the jacuzzi — because the water coming from the faucet is so dirty. Last year when our congregation became a partner in the Water with Blessings program created by Sr. Larraine Lauter, OSU (Mt. St. Joseph, Kentucky), we were first in line to participate. The program connects mission-minded donor groups in the U.S. with mothers of small children in developing countries where water quality is poor. The mothers are trained as “Water Women,” learning to use a simple but effective water filtration system that is portable and requires no electricity.

The mothers of our fragile children at Santo Niño were eager to become “Water Women.” The training includes a reflection on the story of Jesus and the woman at the well, focusing on the gift of living water that the woman shared with all her neighbors. Each Water Woman makes a commitment to filter water for at least three other families in addition to her own and to teach what she has learned about water and health.

As we demonstrated how the filtration system worked, the women were amazed to see the dirty water from the faucet streaming crystal clear from the filter into a glass. Still, they were skeptical. The taste was a bit different from what they were used to. But the fact that they could provide clean water for their children without the cost and the effort of hauling the heavy five-gallon bottles from the store was a huge incentive. Now in the heat of the desert summer, the risk of dehydration increases for everyone but in particular our special children, many of whom can’t tell us when they are thirsty. The blessing of pure filtered water, readily available in the home, has never been more appreciated. 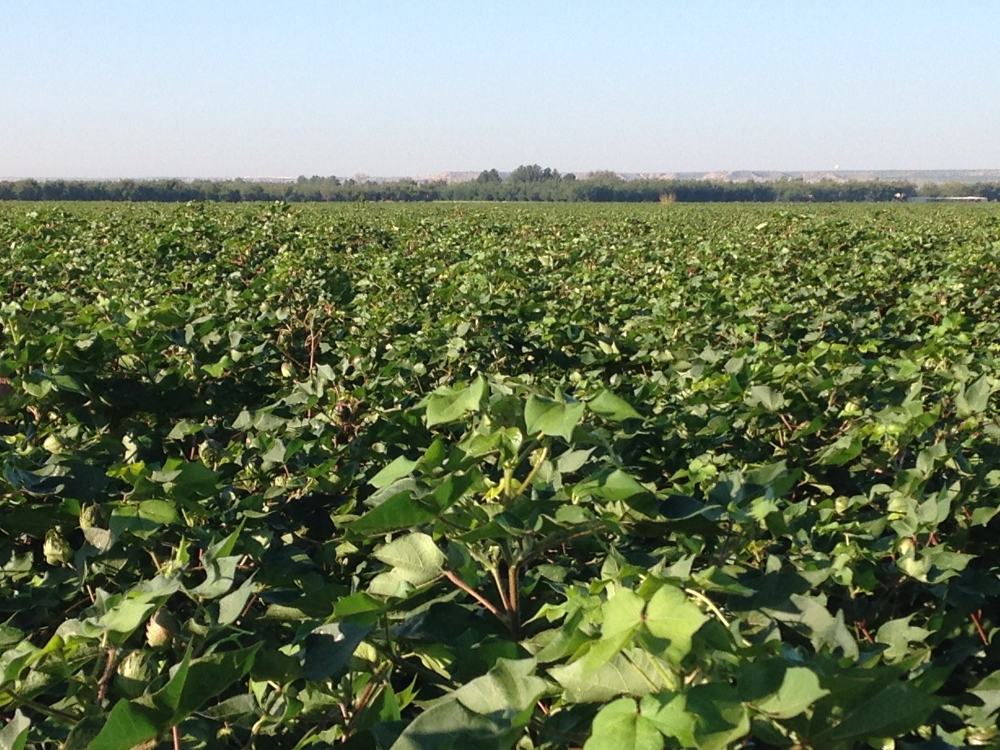 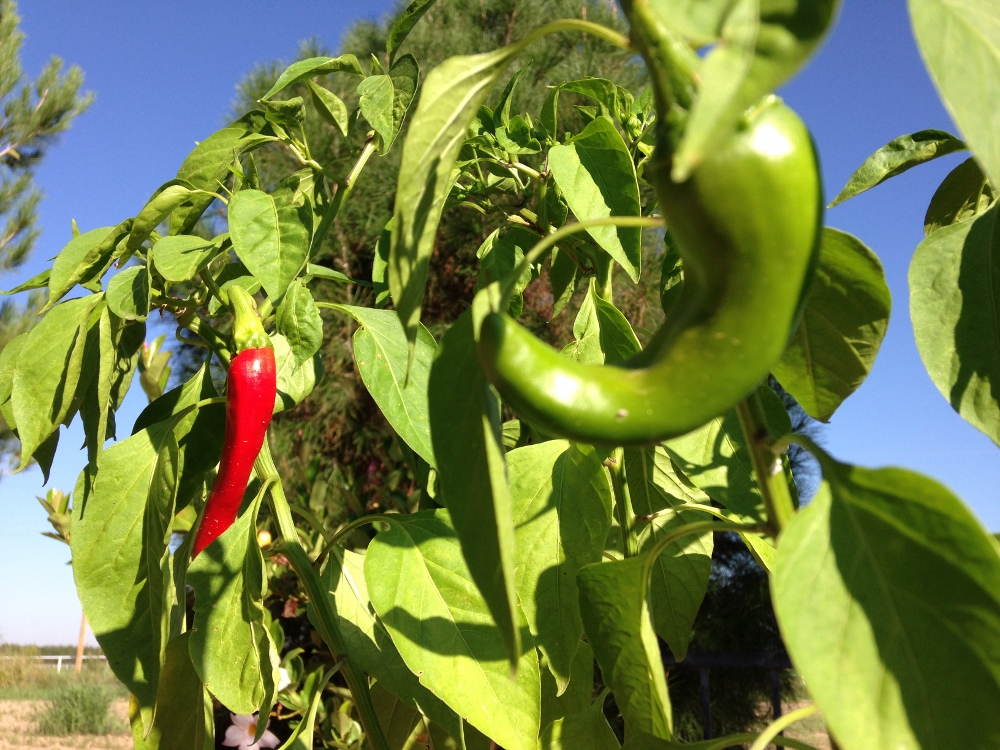 Chile pepper plants benefit from the water of the Rio Grande.

Clean water is God’s gift to us and everyone has a right to it. It is a precious and necessary resource that we must steward for the common good. The disappearance of water in the Rio Grande has reminded me of these connections between people who live at the margins. Who thinks of them? Who keeps them in mind? Pope Francis has challenged us to go to the margins. “Flow river flow, flow over me; O living water, poured out for free. O living water, flow over me.”  When I allow myself to be stretched across borders, the living water wells up within me and overflows. I am blessed to live here, at the corner of the United States and Mexico.

Climate change could mean extinction for many animals