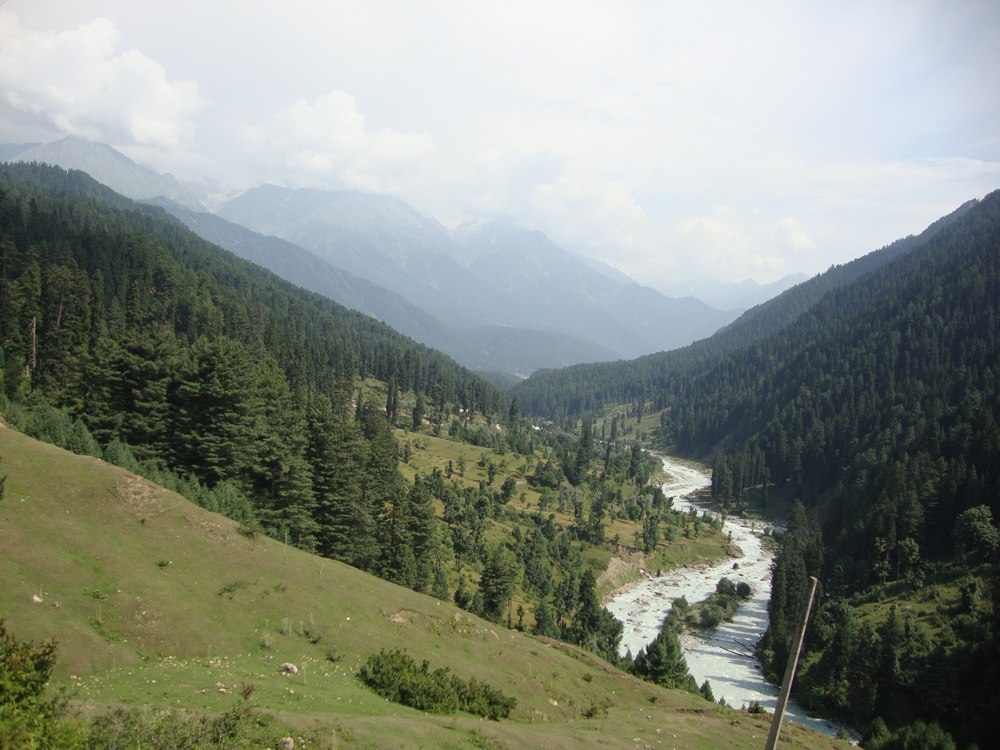 Provided photos from the author show the diverse beauty of the nation of India. (Dorothy Fernandes)

Did you know that India has been one of the largest and most successful democracies of the world? But it alarms me that in recent times there appears to be a threat to the very fabric of its society. There are many factors that seem to be trying to change it from an inclusive social welfare state to an exclusive community.

India, the land of my birth — so rich in its diversity, so harmonious in its well-being and so spiritual in its geographical setting — is on the road to destruction. It is ironic that this is happening when we are celebrating the centenary of Mahatma Gandhi’s Satyagraha (from Sanskrit, meaning “truth force”): a word coined by Gandhi, and used in his nonviolent civil resistance against colonial rule in the Indian independence movement.

Perhaps the younger generations have forgotten the contribution of the Freedom Struggle, where every devout Indian was prepared to march, was prepared to safeguard our motherland.  It was a group of diverse people with just one main focus that gave us our freedom, and I am sad to say that today that freedom is at stake.

A very human and holistic national Constitution has guided our leaders over generations. The preamble speaks of justice, fraternity and equity to all, irrespective of caste class, creed, or gender. Today we stand at a crossroad; we as a nation have to ask ourselves: what is it we wish to cherish and uphold?

Diversity is at the core of India. Language, faith, food, dress, language, cultural practices, skin color — the list is so extensive. And it’s this very nature of our country that has taught us human values of tolerance, brotherhood, participation, respect for the other, and space for all.

Fanaticism and fascist ideology are alien to India; we as a social sovereign republic have ensured respect for all.  Nonviolence has been the vehicle of our freedom and we had a great example in Gandhi. We simply need to be open to this precious gift; we need to identify the cords that can bring us together to form the web of life. While the onus is on each citizen, policies and practices by the government can facilitate and enhance the life of every Indian. 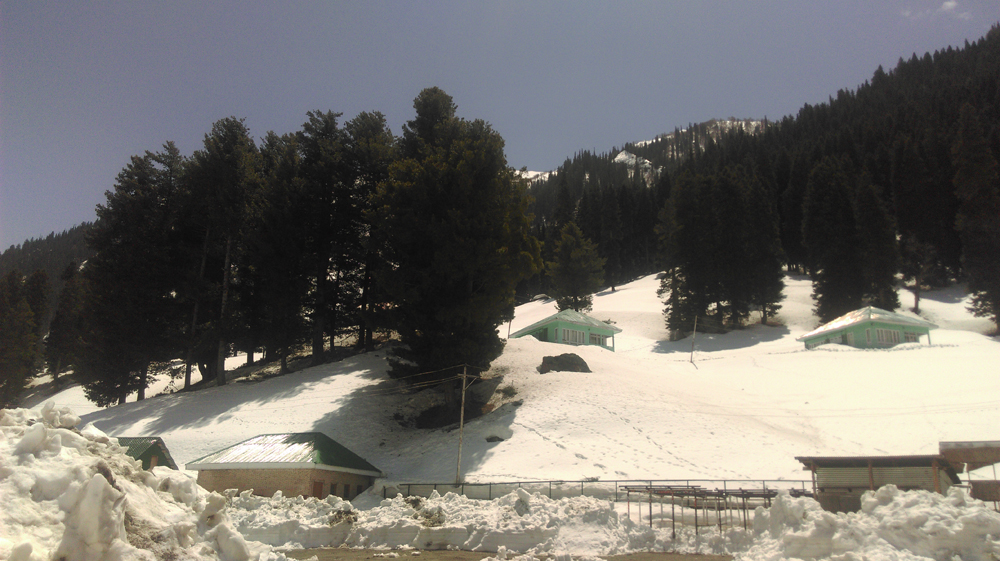 Snow covers a hill of forest in India (Provided photo)

The local, regional and national governments have to take every citizen into consideration when policies are framed, decisions are made, and when laws are enforced.  They must ask themselves: “How will this affect the least person?”  Gandhi said in his Talisman, one of the last notes he left behind in 1948 that expressed his deepest social thought:

"I will give you a talisman. Whenever you are in doubt, or when the self becomes too much with you, apply the following test. Recall the face of the poorest and the weakest man [woman] whom you may have seen, and ask yourself, if the step you contemplate is going to be of any use to him [her]. Will he [she] gain anything by it? Will it restore him [her] to a control over his [her] own life and destiny? In other words, will it lead to swaraj [freedom] for the hungry and spiritually starving millions? Then you will find your doubts and your self melt away."

The task is not impossible: the question is whether we as a nation wish to change the course of events and create good governance that takes people as a priority. There are innumerable actions and decisions being taken by bureaucrats and governments that have been negatively impacting the livelihood, shelter and the lives of our struggling people. People are slowly beginning to lose hope and faith in a system that is corrupt, that favors a handful of citizens who are ignorant of the plight of the common person.

For example, the decision to close the gates of the Sarvodaya Narmada dam and raise the height of the water — taking the land and destroying the livelihood of thousands of families — was a gross violation of human rights.  The rehabilitation package has not been honored and people have been left in the lurch.

Government invitations to corporate bodies to grab the land of indigenous people, plunder their forests, pollute their rivers, and destroy their rich mineral resources are common in the Jharkhand area of the country. Indigenous people have been struggling to protect their forests, their land and their water bodies, which have for ages preserved them and their children.

With growing urbanization, there is a callous and indifferent attitude about the stressful situation of people in the urban sectors, as their huts and homes are demolished, their livelihood snatched and their dignity stripped from them.

My community has worked with the urban poor since 2004, trying our best to educate people about their rights. We have adopted peaceful democratic means to protest against the indifference of the government.

But there is no platform where grievances can be aired; the people’s representatives are least concerned about the well-being of people who voted them to power. The monitoring mechanism is near to breakdown. 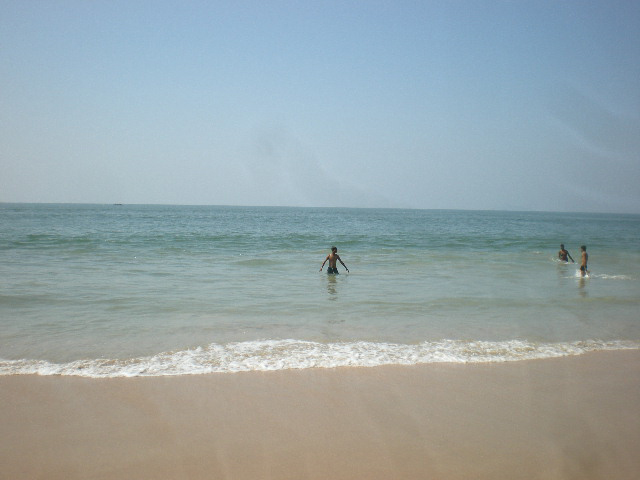 The shore of a beach in India (Dorothy Fernandes)

Our energy and tolerance run out when we knock on doors of institutions that are supposed to be “pro-people,” and they turn out to be “anti-people.” There is no relief from the plight of people on the margins — and not only people on the margins, but for a large segment of the middle class.

The unequal opportunities for those struggling to live a dignified life are glaring. Those who dream dreams for a better tomorrow realize that they will never come to pass, because of lack of opportunities. Equity and justice are alien to nearly half of our people.

In order for us to move forward as a nation, we will have to focus less on our personal interests and benefits. We will have to move to safeguard diversity, with its beauty and richness. Though the picture sounds very pathetic, not much is actually lost yet, and we still have the opportunity to turn back the clock and make a difference, if only we would put our “Self” behind us. 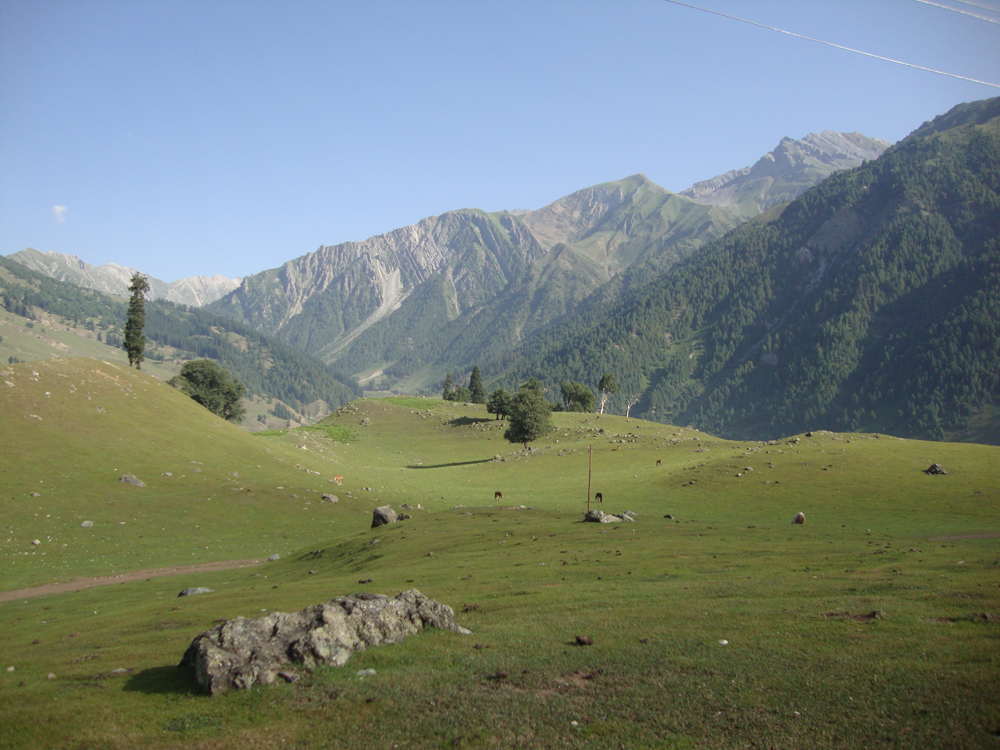 If we could rise above caste, creed, class and gender and own only our one identity as human, we would become a great nation. Our diversity is our wealth. We have opportunities to live with differences and create a new world, wherein all are respected, revered and find their place. I pray that we as a spiritual nation learn from the vast and diverse landscape of nature that we have, and pledge to nourish and preserve this diversity which is ours.

[Dorothy Fernandes is a Sister of the Presentation of the Blessed Virgin Mary from India. She presently serves as Vice Provincial of the Indian province while continuing to be deeply engaged with the urban poor of Patna, Bihar.]