I was attending the High Level Political Forum at the United Nations — a forum that assesses the progress of the Sustainable Development Goals, the core of the 2030 agenda, unanimously agreed upon by the entire U.N. Member States in 2015.

This year, 46 countries gave their voluntary national report to the United Nations on Goals 6,7,11, 12, 15 and 17. As usual for any U.N. conference, there were several "side events" sponsored by the member states as well as civil society organizations.

I received an invitation from a nongovernmental organization (NGO) called Water Aid to join them for a water walk.

It didn't take me long to decide to participate: as a Medical Mission Sister, I understand the value of safe drinking water for good health, because the lack of it causes numerous diseases and even death.

One child under five dies every two minutes from diarrhea caused by dirty water, poor sanitation and bad hygiene — yet based on current progress, the world will fail to meet the Sustainable Development Goal 6 — To bring safe water and toilets to everyone, everywhere by 2030. Goal 6 of the 2030 agenda is dedicated to action to ensure the availability and sustainable management of water and sanitation for all.

The idea was to highlight the importance of water and bring it to the attention of the policy makers at the U.N. The walk started at 72nd Street and Lexington Avenue in Central Park and ended at the United Nations building, at 45th Street and First Avenue. The distance chosen for the walk represents two miles — a little less than the distance the average woman or girl in many developing countries walk daily to get water for the family

Jan Eliasson, former deputy U.N. secretary general, said, "Safe drinking water and adequate sanitation are not only essential human rights but are integrally linked to broader efforts to provide well-being and dignity to all people."

I am a member of the NGO Mining Working Group at the U.N., and can attest to the fact that we worked hard in advocating to be sure that the human right to water and sanitation was put into the 2030 agenda, and now we are working to be sure it is implemented!

One of the educational tools we developed was "A People's Guide to SDG 6 Water and Sanitation."

An example of the things we advocate against is the "privatization" of water. When cities or corporations take over water supplies in order to sell water or to use it in manufacturing, people may not be able to afford water.

While the U.N. was formulating the Sustainable Development Goals, they were talking in terms of insuring that people had "access to water." Our civil society groups advocated for the U.N. to say "the right to water" instead.

The difference comes down to this: you may have "access" to water, but no money to purchase it. If water is considered a human right, it is — like air — considered a "global commons" available to be used by all.

I thought the symbolic walk was a great idea, though walking for water is not new to me; I have seen and experienced water shortages in the villages of India. Some of our NGOs of religious women and men (we call ourselves "RUN" for "Religious at the U.N.") were inspired to join the group.

We were given empty buckets to carry during the silent, reflective walk. Though the bucket was empty, it became rather heavy as we walked, and I even thought of giving up on the way, but the cause kept us going. By the time we reached the front gate of the United Nations, we were almost exhausted. Imagine our sisters in the developing world walking with the buckets full of water, every day, in many rural areas of the world!

Women and girls bring water just as they nurture life. They need to be supported so that they have adequate time for other things too — like getting an education! It is the responsibility of the governments to provide necessities like water and sanitation to their citizens. We wanted to remind our policy makers that the civil society representatives at the U.N. will not rest until safe drinking water becomes a reality for all.

The walk reminded me how I take water for granted! I thank God for this precious gift, which sustains us, and pray that each and every living being gets safe drinking water to reach their full potential.

As St. Irenaeus said, "The glory of God is the [hu]man fully alive." How can human beings be fully alive without water?

[Originally from India, Celine Paramundayil is the international representative for the Medical Mission Sisters' nongovernmental organization at the United Nations. With degrees in chemistry, nursing, and women's studies, for 10 years she served as coordinator of Gandhipet Women's Collective in South India to empower the Dalit women and later taught in the school of nursing and served as the assistant program coordinator of Ayushya Center for Healing and Integration. In the U.S. she completed a Women's Leadership Institute under Medical Mission Sr. Dr. Miriam Therese Winter.] 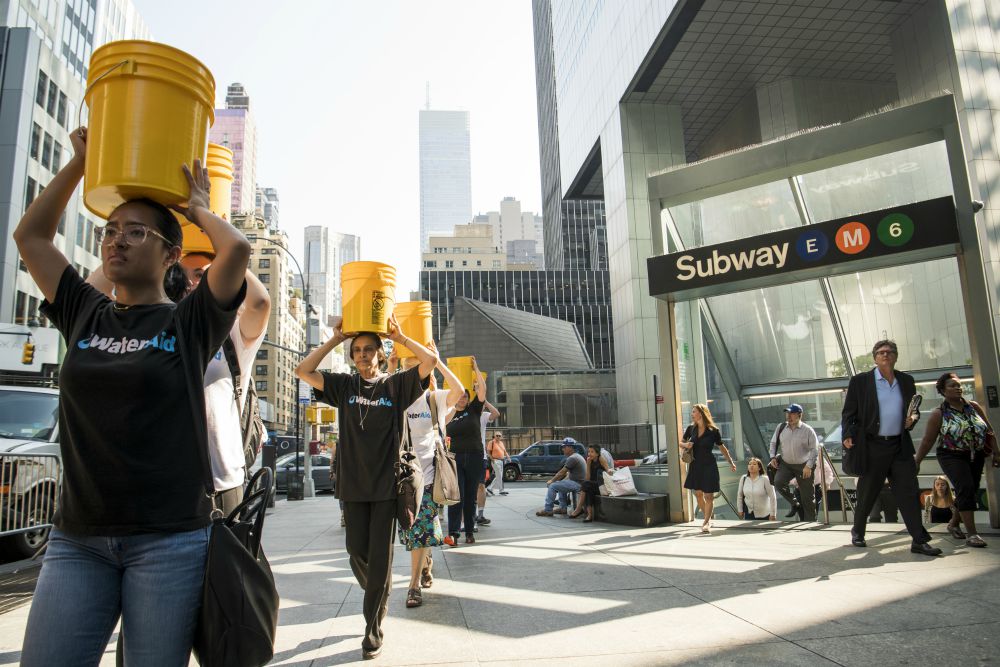 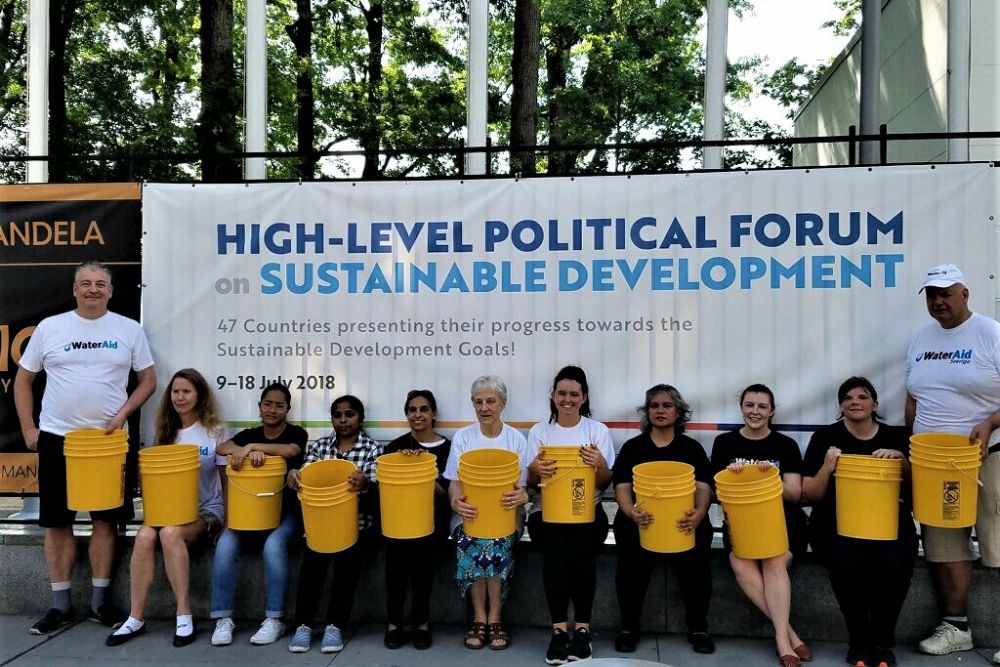 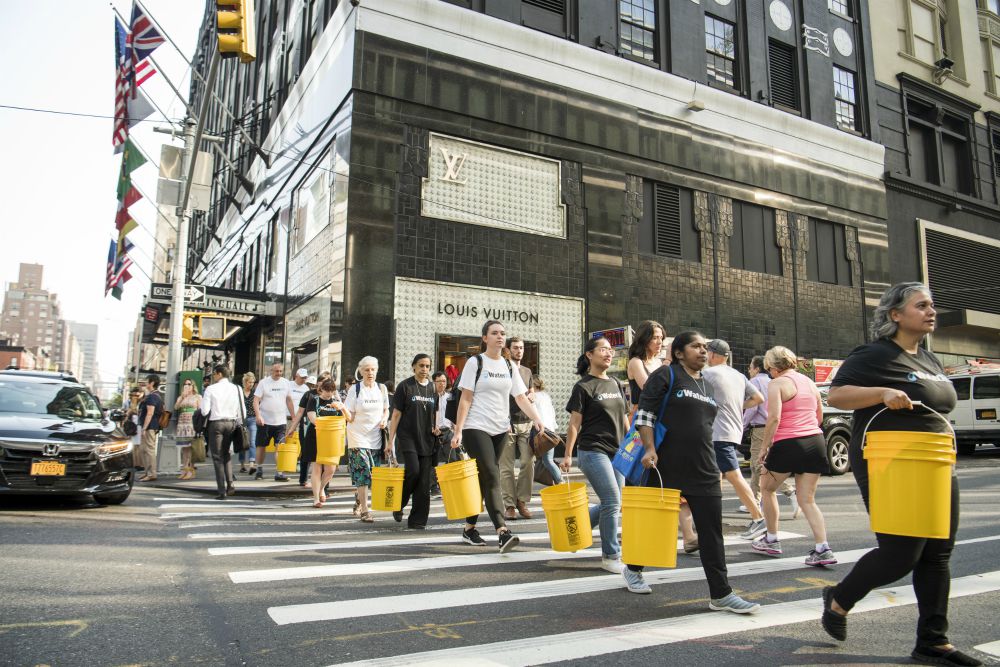 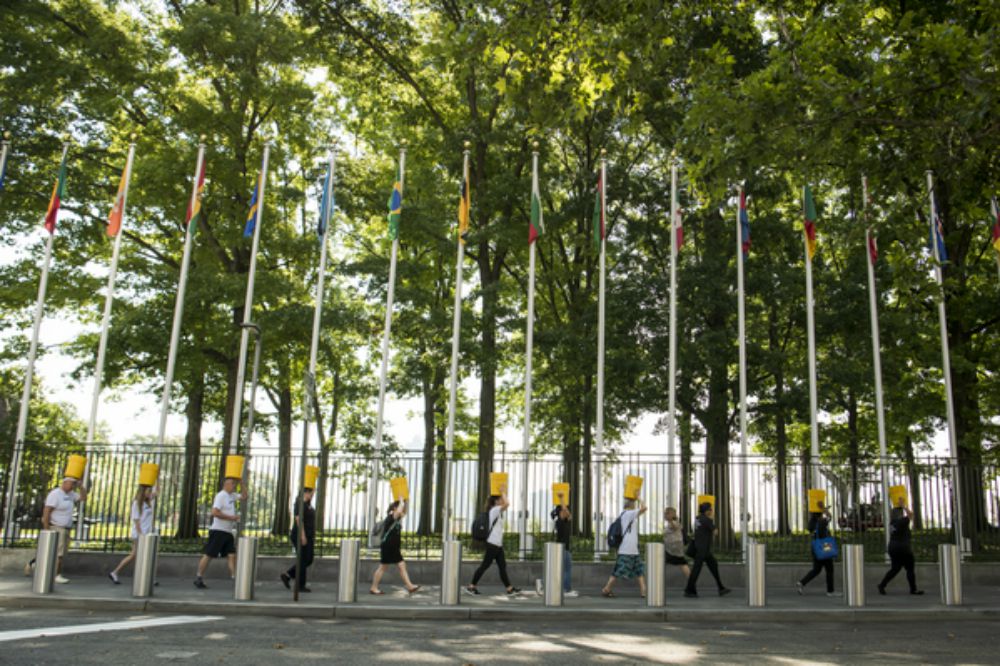