I watched a video about religious life for men and women in the same congregation; when I got to the end, something felt “off.” So I watched it again and here’s what I realized.

The men religious were portrayed differently than the women, even though they both profess the same vows. I suspect that the differences weren’t intentional, which makes it more distressing because that reflects a much deeper and troubling perception of how we understand the place of women and men.

Images moved over the narrated script: an image of reverent, prayerful members in a men’s community on a walkway with prayer books, followed by an image of members of the women’s community carelessly chatting on a sidewalk, carrying coffee mugs and a bright shopping bag.

Images of men gathered for conversation in formal — even ornate — sitting rooms. Women in conversation sitting outdoors on a patio in plastic chairs. Scenes of women doing physical work. Shots of men lighting candles around the altar. Only men were shown in conversation with non-members and in teaching roles.

Without even considering the script, the images alone presented a strong message. Although both men and women are called by God, women are called to something lesser. They aren’t as capable or deserving of the “higher” things; power and authority aren’t the realm of women.

It is this devaluation of women, carried through to the nth degree in the sexual harassment of and violence against women, that we are now beginning to name publicly, call out, stand against. Once-powerful men are being toppled by women who are no longer willing to be objectified, sexualized and silenced. Centuries — millennia even — of forced acquiescence and every kind of violence against women are being unmasked for what they are.

The Book of Daniel tells of two elders, appointed judges of the people (men, of course), who plotted how to get the beautiful Susanna alone after they “began to lust for her.”

When they trapped her and were caught, they accused her of being with a younger man, were willing to let an innocent woman go to her death to hide their crime.

The cultural messages that devalue and objectify women and the definition of women’s role as silence and submission are ingrained in us — in our families as we grow up, at every level of our educational system, in workplaces, in sports and in entertainment. And in our churches and religious communities.

The messages, like those in the video, are subtle. I spent a semester at the Mexican American Cultural Center in San Antonio, preparing for work in Latin America in the mid-1980s. At that time, the center and the diocesan seminary shared a campus. I became friends with a seminarian and we spent long evening hours talking at the edge of the pool during that hot San Antonio summer.

After I left the center, I received one letter from that seminarian in which he thanked me for not seducing him. The implication of his words stunned me even then. I was the temptress; responsibility for his good standing or downfall was on me, not on him. It would have been my fault if he couldn’t control himself.

That is what our church has taught for centuries, breeding misogyny on the bad theology and bad biology to which it still clings, the teaching of Jesus notwithstanding.

So why am I writing this, other than for therapeutic reasons? Because I believe that what we are seeing now — as woman after woman tells her truth — is a glimpse of light in the dark night of our collective soul. Maybe only the equivalent of 20 seconds of enlightenment in a lifetime of prayer and listening, but nevertheless a clarion call to fullness of life and, even more, the claiming of that fullness.

And I’m writing because I believe religious women continue to have an important role to play in this process.

Religious life is a prophetic vocation to the church as well as to the world. We have spoken and continue to speak truth to power, to stand with and advocate for the oppressed, the poor, victims of injustice and greed — who are disproportionately women and children.

We do it by creating soup kitchens and shelters for abused women; working to end human trafficking; protesting war; and fighting for equal pay and affordable health care. We do it when we demand inclusive language and full participation in church leadership and corporate boardrooms, and when we model for our sons as well as our daughters that women are made in the image and likeness of God.

More than ever it seems like our entire world is sunken in that dark night. Carmelite Sr. Constance Fitzgerald wrote in 1984, “Dark contemplation is not a validation of things as they are ... but a constant questioning and restlessness that waits for and believes in the coming of a transformed vision God; an affirmation of the self as woman that comes from deep inside and the consequent maturing to wholeness as a complete person; and a new and integrating spirituality capable of creating a new politics and generating new social structures.”

More than 30 years later, we still work for a new politics and new social structures. Change comes slowly. But now we are witness to its coming.

I know because I walk in the company of 20-something-year-old women who refuse to be bound by a church or a society that denies them — or anyone else — full personhood because of gender and sexual and ethnic stereotypes. They are seekers who find community with us, who protest injustice and serve the poor alongside us.

Although not necessarily called at this time in their lives to vowed religious life, they look to us, their elders and mentors, for wisdom and guidance as they figure out their place in the shaping of the world. But also, in their questioning of our practices and rituals and lifestyle, they are in their own way participating in the re-creating of religious life.

Yes, the monastery is a peaceful environment and the grounds are beautiful. But the difference goes much deeper. What guests experience but often cannot articulate when they visit is that our language is inclusive, including in prayer and liturgy. The women who welcome and interact with them are strong women who lead and direct their own lives and ministries.

We are a community whose leaders encouraged the education of its members when education of women wasn’t a value. We are religious who claim our role as prophets, who know we are about bringing humanity to fullness. The difference is in how we live all this together, how we pray and work together. It is about unmasking what isn’t of God so that we can live more fully what is of God. And our guests feel that.

Yet, religious life is much bigger than we are. It is bigger than its inaccurate definition as “labor force” for the church. As women, we must continue to see ourselves — and enable others to see themselves — as full human beings and claim our full humanity as well as our divinity.

There is no “Yes, but ...,” no looking for both sides of the issue, no justification for misogyny in any shape or form. Like a Möbius strip, the Gospel of Jesus has only one side, and that is fullness of life. 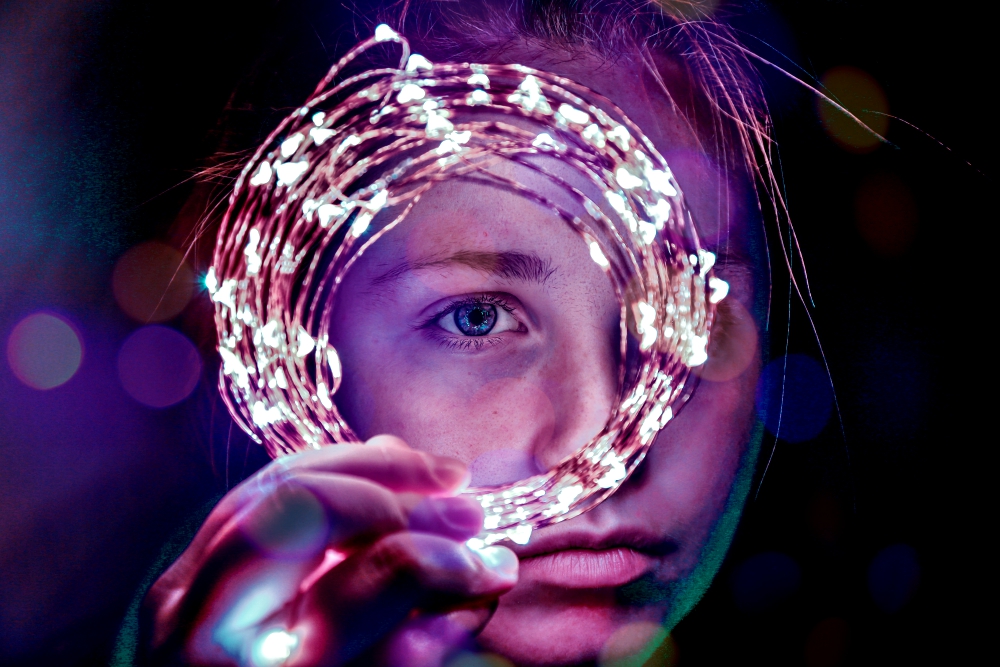