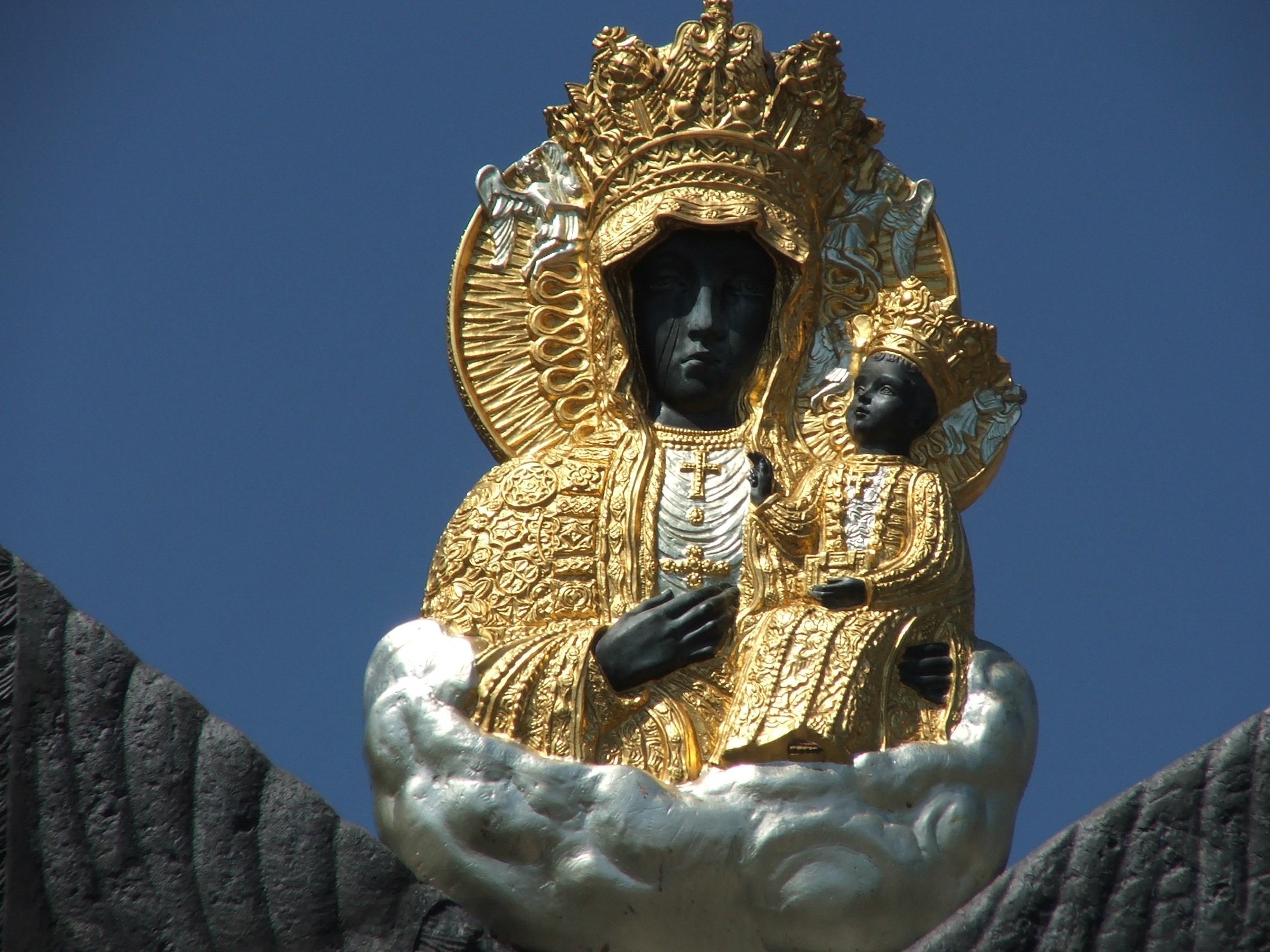 The Black Madonna of Czestochowa in Poland (Pixabay/MlynekBarbara)

I wondered — what is it about this feast that has such psychic resonance with Jung and others?

The Assumption is a celebration of Mary's feminine, bodily appearance on Earth as a faithful disciple, assumed into heaven in both body and soul. This makes hers the only "body" in heaven other than that of the risen Christ. It also shows Catholicism celebrating the importance of the feminine in theology, consciousness and wholeness.

Her female body offers identification with women and men across cultures conveyed by her appearances in various ethnic and racial cultures, always as a woman.

My curiosity deepens when I think of Mary's subsequent appearances as the black/brown Madonna found in cathedrals, open-air venues, in dreams and prayer.

This is explored in one of my favorite novels, The Secret Life of Bees, by Sue Monk Kidd, who offers a fresh view of Mary's Assumption as "Our Lady in Chains."

In the story, August, the African American matriarch of a struggling community in 1964 Charleston, is telling Lily, a white teenager abused by her father, about the importance of Mary.

Her statue, imaged as a black Madonna, was found by fisherman and became a symbol of freedom for slaves. Her feast was celebrated on August 15th, and when Lily asked why, August insisted on telling the story of Our Lady in Chains.

"Stories have to be told or they die, and when they die, we can't remember who we are or why we're here," she said.

When August finishes the story, she tells Lily,

"When you're unsure of yourself, when you start pulling back into doubt and small living, she's the one inside saying, 'Get up from there and live like the glorious girl you are.' She's the power inside you, you understand?

"And whatever it is that keeps widening your heart, that's Mary, too, not only the power inside you but the love. And when you get down to it, Lily, that's the only purpose grand enough for a human life. Not just to love --- but to persist in love…

"This Mary I'm talking about sits in your heart all day long, saying, Lily, you are my everlasting home. Don't you ever be afraid. I am enough. We are enough…"

Could it be that Mary's appearances as a black Madonna have had any effect on dismantling racism? I'm not a psychologist or theologian, but something resonates in my heart as I pray to Mary in her many ethnic disguises.

The Black Madonna of Einsiedeln, Switzerland, led one Jungian analyst, Dora Kalff, to say: "When the Black Madonna comes, I usually see this as the first impulse of the good feminine. When she appears (in dreams and fantasies) then we can guess that the psyche is beginning to grow in a spiritual direction."

Another student of Carl Jung, Gilles Quispel, lectured at the Jung Institute in San Francisco in 1984 on the Black Madonna. He believed that the Black Madonna plays a crucial psychic role, which he described in Jungian terms as symbolizing Earth, matter, the feminine in man and the Self in woman.

Quispel is quoted by China Galland in "Longing for Darkness" as saying that "unless men and women alike become conscious of this primeval image of the Black Madonna and integrate it within themselves, humankind would be unable to resolve the problems of materialism, racism, women's liberation and all they imply."

Let me offer one example from my own congregation, the School Sisters of Notre Dame.

Our foundress, Blessed Theresa Gerhardinger, came from a small German town and often prayed at a shrine to the black Madonna, Our Lady of Altötting. Her spiritual director encouraged her to develop a desire to proclaim the Gospel to all people, regardless of ethnic background.

Could it be that this devotion and the encouragement of her mentor, Bishop Georg Michael Wittmann, prompted her to respond with compassion toward people of color and help dismantle racism?

We have some clues that provide a basis for this possibility.

She traveled with her father, a ship master on the Danube. Did she meet dark-skinned people?

After founding the School Sisters of Notre Dame she sailed to America, mainly to help educate immigrant German girls, returning to Germany to deal with the administrative needs of her growing congregation.

In 1855, she accepted the invitation of a missionary priest in Cairo, who was "purchasing" slave girls and transporting them to Germany, asking women religious to care for and educate them. In this letter to a government official she defended this plan, assuring officials she was not doing it to make money.

A lovely painting celebrating the 25th anniversary of the SSNDs has a sister teaching German girls and an African girl — remarkable in a Germany whose African population today is estimated to be little more than one percent of the total population.

But her hopes of educating African girls in Germany had to be transferred to the United States, when all but one African girl died in Germany. This young woman, Helene (Adelaide) Vanda, survived to adulthood and stayed with the Poor School Sisters for the rest of her life. She was very skilled in fine needlework, helped with the boarders, took care of the front door and soon became well-known in Munich as Black Helene. On March 28, 1882, Helene died of a prolonged lung disease at the age of 34.

In 1859, Mother Theresa recognized her hopes of educating African girls in Germany would need to be passed on to her daughters in the United States. She hoped our American foundress, Mother Caroline, could seek ways to help African Americans receive an education.

Today the School Sisters of Notre Dame (62 African,15 Non-African) have lived and ministered in seven countries on the African continent.  In 2011, sisters serving in Ghana, Nigeria, Kenya, Sierra Leone and The Gambia came together to form the SSND Province of Africa.

Today there are 19 communities in six different countries, with two novices, 12 postulants and 30 young women in different stages of affiliation.

In reflecting on our foundress' love for Mary, I realize her devotion to Mary would have been broad and multifaceted.  However, I offer this reflection as one example of "Mary's Role in Dismantling Racism."

Other ways of being human

Our divided church has to grapple with being pro-life