On Oct. 31, 2017, events celebrated the 500th anniversary of the beginning of the Protestant Reformation with Luther's posting of the 95 theses.

Out of love for the truth and from desire to elucidate it, the Reverend Father Martin Luther, Master of Arts and Sacred Theology, and ordinary lecturer therein at Wittenberg, intends to defend the following statements and to dispute on them in that place. Therefore he asks that those who cannot be present and dispute with him orally shall do so in their absence by letter. In the name of our Lord Jesus Christ, Amen.

This simple beginning, based on years of Luther's study, experience and struggle, led to a man finding his voice and expressing the need for reform of the Roman Catholic Church. He was 34 years old. His remarkable utterance, "Here I stand," when ultimately confronted with the choice to obey papal authority and retract his accusations, fostered in him an acceptance of his need to surrender to God's grace.

In this reflection, I am aware that current scholarship goes into depth regarding Luther's emotional and psychological development. I am simply writing out of a curiosity about and reverence for someone who could hold his truth in the midst of hostility.

Sometimes in moments of darkness and doubt, I have visited our local Lutheran seminary, where a larger-than-life statue of Luther looks down on passing students. At those times, I have asked his help in honoring an inner spark of light that may put me into conflict with those in authority. I realize that "Here I stand" is not to be taken lightly; such a posture and inner conviction demand courage and deep faith.

Another Martin Luther has also challenged me to live more deeply in the truth while in the midst of hostility.

One version of a historical moment in the life of the King family is significant for me.

Martin Luther King Sr., better known as "Daddy King," had been named "Michael" Luther King. However, his father, James Albert King, insisted that he had named him "Martin" after one brother, and "Luther" after another brother. Since no birth certificate was issued, "Daddy King" decided to honor his father's wishes and legally had his name changed in 1933, shortly after his father's death. His 5-year-old son, named "Michael" Luther King, also had his name changed, to Martin Luther King Jr.

I assume that the Rev. Martin Luther King Jr. was aware of the historical person whose name resembled his. This seems evident in the recorded comments in his Essential Writings.

King shared his sorrow and exhaustion in 1957, after death threats and bombings had become a part of his life. As he tells the story, the strain of violence toward his family brought him to a crisis regarding his ability to continue his leadership of the civil rights movement.

He was sitting at his kitchen table drinking a cup of coffee in the middle of the night, when his life changed. "Almost out of nowhere I heard a voice. 'Martin Luther, stand up for righteousness. Stand up for justice. Stand up for truth. And lo, I will be with you, even until the end of the world.' "

After his surrender to God's will, King said, "I was ready to face anything."

Reflecting on his courage and that of his family and close advisers, I continue to be inspired by all that King exemplified in his lifetime. The PBS documentary "The March" brings the best of the American dream to life again. It gave me hope in the midst of our attempts to dismantle racism in America today.

Living in St. Louis challenges me to look for examples of hope in our beautiful and broken city. In addition to my Catholic worship, I often worship with the Jewish community and am inspired by their courage.

The Central Reform Congregation is the only Jewish congregation in the city of St. Louis. Prior to the verdict in the Stockley case in which a white ex-police officer was acquitted for the fatal shooting of a black driver, the congregation had decided to be a "safe place" for people who might be protesting. On Friday, Sept. 15, Shabbat services ended around 9 p.m. Members of the congregation noticed that a march was moving west down their street. It consisted of around 1,000 people peacefully going by.

Around 10 p.m., however, the officers started using force to clear the streets. The protesters were blocked and had little choice but to run into a neighborhood or into the synagogue. The gathered community of Central Reform Congregation opened its doors to let everyone rush inside.

The rabbis went outside to check with the police, who told them that some marchers had vandalized the mayor's home, in the nearby Central West End, and that the march was no longer sanctioned. Police vehicles blocked the protesters and the police were clearing the area by using tear gas. The officer said that anyone who went into the building would not be pursued.

The members of Central Reform Congregation "stood" with the peaceful protesters and welcomed them into their sacred space. Around 200 mostly tired, fearful protesters found a safe haven at there, where some students in the group served water to protesters and gave them a place to sit down and rest.

The police had told the rabbis that anyone who came into Central Reform Congregation needed to remain inside while the police cleared the other demonstrators. However, if anyone tried to leave, they could be arrested, especially if they could be identified by videos showing those who had committed acts of vandalism at the mayor's house or in other areas nearby.

"We all took care of each other inside," said one of those congregants who had not been able to leave the Shabbat services. True to their spirit of inclusion, they remained with the protesters. As the evening wore on, both protesters and congregation members were allowed to leave and return home. The last left around 1 a.m.

The congregation's leaders summarized the experience in a statement:

We believe we provided a holy service to peaceful demonstrators. If our doors were not open, many innocent people may have been hurt or arrested for being in an illegal gathering. We talk about being a "shelter of peace," and a "sanctuary," time and time again. One of the reasons we are a Jewish congregation in the city is to be a supportive voice, an ear, an outlet to people seeking justice. We are proud that we again lived up to our most precious values.

In their lives and their worship, the members of the Central Reform Congregation, under the leadership of Rabbi Susan Talve and Rabbi Randy Fleisher, regularly pray for an end to racism. On Sept. 15, this community taught me what it means to "stand" with others in the tradition of Martin Luther King Jr. in dismantling racism. 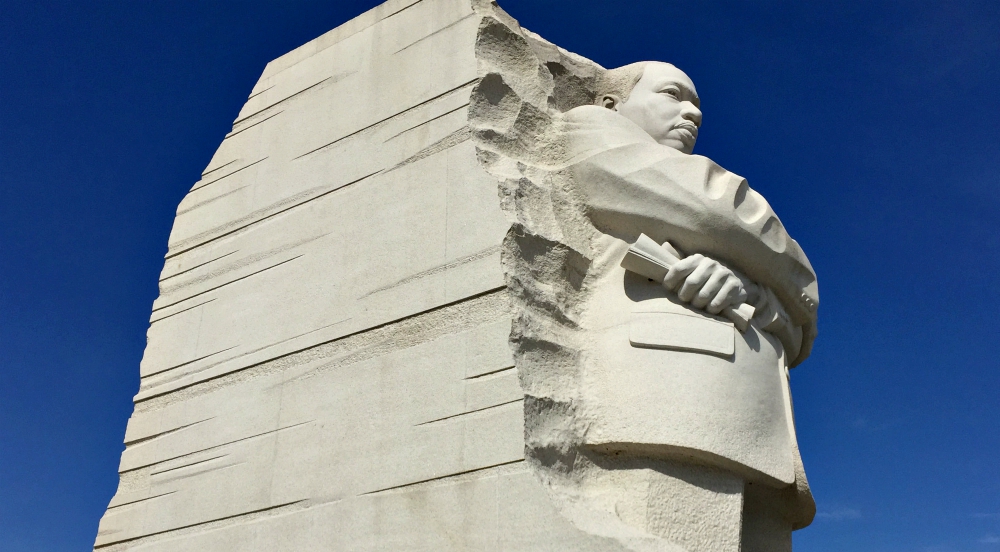