My Catholic dad: a Gospel feminist 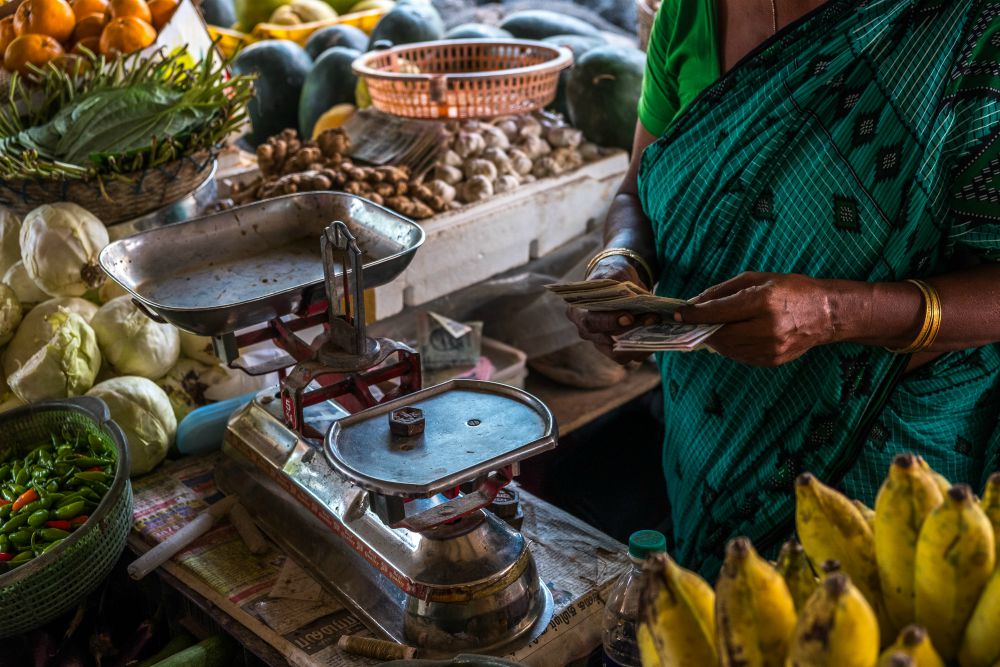 Gospel feminism seeks to free women from the stereotype of womanhood imposed upon them by religion and society. Its emphasis comes from the heart of Catholicism: the equal dignity of women and men. (Unsplash / Pau Casals)

Once I came home from school really hungry, so I went into my uncle's sugarcane field. I picked a nice thick one, washed it thoroughly and was about to have a bite, when I saw my dad coming from work.

He asked me, "Who gave the sugar cane?" I admitted that no one gave it to me; I was hungry, so I went to uncle's field and picked one. Then he said, "Did you take uncle's permission?" I responded with anger, "Why to take permission from uncle; he is your brother — don't he understand the child's hunger?"

Dad snatched the cane from my hand and gave me good thrashing with it. The mature cane split into four pieces. With my eyes full of tears, I looked at those pieces Dad had thrown on the ground, hoping to pick one up and eat it once Dad went into the house.

However, it was my bad luck that Dad picked up those pieces and threw them into the pond, saying, "Man shall not live on bread alone, but on every word that comes from the mouth of God" (Matthew 4:4). Then he went into the kitchen and made me a fresh piece of flatbread of rice flour and jaggery served on a banana leaf, nourishing my body and spirit with food and compassionate care.

My dad worked for the defense ministry as a skilled carpenter, and after his official work hours he worked in the rice and vegetable field. Being financially poor, he could not afford to give his nine daughters a dowry, a customary wedding gift at the time of marriage. Though now girls have equal rights, at that time they did not share in the family inheritance, so they needed a dowry.

My aunts would often scold my father, "Why do you want to die early by working day and night to provide for your school-going daughters? Send them to work as housemaids like our daughters."

My dad's response was, "I may die early, but I shall have life after death through my children, especially daughters."

He had made it very clear that none of his daughters should decide her future without completing graduation, because education would serve as a substitute for a dowry.

My father's dream was not only to meet the immediate need of food, but also to provide an education that would help us stand on our own feet. His countercultural stand against the currents of patriarchal society for long term systemic change was remarkable, especially for that time.

Though he had only a third grade education, without knowing it he was practicing "Gospel feminism." He had no lust for patriarchal domination. He broke the usual patriarchal norm of not educating daughters and treating them as domestic workers; instead he trained them to be dreamers and seers in their full-fledged womanhood.

Gospel feminism was well explained by Pope John Paul II when he wrote on "the genius of women." He praised "the culture of equality," writing that "Respect for the full equality of man and woman in every walk of life is one of civilization's greatest achievements" and is "urgently necessary to cultivate everywhere a culture of equality, which will be lasting and constructive to the extent that it reflects God's plan."

In other words, Gospel feminism is about implementing the vision of Jesus in building the kin-dom of God through equality for both genders, while encouraging individuality and respect for gender differences.

Gospel feminism incorporates the virtue of humility, saying we all have something valuable to offer, whether male or female, but neither of us has everything; therefore we respect our differences and build each up. We need each other (Genesis 1:26-28).

Some Catholics ask the question with considerable anguish: Can a Catholic be a feminist? In fact, they are two sides of the same coin. Catholics are to venerate life in all its forms everywhere.

Feminism is a movement aimed at obtaining women's rights to equal treatment and respect. Their right to equal partnership in the mystery of redemption derives from their equal value as persons in the eyes of God. The movement was aimed at female empowerment through consciousness-raising, and offering support and solutions for change.

Feminism is not about femaleness. It is not even "changing the hands that hold the power," but to actually change the definition of power. Non-duality is at the center of Gospel feminism.

Gospel feminism seeks to free women from the stereotype of womanhood imposed upon them by religion and society. Its emphasis comes from the heart of Catholicism: the equal dignity of women and men. Insisting upon the freedom of all, Gospel feminism is flexible and voluminous enough to embrace the cosmic church.

My dad was true to his name, "Salvador" (affectionately called "Salu"). He redeemed his daughters by practicing Gospel feminism. He allowed every daughter and son to grow into adulthood, brought us up with equality and dignity, and made us respected members of society.

He helped us to make healthy decisions affecting our lives, to be financially self-governing, to be safe in public arenas, to be compassionate homemakers, and trained to speak out and be the voice of the poor, marginalized — cherishing the equality of all.

My dad was a man on board with gender equality to change the world for women. He was a man of quality and was not afraid of equality. He envisioned that women can be builders and men can be caregivers, and vice versa. He promoted the integral growth of his children by instilling "Catholic faith" in contemporary circumstances.

Jesus — who talked to the woman at the well, defended the woman taken in adultery, and healed the Canaanite woman — was his model. What better way to demonstrate the real value of a woman than to raise her? Sr. Joan Chittister reminded us that it was French Jesuit priest philosopher, paleontologist and geologist Pierre Teilhard de Chardin who wrote, "The only task worthy of our efforts is to construct the future."

Christ embodies the ideal of human perfection: in Him all bias and defects are removed, and the masculine and feminine virtues are united and their weaknesses redeemed; therefore, His true followers will be progressively exalted over their natural limitations. That is why we see in holy men a tenderness and a truly maternal solicitude for the souls entrusted to them while in holy women there is manly boldness, proficiency, and determination.

My Gospel-feminist dad constructed the future for his daughters and sons as citizens of a cosmic church. He redeemed all his children to break the shackles of dehumanizing patriarchy, courageously step out of it, and be rooted and grounded in Jesus the redeemer to speak our minds to the powers that be.

There is an ancient saying I've heard:

My dad went a step further with the slogan: "If you are planning for a 1,000 years, then empower women."

Cuba, land of the old and the new

'All about the waking-up': Helen Prejean shares hope with Georgetown audience