Perhaps the tide is turning for lesbian gay, bisexual and transgender (LGBT) people. Late last year, I made a 10-day visit to Poland, invited by the Campaign against Homophobia to give public addresses, interviews and a retreat for Faith and Rainbow, a group of LGBT Catholics.

I also had the opportunity to meet with Catholic opinion leaders like Catholic journalist Cezary Gawrys to get a sense of the state of affairs for Polish LGBT Catholics. Gawrys has been exploring the topic of LGBT people in the church.

Serving for two years as a volunteer counselor, he witnessed their efforts — spiritual, mental and also financial — to change their orientation. "I saw gay people who were not very affluent, taking loans to pay for their therapy," he resumed. "The feeling of not being accepted by the church separated them from the community. They often isolated themselves from other people and carried on with their lonely struggle."

Katarzyna Jabłońska, co-author with Gawrys of Challenging Love: Christians and Homosexuality, recounted an experience she had while working at home on the book. Her printer broke, and she asked her next-door neighbor, a good friend she had known for many years, to print it for her. Her friend returned, printout in hand, crying profusely, and told Jabłońska that one of her sons was gay. Although they had known each other for years, the neighbor had never spoken about her gay son until the printer incident.

Jabłońska said that her blindness toward gay and lesbian people gradually dissolved. She discovered that some of her friends were gay. They told her they felt unloved, like the "lesser children" of God, like some kind of "failed creation." She learned "they felt very lonely in the church" as she walked with them and accompanied them.

A reconciliation effort initiated by the Campaign against Homophobia called "Let's Exchange a Sign of Peace," featured billboards with two clasped hands — one with a rainbow bracelet and the other with a Catholic rosary. This social awareness campaign moved the hearts and minds of many Polish people (but not, unfortunately, the Polish bishops, who denounced the campaign.)

I was surprised by the degree of openness and acceptance I found among the Polish people for their lesbian and gay sisters and brothers. Polish Catholics are emerging not only from the political stranglehold of communism, but also from the grip of their authoritarian and traditionalist religious culture. From them I learned that I, too, need to emerge from the iron grip of my own prejudices, my blind spots, and the beams in my own eye. I want to be more open to those who "rub me the wrong way" and to be more welcoming to those with whom I disagree. My visit to the Polish people filled me with hope that homophobia is gradually decreasing in unexpected places.

Another hopeful sign will be evident this week. On May 17 each year, an increasing number of countries are observing the International Day Against Homophobia and Transphobia. This day is meant to raise awareness about the repression that LGBT people experience in villages, cities and homes throughout the world.

The date was selected to commemorate the World Health Organization's decision on May 17, 1990 to remove homosexuality from the International Classification of Diseases. When I first became involved in a pastoral ministry for lesbian and gay persons, homosexuality was still considered a mental illness in the United States. In 1973, the American Psychiatric Association and the American Psychological Association both publicized resolutions that their members no longer considered homosexuality to be an emotional or mental disorder. About a dozen years later, this professional opinion became an international standard.

However, in many parts of the world today, the erroneous diagnosis of mental disorder persists, causing much fear and confusion about lesbian and gay people, with often tragic results. To stop the senseless violence, a number of international LGBT groups organized a campaign that culminated in the first International Day Against Homophobia on May 17, 2005.

Four years later, when France became the first nation to remove transgender issues from the category of mental illnesses, transphobia was added to the name of the campaign. Transphobia can be expressed by a variety of negative attitudes and feelings, such as disgust, fear, anger or discomfort toward people who do not conform to society's gender expectations. A new petition was launched to include awareness of discrimination toward transgender persons. The petition was supported by more than 300 non-governmental organizations from 75 countries, and by three Nobel prizewinners. While most U.S. people today accept lesbian and gay individuals, there is still much ignorance about the feelings and experiences of transgender persons, as the political battles about bathrooms makes abundantly clear.

The International Day Against Homophobia and Transphobia is particularly strong in Europe and Latin America, where it is commemorated with public events such as marches, parades and festivals. In Cuba, Mariela Castro has led massive street parades on May 17 for the past three years. The day can also include arts and culture-based events, such as a music festival called "Love Music – Hate Homophobia" in Bangladesh. Albanian activists arrange an annual bike ride through the streets of the capital on May 17.

Often the day is commemorated by religious services. This year numerous prayer vigils, sponsored by gay Christian groups and by Catholic, Waldensian and Baptist churches, will once again be held throughout Europe. As a result of these events, the relationships between the LGBT Christians and the churches have been strengthened. This year, the banner advertising the Italian prayer vigils proclaims, "Give blessing and not curses to those who are cruel to you" (Romans 12:14).

This banner provides lots of food for thought. In my decades of ministry with LGBT people, I continue to be astounded and inspired by the example of those who remain in a church that has so miserably failed to nourish their faith life. In a spirit of non-violence, these LGBT Christian groups are now calling us to stand with them. We may not understand different sexual orientations or gender identities, but we do believe that each person should be treated with dignity and respect because each of us has been made in the image and likeness of God. What can we do to lessen the homophobia and transphobia that engulfs those who are different?

One action has been proposed by the European Forum of LGBT Christian Groups. This forum is collecting signatures from people around the world on a declaration entitled, "Believers Say NO to Violence Against LGBTI People." (The "I" stands for intersex.) The declaration calls us to help create safe places for LGBT people to live without fear for their very lives. We are invited to add our names to this declaration as a way to participate in the International Day Against Homophobia and Transphobia. While the declaration references Europeans, people of faith from all nations are invited to sign. To show support for the dignity and humanity of LGBT people, you can go to: http://inclusivefaith.eu. Let's stand together against homophobia and transphobia. 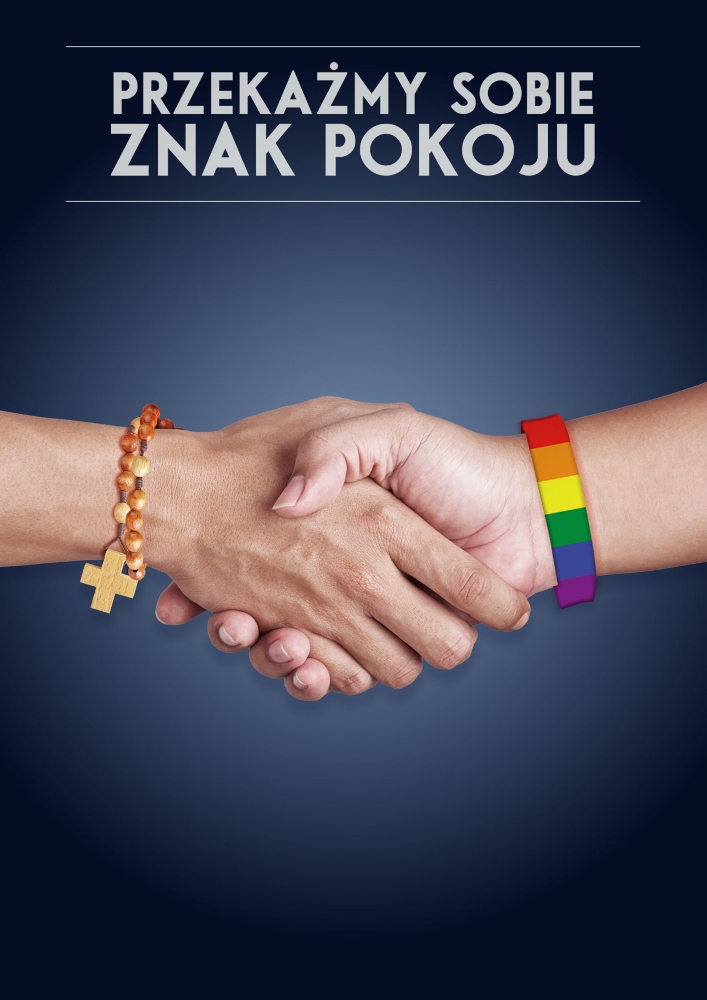 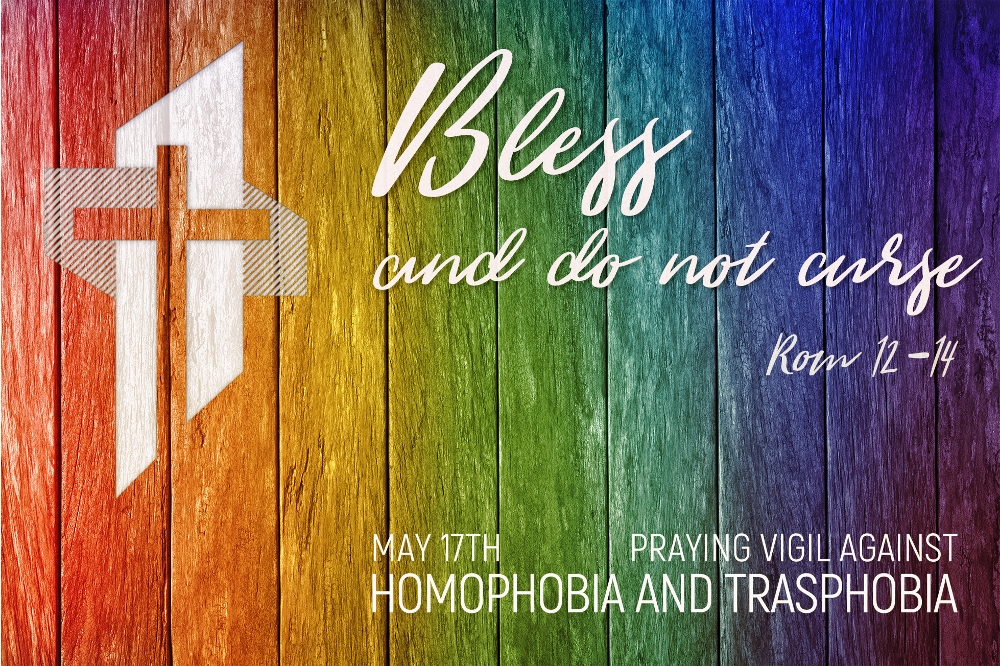