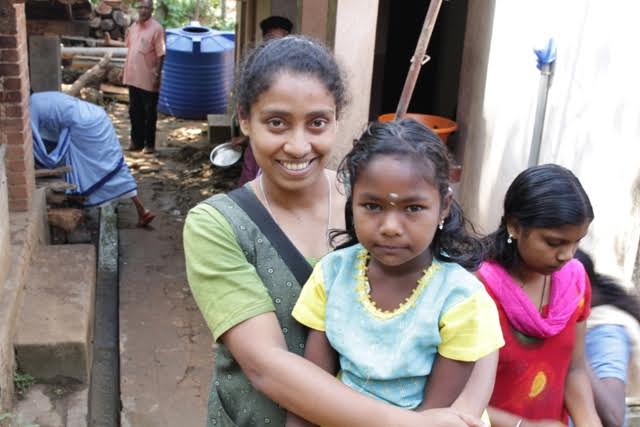 Bangalore, India — Centuries have passed, civilizations have changed, and technologies are evolving at breakneck speed as the human brain works overtime to conquer new frontiers. Yet human mindsets remain closed.

That was what I learned from a recent experience at a Jesuit center that works for tribal people in the southern Indian state of Kerala.

I was at the Tribal Unity for Developmental Initiatives (TUDI) during April and May for my internship. Situated in a remote village in Wayanad district, the center focuses on the Paniyar, one of the 48 tribes of Kerala. It strives to preserve and promote tribal folklore and cultural values.

One day, the center was invited to stage an evening program at a five-star resort in the district. A group of 20 folk artists, both men and women from the Paniyar community, went to the venue, an hour’s drive from our center.

The troupe looked excited by the chance to perform before an elite group.

Jesuit Fr Baby Chalil, the center director, asked me to join the group.

The show was to conclude a high-end conference of public prosecutors of Kerala. The audience comprised highly educated and prominent civil officials of Kerala and their relatives.

We reached the venue ahead of time. There was no royal welcome, and we were made to wait for an hour, as the conference had not ended. A few guests, who were pacing the corridor, looked at us as if we were aliens. Some frowned, as we were not the kind of people they would expect in such a place. 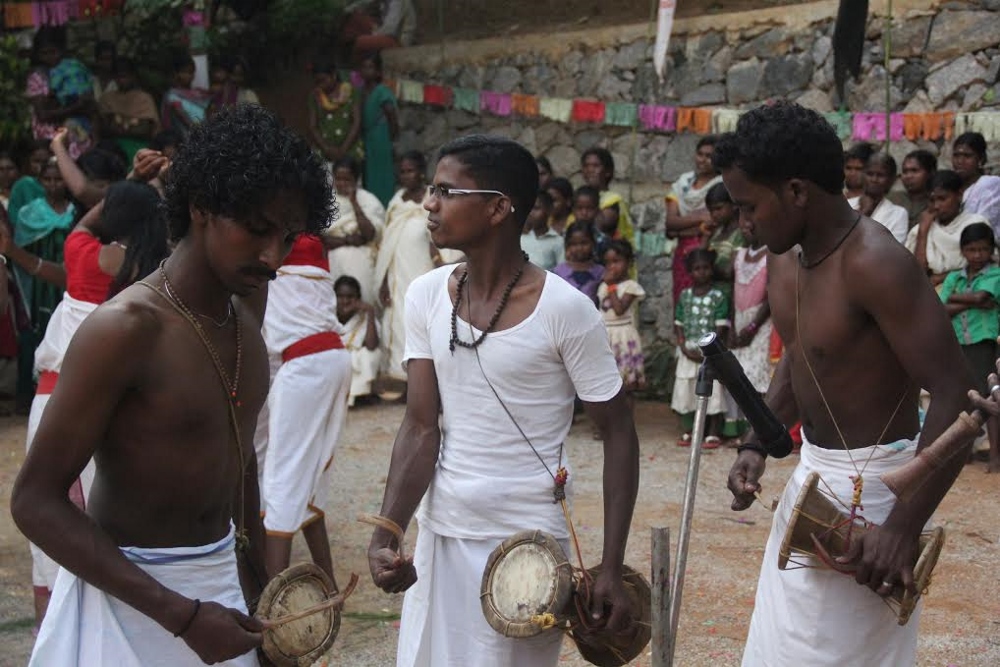 Security men watched us closely as the troupe prepared for the show in a green room.

Finally our artists took the stage and enthralled the audience for an hour with ethnic dances and folk songs.

After the show, Fr. Chalil introduced the artists to the audience. A few officials stood up to appreciate our troupe.

That cheered our people. They felt their hard work had paid off.

As we were packing up to leave, the host told us that there was food for all. On a heavy day with chilly weather, an invitation to a meal in a five-star hotel was highly prized.

We expected to go to the dining hall. To our utter surprise, the security guard led us to a dingy and filthy room behind the resort. We saw a big vessel with some rice in it. Another small dish nearby had some leftover pulses [legumes].

I felt extremely embarrassed at such ill treatment but held back my emotions.

My activist mind wanted to stop our people from eating. However, it was late and all of us were hungry. So, they ate what was available. I decided to fast.

Fr. Chalil ate with his people, sharing their humiliation. 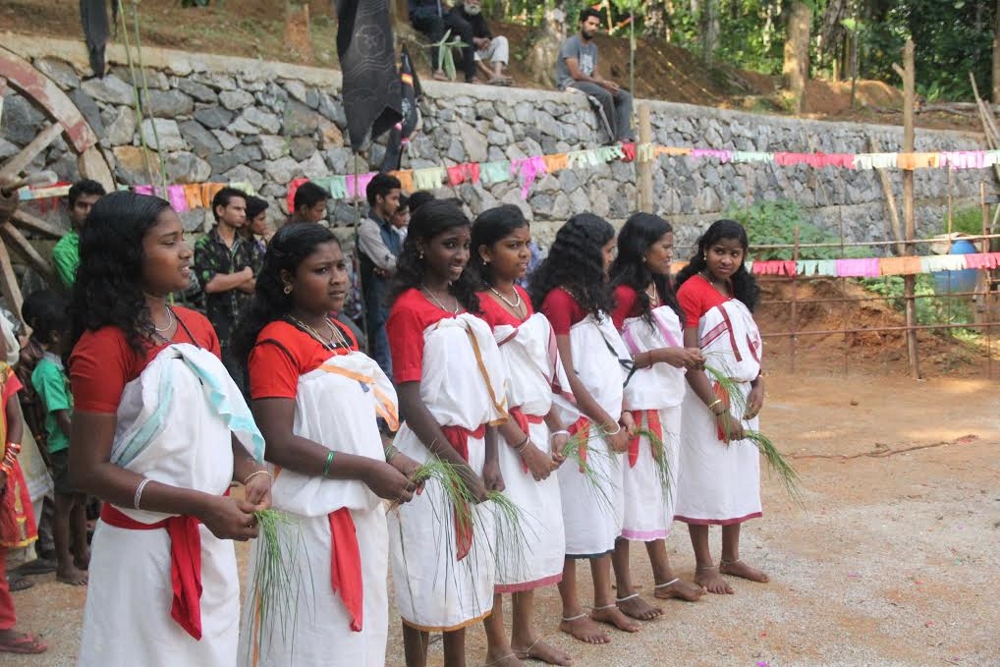 Paniyar girls are dressed for a tribal dance. (Tessy Jacob)

It was obvious the group felt deeply hurt. A few minutes ago, they were hailed as acclaimed artists. The next moment they were pushed back to the peripheries where mainstream society wants them to remain.

No one was there to see us off.

I fumed silently at our host’s attitude – ancient and rotten – toward the less privileged people. Our people were treated that way because they are the Paniyar community. Other communities treat them as no one.

This shocking incident made me recall how my family had treated the Paniyar people decades ago.

A few Paniyar women and children regularly visited our home. Of course, they were not received as guests. They had to sit in the backyard and accept food and other materials. They had unkempt short curly hair and they wrapped shabby clothing around themselves.

Among them was an elderly woman who was fond of me. I would sit at a distance, as I was instructed, and admire the deep wrinkles on her face, her ornaments and dress. She looked so aged because of malnutrition and hard labor.

Not everyone in the family appreciated their visits, or my association with them. On many occasions they were shooed away, accused of theft. Although I sympathized with them, I could not accept them as equal human beings.

So, I was reconnected to my past after nearly 15 years at the Jesuit center. This time, I was not a host, but a member of their group, and I could experience how these people suffer humiliation and abuses from others.

The Jesuit center is trying to change the situation by empowering them through education. 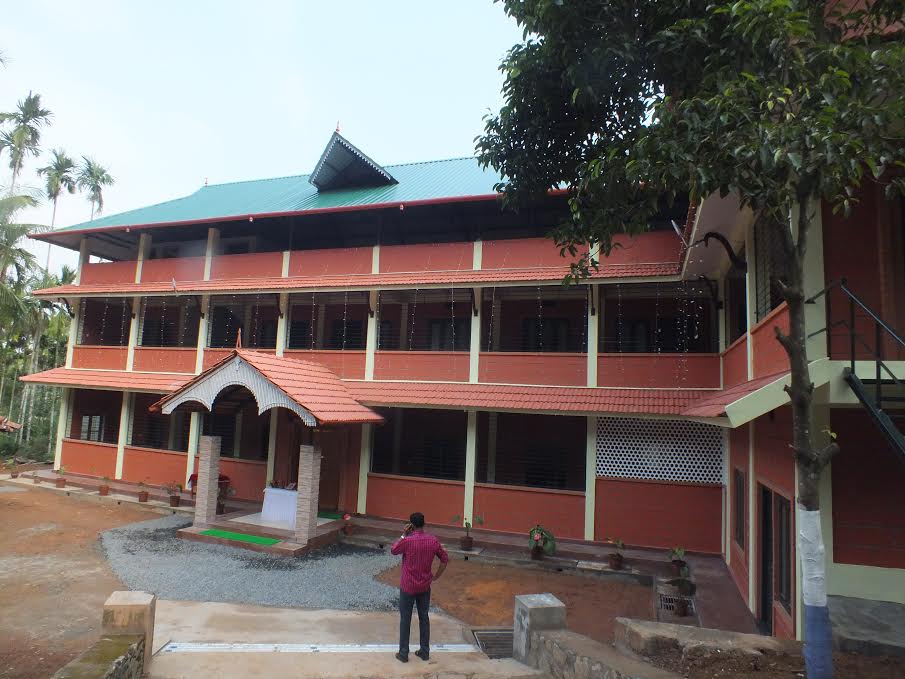 The center is at Echome, a remote village. The nearest town is some 15 km (about 9 miles) away. Besides promoting folklore and research on the tribe, the organization provides residential education for the Paniyar children.

About 28 students stay at the boarding school where they get quality and value-based education along with better living facilities.

The center recruits students based on their capacity to learn and interest in studies. The organization envisions a circular model of empowerment where the beneficiaries eventually become benefactors. Over the past 19 years a good number of them have completed their studies in various capacities and now serve society.

Besides equipping them with life skills, the Jesuit organization trains the children to preserve and promote their rich traditions, folklore and culture.

I spent my first two days enjoying their company. I ate the food cooked for them, used the same utensils, and sat among them for meals and other activities.

A day after my arrival, Fr. Chalil invited me to visit another station. We traveled by jeep through a narrow road full of bends and curves.

On our return, some 10 Paniyar boys and girls, who were out for a day’s work in the fields, joined us. It was raining and the group had to be accommodated in the jeep. I had two of them on my lap and another was almost on my shoulder. I felt my attitude toward the tribe melting away and a new bond with them sprouting. Their odor, hair, dress or the peculiar dialect didn't matter to me anymore.

Paniyars are nomads, who depend on forests for survival. As others cleared forests to create estates and agricultural land, the Paniyar found their freedom to seek food and shelter restricted by the new landowners.

“Paniyar” means worker. They used to work in the farms of landlords as bonded laborers. Wages were not given to them; rather they could collect some grains or produce from the field after the harvest. They remained exploited, landless, homeless and even faceless. 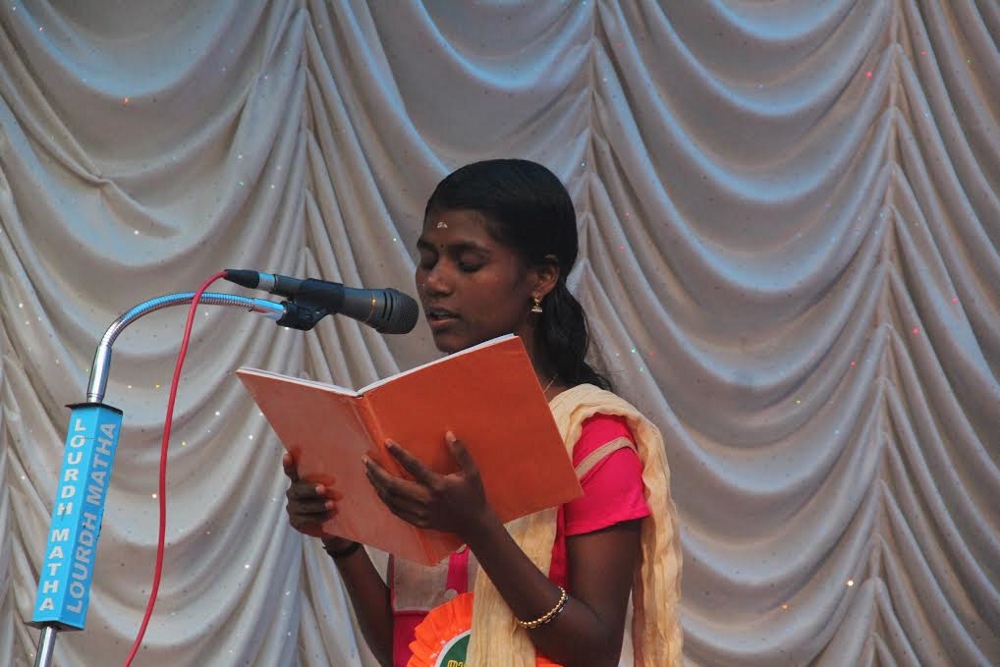 But changes are taking place, at least among the children at the Jesuit center.

One such hope is Preetha Velian, who came to the center as a child. She has completed a bachelor of education course and plans to take up her master’s study soon.

One day she accompanied me to the post office and we had a long talk.

Preetha told me she felt out of place at the center initially and made a few attempts to run away. Each time she was brought back.

Preetha is aware of her community’s struggles. Her people have many traditions, beliefs and superstitions that hinder radical development. Although educated, she said she would not abandon her community’s belief system.

I have also noticed Paniyars have slow motor skills. They seldom finish a task “on time.” Preetha told me their nomadic lifestyle never taught them to save for the future. Hence, they did not know the value of time or the need to assert their rights.

Even now they live one day at time.

“This attitude has to change and the mainstream society has to make room for us to cope with other children,” she said. “Our parents are not educated, and our kids learn a dialect, which is different from the official language. We lose motivation when we are discriminated against as unhygienic and as savages. We are afraid to face society, because we are never welcomed anywhere outside our society.”

Stories of discrimination never end. It is never an individual story, nor a recent one. It is the tale of a clan that has lived outside the mainstream for centuries as invisible people.

Fr. Chalil is hopeful that the Paniyar will enter the mainstream soon.

As I re-entered my society I heard people say: “Paniyars will never change, they are too incapable of that.”

Of course, the change is needed, not for this hapless tribe, but for the mainstream society, like the highly educated officers we had met at the five-star resort.

As for me, the one month has changed my attitude toward these people and my outlook on society. It also earned me a nickname “TUDI aunty.”

[Sr. Tessy Jacob is a member of the Holy Spirit congregation and a second-year student of journalism at Christ College, Bangalore, in southern India. This column is part of collaboration between GSR and Matters India, a news portal that focuses on religious and social issues.]