Creating a true worldwide web of solidarity and action 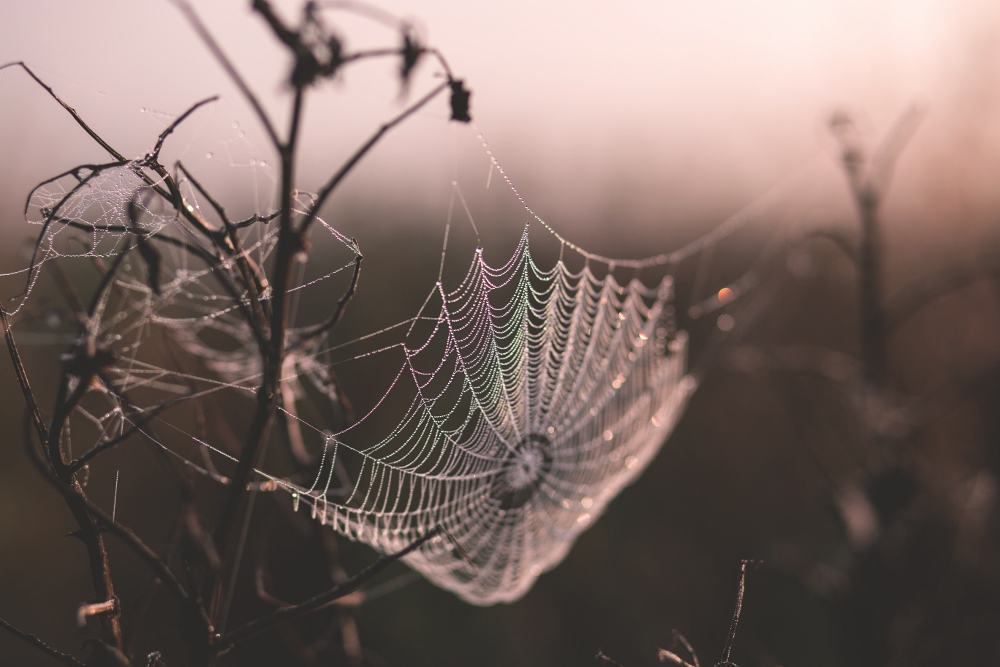 (FreeStocks.org, via Unsplash.com and used under Creative Commons zero)

Monday night half of my friends showed up in the same place.

As I scrolled down my newsfeed on Facebook, I paused as one friend after another "checked-in" from Cannon Ball, North Dakota. That is, they declared their presence at the Standing Rock Indian Reservation, which is currently embroiled in protests around the construction of the Dakota Access Pipeline.

Of course, they weren't there, but with rumors circulating that geo-locating yourself there — even virtually — would help those protesting, people of good will tried to make an effort. "I'm there." One friend wrote, while another chimed in, "Standing in solidarity with the Sioux people of Standing Rock, North Dakota as they resist the oil pipeline."

It's hard to tell if these messages of support made a real difference or helped to protect those on the ground, but, at least on one level, the effort of this mass assembly at Standing Rock brought the struggle on the ground into the consciousness of the larger community of friends and families around the world.

For that moment, thousands joined those in the fields of North Dakota in love and support and the World Wide Web was much bigger than a site. It was the recognition that, in fact, we are all one — interwoven in a web of relationship around the world.

Each one of my friends was there . . . but they also weren't.

That's part of the dichotomy of social media. A click of a button puts up a post without contributing any money towards the cause or soliciting political action. And just as easy as that click of the button, I could scroll down the page to find another post that would be more pleasing to my conscience, something to meet my momentary sensibilities and soothe my soul.

So, what does it mean to be truly connected in this day and age?

For one, it means being a part of a much more realistic worldwide web than the one on my phone or computer screen. It means connecting with real people and recognizing that those connections have implications and expectations.

We were made to be in relationship with one another. From the very beginning, each one of us was born into a web of relationships. Over time, we grow in these relationships and with each new person we meet, our webs become intertwined. There's no helping it. The true task of our living, though, is to recognize the nature of this entanglement.

For every action I undertake, every word I speak, every person or situation I engage, I pull on the strings of my web. Thus, when I am lifted up those I am bound to by relationship are lifted up too. Or when I try to sever a relationship, the change in tension in the web impacts all the other bonds I sustain.

It can be easy to forget these connections in the everyday, to try to fend for ourselves. Such thinking, however, is a false perception. The way I act or choose to live my life will impact others whether I realize it or not. The attitude I project into the world will rub off on others. The clothes or the food I buy are bound up in other people's lives and livelihoods. The choices I make for balanced or healthy living have implications near and far.

We are all members of a worldwide web, and our membership in this global system makes us responsible to and for the entirety of the system. We are not alone; we are all one.

Framing our connection in such a way draws us not only into the hearts of one another, but ultimately it leads us into the heart of God. This is the One who stands with us. Bound by humanity, Christ knows the perils and pitfalls of the web of relationships we belong to.These are not easy connections; they cost something, and yet, they form us in our being present to them. They call us to a consciousness of others so that in the web of such relationships we might find God.

All of this doesn't mean foreswearing the internet though. It means embracing the World Wide Web as a piece of the larger web of human relationships. If we let it, the internet and particularly social media have the power to expand our world.

With intentionality, we can become citizens of the world, connected to news breaking around the globe and engaged in the lives and times of people beyond our normal web of connection. Taking such a step requires purposeful engagement. It means stepping beyond the atmosphere of distraction so prevalent in the digital age to engage a world of relationship present both in-person and online.

As Christians we need to be in both of these places. One is not better than the other; they are simply different ways of connecting and communicating. Interactions, both online and in person, require compassion, presence, and active involvement. You can't forget the person on the other end and, in turn, the call to action spurred on by human relationship in a world that is constantly connected.

If you can see the world this way, it levels the playing field. A world that seems vast and divided is actually strung together quite tightly. It is a world in which all that I do and all that I am influences the world around me. I am connected in ways I can't even imagine, to people I may not even know. Yet we are sisters and brothers.

As we stand on the precipice of a presidential election, it's helpful to remember that. No matter our differences, we are one — united in a shared humanity and bound to influence one another. We face the choice of how to be one in the web that strings us together. This goes beyond the powerful tool for consciousness-raising and conversion-making at our finger tips to the worldwide web of grace and love that lies within us.

Once we can tap into that, there's no limit to where we might go.

[Colleen Gibson is a Sister of St. Joseph of Philadelphia. Author of the blog Wandering in Wonder, she currently serves as assistant director of campus ministry at Chestnut Hill College in Philadelphia.]

Creating a true worldwide web of solidarity and action