The first true spring rain has been falling for a few hours now, and I relish the fresh breeze it sends through my open window. Like a metronome, the steady conversation of the drops slows my mind's pace. As I give thanks for this water so gently nourishing our garden's seedlings, a memory of another conversation arises: one that unsettles rather than calms, but one that I need to remember often.

It happened in March in New York, where I was attending the U.N. Commission on the Status of Women (CSW) as part of a group of Dominican Sisters and laity from around the world. We had spent the better part of two weeks learning about the realities of women and girls in rural areas, the theme of this year's CSW.

We'd heard presentations on human trafficking, child marriage, women-led cooperatives and women and sustainable agriculture. This particular day, I had attended a presentation on climate-induced displacement.

When our little Dominican group gathered to debrief at the end of the day, I described what I'd learned about the tragedy of climate refugees, the millions of people forced from their homes due to changing climate patterns, drought and increasing extreme weather events. I expressed sadness and outrage at the apathy I see around me and sometimes feel within me, when so much of this destruction is perpetrated by the corporate and political interests of my own country.

When I finished, a sister from the Solomon Islands, previously very quiet in our evening discussions, began to speak. She explained that although she had grown up in Kiribati, an island nation not far from Hawaii, most of her community had relocated to the Solomon Islands in the 1960s. They made the 3,500 mile trek westward because drought and drying wells were making life on Kiribati increasingly tenuous. And so they left. Before there was a name for it, she was a climate refugee.

I stared at her in shocked silence: we'd been together for the past week and a half and I'd known none of this. We had shared train rides and conversations about our lives as women religious. I had watched her delight in seeing snow for the first time and listened to her describe the tightly woven social fabric of her village. I had no idea that the family, friends and Dominican sisters she described with such tenderness were themselves climate refugees.

I felt humbled and chastised. I had been talking about climate refugees in the abstract while one of "them" was sitting right beside me. Just like that, my world got larger — and more connected.

Here in Wisconsin, we are still insulated from the effects of climate change. My agricultural work makes me more aware of shifting weather patterns, but to be honest, aside from warmer winters and less snow, we don't yet feel it personally. Our taps run clear with abundant fresh water, our grocery stores are stocked with imported tomatoes in January and our temperature-controlled houses ensure that we suffer from neither heat nor cold. We are among those who contribute the most to climate change, and we are the least affected.

For me, this begs a litany of questions. Will we continue to turn a blind eye to these global realities until we have no other choice? Are we as women religious willing to choose sacrifice and self-limitation in the ways that we travel, eat, purchase, pray and interact with the world? What do poverty and the common good ask of us in response to climate change?

In his deeply moving essay "The ecology of prayer," Fred Bahnson offers a direct challenge to Christians: "If the underlying message is that we just need to green up our lifestyles without any real sacrifice, what's the point? But no, I fear that the crisis before us will ask far more of us than we realize. Climate change can't be just another bullet point on the church mission statement. We need a deeper form of political engagement, one that leads us to confront the darkness of the human heart."

I recently read that Kiribati, now struggling with rising sea levels, land loss and saltwater contamination of drinking water, is soon to become the first country in the Pacific to relocate and rebuild an entire township in response to climate change. This will come at the cost of hundreds of millions of dollars, not to mention loss of homeland and possibly culture. Can we confront this darkness?

In his essay, Bahnson suggests that our only appropriate response to climate change is to become what theologian Elizabeth Johnson calls "beholders," people whose contemplative awareness extends beyond the lens of humanity. I like that. It seems to me that this beholding brings us closer to seeing the world as God sees it.

But it's not without cost. For Bahnson, being a beholder "will lead me deeper into the Good Friday of the world's wounds than I care to go. I want to stake my claim on the wild hope of the resurrection, to see the new life clawing its way out of the old carapace, but I need new eyes to see it."

I know it's the Easter season, but when it comes to our relationships with the natural world, I agree with Bahnson. Much of our world lives in the Good Friday of climate change. Unless we let ourselves go there, too, we'll have no eyes with which to see the possibility of resurrection. Can we take off our blinders and risk becoming beholders together?

[Christin Tomy is a Dominican Sister of Sinsinawa, Wisconsin. While living and working in Central and South America, she discovered a passion for ecological work, and she currently ministers as Care for Creation Coordinator at Sinsinawa Mound.] 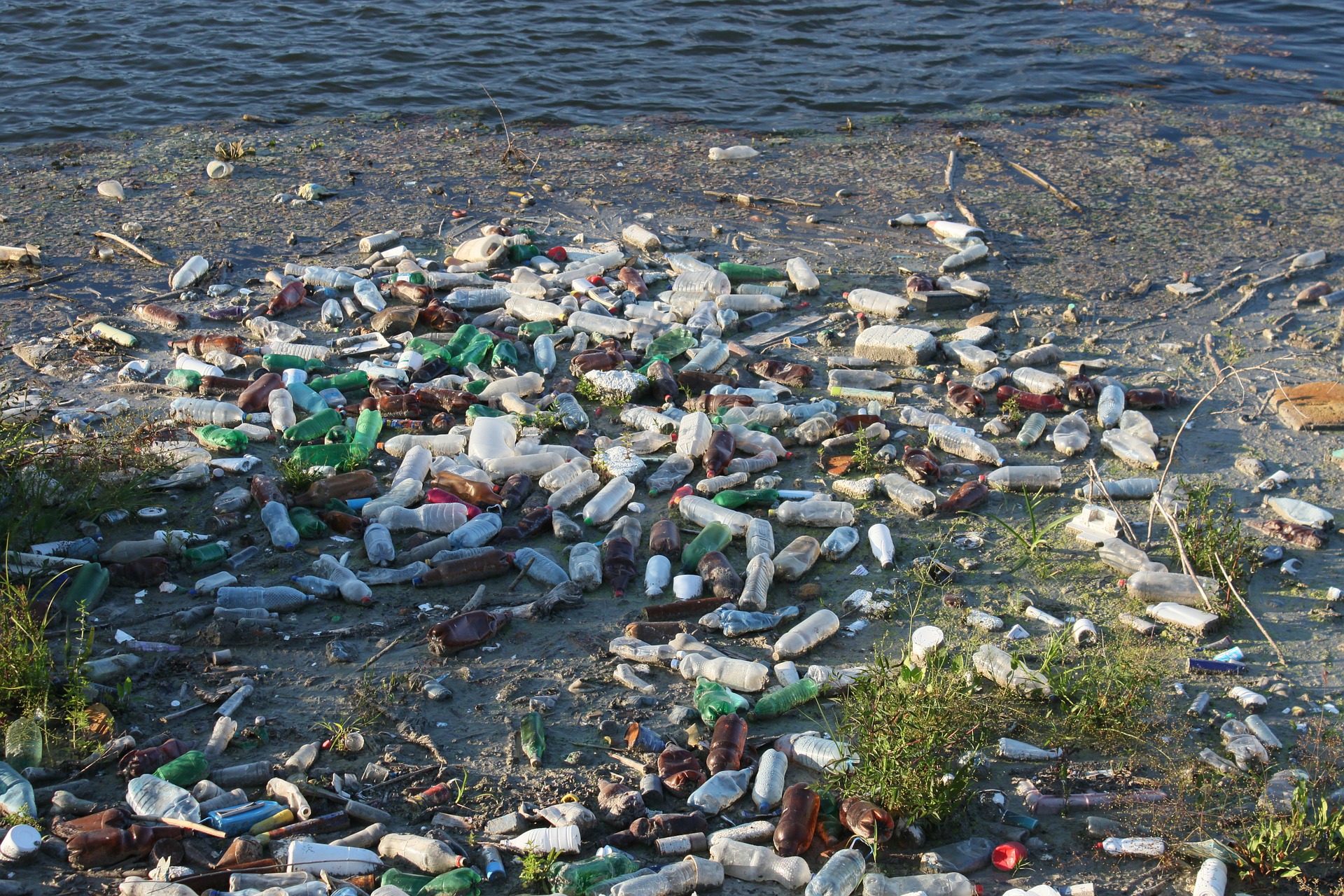 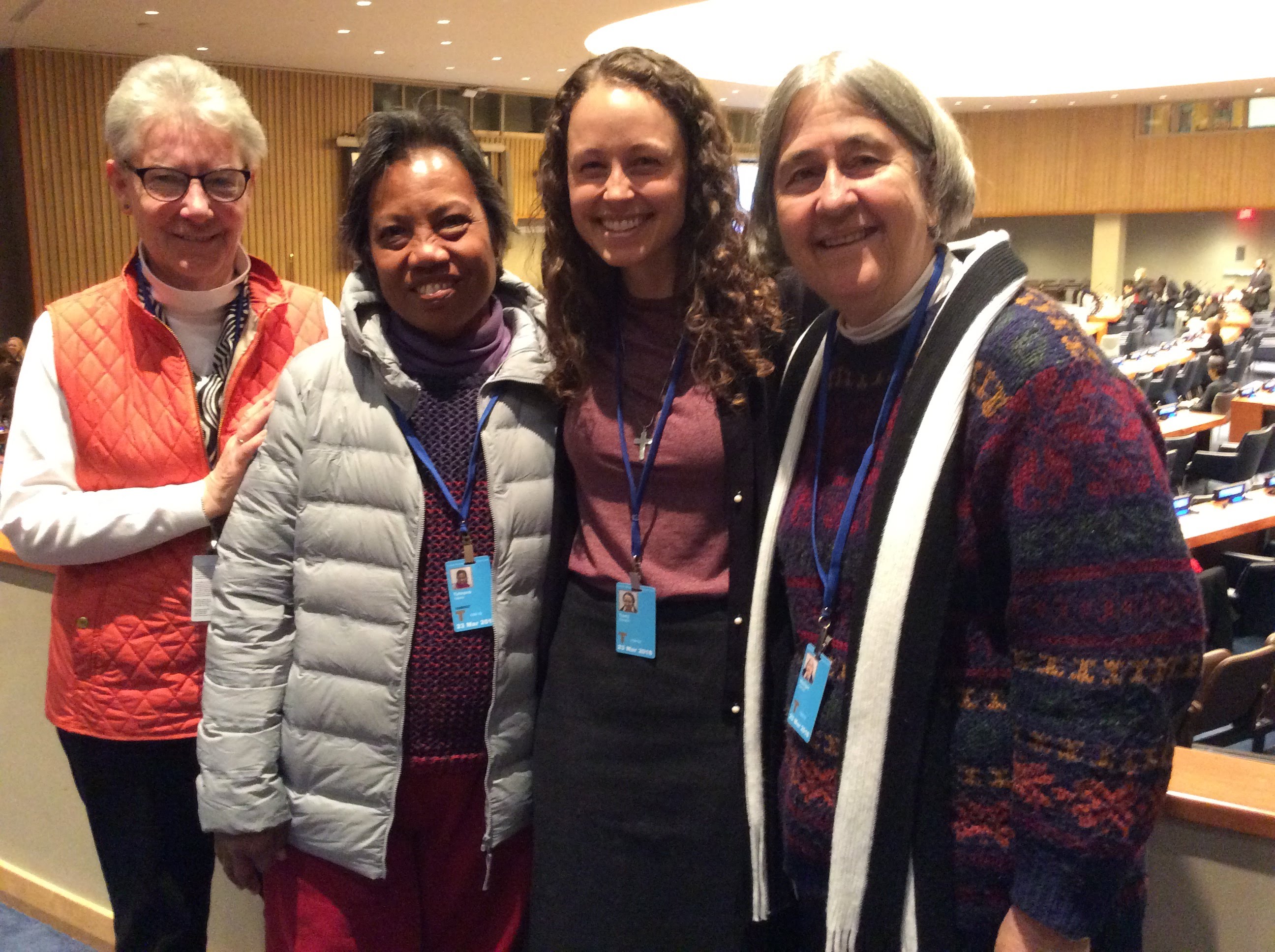